As first reported by MOTOR back in July, the need decrease fuel consumption and emissions has led Porsche to introduce a turbocharged engine to its 911 Carrera range for the first time.

A 3.0-litre twin-turbo flat-six in two states of tune replaces both the previous 3.4-litre and 3.8-litre naturally-aspirated units that powered the Carrera and Carrera S respectively. Speed also increases, the Carrera dispatching 0-100km/h in 4.2sec (an improvement of 0.2sec) when equipped with the seven-speed PDK gearbox, while the Carrera S dips under the magic four-second mark for the first time, claimed to hit 100km/h in just 3.9sec.

As you'd hope given it was the reason for the change, fuel consumption has also improved markedly, a PDK-equipped Carrera claiming just 7.4L/100km on the combined cycle, and the more powerful Carrera S just 0.3L/100km more. Other mechanical improvements include Porsche Active Suspension Management being made standard on all models, rear-wheel width increasing by 0.5 inches (with the Carrera S now wearing 305mm rubber) and Porsche's rear-wheel steering system, lifted from the current 911 Turbo and GT3, now an option on Carrera S.

In fine Porsche tradition, exterior tweaks have been limited to new headlights and taillights, redesigned door handles and a new louvred engine cover.

Inside the changes have been greater, with the latest Porsche Communication Management offering a smartphone-like touch-and-swipe interface. 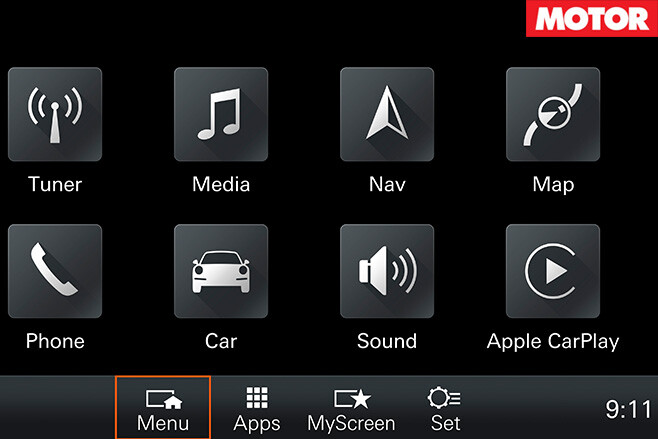 Another big change is the appearance of a four-way selector switch on the steering wheel of cars equipped with the Sport Chrono package, which allows the driver to alter settings for the transmission, PASM, exhaust and active engine mounts from Normal to Sport to Sport Plus, or save a combination of favourite settings under Individual.

With extra equipment now standard, prices have crept up by roughly $10,000 across the board, with the updated 911 range set to debut locally in mid-March 2016 as follows: