We all have memories of a ‘10-second car’ Brian O’Conner needs to deliver Toretto in the original Fast & Furious movie. That car is an A80 Toyota Supra with very 2001-esque vinyl graphics and a huge rear wing. It’s iconic to fans of the movie, and it's back – sort of.

Several day-glo orange A90 GR Supras spotted on the set of Fast 9 have been uploaded to Instagram via user pw40. They were taken in Georgia’s capital, Tbilisi, as the crew filmed the ninth instalment of the popular series.

It’s clear to see that while the Supras are sans graphics, we wouldn’t be surprised to see a few NOS bottles appear as they did in the original film.

Eight A80 Supras were used in original filming, but only one of them was manual and an original turbo variant. Branded ‘Hero 1’, the feature car was also the only one to be tuned with performance upgrades. Many of the stunt cars went on to be used in 2 Fast 2 Furious, while the red, engineless Supra that originally arrives as the ’10-second car’ was borrowed by Rhys Millen.

A black 1970 Dodge Charger was also spied on set, complete with a full widebody kit, and would no doubt be driven by Vin Diesel’s alter ego, Dominic Toretto. However, how it and the Supras have been written into the storyline (given Paul Walker’s passing) is yet to be determined. 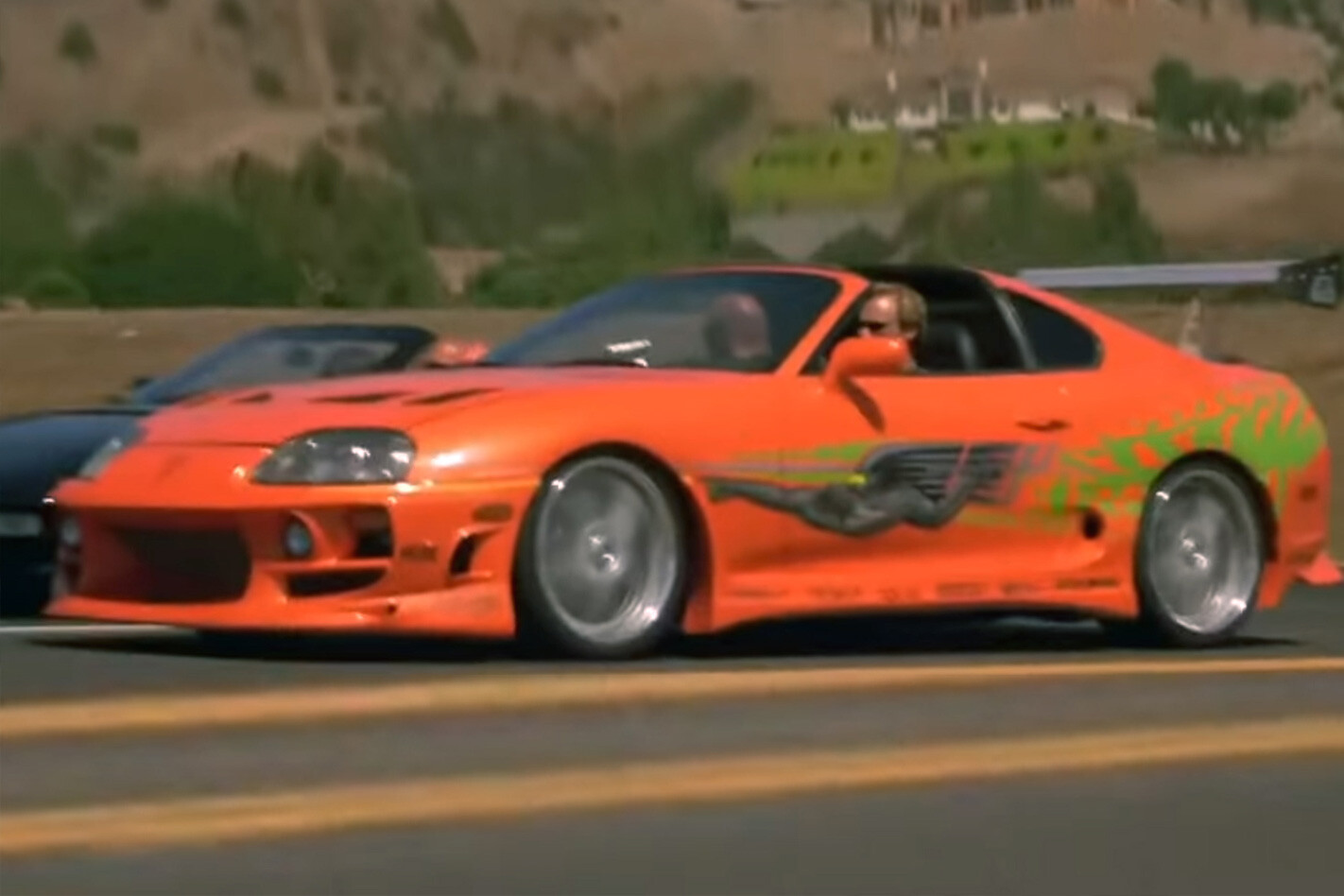 Fast 9 is expected to be released in May 2020, which is a year later than predicted and gives a chance for the off-shoot Hobbs & Shaw to gain traction of its own. Until then, we’ll just have to continue living life ‘a quarter-mile at a time’.