Plenty of positives for new-gen roadster, but no sign of a Plus

It is all about the air-to-weight compromise with the second-generation Audi R8 Spyder unveiled at this week’s New York Motor Show.

As with most cloth-topped versions of coupe siblings, there is a need to balance mass-adding rigidity required for lopping the roof and letting the sun shine in, but without sacrificing performance. Audi has provided some interesting statistics for its mid-engined V10 folding-roof supercar. 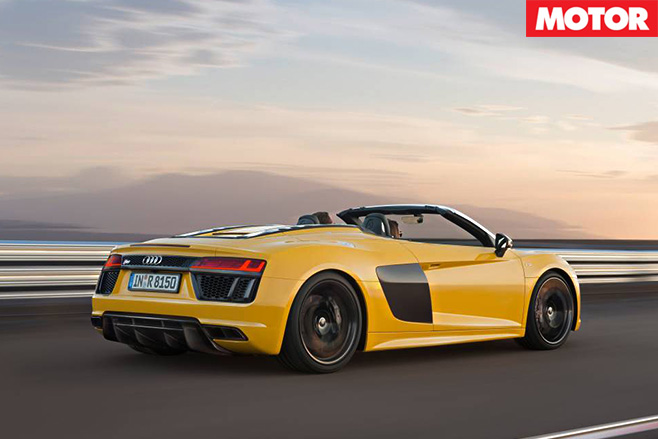 The R8 Spyder’s dry weight of 1612kg makes it 158kg heftier than the hard-top version. The mostly aluminium (79.6 per cent) spaceframe weighs 208kg, or 8kg more than the coupe. The electro-hydraulic soft-top weighs 44kg and folds automatically in 20 seconds at up to 50km/h. 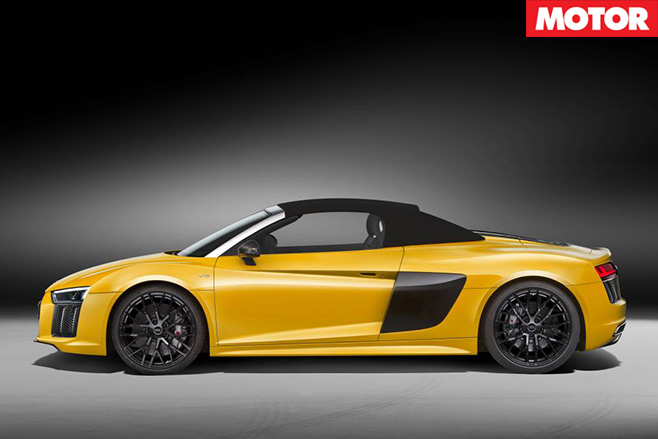 At least for now, however, the R8 Spyder won’t be available in V10 Plus specification with the full-fat 449kW, but rather only the entry-level V10 with 397kW and 540Nm. A seven-speed dual-clutch transmission with variable all-wheel drive is likewise the single availability.

The 0-100km/h claim of 3.6 seconds is a tenth slower than the coupe equivalent. Top speed is lowered from 323km/h to a still rather toupee-torching 318km/h. 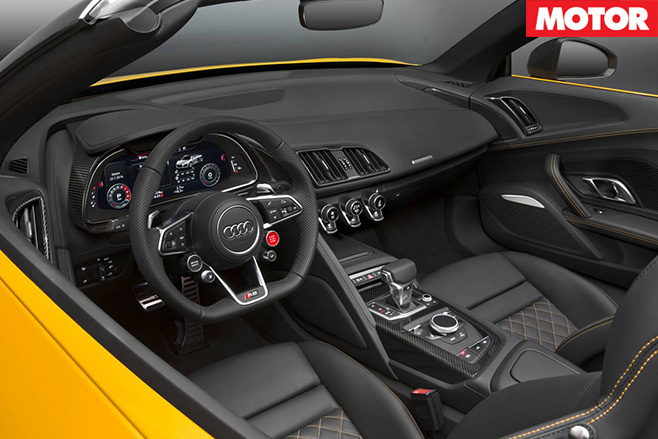 No doubt Audi will use an opportunity to nab another round of press reports for the R8 Spyder V10 Plus version at its chosen timing. 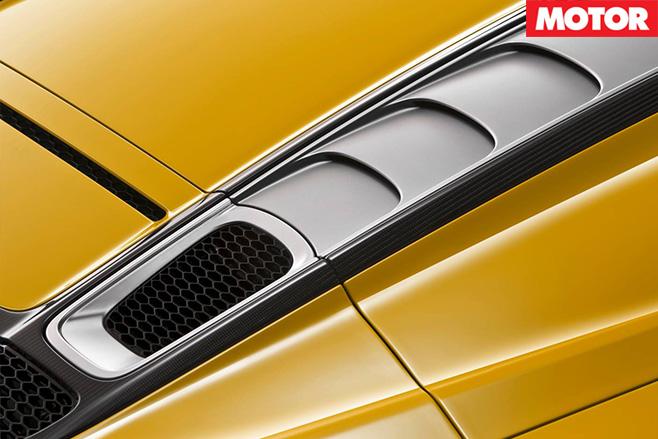 The R8 Spyder will arrive in Australia in the first half of 2017. The previous model commanded a $16,000 premium over the hard-top V10, which would equate to a $370K ticket if the gap is retained for the new model.