We’re all familiar with the wall of model cars for sale present in every games shop in the country. It’s probable you’ve got some if you’re anything like us.

But have you ever considered what would be possible if you could make paper car models? 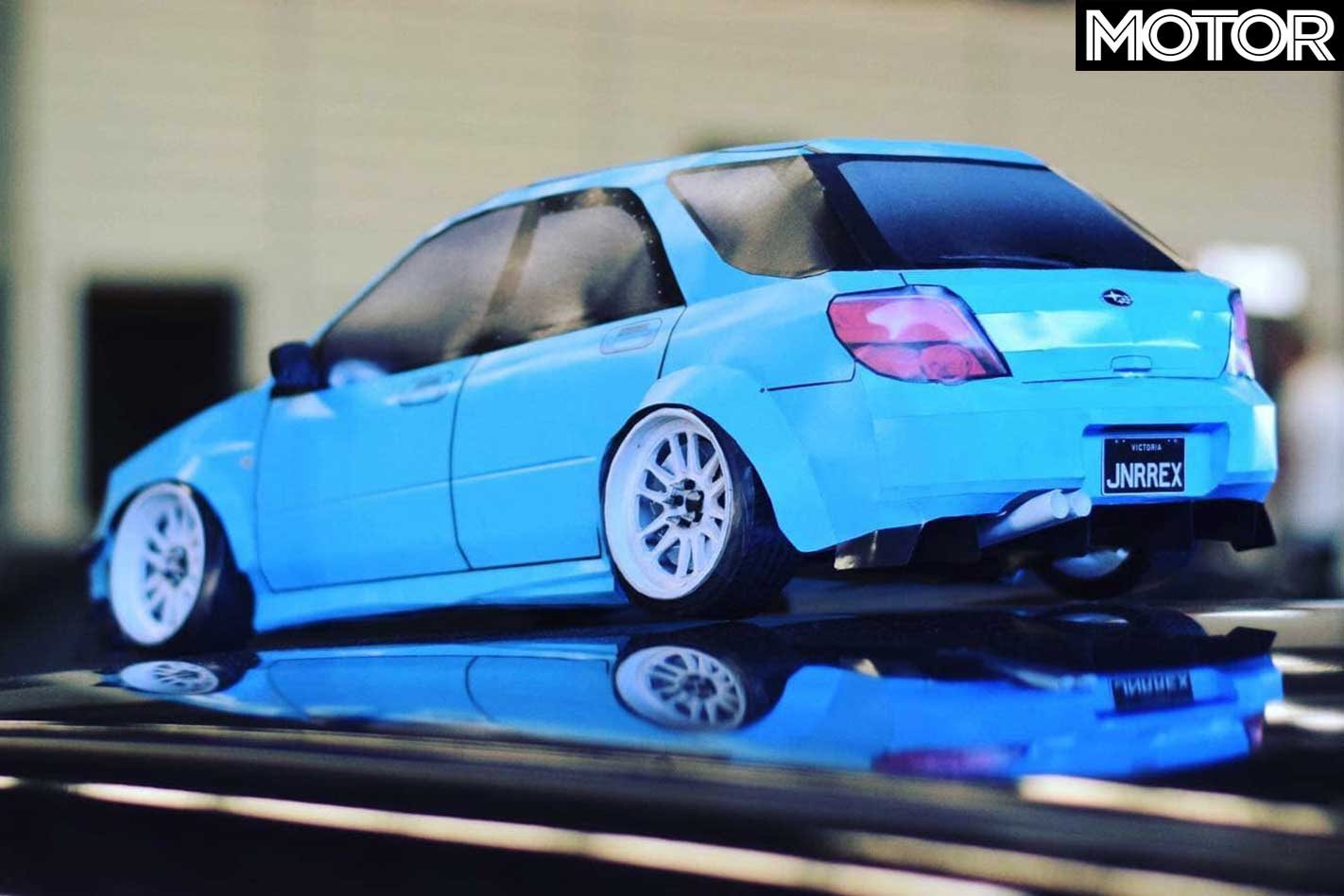 We’re not talking about those box-shaped, generic car models your kindergartener can make, we mean properly accurate, scale models of real cars.

If you’ve seen these, it’s possible you’ve seen Melbourne-based Hacaosuka Designs, a.k.a Thomas, getting around on Instagram.

“My name is Thomas Truong and I’m 19-years-old,” he says, “I got into cars probably the same way as everyone else.”

“Fast and Furious movies, Gran Turismo and Need for Speed games... I realised my Dad was also an influence, which I found out when I was about 10-years-old. One day, he brought home a 1965 Ford Mustang Fastback on a trailer.” 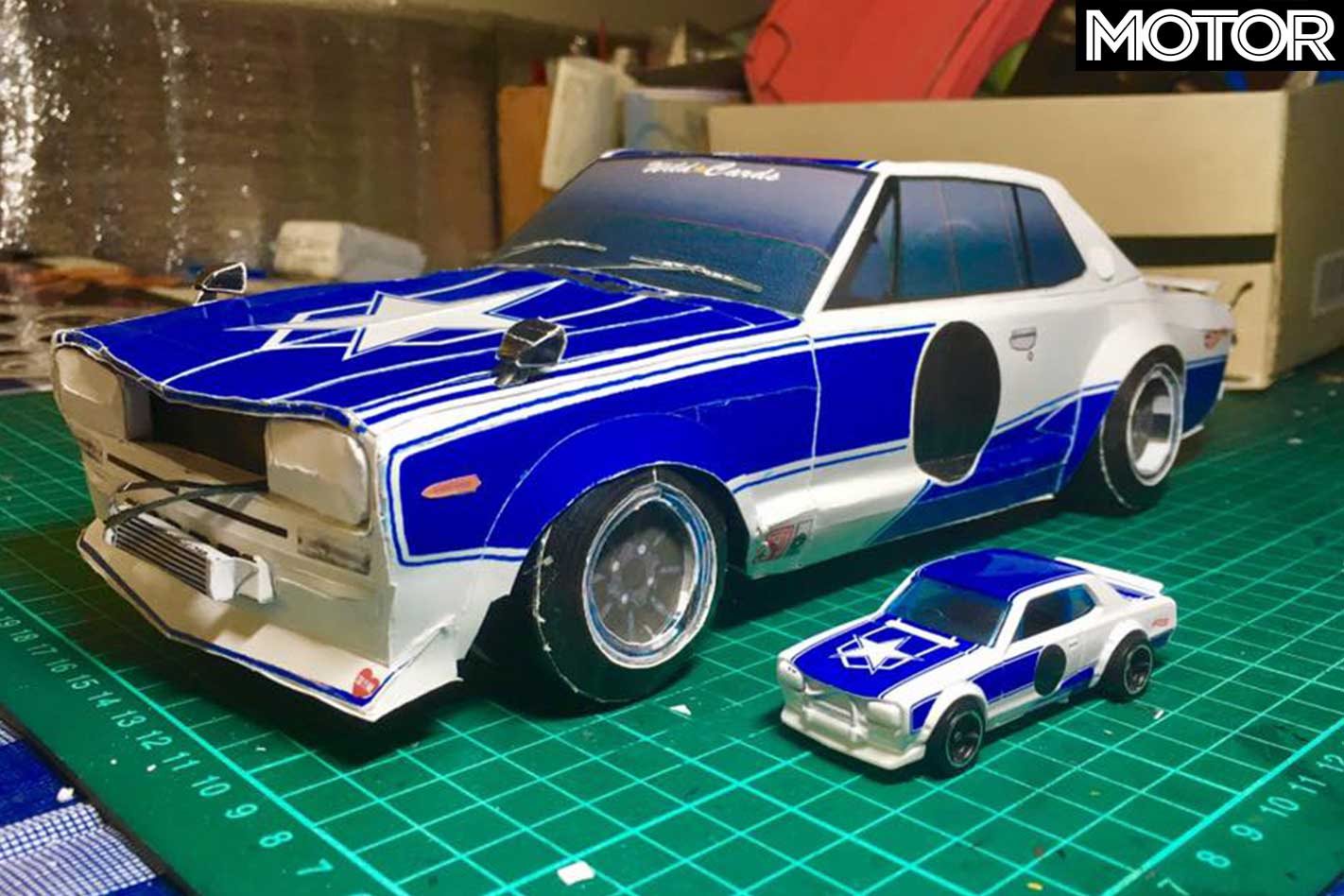 But where most of us were happy to build our own cars in videogames or, if money allowed, in the full-sized metal, Truong found a way to create car the way he wanted.

“How I got into paper cars is an interesting story. I always loved to build and make things like Lego kits and plastic models,” Truong says.

“These were expensive hobbies a few years down the track.

“I discovered paper models building characters, from a game called Minecraft, which were very blocked shaped and people had created templates which I could cut out and build.

“At some point though, I was curious and I searched up paper cars. From there my mind was blown away. The first paper car I built was in fact a Lexus LFA.” 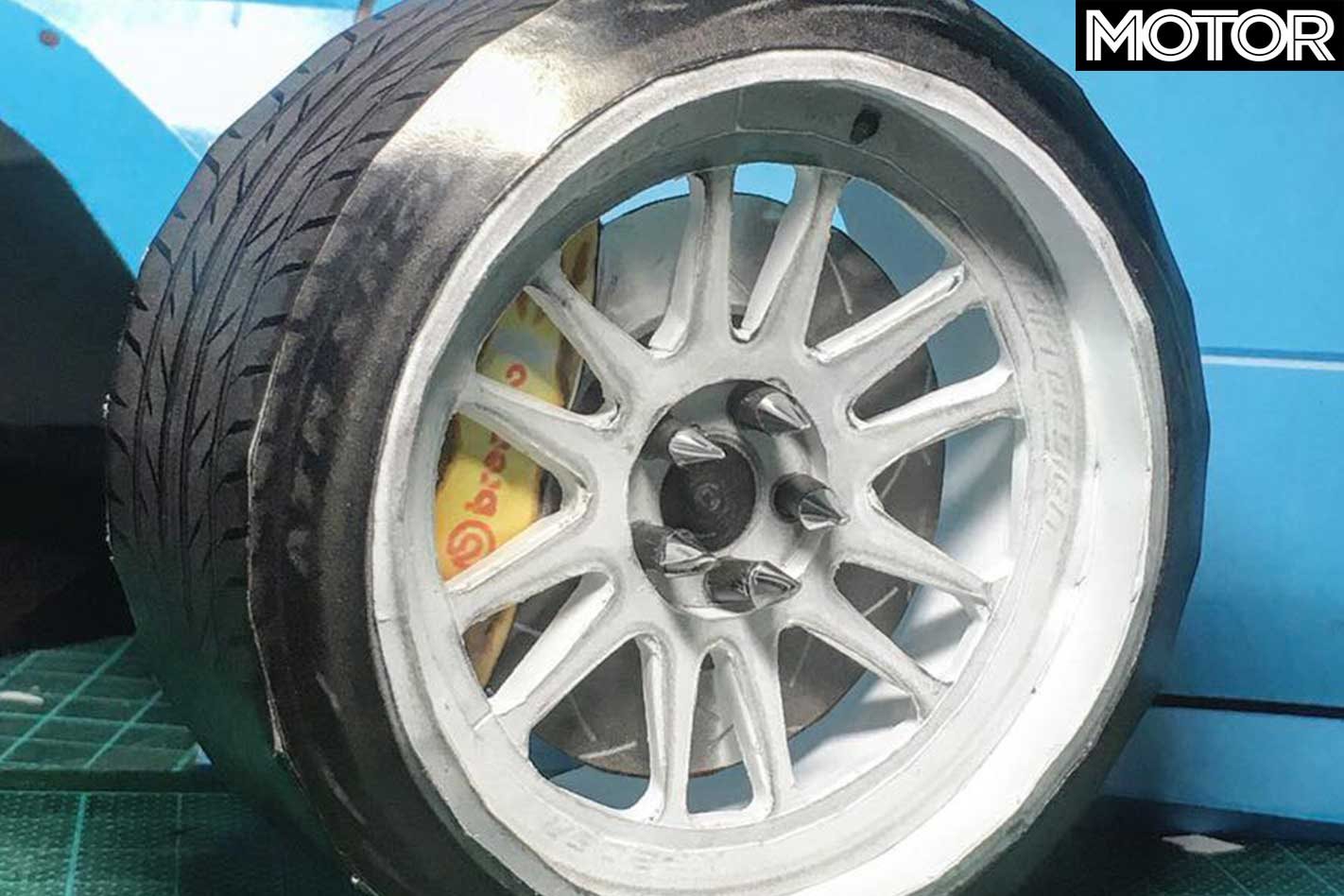 While a lot of the cars he models are relatively modern Japanese cars – we’ll get to why that is – Truong says his favourite cars to create are actually much older.

“The cars that gets me most excited are classic Japanese cars from the ‘70s to ‘90s. I haven’t had the chance to model many cars from that era yet but I believe I may do a few in the future.

“I enjoy modelling any car, as long as it’s not a car you see every day on the roads.

“Japanese cars are still my favourite to model as there are so many different makes and models out there, meaning different body styles and more challenges with every car.” 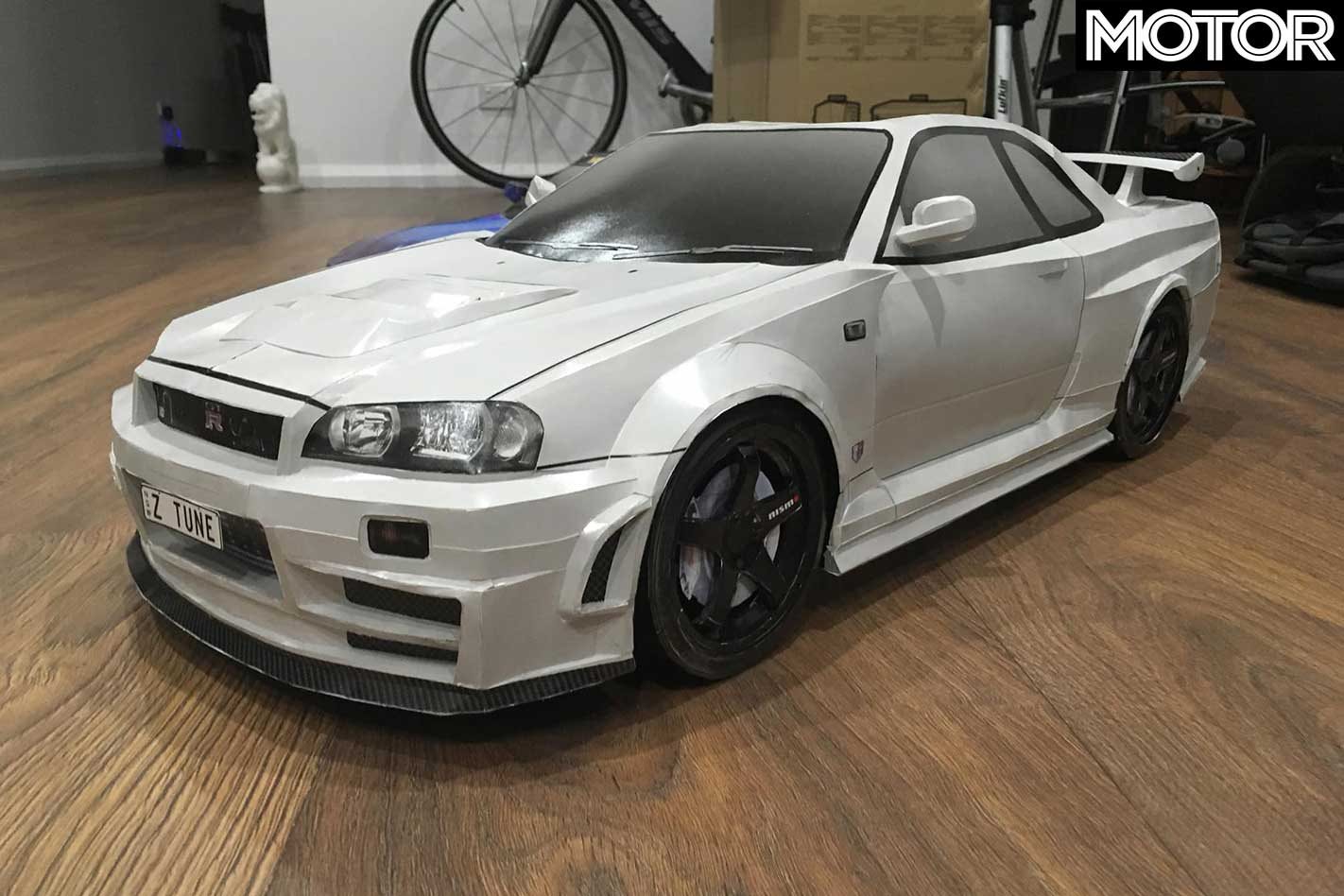 Truong’s love for classic Japanese cars is actually what inspired his Instagram handle, and the name by which most of his followers know him: ‘Hacaosuka Designs’.

“My favourite car of all time is no doubt the 1971 ‘Hakosuka’ Skyline GT-R. It would be a while to get to the stage of owning one (a non GT-R version), so I would love to have a Toyota MR2 SW20.”

Truong has also created a paper version of Datsun’s ute, known colloquially as ‘Hakotora’, which was the first model he was commissioned to create.

Truong says he had to send it to the owner in a Styrofoam box with a hole in the end, full of newspaper. 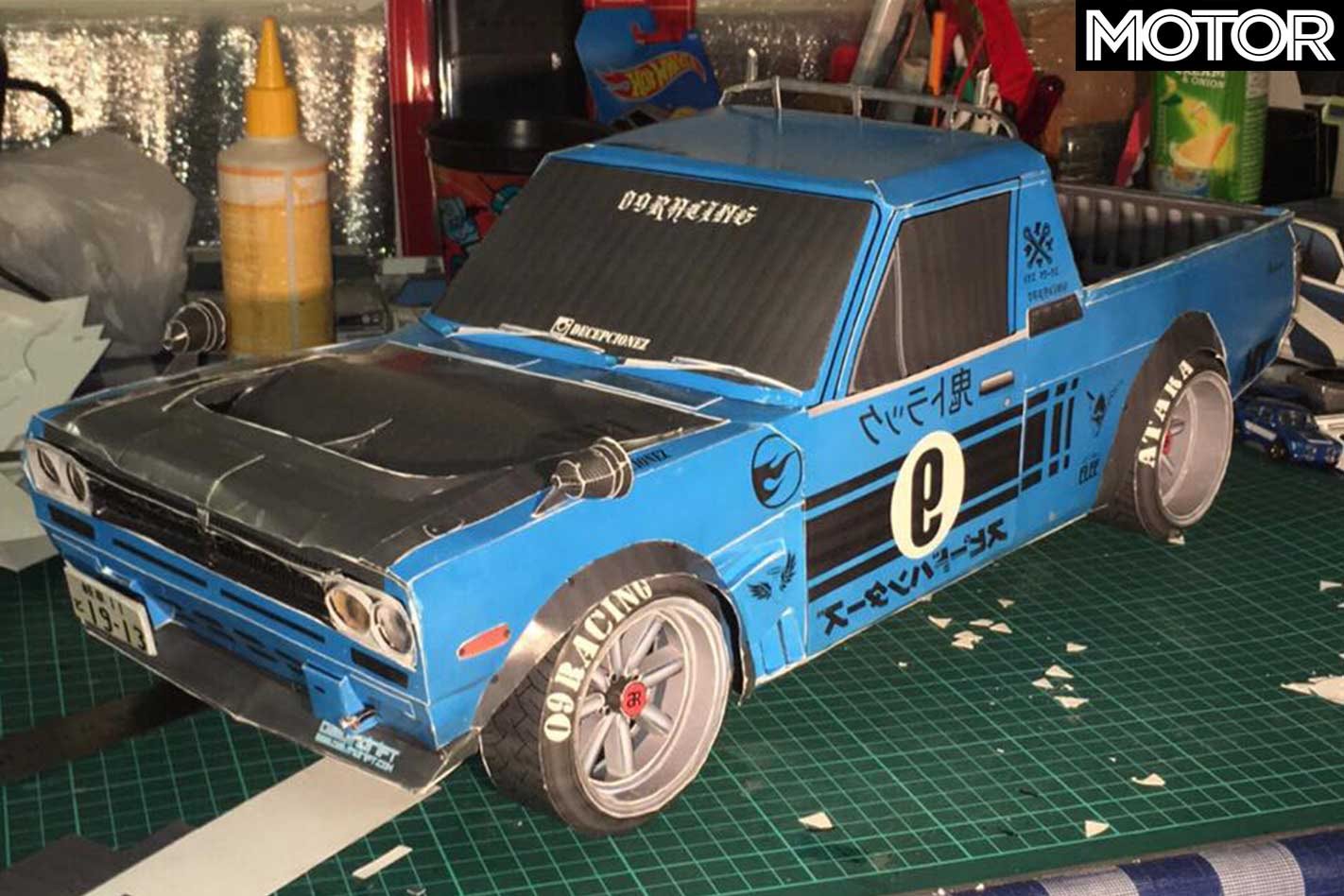 Since, he’s built a number of different models for owners of modified cars, with the rest of the year pretty much booked out with commissions.

One such commission came from the US, a Datsun 260Z owner wanting his car recreated in paper form.

“I was thinking of doing commissions before that, but I didn’t think it would be someone from the States that would have asked me!” 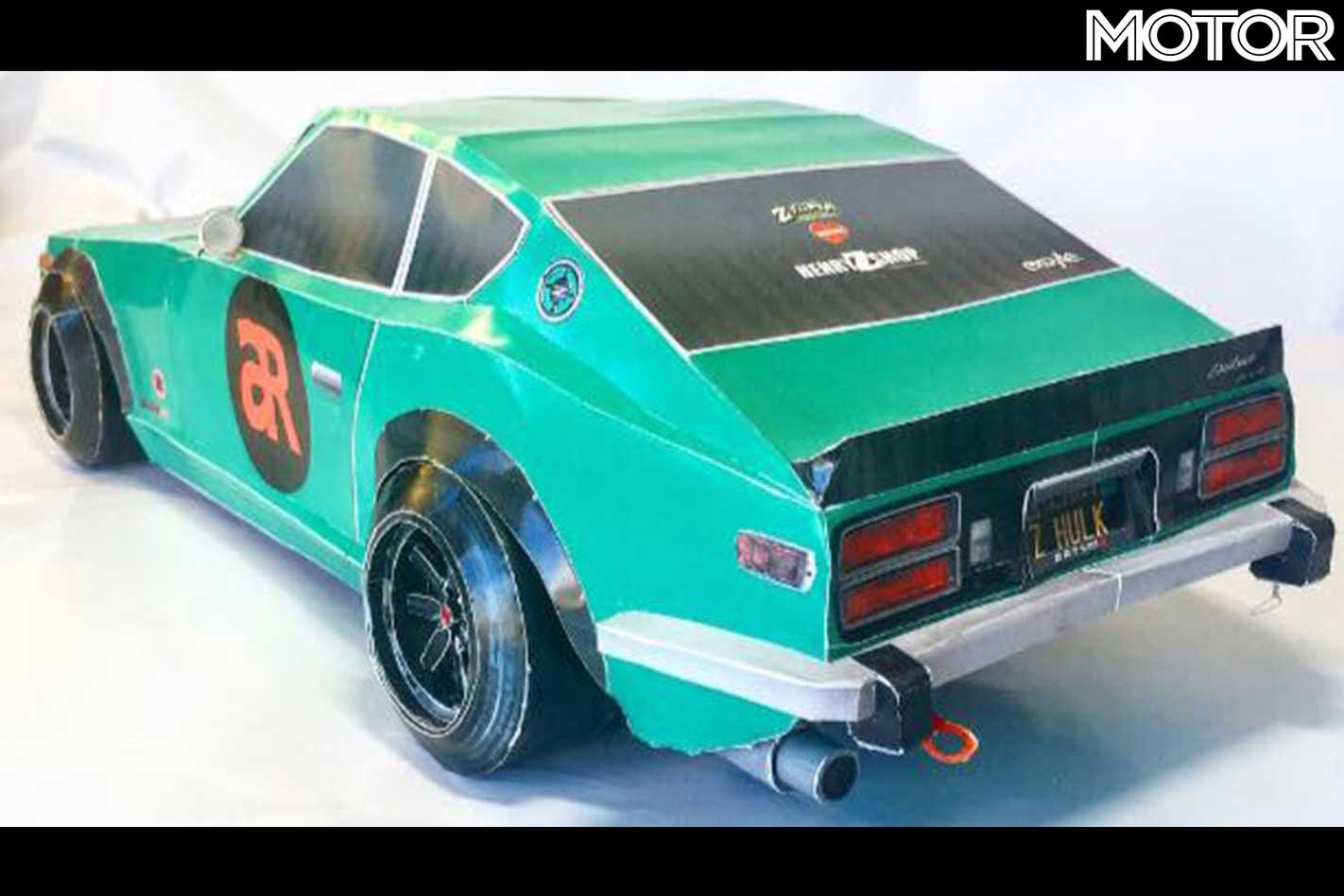 He says most of his builds take around a week and a half, from the design stage right through to the paper model, that’s when he can set aside several hours of work each day.

The process starts with a digital 3D model, which Truong creates himself in Sketchup Pro, then onwards to a template program called Pepakura Designer to create the printout. This program is essential to the process, Truong says.

So after yesterdays unveiling at Geneva, the temptation was too much 😂😂 so 5 hours later we have the front of the @koenigseggautomotive Jesko complete 🙃 Not sure to decide if free to release or not yet. Lol 😝 @aryanshastri16 Another collab in the works! Interior or not havnt decided yet #paper#papermodel#papercar#art#cartart#design#render#3d#3dmodel#scale#replica#koenigsegg#jesko#supercar#hypercar#gims#cool#dope#sick#drawing#sketch#hobby#genevamotorshow#wide#carthrottle#drivetribe#topgear

The rest involves skill with paper and some coordination, as well as a layer of clear coat once it’s all together.

The result is a 60cm-long paper model, though Truong says he wants to start using a more accurate scale “so when you put [the models] in a row, they would be accurate as 1:1 [comparative] scale.” 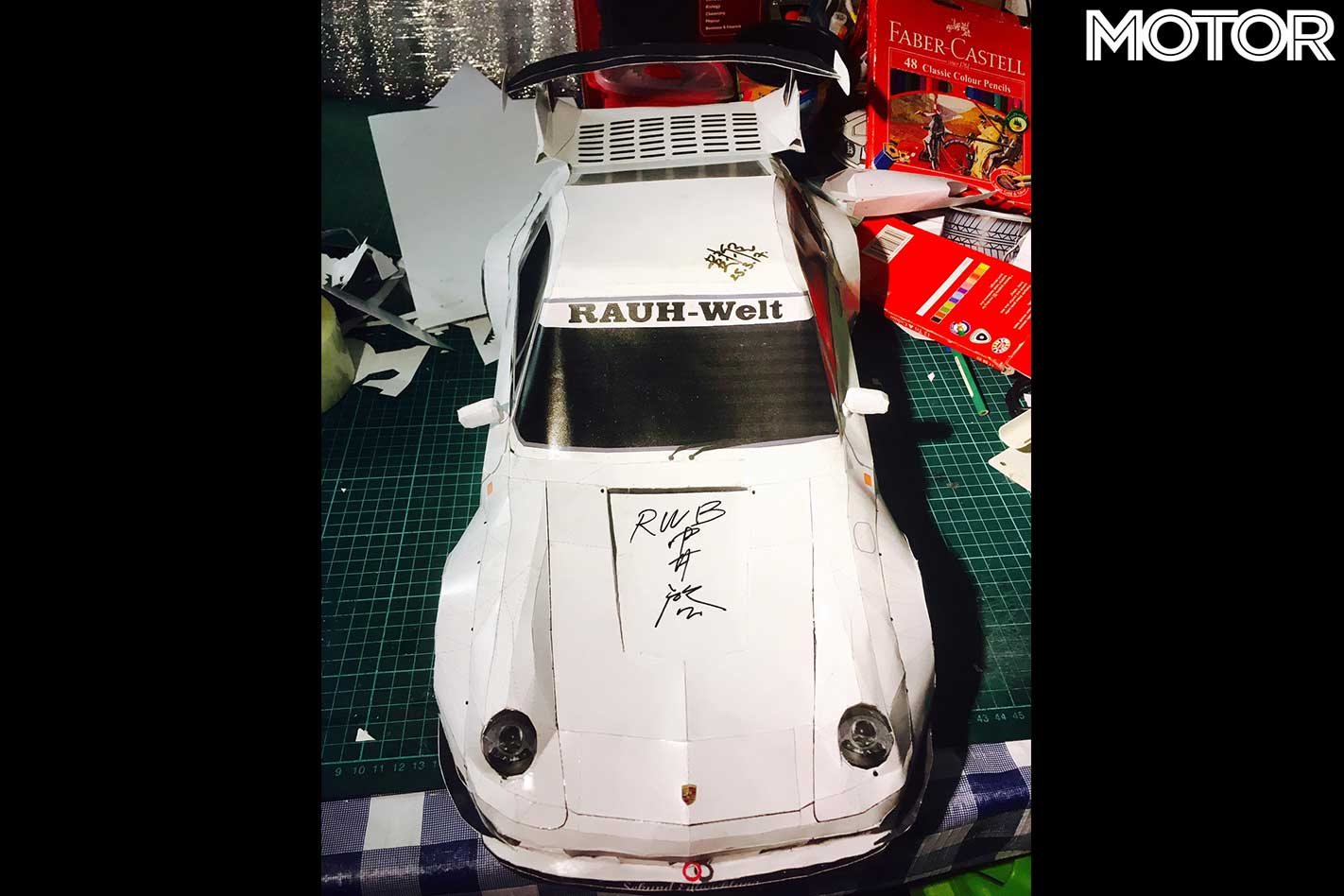 Currently, the list of commissions for Hacaosuka Designs sits at 20 models long, with each based on the buyer’s own car – Truong doesn’t do commissions for cars not owned by the buyer, though he does occasionally build cars for his own personal interest.

His current project is a Koenigsegg Jesko and, if he can pull that off accurately, it’s proof he’s got the skills to build anything.