IT WASN’T that long ago that ordering a carbonfibre-constructed car meant setting aside a budget equal to the GDP of some small-to-mid-sized countries. 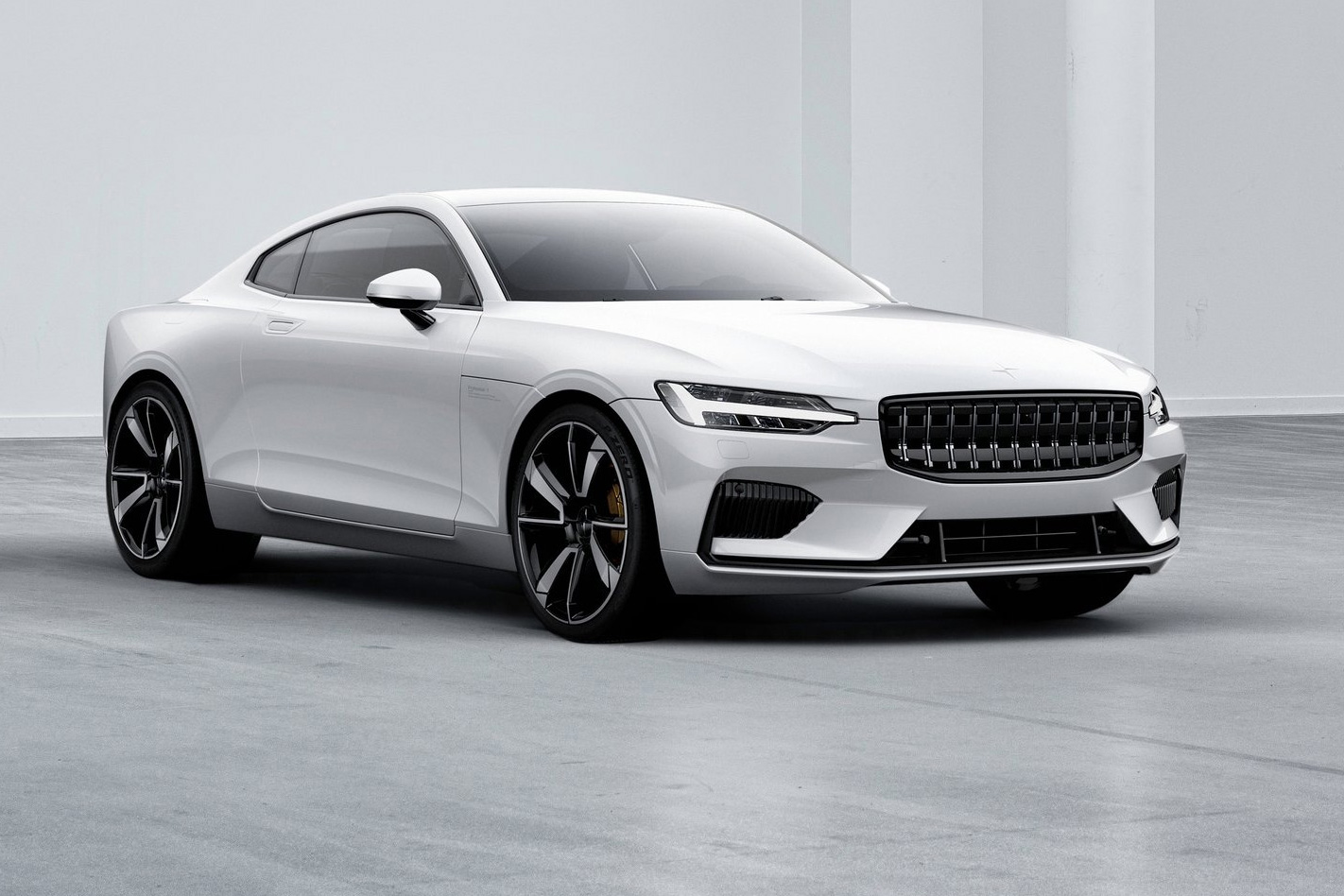 It is no coincidence that early examples of road cars that used the exotic material structurally, including the Jaguar XJR-15, McLaren F1, Mercedes-Benz CLK-GTR and Pagani Zonda were all very low-volume production cars and viciously expensive.

But as the science of carbonfibre construction has advanced, the material has become more reliable, easier to produce and, critically, cheaper.

Polestar is the latest manufacturer to weigh into an emerging market where vehicles are adopting carbonfibre for load-bearing components and body panels, but keeping prices away from the white-hot end of the spectrum. 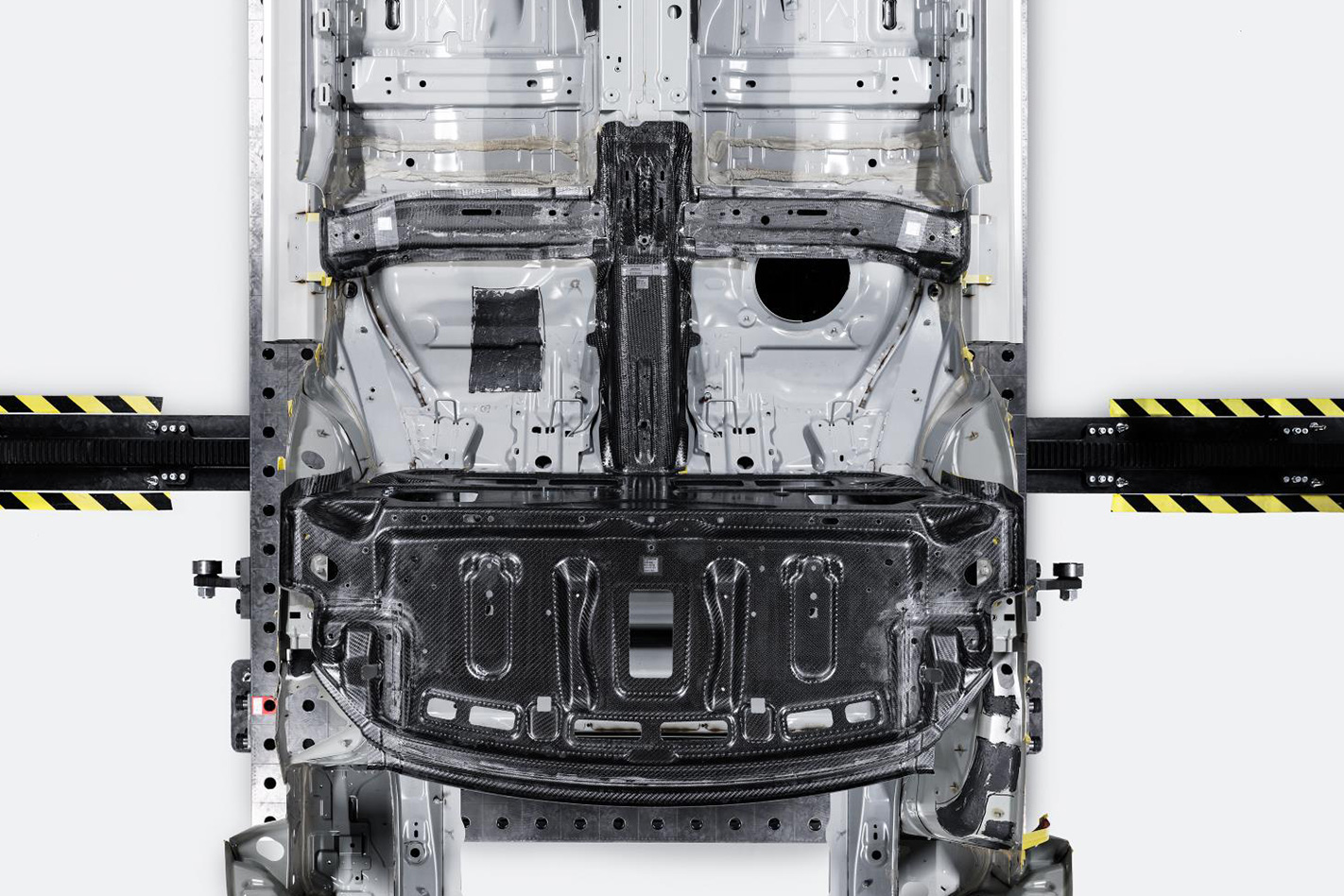 For its new Polestar 1, the Swedish-brand has saved 230kg by using carbonfibre to produce structural parts instead of traditional metallic construction. Under the paint of the plug-in hybrid sports coupe, the bonnet, boot lid, side panels, doors and the entire roof structure are made from the composite.

Another component – nicknamed the dragonfly – is also carbon, which swaps high-strength steel or aluminium for more composites. Polestar says the net result allows the finished product to be stiffer, dynamically superior, lighter and safer.

Read next: Carbon Ceramic Brakes guide – worth the spend?

It’s significant because the Volvo’s performance partner’s first standalone model will be another car that directly benefits from carbonfibre technology without the dizzying prices traditionally associated with its performance.

Here are some of the other offerings that Polestar’s 1 joins in the growing fleet of cars with carbonfibre bones. 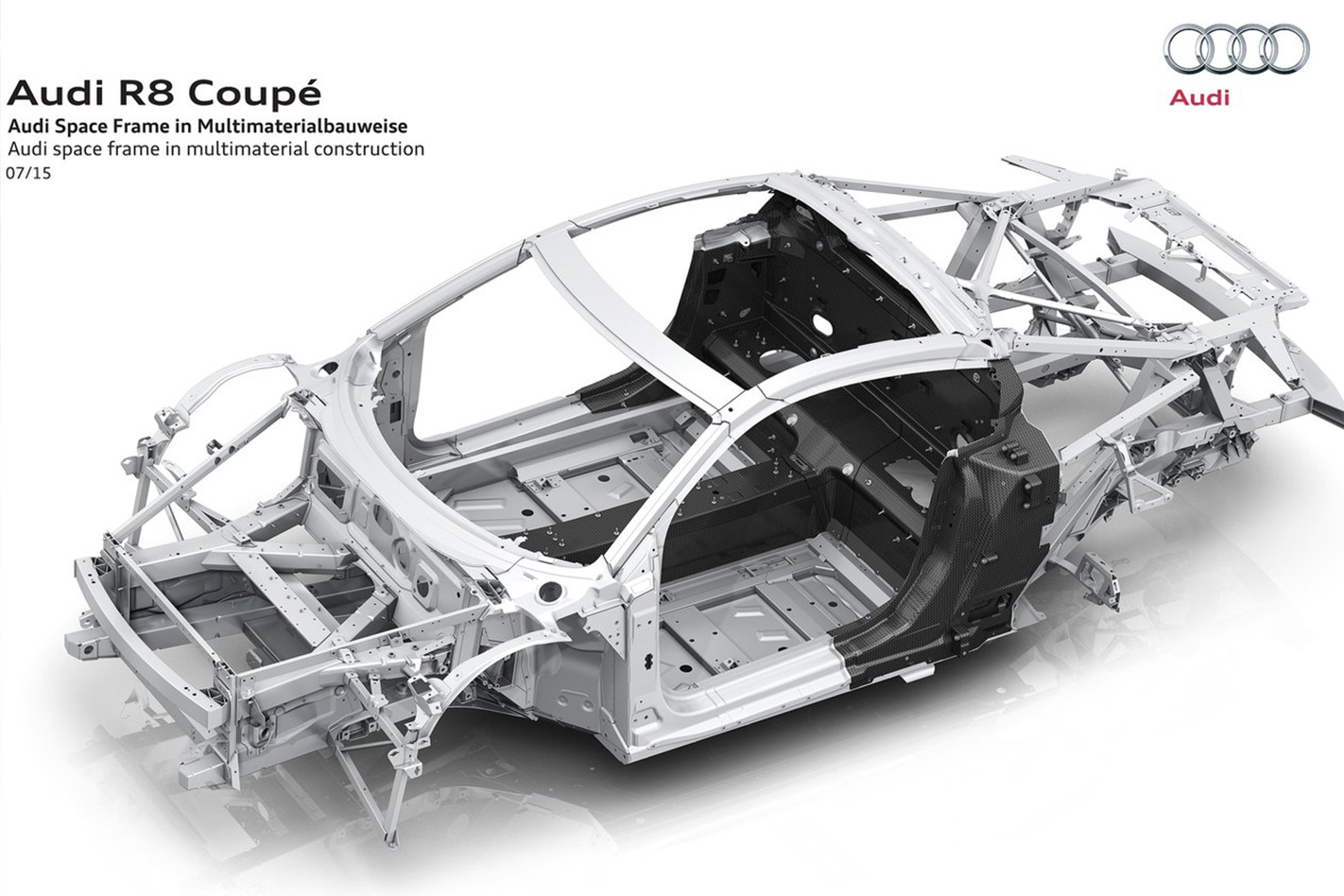 So the R8 mid-engined supercar might not exactly be an affordable mainstream model that you’ll encounter on the road every day, but it represents a segment that is becoming more attainable by the day.

A significant part of the spaceframe is made from the composite forming a tub at the vehicle’s core that other aluminium components bolt to.

While the Huracan from sister brand Lamborghini has a starting price of nearly $400,000 you can have an Audi R8 RWS, which has the same carbon heart for less than $300,000, bringing the realm of brutish supercars to more wallets, and that trend is set to continue. 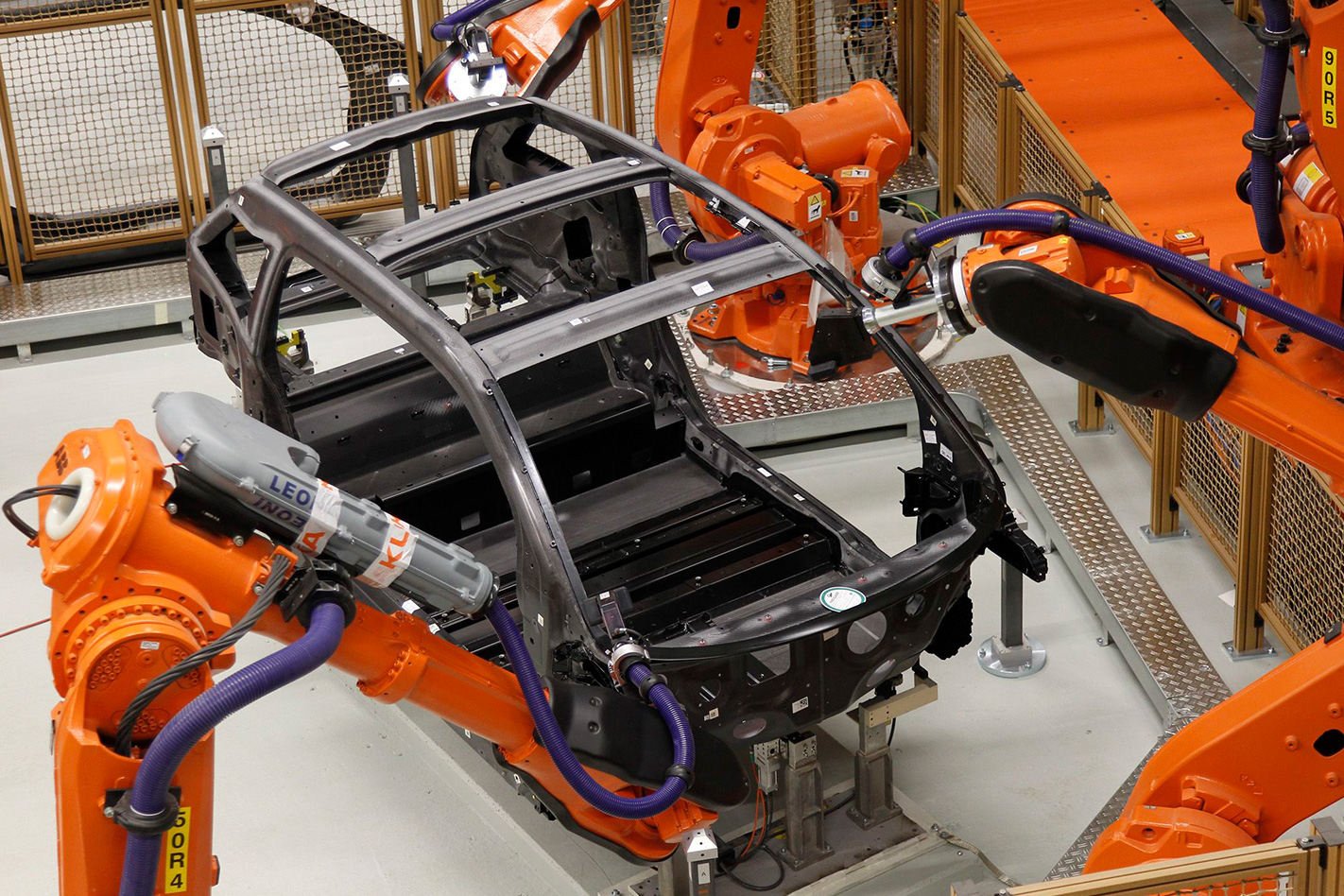 Perhaps the biggest player in the realm is BMW which has been crafting major carbon car parts for its vehicles for many years.

The stripped-back M3 CSL of 2004 used carbonfibre for its roof and set a trend for the company’s M-models which continues to this day. While the move didn’t cut a significant amount of mass from the kerb weight, the stressed roof panel stiffened the body shell for improved dynamics and lowered the centre of gravity.

Later, BMW introduced its first models from the new i-family. The i8 plug-in hybrid coupe used extensive carbon construction to offset the weight of a battery, but commanded a hefty price at about the $300,000 mark.

However, its i3 sibling offered an option that also offered a composite chassis along with a choice of range-extender hybrid or pure EV variants for about the $70,000 mark.

In its latest composites venture, the German car maker has introduced Carbon Core, showcased by the 7 Series luxury flagship. Unlike the Audi’s solution, which replaces a central section of the tub, Carbon Core is an evolution of the roof panel idea pioneered by the M3 CSL. 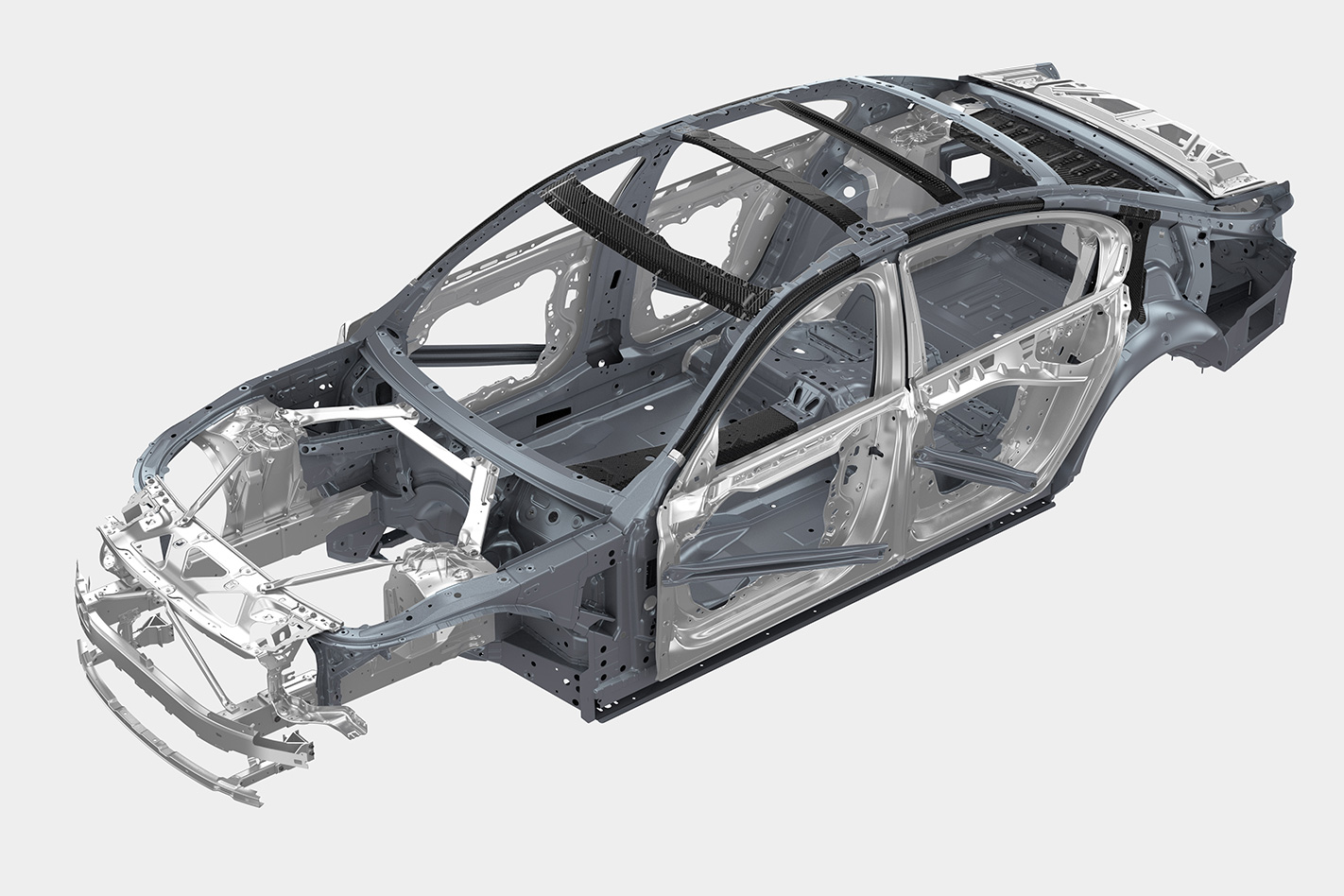 A majority of the roof pillars, spans and structures have been manufactured in carbonfibre, minimising the highest masses and lowering the centre of gravity, but the composite beams are also better at dissipating energy than metal during an impact, making the occupant safety cell even safer.

As per other ideas that first see light in the 7 Series, this Carbon Core technology is expected to filter down to other BMW models. 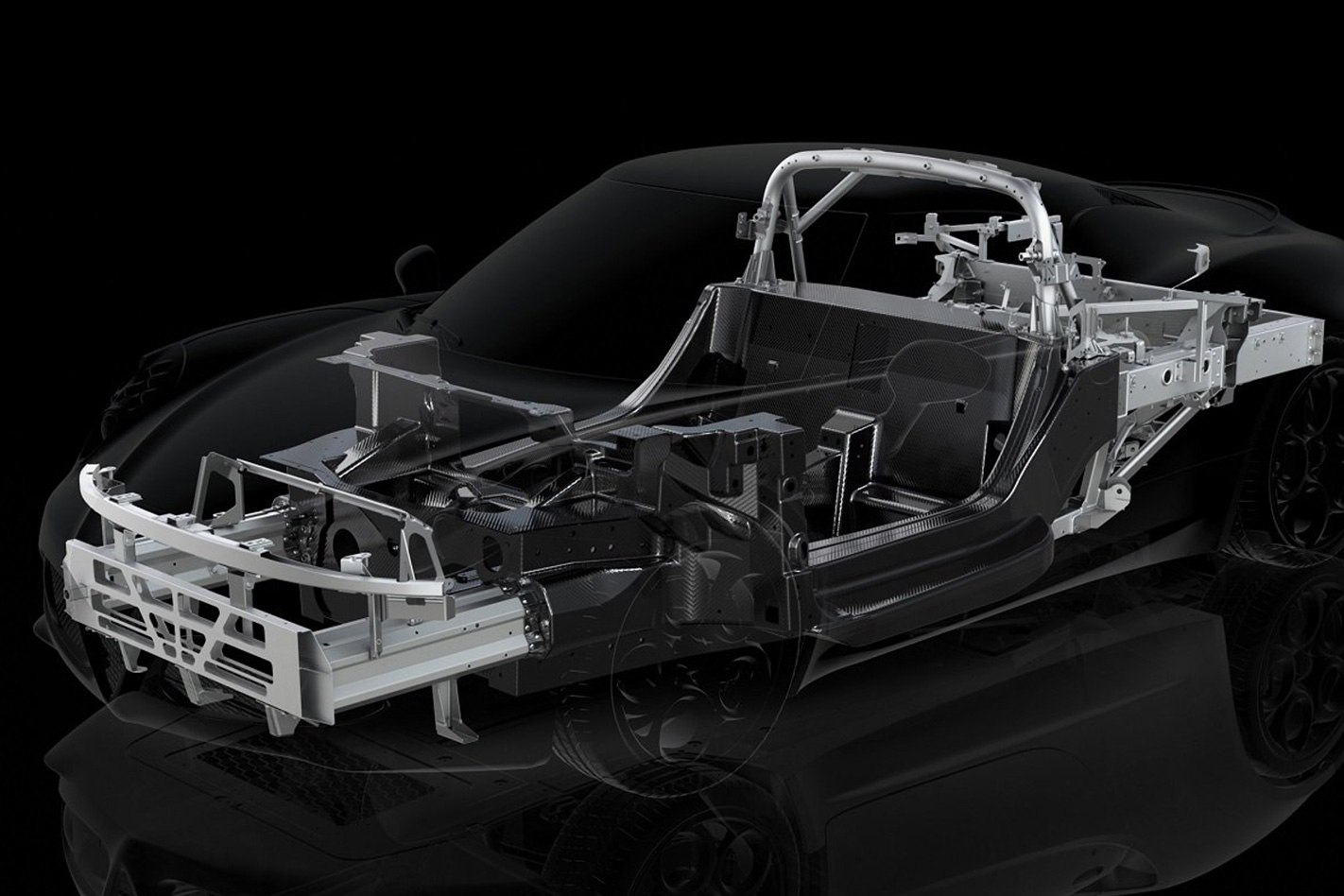 Once again, a mid-engined rear-wheel drive sportscar might not exactly be an everyday car, but Alfa Romeo’s 4C is significant in the evolution of high carbon-content cars as it offers a performance-focused vehicle constructed almost entirely of carbonfibre that sneaks in under the $100,000 mark.

Thanks to a minimalist approach and a monocoque chassis that is made exclusively of carbonfibre, the 4C weighs in at just over a ton and that lends the bantamweight sportscar zero to 100km/h acceleration in about 4.5 seconds and the agility to hit 1.1g in corners. 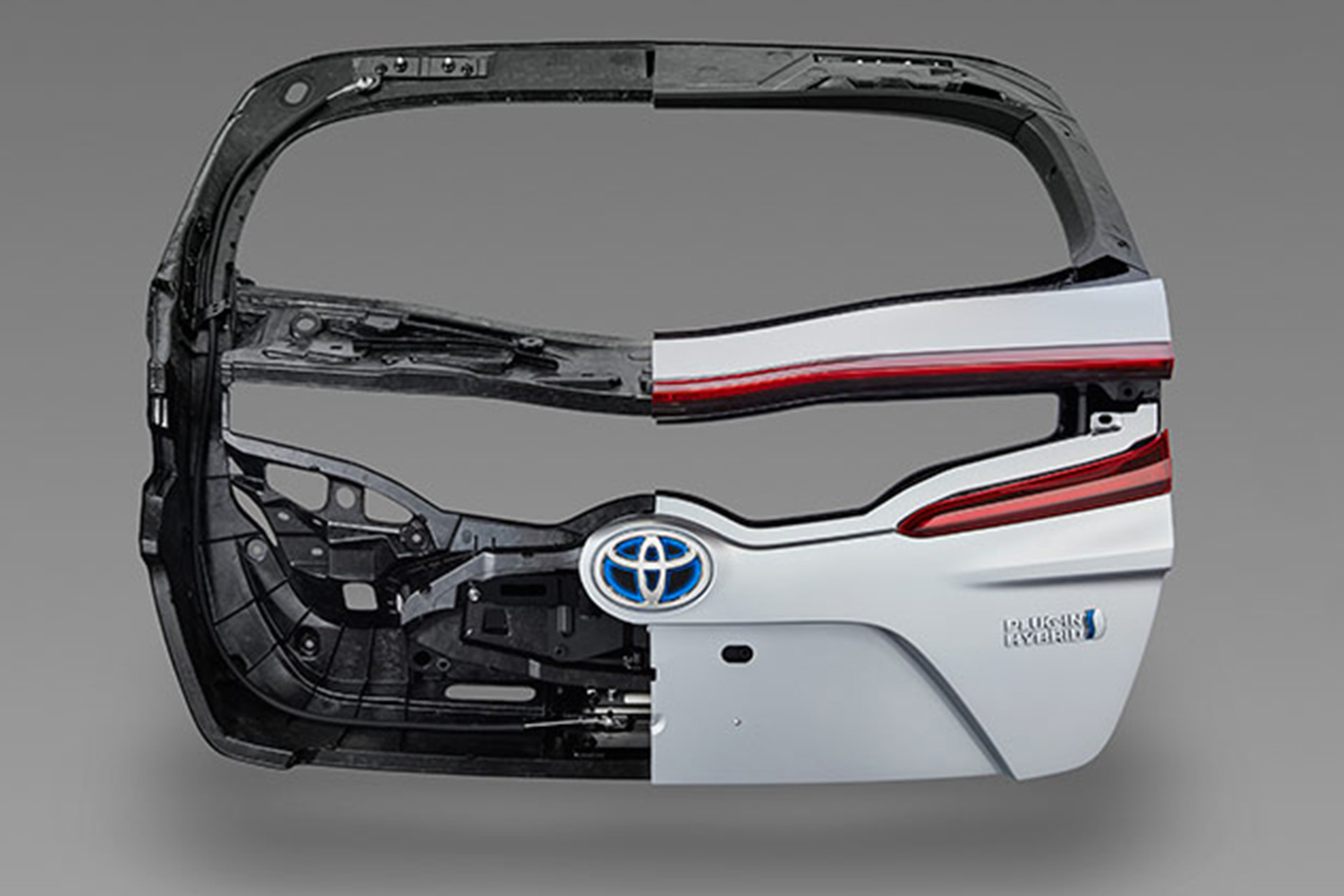 It might be a surprise to see the Prius in among other high-end, high performance contenders, but Toyota’s efficiency champ is worth a mention as its boot lid is constructed from carbonfibre.

There are plenty of other vehicles that have incorporated unstressed carbonfibre panels into their construction, but the Prius is a milestone as it shows not just high-performance vehicles can benefit from the lightweight and rigid qualities of carbon. 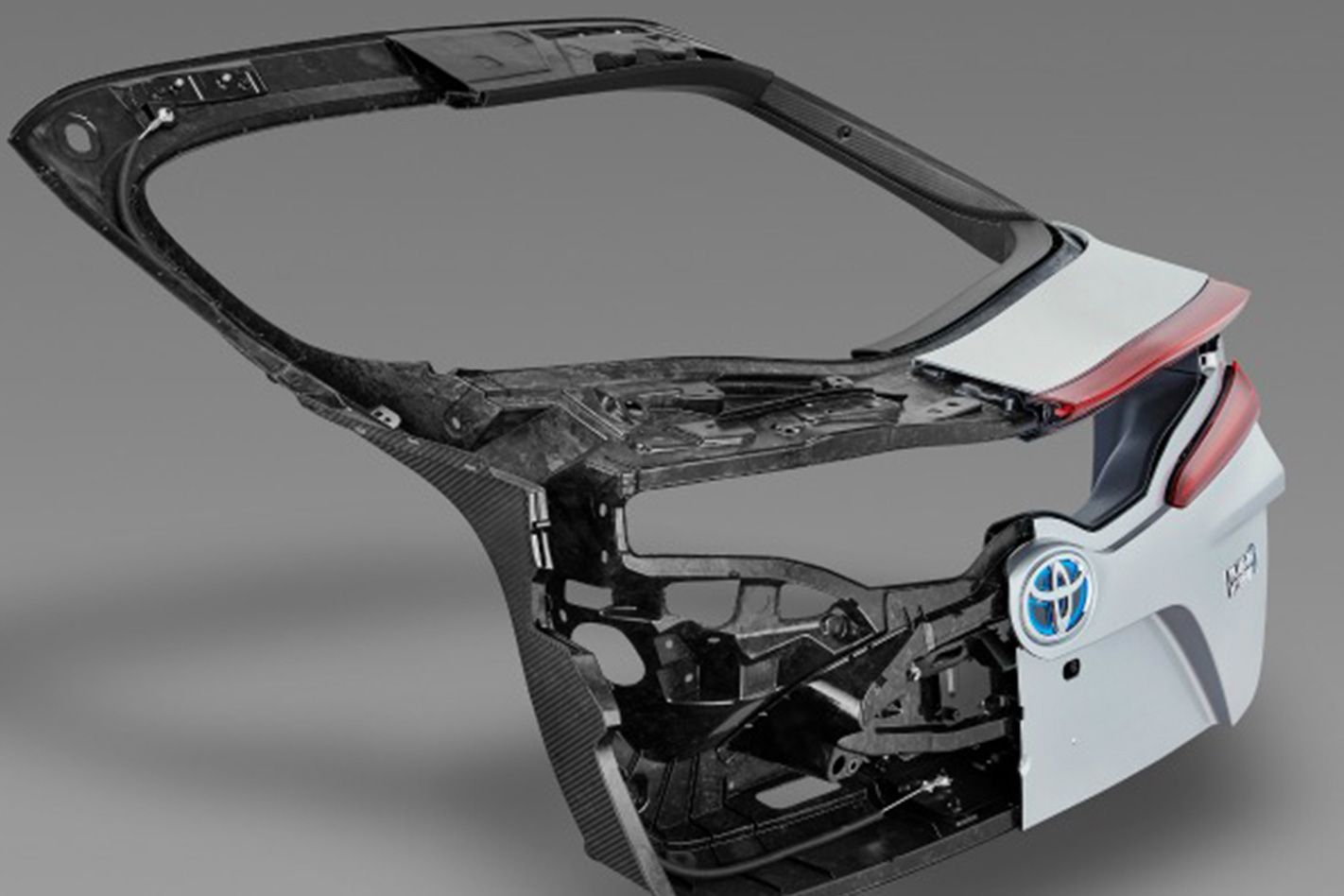 Ford is no newcomer to carbonfibre construction, with composite pieces used in the 2017 GT supercar structure. The Blue Oval is also one of the world’s first mainstream manufacturers to adopt carbonfibre wheels. 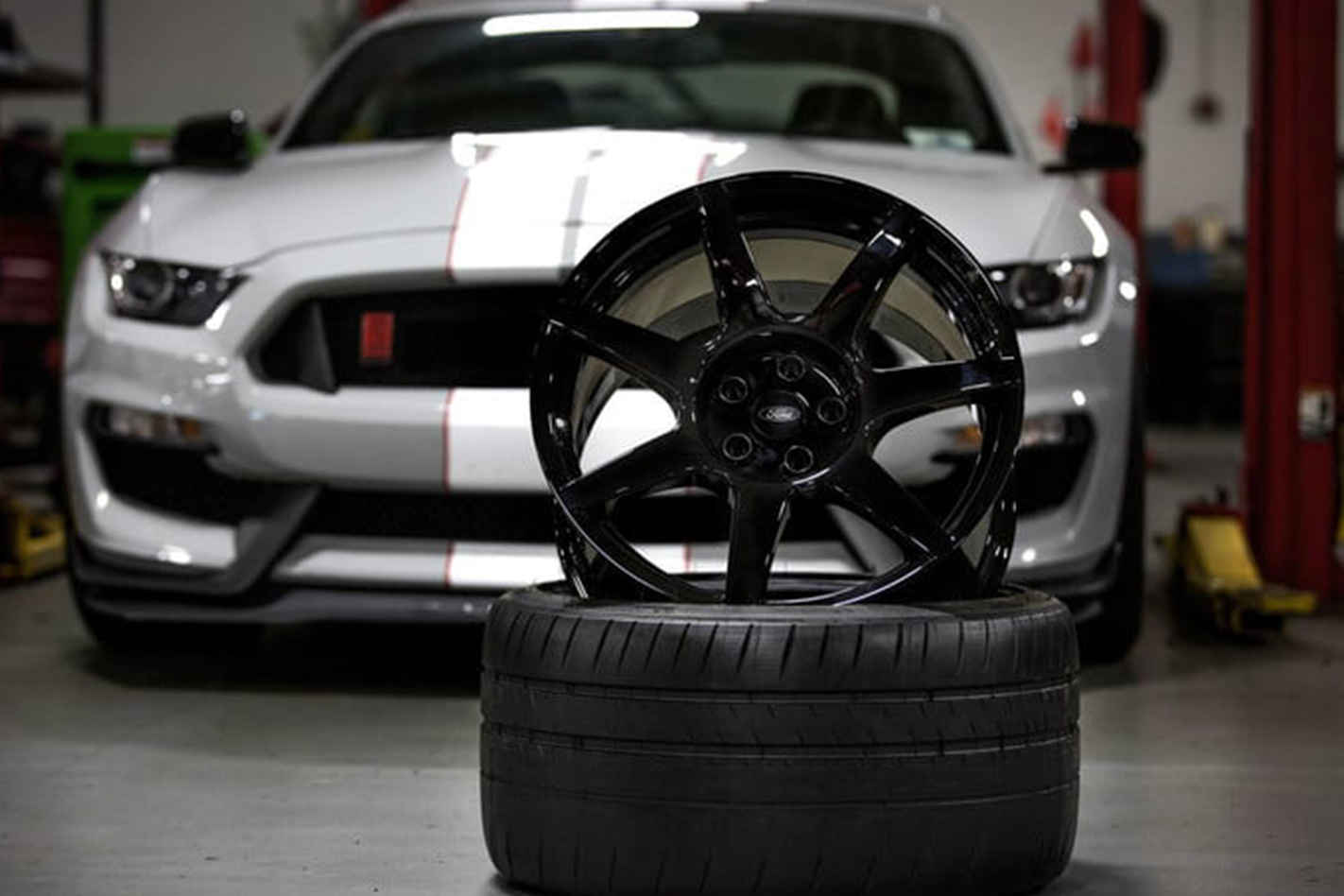 The manic Mustang Shelby GT350R that was introduced to the US only in 2015 rolls on fabulously exclusive composite wheels that weigh just 8.0kg each, providing just about the ultimate in unsprung weight saving.

As a patriotic side note, the Mustang’s wheels are true blue and manufactured by Victorian composite wheel authority Carbon Revolution, which has since confirmed contracts to provide other ultra-high performance cars with sets of rims.

In the same industrial hub as Carbon Revolution, Quickstep – a separate carbonfibre specialist is providing lightweight components for other manufacturers and manufactured the bespoke induction parts for the final locally-made Ford Falcon Sprint specials.

So why is carbonfibre only now becoming a proposition for more affordable cars? In a word – scrap.

In its infancy, the process of ‘laying up’ the fibre mesh, bagging, vacuuming and baking was labour intensive, time consuming and fraught with potential quality problems. Components often failed to make minimum standards and ended up in the bin – a costly and wasteful process.

Common quality problems include poor resin-to-fibre ratios (the lower the fibre content the less strength the component has) and excessive air bubble inclusion, which also compromises the end strength.

But the science of composites has come a long way. Automation has allowed greater consistency in the mould layup, massive autoclaves can bake large single-piece components including complete chassis, and advanced pre-impregnated fibre materials have minimised air inclusion, while maximising fibre ratios.

The result is less work ending up in a skip (cured fibre and resin mat cannot be recycled like metal scrap) and dramatically reduced manufacturing costs.

And the next advances in the technology are already producing stronger, lighter and more cost effective pieces including forged carbonfibre, compression moulding and filament wound manufacturing.

The world is set to see more affordable vehicles screwed, lugged and glued together with carbonfibre components, and Australia already has a piece of the action. 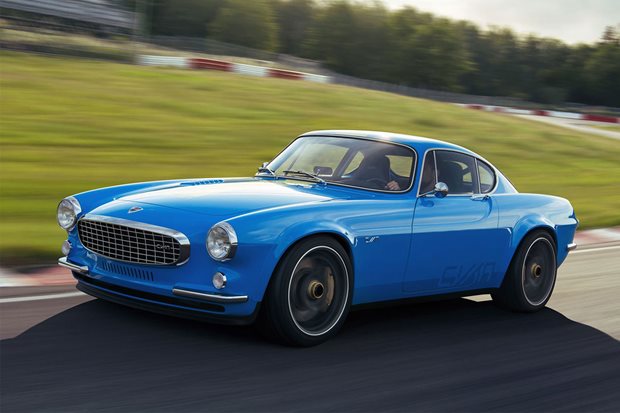