Porsche’s new 4.0-litre flat-six has “a lot of room” for more power

Set your mouths to water, Porsche fans. Here’s what we can expect from the company’s all-new 4.0-litre flat-six. Hint: more power and more revs!

DEEP breaths, engine lovers. Porsche has some news. Hot on the heels of giving us an all-new 4.0-litre flat-six to lust after in the second-gen Cayman GT4, Porsche’s engineers have confirmed it has ample headroom for more power and torque, and a GT3-rivalling 9500rpm rev limit.

Speaking to Wheels at the GT4’s international launch in Scotland, Porsche’s GT division boss, Andreas Preuninger, and the man responsible for Porsche’s boxer engines, Markus Baumann, both confirmed the 4.0-litre has lots of potential. 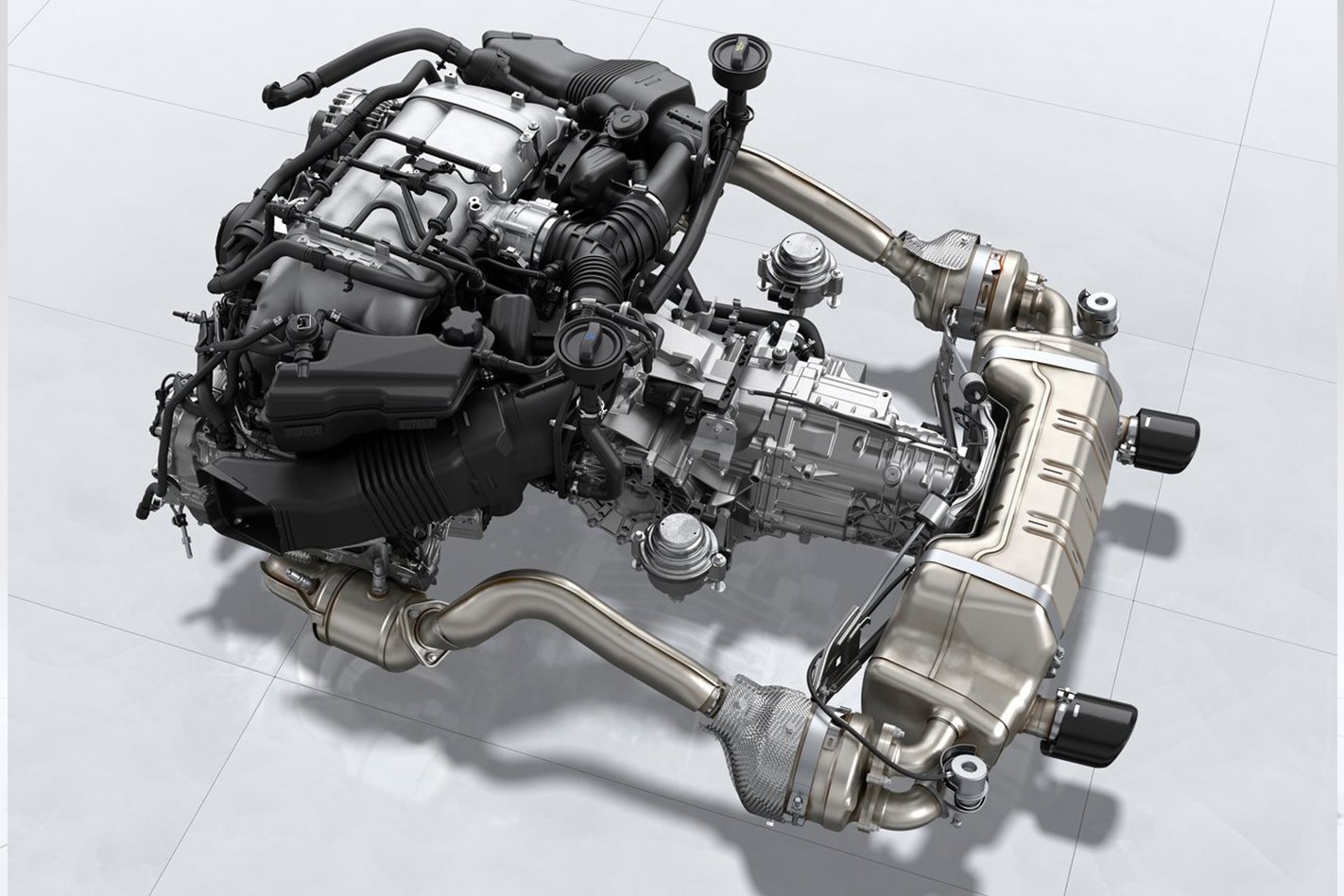 Read about the Cayman GT4

“There’s meat in this engine construction,” said Preuninger. “We would be stupid to give it the maximum for the first time. If you look at the Mezger when it first appeared in 1999 in the GT3, it had 360hp (265kW), and then when we stopped with the Mezger more than a decade later in the 4.0-litre it had more than 500hp (368kW).

“…with this engine, if we weren’t strangled by [emission] laws it could produce more quite easily.”

Not to be confused with Porsche’s other atmo 4.0-litre, which is fitted to the GT3 and is motorsport derived with titanium components, the Cayman GT4’s unit is based on the 911’s 3.0-litre twin-turbo, though around 80 percent of the engine is unique.

Read next: Perve on the Porsche Cayman GT4 in all its flat-six glory 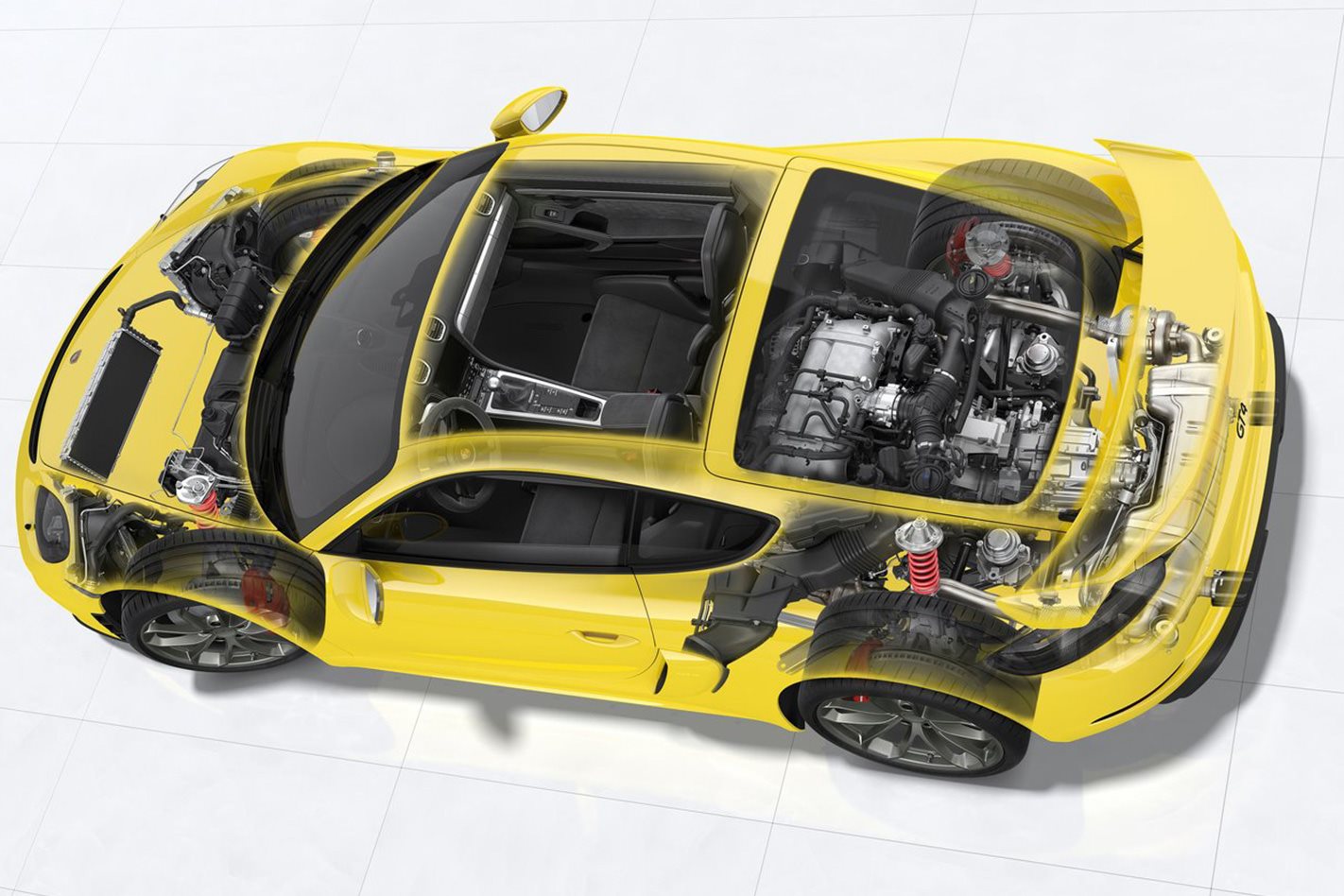 We’ve detailed the extensive technical changes here though two juicy technical details we didn’t know then are that the new 4.0-litre shares its sparkplug design with the 918 Spyder, and, contrary to reports that the engine’s sole transmission would be a six-speed manual (in the Cayman GT4, at least), it will be paired with a seven-speed dual-clutch.

Back to the performance. Like Preuninger, Baumann smiles knowingly when you ask him how much headroom the new 4.0-litre has to give.

Read about the Boxster Spyder

Specifically, Baumann is referring to the GT3’s titanium con-rods and valves, its unique valvetrain, plus its rear-mounted dry sump design, which is different to the GT4’s integrated dry sump.

“That doesn’t mean it’s at the edge of its capabilities mechanically, not by far,” Preuninger added. “But I can’t just plug in a different ECU and make 500hp and rev to 9000rpm. That wouldn’t be possible. First you’ve got the cam adjusters, we’ve got a rigid valvetrain in the GT3 … This [Cayman’s 4.0-litre] is still a high-revving sport engine, but it is not a race engine we can make 150hp more by the switch of a button.” 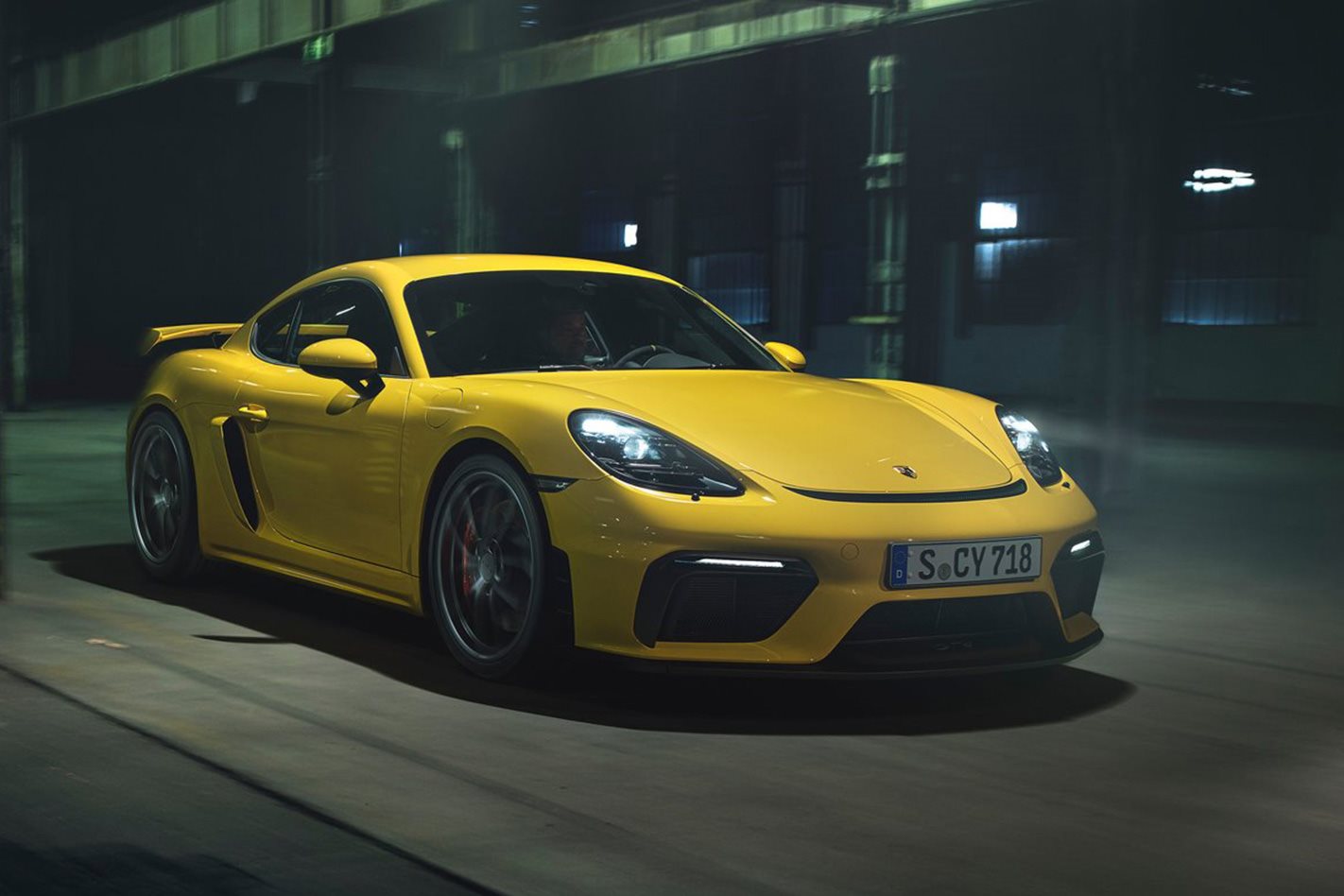 Cost isn’t the only hurdle Porsche faces when developing the 4.0-litre. Meeting ever-tightening emissions laws is arguably the bigger obstacle, though Preuninger assures us the new mill is futureproofed.

“It’s even better than it has to be on the legal side,” he says. “It’s already fulfilling the emissions rules for the day after tomorrow. [So] it’s not so much what the engine can make mechanically, it’s about how much horsepower can we make under the circumstance of the emissions. This is definitely the limiting side, it’s not the hardware.”

“Why not?” laughs Baumann. “If you had a dry sump, titanium components and a rigid drivetrain … anything is possible.”