Prize winners return from trip of a lifetime to Cape York

A snapped CV joint couldn’t stop our Cape York trip winners from having an epic adventure.

THE winners of the Moon Tours’ Cape York trip have just returned from an adventurous, excitement-filled expedition to the Tip of Queensland.

The lucky winners, Jamie and Siobhan (Bon) Thornberry from Seymour, Victoria, won the prize – a guided trip to Cape York worth more than $10K – by registering their details online, before they were randomly plucked from a large pool of entrants. 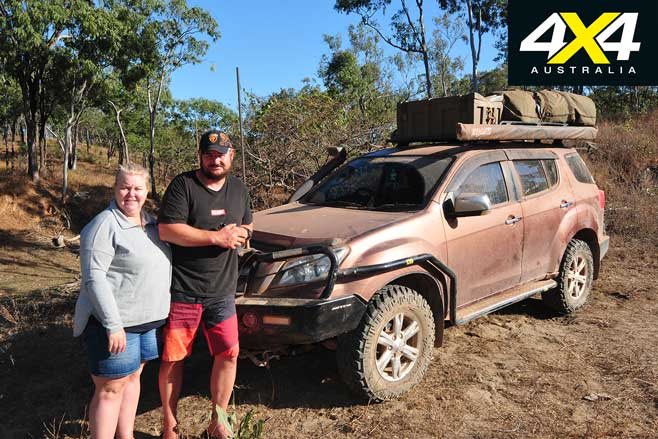 The couple met up with Trent Moon and his partner Steph, Ron and Viv Moon, and the rest of the crew at Cooktown, where eight vehicles and two camper trailers in total were prepped and readied for the bucket-list trip to begin.

A Cape York trip is not without countless highlights, and this trip was no exception. The convoy passed through Lakefield National Park, pulled the handbrake at Chili Beach, took on the challenging Frenchmen’s Track and tackled the entire length of the OTL track.

Once at the Tip, camp was set up at Somerset, before the convoy ventured to Thursday, Friday and Horn Islands. On the return trip, the convoy traversed the infamous Old Coach Road between Laura and the goldfield town of Maytown, before the trip finished at a private forest camp near Mt Molloy, inland from Cairns.

Jamie and Bon’s near brand-new, well-equipped Isuzu MU-X handled near everything with aplomb, but it snapped a CV joint as they ploughed through deep sand on the way to the Jardine River mouth … it had probably suffered on the OTL track, and the deep sand was the final straw. It’s a fairly common issue with the MU-X, but all was not lost as Jamie carried a spare. How’s that for being prepared? 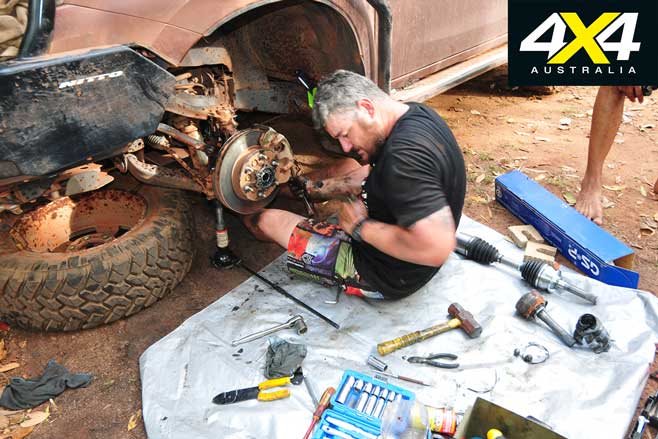 Mind you, a snapped CV joint was the least concerning of the mechanical issues the party encountered along the way: a crook alternator was replaced by Trent and the team at their camp after a quick dash to Weipa for a new one; a crook starter motor went through a full strip-down and a bush repair at Twin Falls; and charging issues between vehicles and camper trailers kept everyone guessing for a while.

A stuffed battery was also replaced; a few tyres rolled off rims by exuberant driving; a few people got bogged; winches were used on a couple of occasions, as were the snatch straps; and there were a few scrapes on side rails and the like, but nothing too serious.

All in all, it was pretty normal Cape York 4x4 adventure. Thanks to Moon Tours (www.moontours.com.au) and Cooper Tyres (www.coopertires.com.au) for their support of the competition.

Be in the running for $10,000 cash this Father's Day, by subscribing to one of our magazines