Would you buy a press car? After all this particular Renault Megane RS275 Trophy-R has had only a single owner with just over 7000km on its odometer.

But this Renault Australia-owned Glacier White example of arguably the hottest front-wheel drive hot hatchback of all time, has been in the hands of MOTOR testers for more time than pretty much any other outlet. (And you’d trust us, right?) 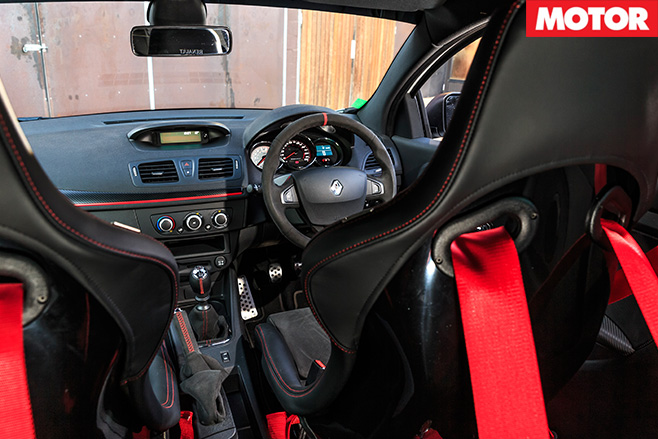 Renault imported only a couple of Megane RS275 Trophy R’s without air-conditioning and a stereo, with this particular example spending time on its press fleet. Originally priced from $61,990 plus on-road costs new, the 2014 model is now in used car land 7143km later in New South Wales asking $36,990 plus on-roads.

So what have we done with this particular example? 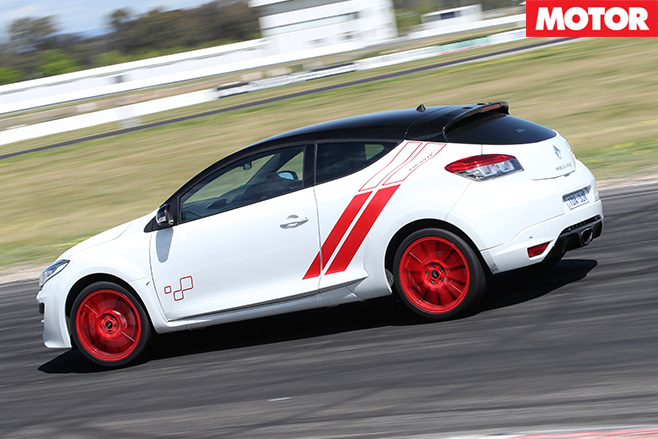 It came third in 2015’s Bang for Your Bucks $50-100K category, but every one of the four journalist judges in addition to racing driver Warren Luff rated it first overall.

It challenged some big names at 2016’s Performance Car of the Year, most notably on Winton Raceway being 2.0 seconds slower per lap than a Mercedes-AMG C63 S that had a 1.0sec 0-100km/h performance advantage and cost almost three times the price. Yep, the little Reggie is that good. 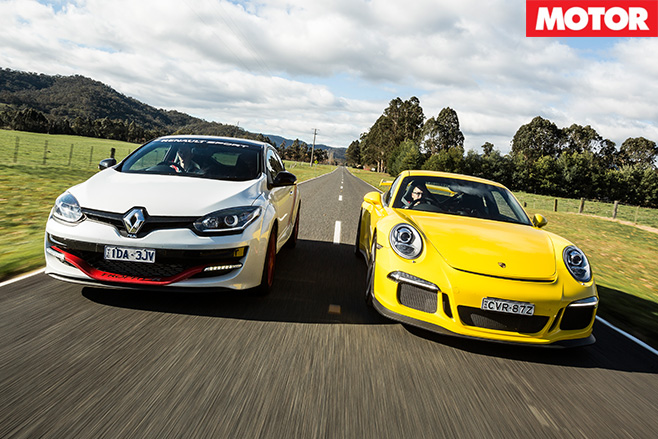 Good enough in spirit, in fact, to be placed alongside a Porsche 911 GT3 in a two-way feature celebrating a duo of seemingly disparate models that share a racer-for-the-road, track-focused ethos that we love.

We also compared the RS275 Trophy-R to the RS65, its sibling that cost almost $10K less but missed the adjustable suspension and sticky tyres, and retained its rear seat.

The next-gen Megane RS is still at least another year away, and with most RS275 Trophy-R examples now sold it’s either a case of buy used or wait if you want the most hardcore hot hatchback offered locally. Even if that means sharing the driver’s seat with a good number of MOTOR testers…