Renault’s limited-edition Nurburgring ace has been re-named and becomes part of the regular Megane RS range.

Renault’s limited-edition Nurburgring ace has been re-named and becomes part of the regular Megane RS range.

Pick the Cup Premium from the Cup by those black alloys along with a grey lower lip. The lighter exhaust and alloys team with an aluminium lower wishbone in the front suspension to shave 35kg from the kerb weight, now 1376kg. 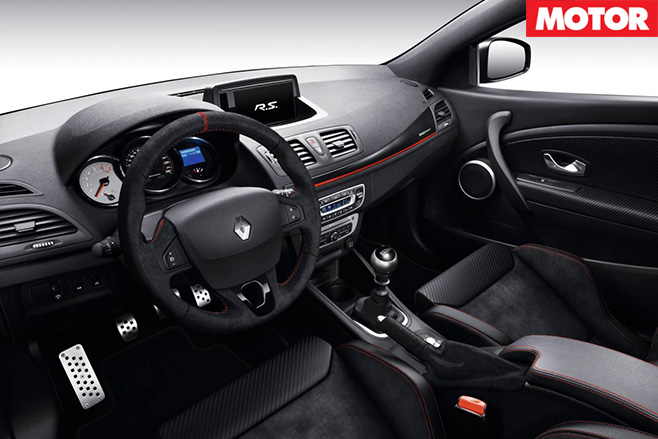 You can also pick the Cup Premium from the old Trophy limited edition by its lack of side stickers but expanded colour palette beyond the liquid yellow and pearlescent white paint, which are bizarrely now available only with an optional sunroof.

Sad, because that’s the bulk of the performance gear pinched from the two-seat Megane RS 275 Trophy-R that became the fastest front-driver around the ‘Ring with a 7min 54.36sec time.

Just as Renault extended its five-year/unlimited kilometre warranty to Renault Sport products last year (which previously had three-year cover), the French brand is now extending its zero per cent finance offer to all RS-badged cars. 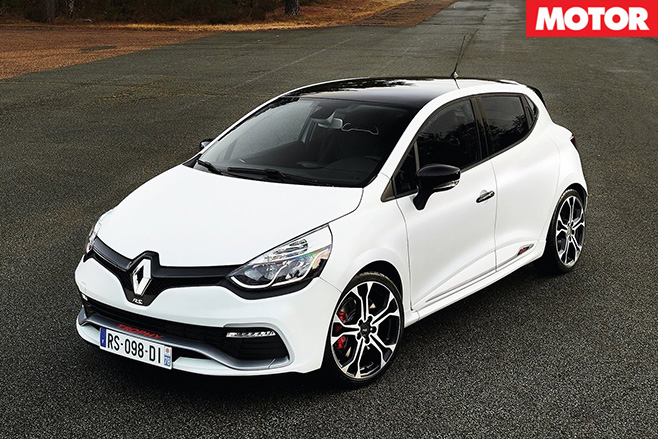 Decent deals, we reckon, though in the case of the Clio, the one enthusiasts will be hanging out for is the limited edition Clio RS 220 Trophy that arrives locally early next year with a 20hp power jump, firmer suspension and (critically) 50 per cent faster shifts from the six-speed dual clutcher.