Renault Sport has turned its RS 01 supercar concept into a highway patrol car aptly called Interceptor – just to give French crims a fright from afar.

Cops in Renault’s home nation have been known before to wave their baguettes around to demand more power for their vehicles, with the power upgrade for the Megane RS 265 usurping the Megane RS 250 at the request of the Gendarmes. 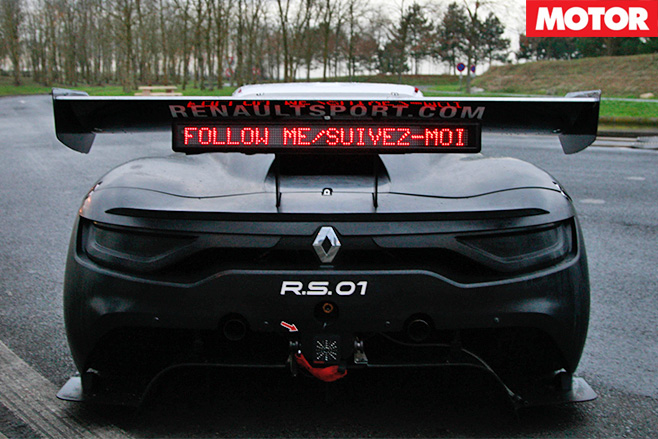 Okay, the RS 01 Interceptor is a publicity stunt rather than a genuine highway patrol car, but it gets the full get-up and looks very cool on the chase. The black-and-white Interceptor even gets red-and-blue strobe lights and an LED board on its rear telling road users to pull over.

Most road users would likely see the back of the RS 01 Interceptor. It uses a 3.8-litre twin-turbo V6 engine from the Nissan GT-R, producing over 375kW and 600Nm in an all-wheel drive vehicle that tips the scales at just 1100kg. 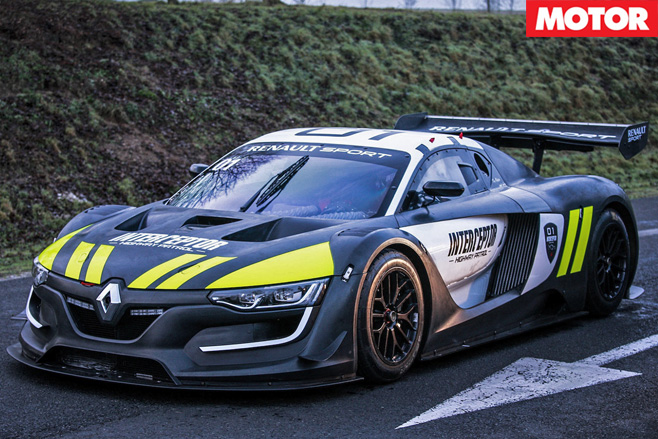 Renault Sport driving ace and former WRC driver Jean Ragnotti plays cop in the YouTube video revealing the car as “a new rapid intervention force” ready to hunt down a motorcyclist speeding past a radar trap at 230km/h.

In a flurry of tyre smoke, sliding and flashing lights, the pursuit is on as Ragnotti weaves between slow moving Clios and Meganes on the freeway. Let’s just say the rider gets to see LED board on the rear, but today he doesn’t get a free ride with the driving champ…