While we’re missing not being at the SEMA Show in Las Vegas this week after the show was cancelled for 2020, there is an online, industry-only event going on at the moment called SEMA 360.

Like the annual SEMA Show, SEMA 360 brings together brands and buyers from around the world showcasing the best new automotive products and wild vehicle builds.

A vehicle that caught our eye on the first day of SEMA 360 was this Jeep Gladiator concept built by FCA's Mopar division in conjunction with Jeep Performance Parts.

Dubbed the Top Dog concept due to its unique K9 Blue paint colour, the Gladiator features all the usual offroad hardware available from Mopar such as a suspension lift, 37-inch BFG KM3s on JPP beadlock alloys, front and rear Warn winches, a Mopar front bar, LED lights and rock rails.

But what really got our attention was the inclusion of a brace of Australian-made off-road products.

For one, Mopar has replaced the factory rear tub with an aluminium PCOR tray and canopy from Queensland’s Patriot Campers.

The PCOR (Patriot Camper Off Road) canopy carries a pair of mountain bikes up top, while inside it houses a Dometic fridge and a hot dog cooker on one side, and a tool drawer on the other.

There is also a full suite of Redarc electronics on board the Gladiator, including the RedVision system from the Adelaide company.

While the Gladiator build itself is just like thousands of others you will find in the USA, it’s impressive to see that when the performance arm of one of the biggest automotive companies on the planet builds a concept vehicle, it chooses to fit Australian products.

SEMA 360 is running from November 2 to 6 and as well as Patriot Campers and Redarc Electronics, other Aussie brands representing at the event include Saber Offroad and ARB 4x4. 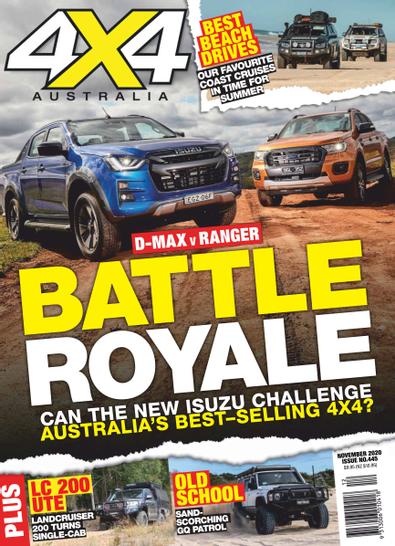