Craig Dean and co-driver Alex Gelsomino have had a lucky escape following a high-speed accident during this year's Targa Tasmania.

Driving a Shelby Mustang, the pair were sitting in a strong third place in the GT2 category when a slight mistake on the Irishtown stage had very major consequences. 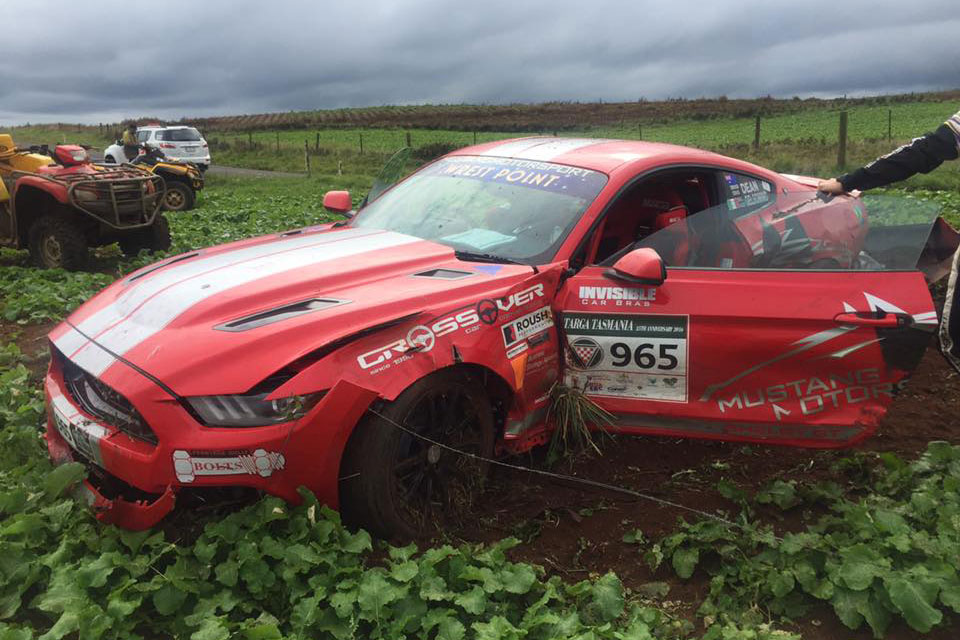 Gelsomino had tweeted earlier in the event that the Mustang was having some trouble over the many crests and a difficult high-speed double crest caught Dean out slightly.

The rear of the car bounced and drifted on to the grass verge on the right-hand side of the road at about 180km/h and from there the pair were passengers. 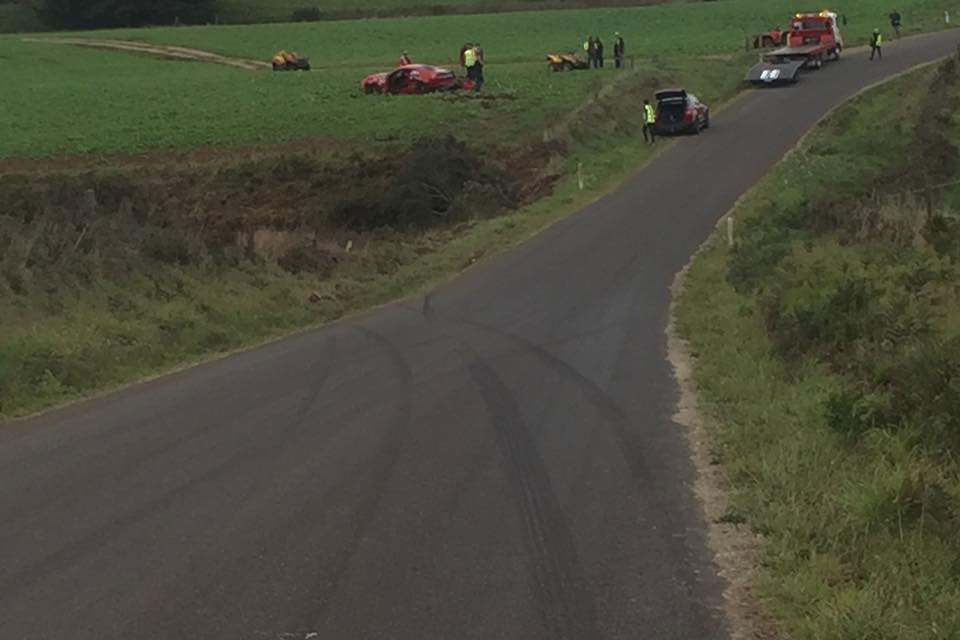 Thankfully, there was nothing too solid to hit, though the Mustang and the farmer's vegetable crop definitely look a little worse for wear.

The onboard camera shows the violence of the incident and the value of wearing the proper safety equipment, such as HANS devices and proper winged seats.

In a slightly comedic twist, at the end of the onboard footage you can hear SYNC attempting to call 911.