F1 may hold the rights to turn the shoey into a beer glass, but the shoe-based tribute will remain an Aussie icon

FORMULA 1’s new fun-seeking supremoes and the Queensland clothing brand credited with kicking off the tradition have both moved to protect their claims over Daniel Ricciardo’s popular post-race podium stunt.

F1 bosses late last year swung into action and registered a global trademark over the word “shoey”, which they were granted. However, the F1 trademark only applies to the things you would normally drink from, such as glasses, cups, tankards, beer mugs and bottles.

But representatives for Burleigh Heads-based The Mad Hueys jumped in first, registering the trademark for “shoey” months before F1 organisers twigged to the rising popularity of the act, and applying it to all manner of clothing – including the cup of choice for shoey aficionados, footwear. 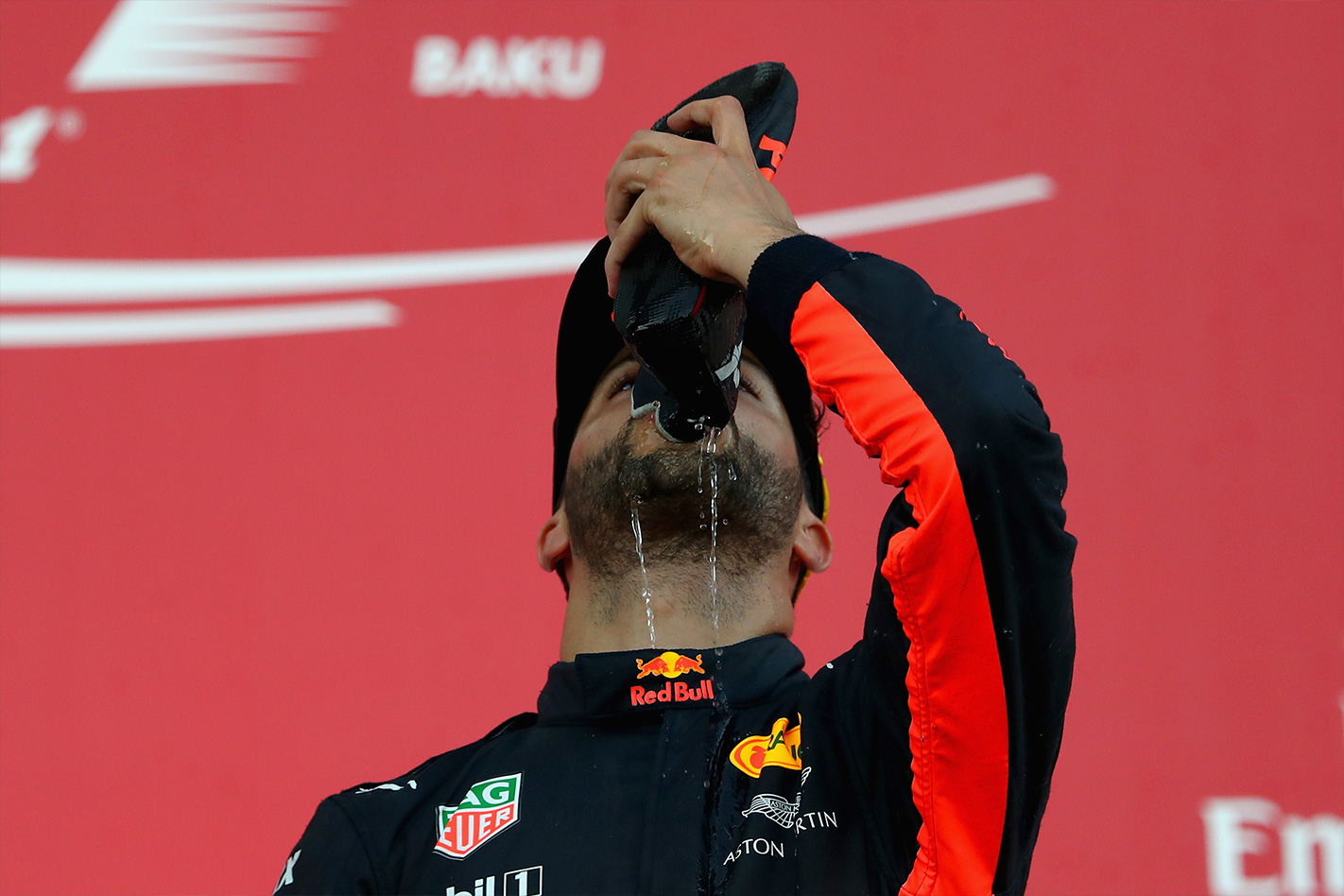 The Mad Hueys are credited with popularising the shoey, which the people behind the tradition claim kicked off in about 2002. The company’s Facebook page features numerous videos and images of people – and even the odd baby – taking deep draughts from footwear.

So, who owns the rights to the name of the post-race celebration that Daniel Ricciardo has popularised? And will Daniel – well, any Australian who has whipped off a shoe, filled it with beer and then chugged it – need to gain permission from either The Mad Hueys or F1 organisers before they next perform the stunt?

Queensland-based patent and trademark attorney Jack King-Scott, a director of IP Gateway, the law firm that helped to register the shoey trademark on behalf of The Mad Huey’s representatives, said it was common for similarly named trademarks on different things to “peacefully coexist” – unless they crossed each other. 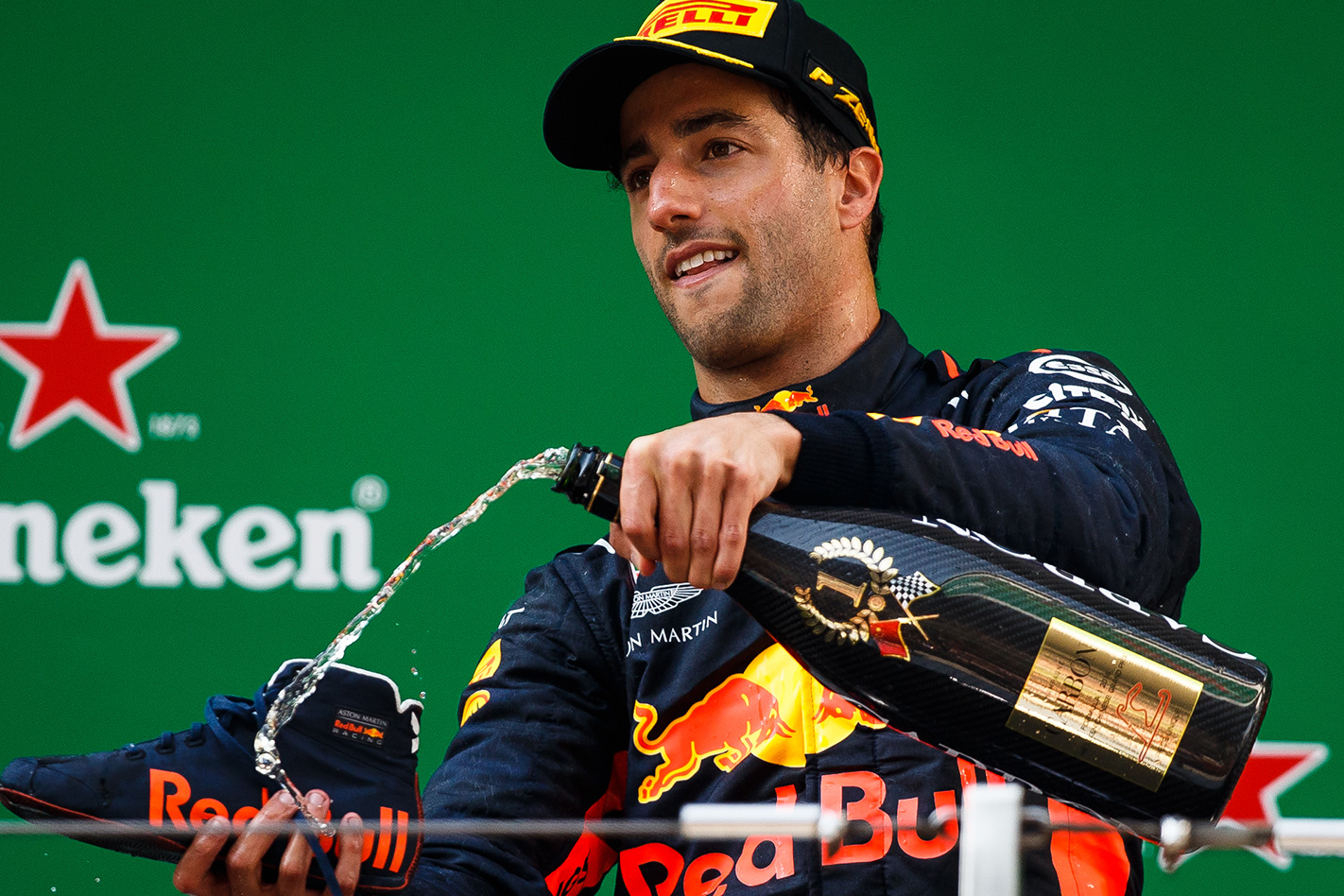 “If there’s no confusion in the market with anyone using ‘shoey’ on clothing or footware, then it shouldn’t be a problem,” King-Scott said. “It’s up to the trademark’s owners to monitor and enforce their rights in respect of the trademark.”

That said, he said Ricciardo would still be free to carry on the tradition he introduced to the top tier of motorsport after finishing third in the 2016 German Grand Prix – and a few of his colleagues on later podiums including actor Patrick Stewart and former Red Bull Racing driver Mark Webber – as long as the word ‘shoey’ didn’t appear on anything covered by the trademarks.

“Daniel Ricciardo was doing it [the shoey] well before the F1 organisers entered the party,” he said.