A police officer in Fremont, California almost found himself in a very awkward situation when his Tesla Model S patrol car almost died when in pursuit of an alleged criminal.

The situation was first reported by The Mercury News, with audio of the pursuit being uploaded to YouTube.

“I am down to six miles of battery on the Tesla so I may lose it here in a sec,” Officer Jesse Hartman can be heard saying while in pursuit of a ‘felony vehicle’.

“If someone else is able, can they manoeuvre into the number one spot?,” he asks fellow officers

However, shortly after Hartman’s request for another officer to pick up the lead, the suspect began driving on the shoulder of the highway.

Police then called off the chase, which had lasted roughly eight minutes, for safety reasons. 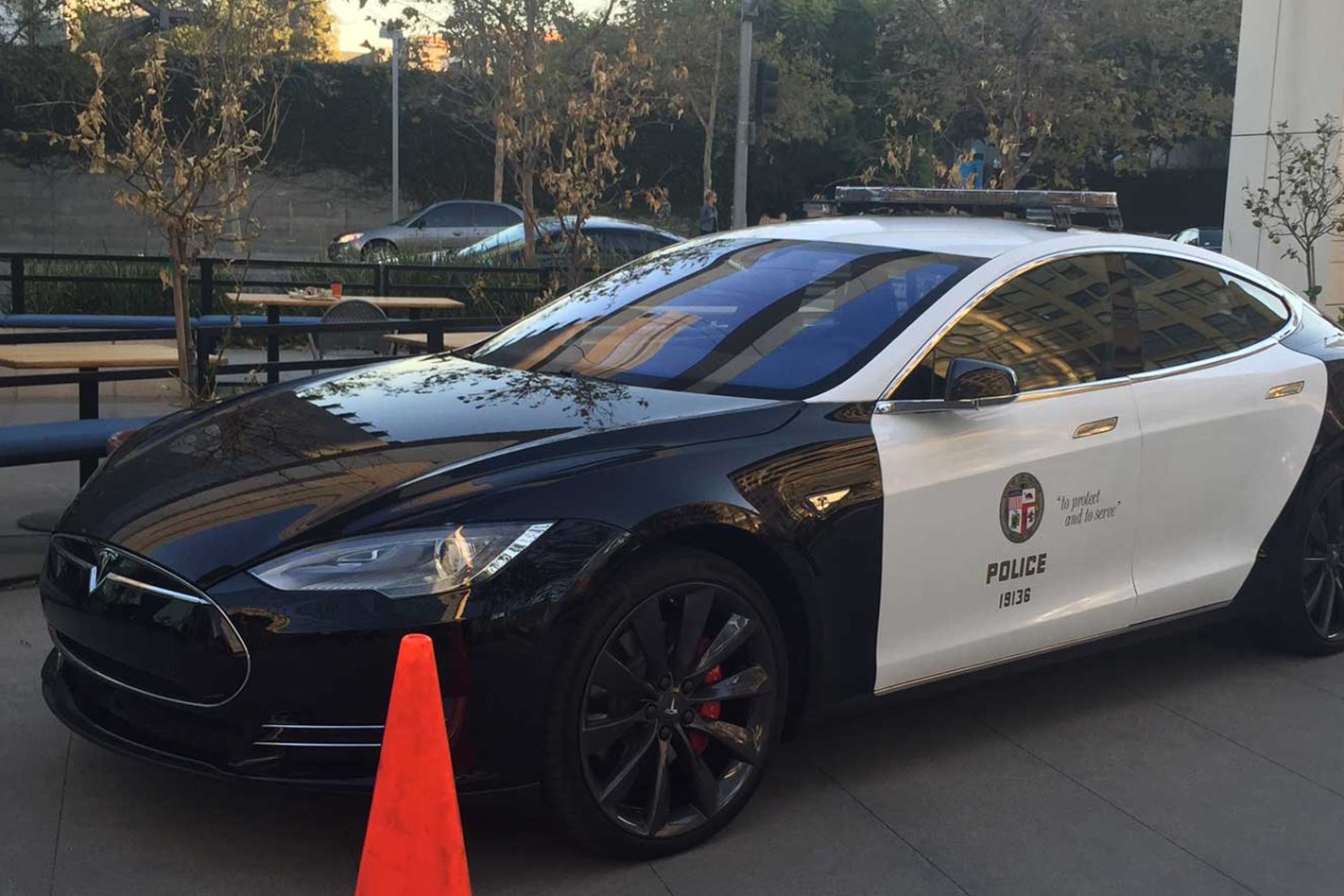 Hartman had to make another stop before he could return to the station.

“I’ve got to try to find a charging station for the Tesla so I can make it back to the city,” Hartman he is heard saying over the radio.

The Model S patrol car was recharged in San Jose, before returning to home base.

Why the low battery you may be wondering? Well, according to Police the Model S wasn’t recharged after the previous shift, meaning the battery level was lower than normal. The fact the Tesla could almost perform two straight 11 hour shifts, is impressive.

The Freemont Police force is using the 2014 Model S patrol cars as part of a pilot program to determine if electric vehicles are suitable for policing duties.

It was purchased for US$61,000 last year, and was modified before being put into use in March 2019. Mercury News reports the purchase price of the Tesla is approximately US$20,000 more than a new Ford Explorer police vehicle, but the department expects to recoup costs in the long run through saving on fuel and maintenance costs.

Fremont Police Captain Sean Washington has previously gone on the record stating he is impressed with how the Tesla has been performing as a cop car, which has been involved in at least one other pursuit, and usually finishes a shift with 40 to 50 percent battery life remaining.

As for the suspect, California Highway Patrol later found the vehicle crashed into some bushes not far from where the chase was called off, with the driver nowhere to be seen.