TOYOTA will switch to hybrid power for its next-generation 86 sports car and upcoming high-performance Supra revival.

The Japanese carmaker is already well advanced in the development of batteries and electric motors for its soon-to-expand sports car range.

Insiders tell Wheels the company is confident it can deliver performance gains and meet stricter emissions standards being phased in across the US and Europe by the end of the decade.

First out of the blocks will be the new Supra, due in 2018. Previewed as the FT-1 Concept at the 2014 Detroit motor show, and later presented in striking grey (pictured below) at Monterey in August the same year, the Supra production car will feature V6 power as well as an optional hybrid drivetrain.

Combined outputs of more than 300kW is anticipated – and needed if the Supra is to meet Toyota product guru Tetsuya Tada’s goal of challenging the Porsche 911.

Wheels’ spies tell us the Supra hybrid system will feature plug-in capability, with up to 50km of driving on electric power alone. 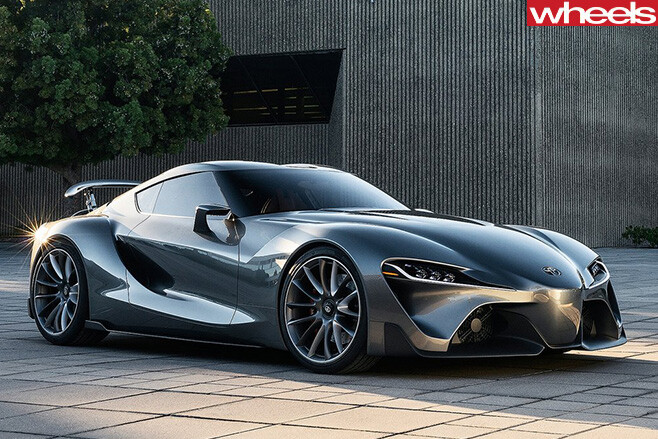 Hybrid sports cars are nothing new: the BMW i8 has shown how far modern plug-in tech can be pushed, while Porsche’s 918 took hybrid performance to the extreme.

But the only affordable hybrid sports car – Honda’s CR-Z – failed to sell, something no doubt weighing on the minds of Japanese engineers keen to ensure the 86’s lightweight, fun-to-drive and affordable philosophy isn’t lost.

Helping the hybrid charge, so to speak, is Toyota’s commitment to deliver a hybrid version of every model in its line-up by 2029.

The advance of battery and charging technology is also making electrified drivetrains more appealing – both to bean-counters and engineers.

Carmakers are finding that hybrid-petrol powertrains are a financially viable way to reach new emissions regulations, including the 95g/km CO2 target for passenger cars in Europe – an average of 3.8L/100km.

Toyota is already well advanced on fuel-saving hybrids – the Prius and its brethren lead the way, while the Camry Hybrid and upcoming Corolla Hybrid back it up.

But a high-performance hybrid is new to a brand often accused of delivering dull transport.

Company boss Akio Toyoda – a keen backer of the 86 and more exciting Toyotas generally – will no doubt keep a keen eye on the project to ensure it lives up to the “waku doki” thinking he is instilling on new models. (Waku doki translates as the anticipation of an adrenaline rush.)

Tada is also keen to ensure the 86 doesn’t meet the same fate as the Celica and MR2. 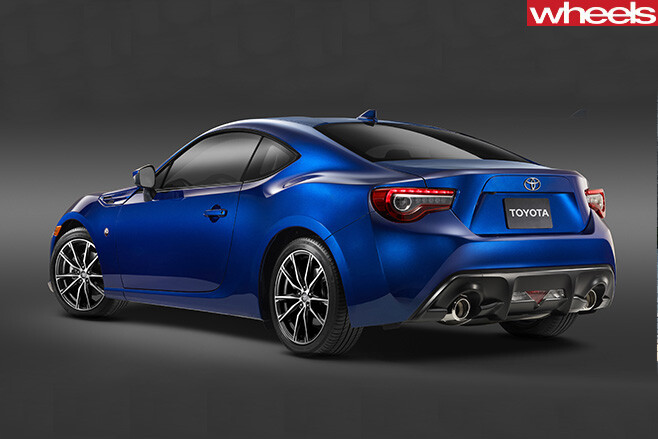 Tada wouldn’t be drawn on the likely arrival of the next 86, but did point to the example of sports cars such as the Mazda MX-5 enduring with longer model cycles.

That means an all-new 86 might not appear before 2020, some eight years after the original.

“We have lots of ideas, but have just begun to think about the next 86,” he said. “We haven’t yet decided the details ... what kind of engine we will use, or the body styling.”

That said, the well-received styling of the original – considered the best-looking Toyota since the 2000GT – will mean little more than an evolutionary approach for the second-generation 86.

Tada says he is constantly asked by owners “not to change the 86 at all”. An equal number call for performance to be more “vivid”.

“It is easy to put on a turbo, but many 86 fans would not be so pleased. People are very passionate. We want to surprise them.”

A hybrid would certainly do that, especially to younger buyers typically more interested in connectivity and technology over cubic capacity and turbos.