Toyota Australia says an issue with the layout of the coupe’s wire harness could lead to a loss of electrical assistance to the steering.

“Due to an improper wire harness layout, there is a possibility that the electric power steering harness may interfere with the instrumental panel lower cover which contains the driver's knee airbag on Australian specification vehicles,” said Toyota Australia in a statement.

“If this happens, there could be an electrical contact failure which may result in the loss of power steering assist.” 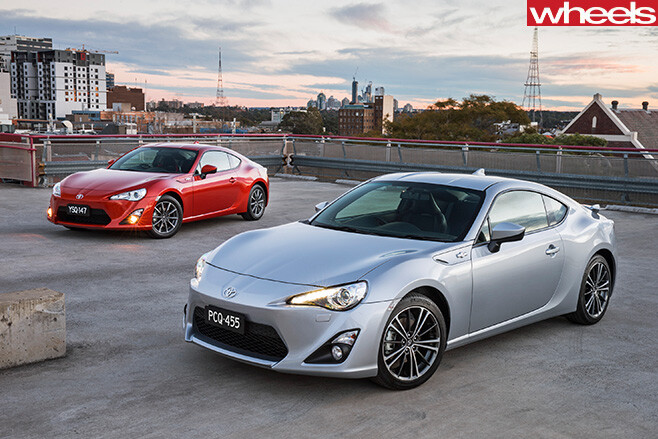 Toyota Australia says that while there wouldn’t be any advance warning of the failure, an occurrence would see the driver notified of the problem with both a visual (dashboard) and audible warning.

Replacement parts won’t be available until September, though Toyota says owners can continue to drive their car as “manual steering control is maintained” in the event of a failure.

The fix will take just over an hour. Toyota 86 models from March 2015 onwards are unaffected because changes were introduced that overcame the potential issue.

The company says a recall wasn’t issued earlier as it has been continuing to look into the various reports.

Subaru’s near-identical twin, the BRZ, is also affected. Subaru has followed Toyota’s recall announcement with a statement confirming the owners of 3016 MY13-My15 BRZs will be contacted about rectifying the problem.

The Toyota 86 and Subaru BRZ shared victory in the 2012 Wheels Car of the Year. The 86 has been Australia’s best-selling sports car for the past three years, though it is currently second to the new Ford Mustang in 2016.