IT’S 2012, in Spain, at the international launch of the Toyota 86 when chief engineer Tetsuya Tada is ordered by Toyota head office to excuse himself, and catch a flight to Munich immediately.

His instructions: investigate the forging of a partnership between Toyota and BMW, specifically the development of an all-new sports car.

Six years on we’ve finally seen the first fruit of that partnership, the Toyota GR Supra Racing Concept, revealed at the Geneva Motor Show, and it’s no secret that under the new Supra’s skin lurks a hell of a lot of BMW engineering. 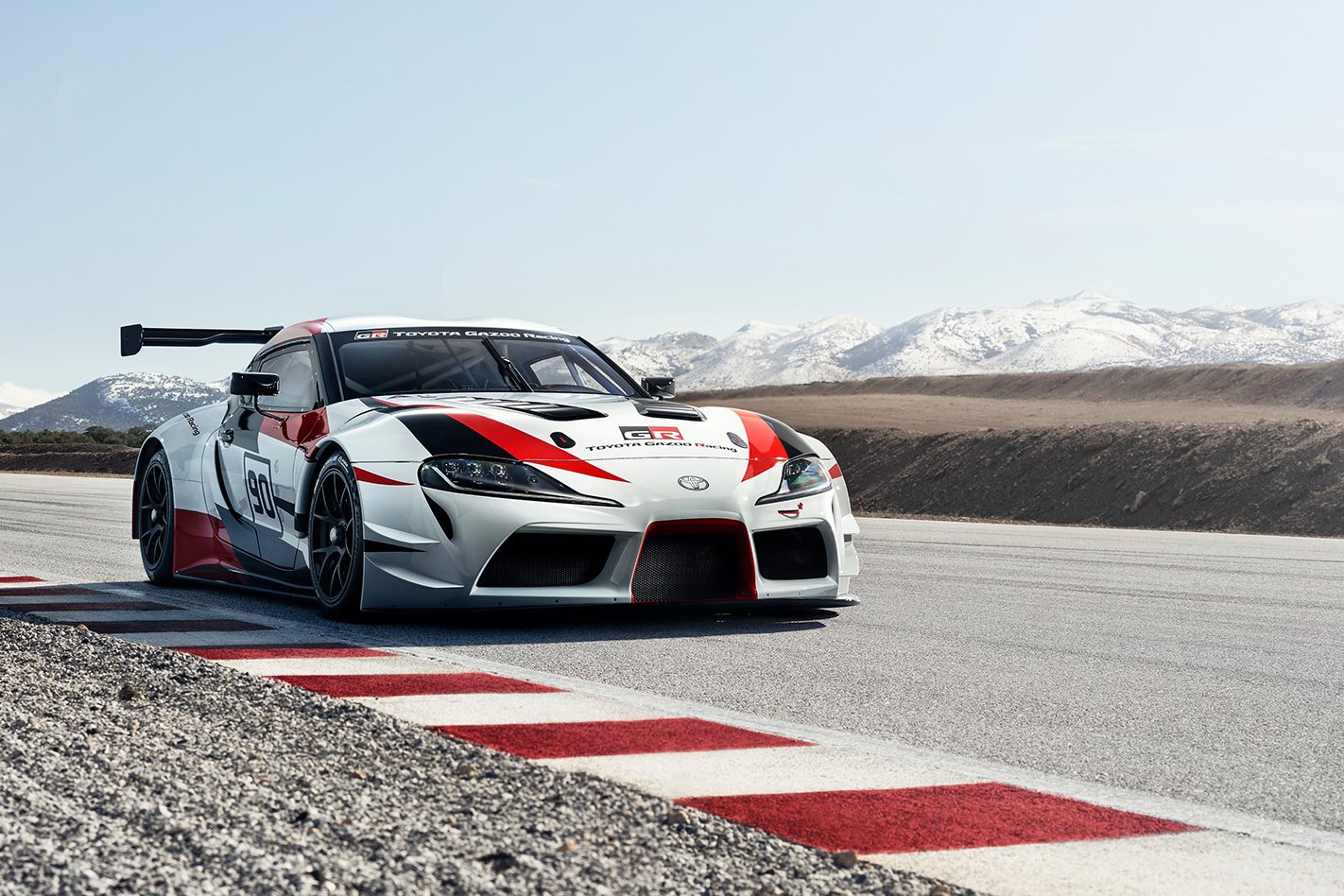 The platform is BMW, the engine is BMW, and the suspension is BMW-based too. All tuned by Toyota to impart the incoming fifth-gen Supra with a Japanese flavour, of course, but many fans are already hung up on the significant German DNA of Toyota’s new hero coupe.

“No genuine Toyota fan would be happy to get a bloody BMW motor in their Supra”, said one Facebook commenter. “It’s wrong calling it a Supra”, said another. The thing is, the preferences of Toyota fans are among the main reasons the new Supra incorporates BMW mechanicals.

Speaking to the media at the Geneva Motor Show, Tetsuya Tada, now the chief engineer of the Supra project, said the desire to stay true to established Supra fundamentals necessitated a joint venture. 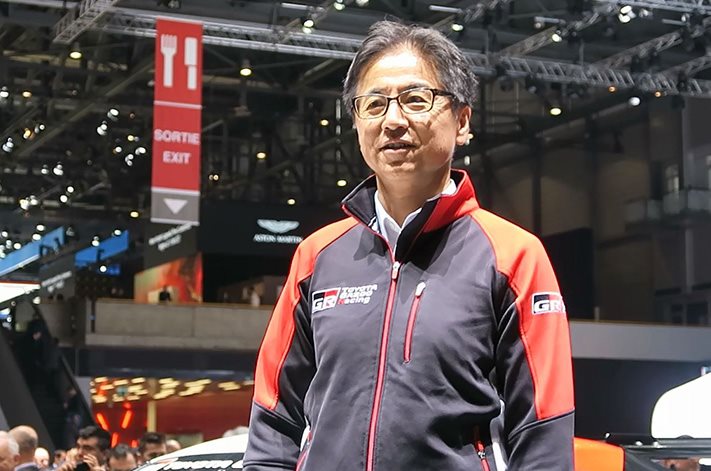 “When we thought about what kind of car we’d like to create after the GT86 we were hearing a lot of voices and requests from fans that they wanted Supra to be revived,” Tada explained.

“Hearing these different requests, I understood that there were two elements that are essential that we needed to keep in the new Supra. Throughout Supra’s life there’s been one consistency – a straight-six engine. This is a very important element for the Supra. Another important element is a front-engined, rear-drive configuration.” 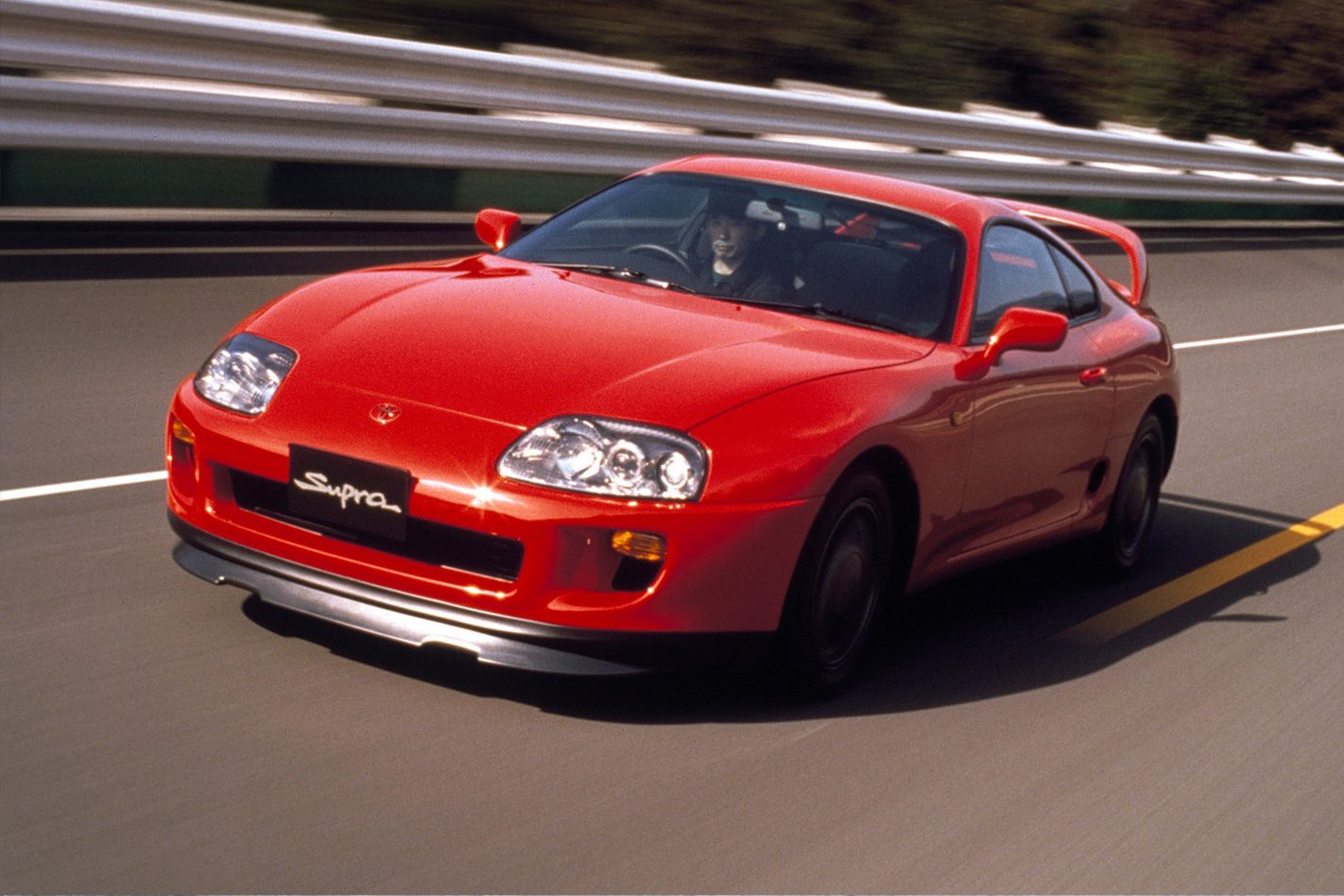 Speak to any Supra fan, and the name “2JZ” inevitably comes up. The iron-blocked 3.0-litre inline six powered the fourth-generation model (above) in both atmo and twin-turbo form, with the turbo derivative fast becoming legendary for its ability to tolerate huge amounts of boost and crank out supercar-destroying power with few modifications.

To say it’s much-missed is a gross understatement. However, Toyota hasn't had a heavy-hitting turbo inline six in its arsenal since Supra production ended in 2002.

“Now there are only a few companies that still adopt a straight-six engine. They’re too long and difficult to package,” Tada continued. Luckily, BMW's B58 3.0-litre inline six (below) fits the bill. 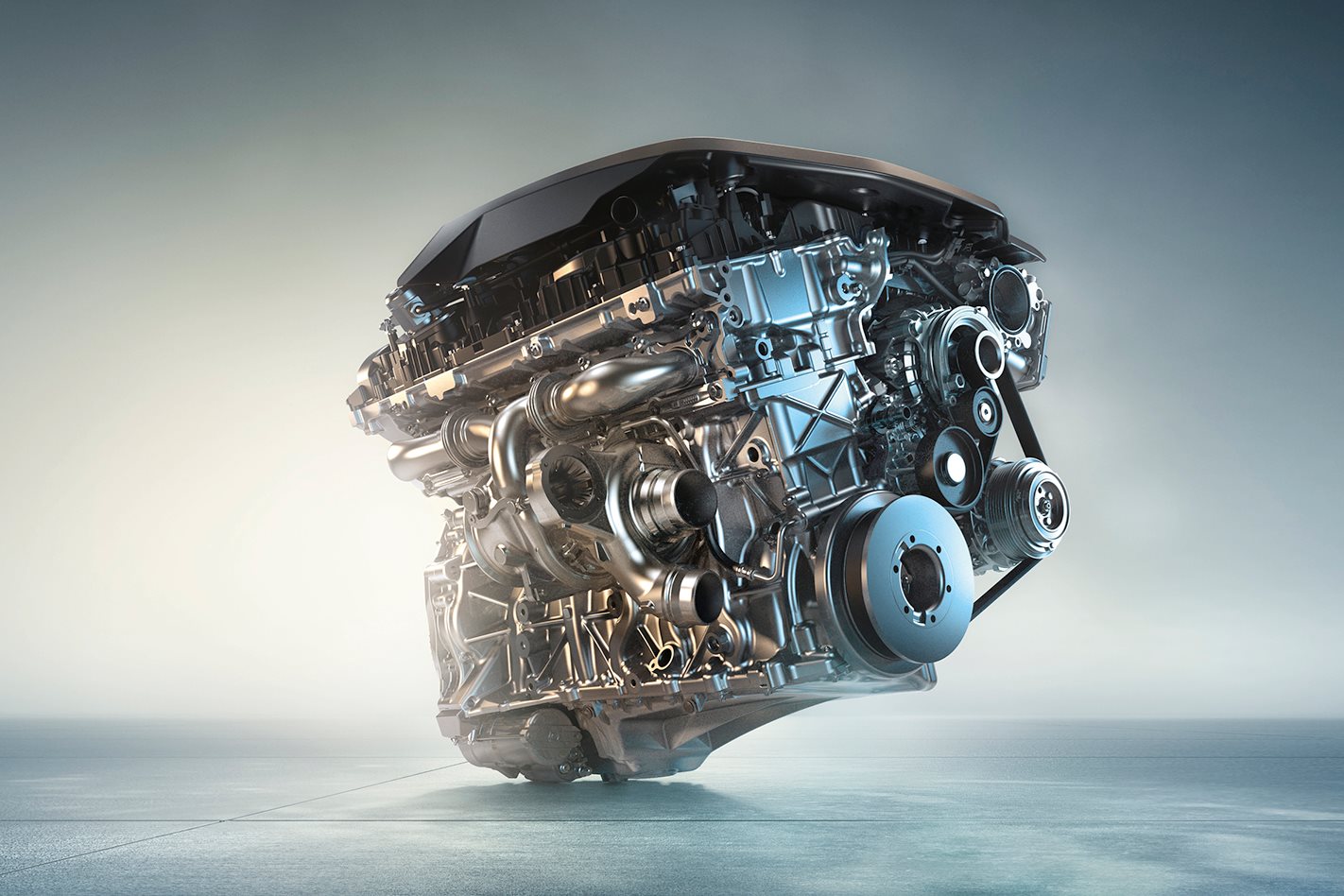 “On one hand I had this opportunity to work with BMW on some kind of car development, and on the other there was the opportunity to revive Supra. I thought that was the perfect opportunity and perfect match to utilise the different elements that are within the two companies.”

Toyota may have a box-fresh rear-drive platform in the form of the GA-L chassis that sits beneath the Lexus LS and LC, but one thing it doesn’t have in its engineering inventory is a straight six.

There is, of course, the new 3.5 litre twin-turbocharged V6 that powers the new Lexus LS 500. Its peak numbers of 310kW and 600Nm are certainly in the right realm for a sports car, but apparently its bent-block configuration doesn’t stoke the same emotional fires as an inline six does. 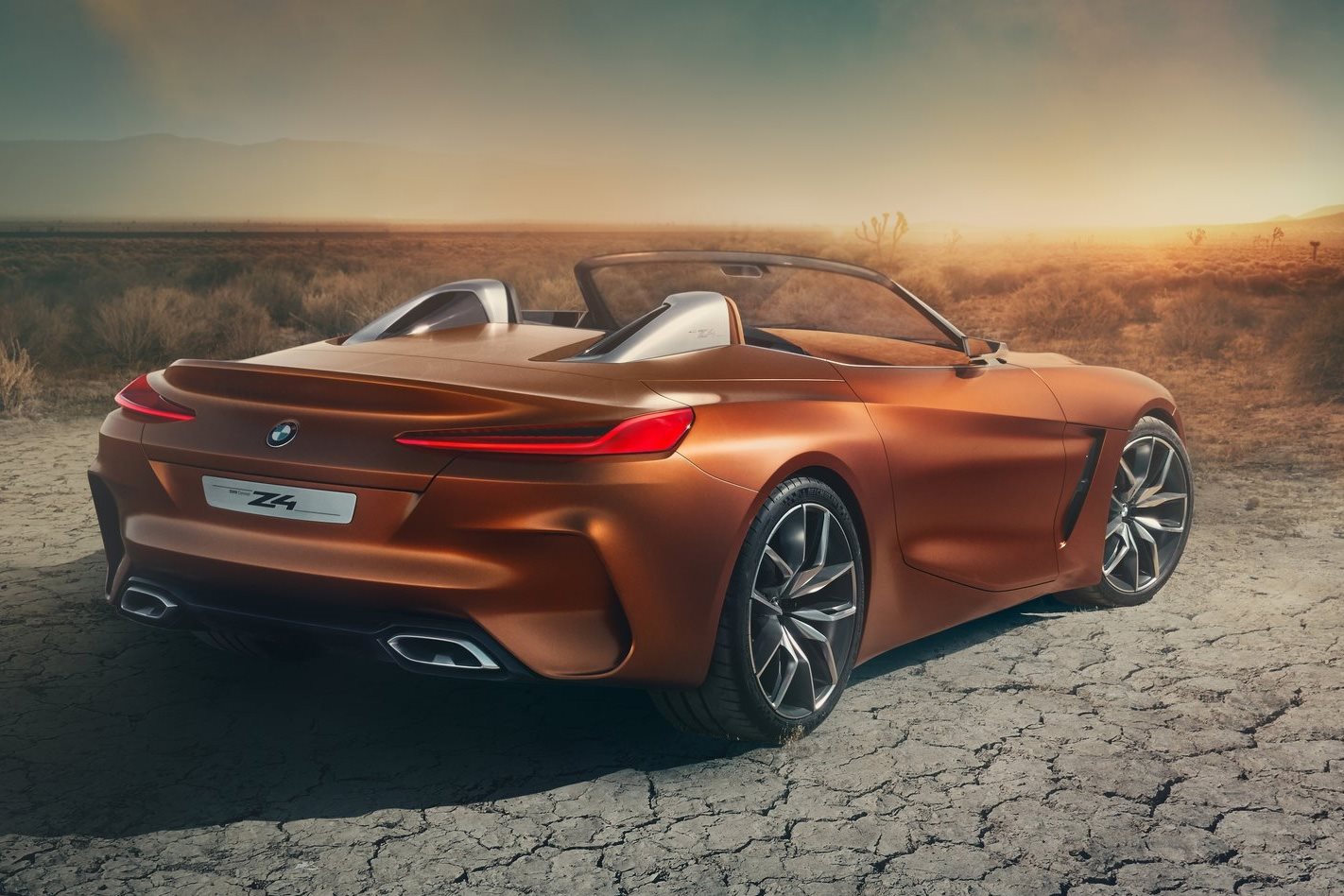 With BMW offering up its own sports car platform – inline six included – as part of the tech-sharing deal with Toyota, Tada said it made sense to exploit that in order to bring the Supra nameplate back from the dead rather than keep the Supra bloodline pure by using platforms and engines engineered in-house by Toyota.

BMW will spin off a successor to the Z4 (above) off the shared Supra platform, but Toyota will also share its expertise in fuel cells and electrified powertrains with the German manufacturer in exchange for using BMW’s sports car hardware .

Are you one of the many fans worried by this inter-brand fraternisation? Don't be. Tetsuya Tada is no stranger to cross-company collaboration. His last project, the 86, was built on Subaru underpinnings and used a Subaru engine, yet was fettled by Tada and his team to replicate the neutral nature and controllable oversteer of the 80s-era AE86 Corolla/Sprinter. It worked so well, we crowned it Car Of The Year in 2012. 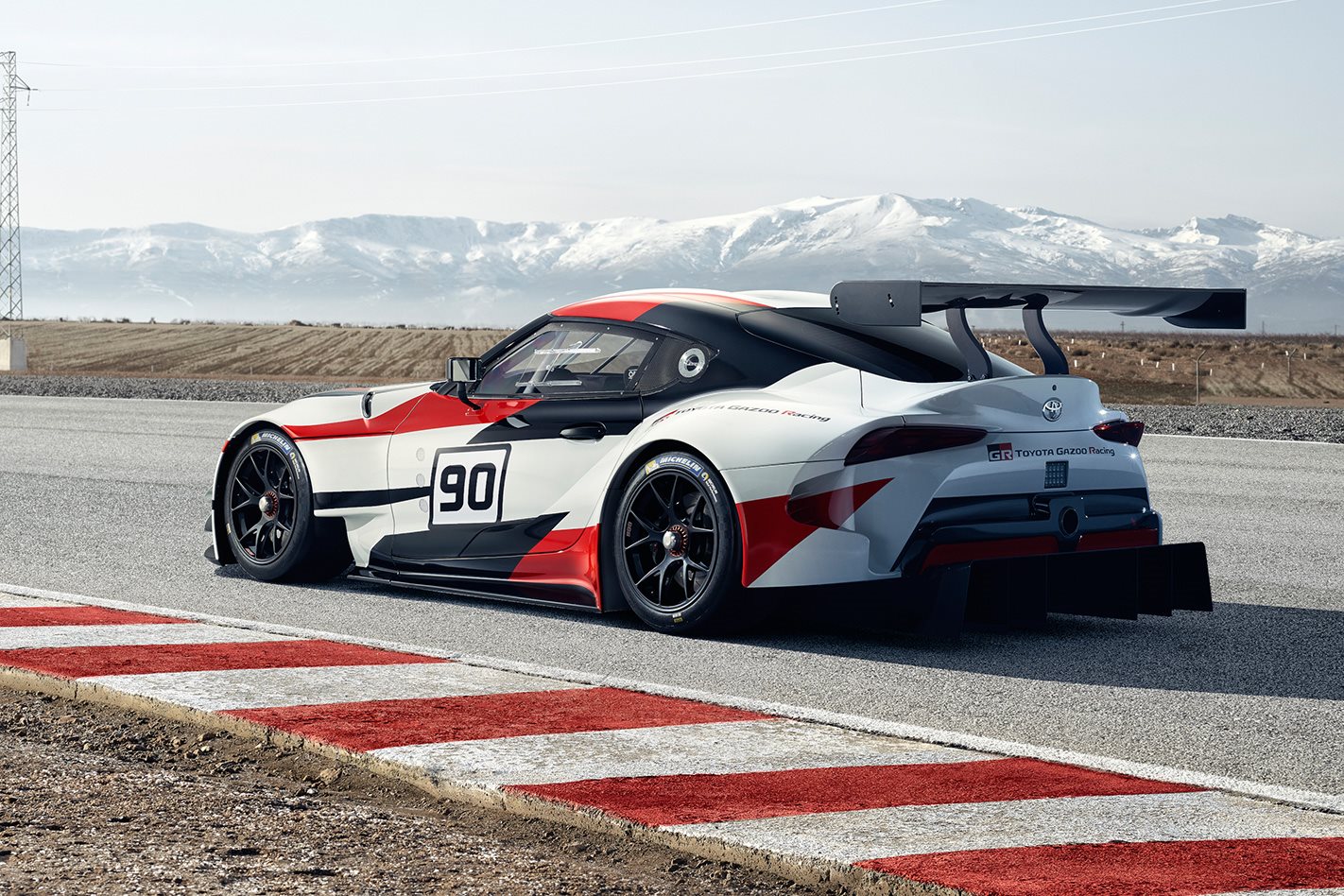 And even though BMW is doing much of the developmental heavy lifting on Toyota’s next Supra, Tada is confident that he’ll be able to massage that German metal into a faithful – and deserving – successor to the fourth-gen JZA80 Supra.

“In terms of hardware, even if the hardware seems similar, the calibration is quite different between the two companies,” he said.

“The engineers of each company would calibrate different hardware according to their tastes. For Supra, Toyota is in charge of the basic concept as well as interior and exterior design, and BMW is in charge of developing and production based on the design that we come up with.”