THE LandCruiser 70 Series, due to hit showrooms in the fourth quarter of this year, has received significant safety and performance upgrades.

The 70 Series range retains the 4.5-litre V8 turbo-diesel donk, but the addition of piezo injectors will now provide better response at low engine speeds. The manual-only transmission also remains, but gearing has been tweaked to maximise fuel economy and limit NVH.

Toyota subjected the 70 Series – with a focus on the best-selling single-cab chassis – to more than 100,000km of exhaustive and vigorous testing on harsh Aussie terrain, which has resulted in the workhorse receiving a stiffer new frame with thicker side rails.

The new frame is likely to increase the strength of an already tough rig, while also reducing vibration and improving handling and stability. 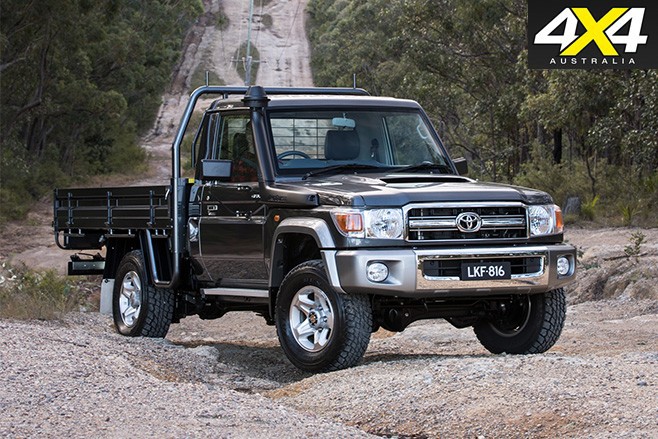 The improvements aren’t just limited to brute strength, with the Japanese tourer’s safety features also getting a tune up.

“[The 70 Series] receives important safety and emissions updates that are required by many customers – as well as regulators – to enable Toyota to continue selling the 70 Series in the Australian market.” Mr Cramb added.

The single-cab version will receive curtain-shield airbags and a driver’s knee airbag in addition to the existing driver and front-passenger airbags, and it’s expected to receive a five-star ANCAP safety rating.

Pricing for the new 70 Series is yet to be released.