TOYOTA has announced it will close its Australian technical centre in June next year, a decision that will result in 109 redundancies.

The Mulgrave-based Toyota Technical Centre Australia (TTC-AU) is just one of five worldwide and has been responsible for body engineering, interior and exterior design, chassis and electronic engineering as well as vehicle evaluation since it opened in 2003.

The TTC-AU has been heavily involved in the development of Toyota Camry, HiLux and most recently, the freshly launched Fortuner, which ironically has been the centre’s biggest project to date.

TTC-AU currently employs about 160 staff and has faced an uncertain future since Toyota announced it would quit Australian manufacturing in 2017.

It had been forecast that the centre would continue to operate at a reduced capacity beyond 2017, but after months of evaluation, TTC-AU president Max Gillard told Wheels it was considered no longer viable.

“We’ve had to reconsider the whole situation,” he said. “The decision for us was that a minimum we’d have to scale back and we communicated that to our staff in February 2014.  But now we’ve come to the conclusion that we can’t remain as an operation in Australia and that we will close.”

TTC-AU employees were told of the decision internally months ago, but it’s only now that the closure has been made public.

“There will be three waves of redundancies preceding the final closure and we’ve worked hard to make sure our team members are well looked after,” said Gillard, who revealed two redundancy waves had already taken place.

“Some of our very well developed engineers have been found work within the company around the world, which means travelling overseas. About 25 people took that option.” 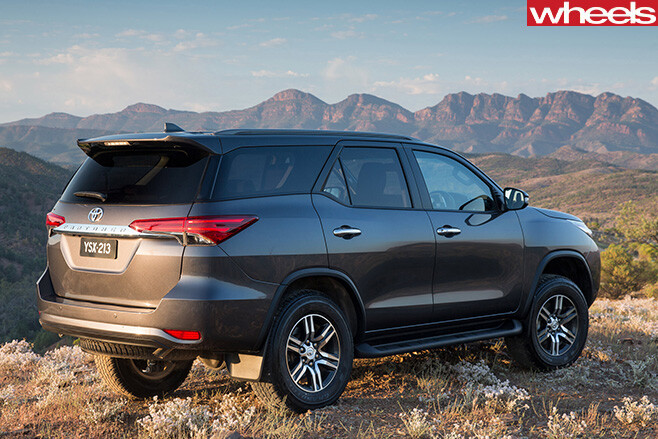 “All of that knowledge and all of those functions will be relocated to TMCA,” said Gillard. “Toyota Japan has looked at the situation and said 'what is it that can only be done in Australia' and they  clearly said we can’t do those jobs in Japan or anywhere else in the world, so we’ve got to keep those functions, because of the uniqueness of our environment, and the uniqueness of our customer requirements, particularly off-road driving.

“A lot of Australians go off road everyday which is not that common in Japan or America or other countries.”

Gillard said the knowledge that TTC-AU would leave a lasting legacy was a comfort to all of the centre’s staff.

“Amazingly, the feeling among the employees is fantastic,” said Gillard. “They are very proud to have been involved in the project and when they leave they will know they were instrumental in [development of] the Hilux and Fortuner.

“I believe the knowledge of the off-road development centre is one of our legacies and that will live on for a long, long time and will benefit not just Toyota, but I believe, the wider Australian market. When we do close, it will be a great comfort knowing we’ve left that legacy in what will obviously be a very sad time.”

Unlike Toyota, both Ford and Holden will keep an international engineering presence in Australia beyond the end of local production.

Ford's research and development arm will live on after the production lines stop late next year, while Holden has announced it will retain more engineers beyond its late 2017 closure than it had anticipated, signalling a wider R&D role in General Motors' global development program.