Volkswagen poised to carve up its empire

VOLKSWAGEN Group is believed to be on the cusp of announcing a major carve-up of its empire, as it struggles to pay for the rising cost of Dieselgate.

Rumours are flying ahead of a press conference called for later tonight Australian time, where the German carmaker is expected to announce it will shed some of its non-passenger car assets, including motorcycle brand Ducati, and truck-making arms MAN and Scania.

Volkswagen chief executive Matthias Mueller is believed to have already presented the change in strategy for the world’s largest carmaker to its supervisory board, gaining approval for tonight’s announcement, Bloomberg reported.

The biggest change – apart from the shedding of some of the company’s best-known brands – is believed to be plans to merge its parts operations for individual brands, including Volkswagen passenger cars, Audi, Škoda, and European budget brand Seat. Volkswagen is unique in the carmaking world in that it makes most of the components that go into its cars, rather than relying on outside suppliers. 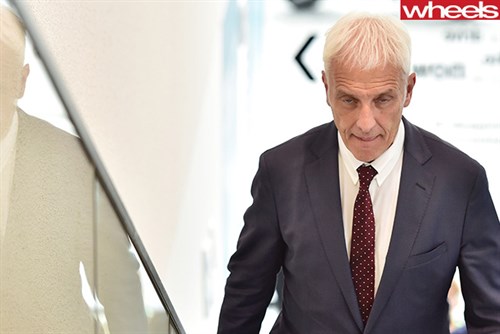 It will mean Volkswagens’ parts makers will have to bid against external suppliers to win work, driving down costs and improving efficiency. According to Forbes, VW spent the equivalent of A$220 billion on raw materials, supplies, merchandise and services last year, compared with just A$120 billion in 2010.

Volkswagen Group has already flagged major changes for the way it will build cars in the wake of Dieselgate.

Instead of pursuing outright growth making traditional passenger vehicles, the carmaker says it will focus on developing new ride-sharing and the development of electric vehicles.

Dieselgate – the name given to the crisis that enveloped the carmaker in the wake of the revelation that it had cheated on vehicle emissions tests in mostly diesel engines – has already cost the company dearly.

In April, VW Group announced a A$25 billion dollar loss in 2015 as it accounted for fixes that it will need to apply to more than 11 million cars globally.

In Australia, VW will need to fix almost 100,000 vehicles. So far, the company has only rolled out a software fix to more than 8600 Amarok trade utes, with the next roll-out of fixes to apply to more VW, Škoda, Audi and Porsche-badged cars due soon.