Retaining the Holden Commodore badge on an Opel-based large car from Germany perhaps could be a case of déjà vu – after all, the original 1978 VB was heavily based on this German-built Opel Senator up for sale in the UK classifieds this week.

If the decision to keep the nameplate is radical – and it rightly has loyalists up in arms – then so too was the VB Commodore that killed the mighty Kingswood back in the late 1970s. Smaller and Euro-chic, there are parallels here that are impossible to ignore. The 1980 Opel Senator 3.0 CD with 48,000km on the clock is asking £9,985 (AU $16,900) and is the equivalent of the original Holden Commodore SLE specification, complete with the same headlight wipers and maroon velour trim.

The CD matched our SLE with power steering, power windows and central locking – huge luxury for the 1970s – but the German-built model exclusively scored heated seats. Otherwise the two are the same inside, right down to the door skins, door pulls, window and heater switches, dashboard design and gauges – all but the steering wheel and seats. 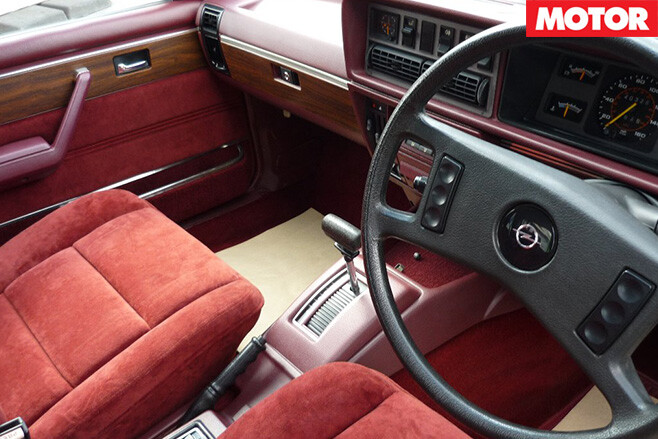 Our Australian-made model, of course, scored a mixture of 2.8- and 3.3-litre ‘red’ straight sixes, and 4.2- and 5.0-litre V8 engines. Each used GM’s new rear-drive V platform, but it would take until the 1991 VP for a basic semi-trailing independent rear suspension to be made available locally, when it was available on Opel versions from the start.

Not that the VB Commodore was just a mirror-imaged Senator outside or under the skin. 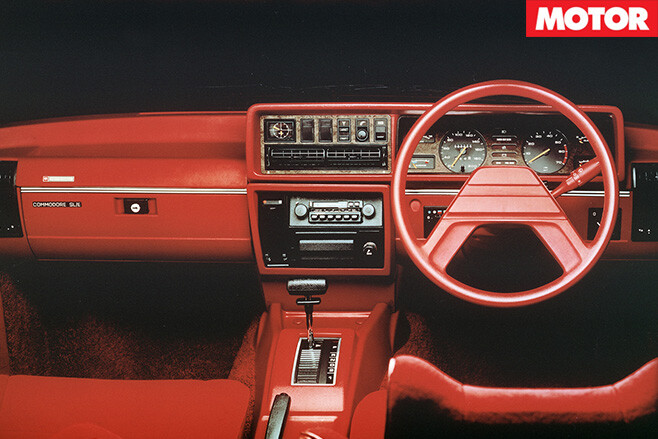 A ‘chicken wire’ front grille and rear styling were pinched from the Opel Rekord, the cheaper version of the Senator. It would take until the 1984 VK Commodore for Holden to pinch the sixth-window design from the Senator, in an attempt to make the tiny Euro-‘dore appear bigger to match the supersized Falcon.

The biggest point to take away is that Holden engineers tested the German version in the Australian outback and it basically fell apart on rough dirt corrugations – one prototype was said to have broken at the firewall.

Holden toughened the Senator and created the Commodore, with the V8 engine the beating heart of our nation’s driving enthusiast culture. The name came good with new fans and Kingswood loyalists alike, and Commodore has outlasted Rekord, Senator and Omega nameplates in Opel’s history. Even the new Insignia hardly has a loyalist pull overseas. Back then, a closed economy and rough roads meant Holden needed to deliver a car designed and engineered for Australian conditions. The new Commodore/Insignia will be tweaked by Aussies, but it’s hardly the same. Even if Commodore is coming full circle to its European roots, for many a fully imported 2018 front- and all-wheel drive model is definitely not the same.