Seven seconds isn't a long time in anyone's language, even for those fluent in drag racing.

Obviously UR didn't hold back on this red example, because it devours the quarter mile in just 7.807 seconds – a new world record.

The fearsome speed comes as result of its twin-turbo package that has been squeezed to produce 1324kW– at the wheels – from the car’s V10. 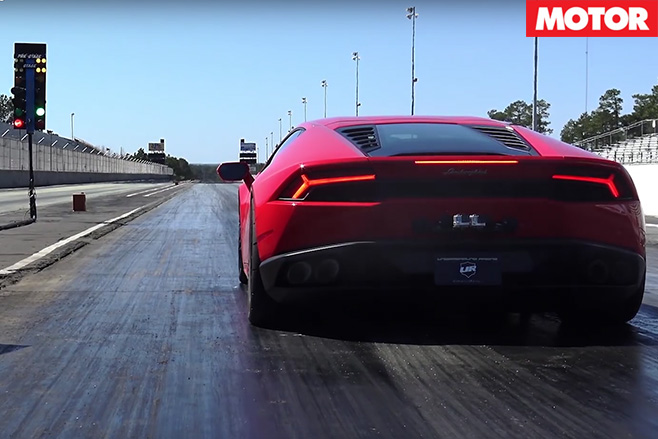 Underground Racing claims adding a Dodson 10-plate clutch to the car’s dual-clutch transmission allowed the monumental power figure. With the increase in durability bigger turbos could be added, and presumably a whole lot more boost.

While the price of this car's particular package isn't listed, UR’s website states a Huracan with a warranty-backed 745kW at the wheels will cost US$99K. Plus the cost of your own 5.2-litre V10 Italian supercar.

Scarily, UR remark there's more left in the red Huracan, and promise faster times with an 'X Version' setup of the car's transmission.

Can it dip further into the seven second bracket? Watch this space.