Your car could be emitting less than manufacturers claim

How authorities are cracking down on an even more devious emissions cheating. The upshot? You’re going to an end up with a spy in your car

IT’S LIKE whack-a-mole. Close one emissions loophole and some ‘enterprising’ car manufacturers do their darnedest to open another. Last year the European Union claimed that car makers were submitting inflated figures for their vehicles' carbon dioxide emissions.

This was made possible largely in the transfer from the old discredited NEDC economy and emissions tests to the new WLTP protocol. Officials saw "some evidence" manufacturers were configuring vehicles differently for the WLTP and NEDC tests, in effect sandbagging the new test for 2021 which would make the 2025 and 2030 targets weaker. 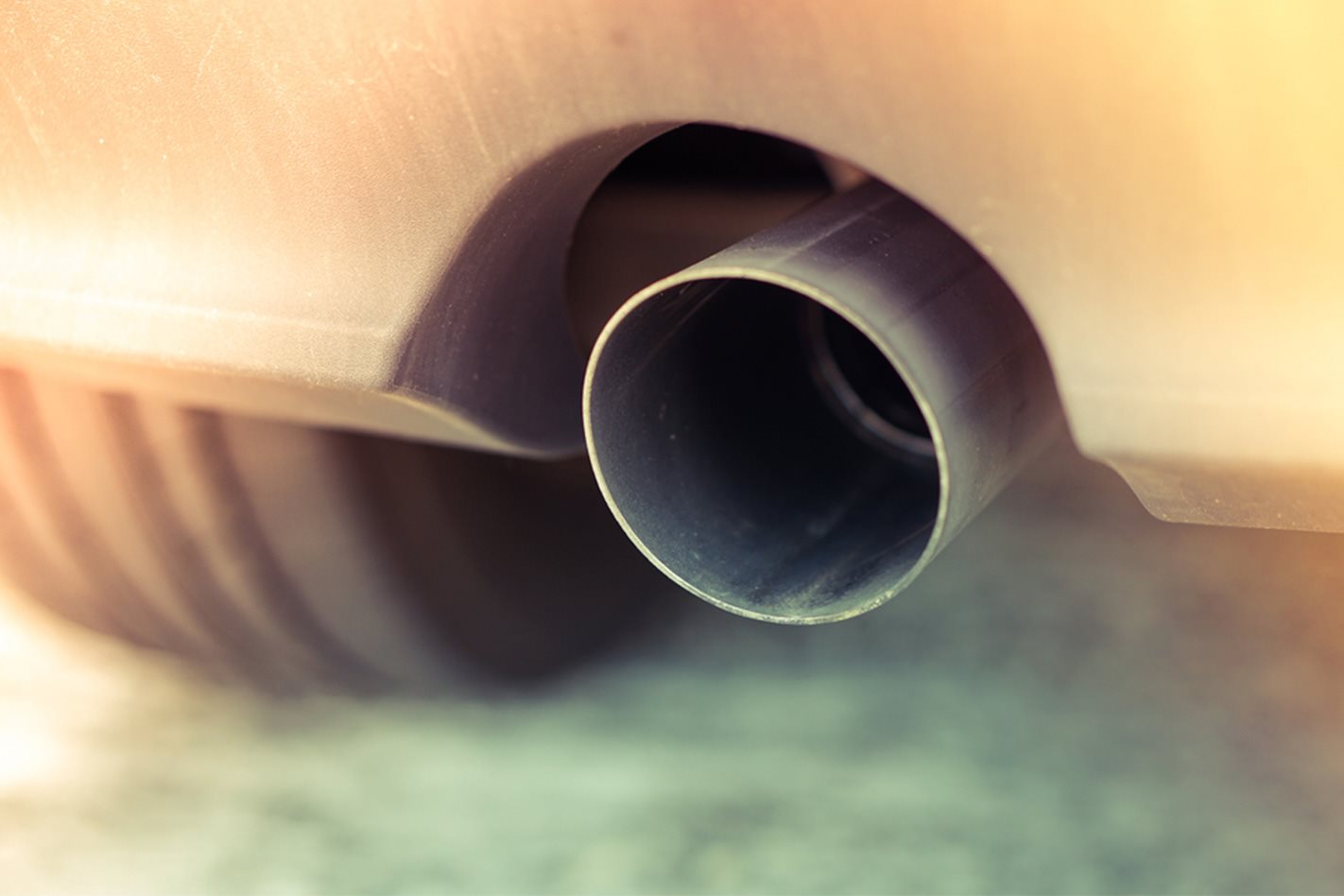 Without naming names, the European Commission has alleged that at least two manufacturers were gaming the system with the aim of gerrymandering the target of fleet CO2 average reductions of 15 percent for 2025 and 30 percent for 2030. It was alleged that declared emissions were, on average 4.5 percent higher than actual measured values, with some models claims being as much as 13 percent higher than measurements.

And therein lays the problem. WLTP was developed before the Dieselgate story broke. The European Union had long suspected that manufacturers were tweaking their cars to perform better in the lab than in the real world, but had little concrete evidence as to how, or the extent of the problem.

The European Federation for Transport and Environment has claimed that the gap between the test and real-world emissions of new cars soared from 9% in 2000 to 42% in 2016. This came chiefly via car manufacturers manipulating the laboratory test and also through fitting technology (such as idle-stop) to cars that deliver greater benefits in the lab than on the road. 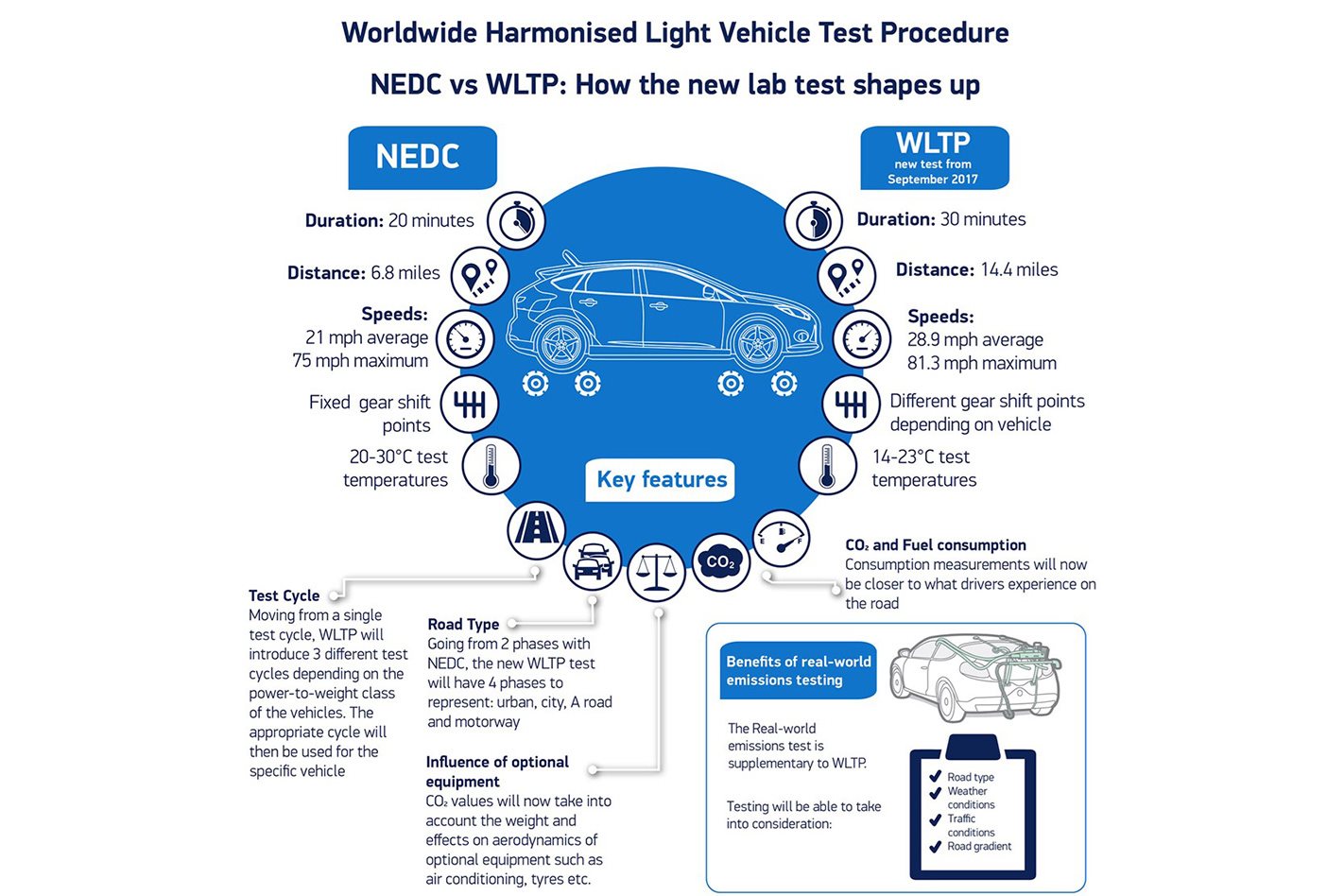 Read next: Australia’s EVs are dirtier than petrol cars

In order to try to stop this, the European Union recently announced two key measures. The first was that the 2021 CO2 baseline isn’t going to rely on numbers declared by manufacturers but directly on measured values instead. Test parameters have been tightened to prevent manipulation of the results. Manufacturers must also report both measured and declared CO2 values to the European Commission.

The second is something of a departure to what has gone before. In order to monitor CO2 emissions under real-world driving conditions, from next year all new passenger cars, must “determine and store lifetime fuel-consumption and/or energy-consumption values”. From 2021, all new vehicles, not only new vehicle types, must be equipped with an on-board fuel and/or energy consumption monitoring device (OBFCM). In other words, your car is going to be constantly monitoring your fuel economy. There are problems with this that have yet to be addressed. How accurate is this non-standardised equipment? It’s calibrated during the WLTP lab test, but there will clearly be a temptation for car manufacturers to get the sensors to read as low as possible. How will the data it generates be communicated back to any verification body? At service? Over the air? Then there’s the issue of consent. It’s a minefield.

So, for the time being at least, it looks as if emissions testing will continue to be a murky business between poachers and gamekeepers. As ever, the end user pays. Here in Australia, we might view CO2 emissions with a certain detachment, but what happens in Europe tends to affect the cars we buy. A European Federation for Transport and Environment reports has claimed that widespread industry manipulation of fuel economy testing cost European drivers an extra €149.6 billion in additional fuel bills between 2000 and 2017. In 2017 alone, this accounted for €23.4 billion of their money – slightly more than what all Swedes spent on food that year. So next time you’re at the bowser and wondering when the digits are going to stop clicking over, remember that it’s probably doing the same for Aussies too.

As it stands, 2017 is the most recent year we have full average CO2 emission values for European cars. The figure stood at 119g/km. Under the EU regulations, CO2 targets for individual manufacturers are adjusted by the average vehicle weight of their fleet. So a manufacturer of big cars like Bentley gets a little more leeway than, for example, a Fiat. In addition, manufacturers are allowed to form pools with other manufacturers in order to jointly meet CO2 targets. This has seen FCA and GM purchase emissions certificates from cash-hungry EV manufacturer Tesla. Chrysler alone is rumoured to be set to divert hundreds of millions of Euros this year to Tesla in order to bring down its EU fleet average. The table below lists the most significant EU manufacturer groups, their average CO2 and mass value in 2017, and their 2015 and 2021 CO2 targets. 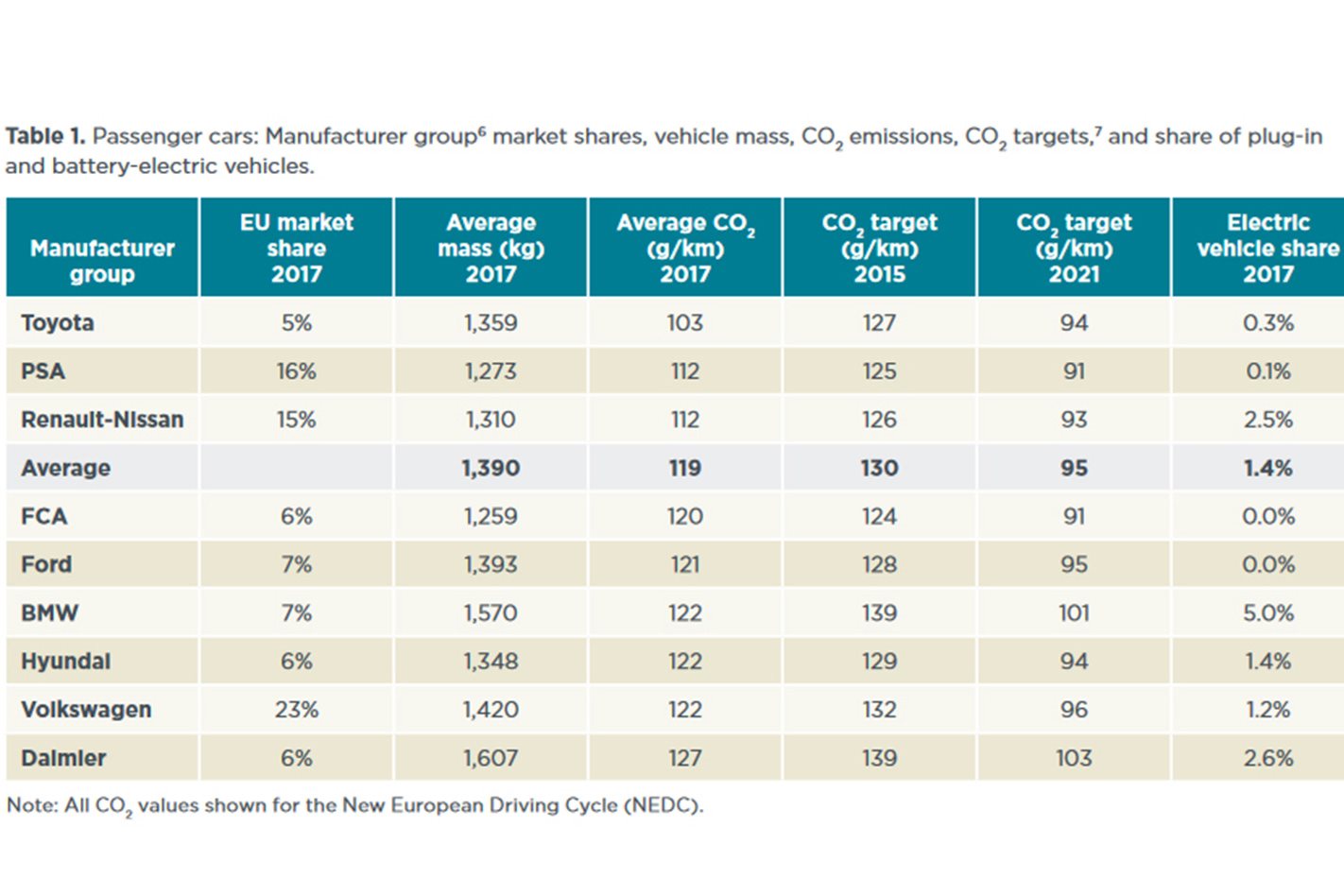 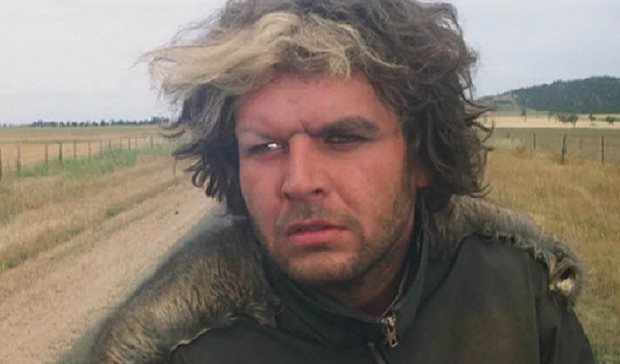