The media consists of corrupt scumbag journalists who are in it only for the big bucks – Just ask the facebook trolls.

Feedback regarding 4X4 Australia’s annual 4X4 Of The Year (4X4OTY) test never fails to amaze me.

Even before the advent of online social media platforms such as Facebook, we’ve always received loads of letters regarding the 4X4OTY testing procedure and, of course, the result. And despite explaining precisely how the contenders are selected each year, and precisely how they are tested, judged and scored, there’s always feedback questioning the process, implying that the result is somehow rigged to favour a certain brand of vehicle due to some imagined bias, or graft and corruption.

For those of you who missed out on the February 2016 issue of 4X4 Australia, it was the new Ford Everest that picked up the most recent 4X4OTY gong. Here’s what James Burke had to say about that on 4X4 Australia’s Facebook page on January 14, 2016: “Ford paying big money for top spot again I see.”

Stason Smith goes one better, writing on the same day: “you guys suk! ford cant [sic] be better then [sic] Toyota or Nissan!!!! How much did you get paid to write this [sic] lies?”
Hang on, guys; a Ford has not won the award in the past 31 years. 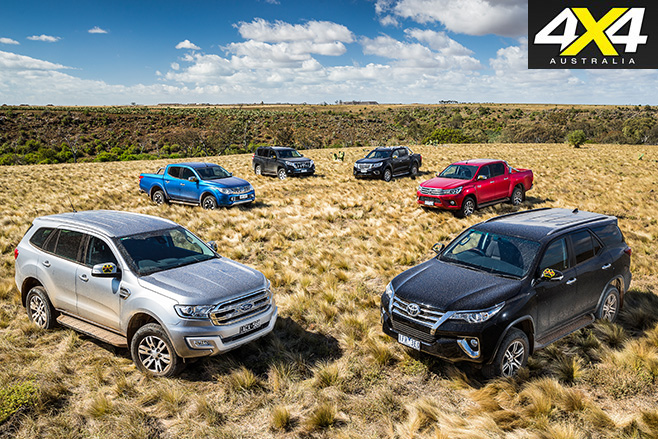 Of course, much of this negative feedback simply stems from the personal biases of the letter writers; they probably want validation for the vehicle purchase they have made. I make this assumption because I highly doubt they have gone to the effort or expense of driving all of the 4X4OTY contenders, let alone the effort of flogging them silly in as many on- and off-road situations as the experienced 4X4 Australia test team.

Then there are the people who wonder why their vehicle was not even included in the test. On January 14, at 7.04am, Loven David posted on Facebook: “Bullshit test...Why wasn’t the Isuzu and VW brand part of the test?”

So fired up was he that five minutes later he followed this comment up with: “It’s a bullshit test. Why didn’t you test Isuzu or VW Amarok? I did and they were far better. No major upgrades on these models because the ones you tested is [sic] still playing catchup [sic].”

Fortunately 4X4 Australia didn’t have to reply to Loven David, because Wayne Hall took it upon himself to do so at 7.19am, stating: “Presumably not enough of an upgrade this year (Didnt [sic] pay enough to the journo??).”

Crikey, Wayne! Are you for real? Do you really believe the car companies are so keen on winning 4X4OTY that they pay off journos? 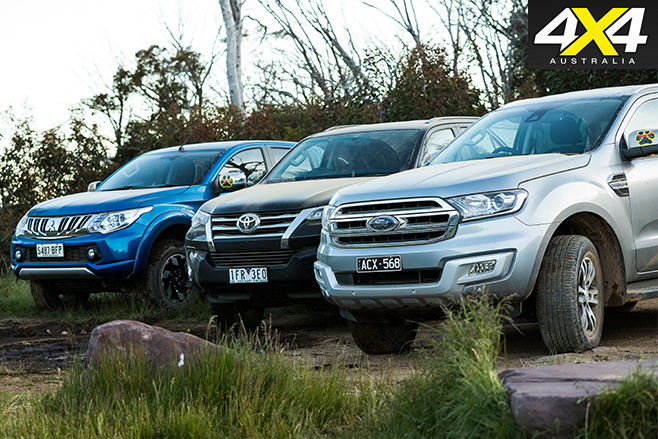 Then there were those who pointed out the already highly publicised one-off fire that saw a Ford Everest press vehicle burn to the ground. As Brett Collins so eloquently wrote on Facebook: “People have short memories that exact test car burnt down, shouldn’t that be a red flag for automatic disqualification? couldn’t give me one for free i hope next years [sic] winner is more reliable.”

Brett, Ford traced the fault to an incorrectly fitted battery, not a systemic problem with the vehicle. It could happen to any four-wheel drive and, over the years, has happened to many.

Back in the good ol’ days of snail mail, I reckon 99 per cent of the feedback we received came from people who were genuine 4x4 enthusiasts and fans of 4X4 Australia, but in these modern times of instant publication via social media, I reckon there’s a lot of people out there who simply feel the need to air their opinions, even if they haven’t read the article on which they’re commenting.

It’s not all dodgy feedback and, in fact, many people go in to bat for 4X4 Australia’s stance, defending the magazine’s choice of 4X4OTY regardless of what they drive (thanks fellas). These people are easily identifiable as readers of the magazine, because they usually back up their statements with an understanding of the award’s vehicle selection process, and the method by which the vehicles are tested, judged and scored.

Oh, and they rarely display the emotional immaturity of the haters.

I learnt long ago that the best form of defence against social media attack was to simply let it through to the ’keeper, but sometimes I just can’t help myself.