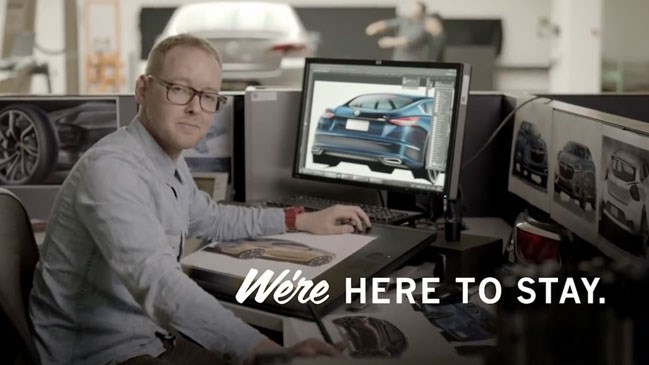 To be fair, a lot of television advertising manages to inspire in me both bafflement and pointed rage (what is the point of Toyota's Hip to be Square Camry campaign - to make people who've bought one feel better about their dorkiness, or to sell more cars? I can't see it doing either), but Holden's "We're Here to Stay" campaign caused my jaw to land in my lap faster than I could use it to spit out a string of profanities.

I can just picture the meeting where the marketing types came up with this drivelling dross - and you have to wonder how long ago they had said meeting, considering the collection of smiling sportsmen they assembled for it in record time.

The people whose job it is to make sure people will still buy Holdens when they're as Australian as kimchi or cheese in a can - and fear not for them, because they will still have jobs come 2017 - realised they had a bit of disaster management on their hands.

The news that Commodore was effectively a zombie on wheels and that local production was going to cease would probably not be sending buyers flocking to Holden dealers in the immediate future. So how could the marketing geniuses turn that trend around? By appealing to our national pride with an advertisement that gushes more effluent than the Ganges. We're here to stay, kind of, except for all the bits that are leaving. Like the factories.

I don't believe for a minute that they didn't consider the consequences. "Won't this piss off the people who are going to lose their jobs? You know, like they're not 'here to stay' exactly, are they?"

Well, sure, some management type probably replied, but there's only 50,000 or so of them, tops, if we include all the downstream suppliers who are up shit creek, and they'll probably end up having to buy Chinese cars anyway, cause they'll all be poor. And they'll hate us forever.

What these geniuses underestimated horribly is how angry it would make average Australians - ie anyone with half a brain, and even a quarter of a heart. Here's a company that's just announced it's going to shed most of its Australian workforce - supposedly in a few years' time, but possibly sooner if they keep up these awesome ad campaigns - trying to tell us that we just shouldn't worry about that, and we should keep sending our dollars into some off-shore multinational, so that they can throw them on top of the billions our government has already generously gifted them in the past (money also sometimes known as our taxes).

It's so inappropriate Rodney Rude couldn't have thought it up. It brings to mind a comedian doing Osama Bin Laden jokes on September 12th, 2001, and then turning to the booing audience all po faced and asking "too soon?" Only if the National Rifle Association in the US had run some of its "You can take my gun... from my cold dead hands" or "Guns don't kill people, people do (people with guns)" advertisements the day after the Sandy Hook school massacre could Holden have been outdone in the outrage stakes.

Not surprisingly, there was talk of boycotts. South Australian premier Jay Weatherill slammed the campaign as inappropriate and complained to Holden, which told him not to worry, because the ads would only be on for a limited time anyway. No one seems to know whether that time was shortened after the firestorm of protest against the idiotic campaign, but a betting man would probably think so.

I've noticed the Holden ads during the cricket lately are back to selling on runout pricing, and that's what they should stick with. Value, particularly the kind that Korean imports like Captiva offer, should be the company's selling point from now on. Appealing to our national pride is like offering a helping hand up to someone you've just king hit into the gutter.

Guess what, Holden, we're still here, too, and we're wide awake to your game. 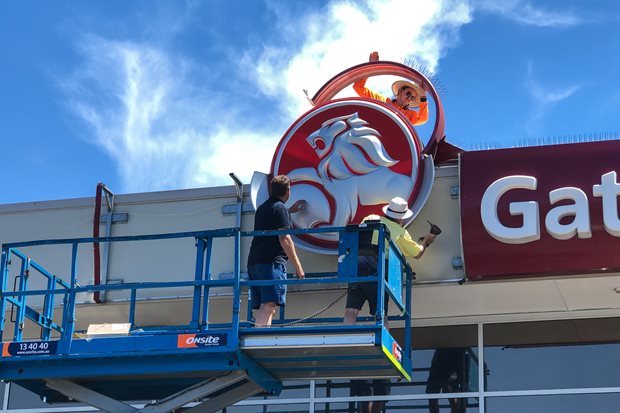