You would have to be living under a rock if you haven’t heard that the last Land Rover Defender will be produced in 2015.

Now I know some of you will be thinking, ‘that’s no bloody great loss’, and in moments of sarcasm I’d probably agree. Still, it’s going to be a sad day when the current Defender goes. Here’s a vehicle that, with all its faults and foibles, traces its heritage back to the very first Landy ever built. And while it has progressed and improved since those early days, there is no mistaking its heritage.

As a young tradie in the Australian Army I learnt my electrical-fault-finding prowess on a Series 1 (pretty rare even back in 1965) and the more common Series 2A. The second 4x4 I ever owned was a Series 3 Landy, and it’s no exaggeration to say I had a love-hate relationship with it.

Still, it did take me around the west coast and through the Kimberley in the mid-70s, before its head cracked in Darwin. And after shelling out a veritable packet for parts, freight and repairs, we limped home to Victoria.

Losing the Defender is one thing, but it will be even sadder if the current pictures (artist’s impressions) of its replacement currently doing the rounds are accurate. Land Rover is being tight-lipped about what will be in store, for no other reason than the proposed replacement won’t be available until 2018.

Even so, there have been concept vehicles shown at the great auto shows around the world, and Land Rover spokespeople have uttered outstanding marketing hype such as: “The new Defender will be the most capable ever built”, or words to that effect.

A recent post to my Remote Australia Facebook page on the replacement Landy drew plenty of scorn from followers, even from Land Rover diehards... maybe the bitter comments even came from them.

Back in March the publication, Automobile (www.automobilemag.com), came out with what I reckon was the most hopeful prediction for the future. It stated that there will be five body styles, including SWB and LWB pick-ups and possibly a choice of up to five engines. More importantly, a live axle suspension system will be a feature of some versions. Still, it’s only a guess on their part.

Among the innuendo floating around, another rumour I heard was that the Defender will continue to be produced by Tata, the owners of Jaguar/Land Rover. This is surprisingly feasible since Tata, based in India, is not only a major builder of vehicles, but its market would also lend itself to the utilitarian Defender.

Mind you, with the current Defender ending its days because of the EU’s continual improvement in emission and crash standards, you’d have to think its life as a Tata Defender in Australia would be very short-lived given our preponderance for following the EU in vehicle standards.

So where does that leave us? Well the 70 Series Cruisers and Jeep Wranglers are looking better all the time. I know I won’t be buying any vehicle that looks like an over-grown Mini, as some people have declared the envisaged Defender.

If you love Defenders and want a true off-roader, I’d be putting my name down for the small number of Limited Edition Defenders – the last of the present line and shape – which will come to Australia later in 2015. 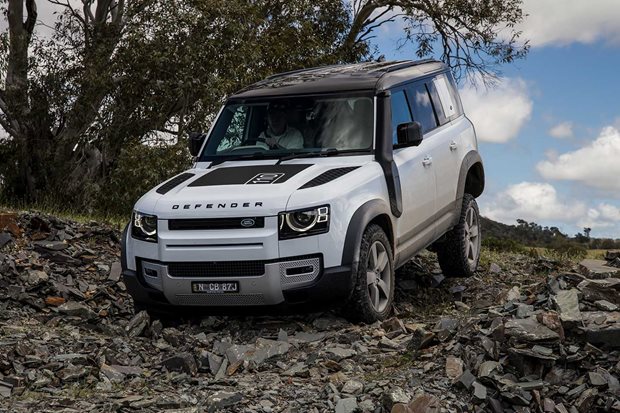 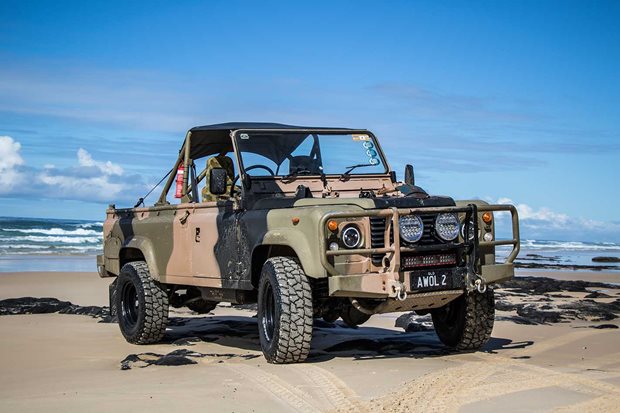