The Insider: Is the rise of social media the downfall of new cars?

Car makers used to generate anticipation by building a genuinely great car, however these days they can just buy hype through social media.

Manufacturers want coverage more than ever, but they’re less keen on the sort of scrutiny that will slot their products into a hierarchy of rivals. You know, the exact thing that magazines like this one do.

Why let grubby journos drive a car if there’s a chance they might not think it’s the best thing ever? It’s not like there’s a shortage of alternatives…

Enter the ‘influencer’ – those web-based personalities with substantial followings, who can often be co-opted into delivering the sort of hagiographic guff that the marketing department might reckon was a bit OTT. Car makers – especially those trying to flog top-end product – are taking them increasingly seriously, often dispatching them on the same launches as old-fashioned media, sometimes even giving them earlier or better access.

Smelling vinegar? This isn’t just sour grapes – some influencers are indeed proper journos, leveraging their prominence to produce unique content. Chris Harris, the former magazine journo who segued his self-funded YouTube channel into a gig presenting Top Gear TV in the UK is probably the best example. Harris was banned by Ferrari back in 2011 for criticising the brand for trying to win every comparo at any cost, so he’s certainly no yes man. 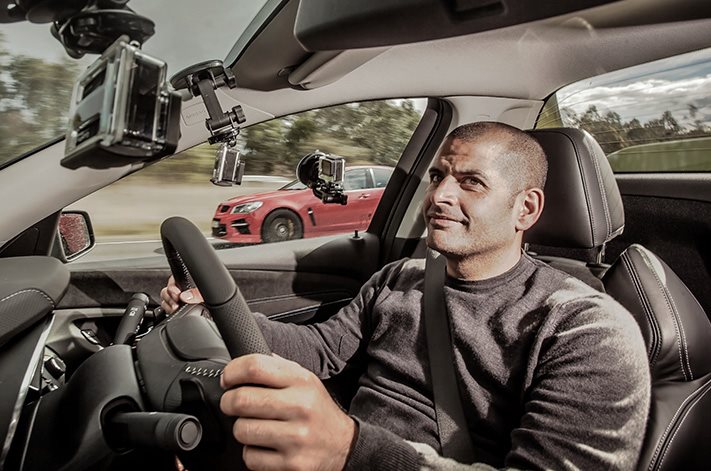 But others are nothing more than fanboys with followings. Like, for example, Shmee150, real name Tim Burton, a well-spoken English chap who started out filming other people’s supercars before starting his own collection of ‘Shmeemobiles’, including a McLaren 675LT. His exploits have earned his YouTube channel a million followers, but you’ll watch it in vain for any insight beyond the fact he seems to love everything.

Real supercar buyers definitely don’t wear blinkers. Gain access to some of the carefully guarded forums where McLaren or Ferrari owners compare notes and you’ll find a full and often forthright discussion of faults and foibles – views that are often in stark contrast to the official line.

But influencers don’t dig dirt, their place at the table is based on the strict understanding that they will deliver the sort of criticism-free content that manufacturers crave. As a senior PR for a luxury brand recently put it, “the question from the board member is never ‘why haven’t I seen it in Magazine X?’, but ‘why haven’t my kids seen it on Instagram?’”

The ambition is buzz or hype rather than critical analysis, with influencers and low-grade celebrities co-opted to help deliver it, often through the sort of posts that are big on #livingthedream type hashtags. While the full reckoning will come, journos are persistent buggers and we’ll usually get to wrangle both drives and proper comparos eventually. But it’s worth remembering that hype can be bought, as well as earned.