IT’S AN ugly question that follows the keys to anything expensive and exotic.

It arrives most in car parks and at service stations, where on the odd occasion when I drive something special, I’m approached by complete strangers. They use the question as a greeting.

It’s not the query itself that I mind, as much as the emphasis on the final word – like they can’t believe I could possibly own such a machine. 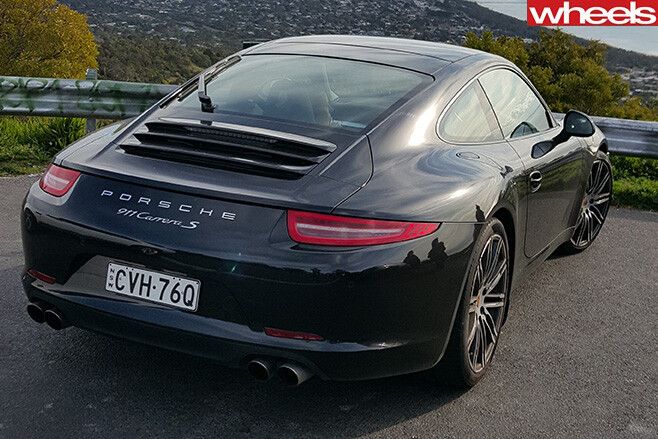 Normally of course this doesn’t matter, because on revealing that no, I don’t own the car, the strangers transform into my new best friends. It’s as if an invisible barrier is dropped and we’re left to admire the car as equals.

Not this time, though.

With the keys to the Wheels Porsche 911 firmly wedged in my fist I decide that this weekend, the 911 is going to be mine.

“I own a small IT company,” I’ll tell the strangers. Or, “I just sold a social media app to Yahoo.”

This decision is down to the 911’s spec, which if I had $270K to spend, makes it almost the exact Porsche I’d buy. My Porsche 911 Carrera S would be white not black, would have three pedals and not two, and I wouldn’t option those 20-inch Turbo wheels, but the rest of the car is spot on.

The Sports Chrono pack, for example, is a must, as is the $5890 sports exhaust. 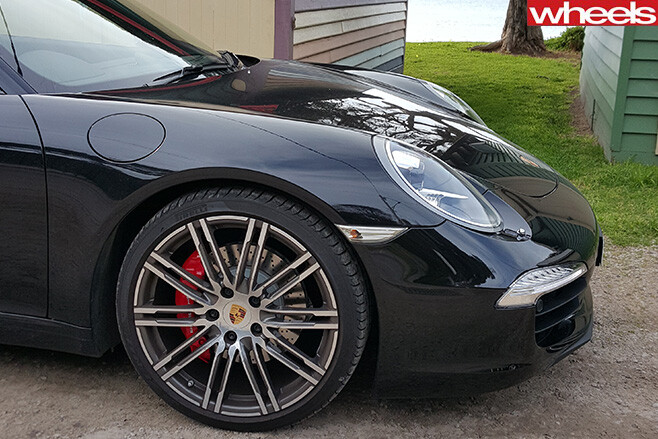 So why then, is my weekend fang in the 911 tinged with sadness? It’s to do with that iconic 3.8-litre flat six engine, and the realisation that next year, a naturally aspirated 911 will be a rare species.

Porsche is rolling out turbo engines across its entire range (only the GT3 and GTS are likely to avoid forced induction), which means weekend drives like this are on borrowed time.

The benefit from turbo engines will be oodles of torque (an extra 60Nm in Carrera S spec) and improved efficiency, but after ringing this 911’s neck up a twisty road near Melbourne’s Mornington Peninsula, I’m convinced some of the magic will disappear.

No turbo donk can replicate the razor sharp throttle response of Porsche’s atmo flat six, or that intoxicating feeling of having the revs exactly where you want them at exactly the right time.

Then there’s the sound. Get an aspirated 911 above 4000rpm and the way the noise builds from a bark to a unique, spine-tingling howl at 8000rpm is intoxicating. Good luck achieving that engine note with turbos. 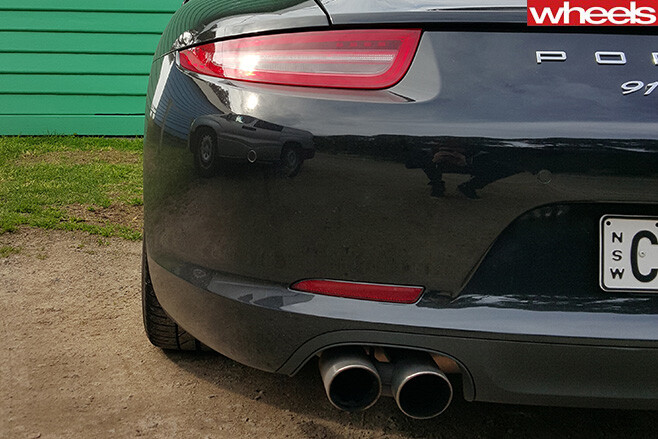 A welcome turbo trade off will be a wallop of low-down grunt, which admittedly is not a strength of the current 294kW/440Nm atmo engine. Peak torque doesn’t arrive until 5600rpm, so in slow, second-gear corners the Carrera S lacks the muscle to really punch out the other side.

So there will be benefits, and I expect switching to turbo engines will be much the same as the 911’s shift to electric steering. People will grumble at first, but quickly get over it.

And it’s not like the rest of the 911’s legendary recipe will change. There’ll be the same rear-engine layout, the same beautifully made interior and the same unique handling balance.

Also unlikely to change is the 911’s masterstroke, which is the way it treads the line between supercar performance and everyday discretion. It has enough personality and presence to feel special every time you drive it, yet remains understated enough to park on the street without having to worry that someone’s scratching it.

Perhaps this is why not a single person asked “Is it yours?” all weekend. It’s a shame, because come Sunday night, my answer would have been a truthful “I wish”.