You’ve heard the expression, ‘Only in America’, right? It’s used mostly when something happens Stateside that is so unbelievably stoopid, it could only be one of Dubya’s citizens that carried it off.

This article was first published in MOTOR's January 2007 issue.

Then there’s ‘Only in Japan’. That’s the one where technology so utterly perverts the course of sanity that only the tech-addicted Japanese could have come up with it.

So, allow us to suggest that gadgets such as the Holden VU SS utility, and utes in general, are a case of ‘Only in Australia’. 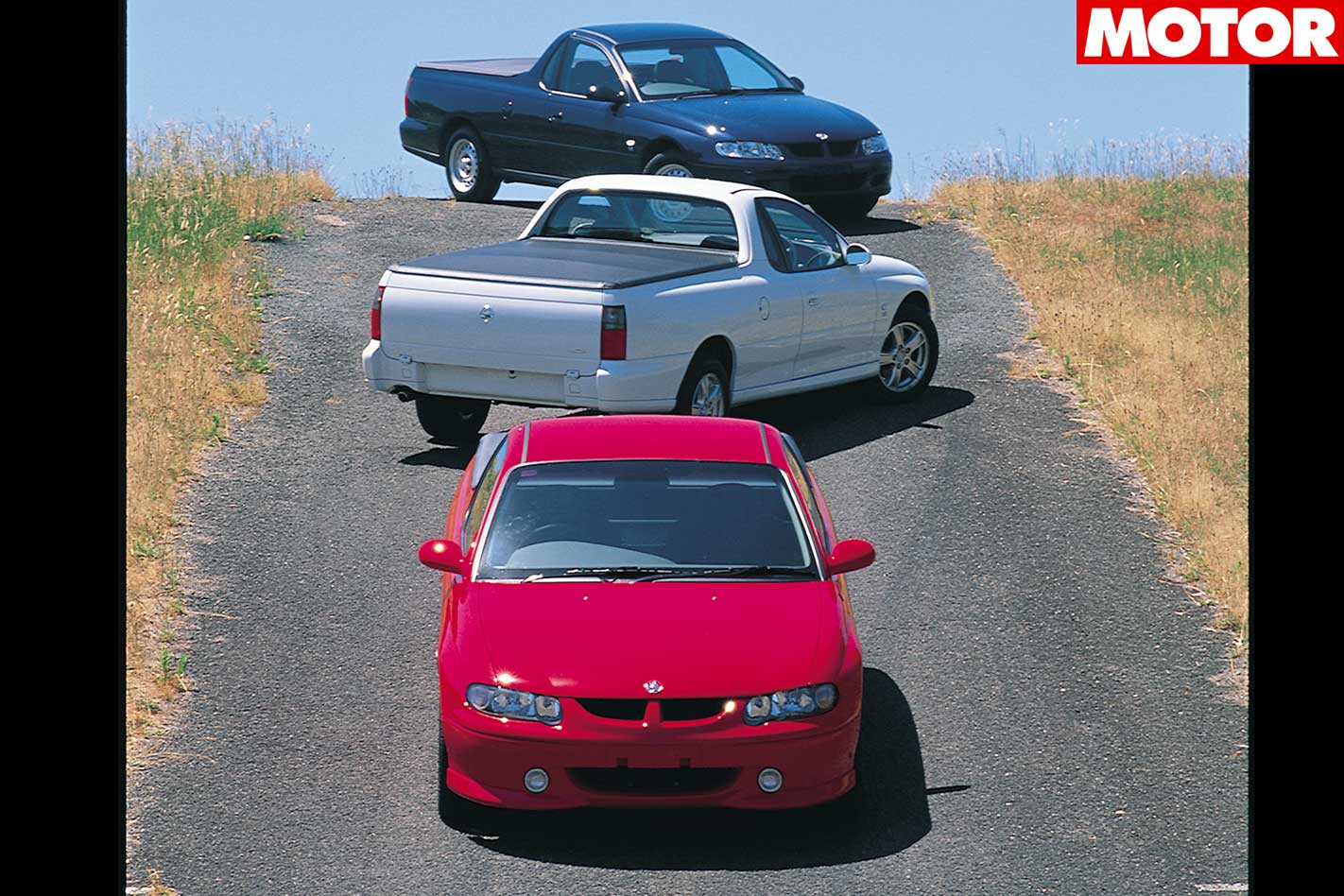 Yeah, sure, the Yanks have their pick-ups, some with big grunty engines, but they’re pretty much modified light trucks (ever driven an old F100 Henry?)

And, true, the Japanese and plenty of others have one-tonne tray-backs, some of which even run to a mid-sized V6 engine. But when it comes to sawing off a family car at the B-pillar, welding on a tray and cramming the front rails full of big-inch V8, my friends, we Aussies have the rest of the world kicked to bits. Now, I don’t know about you, but I remember when the VG Commodore ute arrived in the late 1980s. And I also remember thinking that this was just about the coolest dirt hauler around. Of course, part of that impression was down to the main competition, the Falcon ute, being old enough to enlist, but even so, the VG was something pretty special in its day, especially in V8 SS form.

Fast forward to the late ’90s and the VX Commodore is the current model, from which is spun the VU ute. And suddenly, we were all getting tingles all over again.

See, by now the VG, which morphed into the VS ute, was a full decade old and was really starting to feel its age. So the VU – with its longer overall body, styling that was vaguely reminiscent of a Chevy El Camino and the promise of both IRS and a Chev V8 – was really something to get worked up about. Actually, we could bang on about the Chev mill for hours (and I will get to it) but that independent rear-end was the tech highlight of the VU. Well, it was the element that moved the ute game on some, anyway.

It did mean that the payload was less than a full tonne (just 665kg in SS form) but that didn’t bother too many folks to any significant degree. The longer body also meant you got a longer tray so even really big motorbikes could be carried with the tailgate up, but it also meant that even lanky B&S Ball attendees could sleep (or whatever) in the tray.

But as well as more tray length, the cabin was also better and roomier. Longer seat rails meant you could get farther away from the tiller if you wanted and there was more in the way of headroom, too, for those Akubra-wearing types. 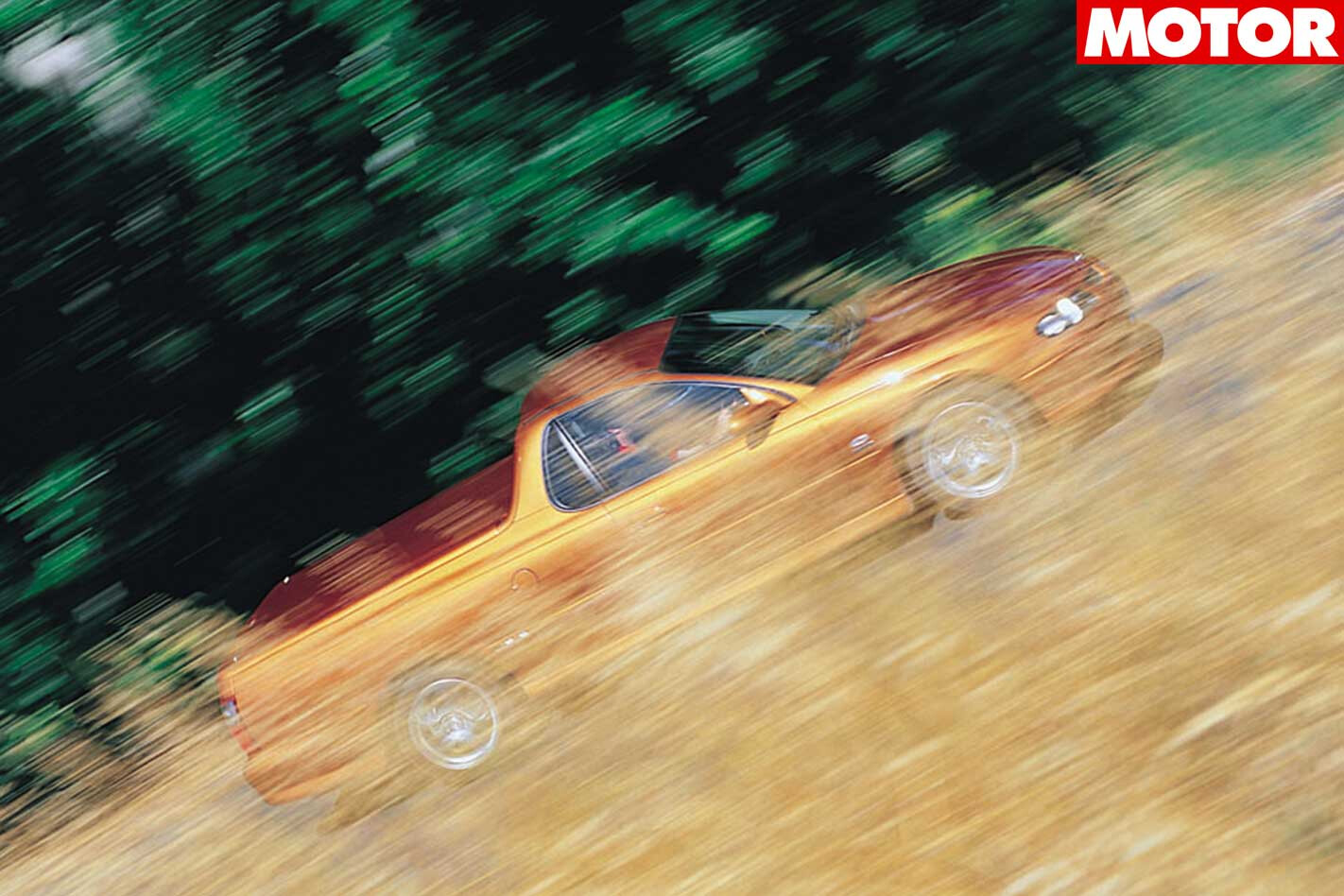 Better it may have been, however, the cabin still wasn’t perfect or even as good as the contemporary Falcon ute’s. The rear bulkhead was still hard up against the seat backs, meaning that there was no behind-seat storage. So, anything you wanted to carry inside needed to be placed either on the passenger’s seat or on the floor, which was okay until you actually had a passenger.

Compared with the Falcon ute which was also new at the time, the VU looked a bit more contemporary with its sleek sides and unitary construction.

The Ford had, in the switch to AU, gone to a separate chassis construction which did a couple of things. It meant that it was dead easy to offer both a conventional looking ute body or a bare cab-chassis upon which just about any style of body, box or tray could be mounted. The Ford’s leaf springs also meant it was easy to configure as a full one-tonner, something that Holden didn’t get around to until much later. 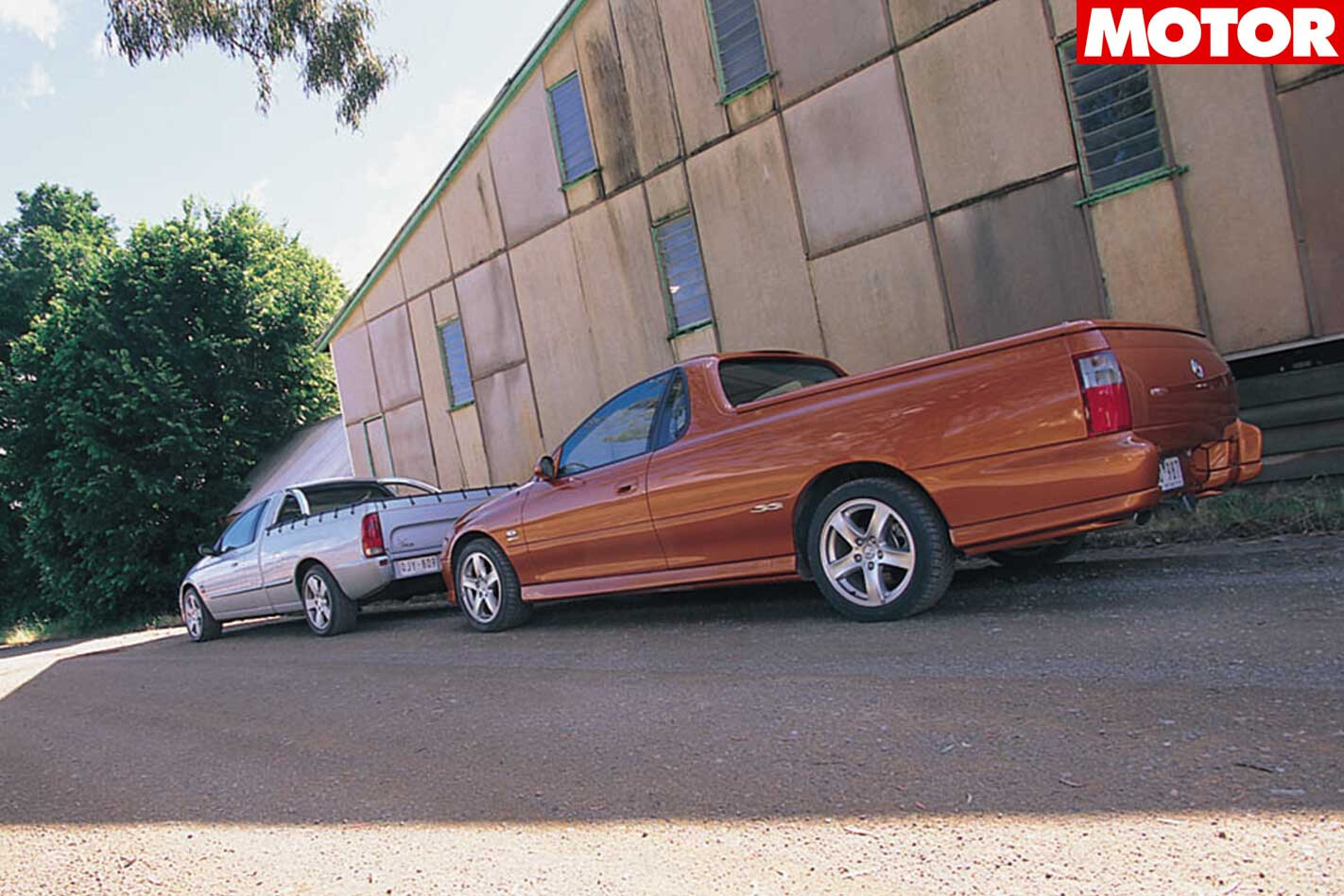 Because of all that (probably) the Holden soon earned for itself the show-pony tag while the Falcon was seen as the ‘real’ ute for hard-working tradies and other blokes who didn’t necessarily shave every day. But for those who didn’t need to haul around a pallet of bricks, the VU had a fair bit to offer including a better ride and more secure handling than the live-axle Ford.

The IRS was better able to stick to the bitumen and still give a smoother ride at the same time. The catch was that the weird angles assumed by the rear tyres when a full-ish load was on board meant that rear tyre wear could be frightening. It was the same with the Commodore sedan, but it did limit the VU’s abilities when it came to towing big things.

For many out there, of course, the real reason for owning a VU SS Ute is the Gen 3 5.7-litre Chevy V8. But if you’ve been reading magazines like MOTOR for long enough, you’ll know that it ain’t as simple as that. In a nutshell, the Gen III has, over the years, proven itself to be patchy on a couple of fronts. Firstly, quality was very hit-and-miss and oil burning examples were aplenty. Telling us the reason would have meant Holden was admitting there was a problem, so it stuck to its guns and simply told us that all engines burn some oil and that even the thirstiest Gen IIIs were within factory tolerances.

This was of little comfort to the bloke who’d paid big money for a new SS, only to have it burn a litre-and-a-half of oil between Melbourne and Sydney. Neither does it explain why so many Gen IIIs were replaced under warranty, but there you go.

We’ve heard all sorts of theories, up to and including engines fitted with pistons completely missing their rings. Other mechanics reckon the engines were just built loose for fuel economy. But whatever the real story is, it’s clear that some engines were assembled long after lunch down Mexico way (where the engines were built). The point now is that you have to take a real careful look at any Gen III you’re thinking about buying second-hand. A good one will be okay, a dud one will make you want to kill something. Oil leaks weren’t entirely unknown, either, and while they mightn’t seem too serious, they are a roadworthy item and need to be fixed come rego time.

The other area of Gen 3 patchiness was in the way the engine worked. It revved well enough and made good power when you were fair up it, but at low revs and part-throttle work, it could feel pretty lethargic for a big-inch eight.

Things came alive after about 4000rpm, but revving that much engine that hard through every gear seems like too much hard work. And it was. You only need to drive the new six-litre mother to know what a large capacity V8 should feel like. And the Gen III isn’t it.

MORELet's remember the Commodore for its triumphs With all that in mind, the six-speed manual is probably the nicest combo as it allows you to stretch the revs out between ratios and keep the thing on the boil. That’s doubly true because the four-speed auto isn’t a particularly brilliant piece of gear. It can’t always decide what ratio it needs and when it does deign to shift, the quality can be pretty awful depending on where the throttle pedal is at the time.

That said, the sift action in the six-speeder is also fairly crapola and while later cars were better, the VU is no snickety-snick manual. The clutch can feel pretty heavy, too.

If none of that puts you off, then the SS is actually a nicely thought out arrangement. You get a body kit, 17-inch alloys, fog lights, sports seats, air-con, ABS, leather-wrapped tiller, dual front air-bags and lowered suspension. Unfortunately, you also get the colour-coded instrument panel which looked dodgy even back in 2001 and is positively hokey now. The bottom line amounts to whether you can cop the less than perfect driveability that a VU SS ute inflicts upon you. Which, in turn, comes down to whether having a Chev small-block under the bonnet is important to you. And if it is, then the SS ute is really the only game in town.

What we said?
“With its sophisticated (by ute standards) independent rear-end, you’d expect the Holden to be the handler of the two. But thanks to much more responsive steering that makes it feel sharper and more nimble, the Ford, even with its cart-sprung date, is actually a purer driver’s car.” – Dave Morley, February 2001 (in a comparison with Ford’s AUII XR8 Ute)