Like any Japanese car company, Mazda is a conservative sort of outfit. In fact, that’s a huge understatement.

Car companies generally, and Japanese car companies in particular, are the arch-conservatives of the manufacturing world. Changing even the smallest detail of the smallest production part involves a chain of events that can take months to play out and eventually finalise.

Leaving things as they are is the preferred option. And that’s at head-office level; taking requests for change from the far-flung outposts involves even more furrowed brows and people looking at their shoes.

So wouldn’t you have loved to have been a fly on the wall when Mazda’s Australian operation first floated the idea at Mazda Japan HQ of building a turbocharged version of the MX-5? And I reckon there’d have been jaws hitting the boardroom floor all over the place when it was likewise suggested that we Australians intended to do all the design and engineering work and screw it together.

And just to make sure everybody at head office was busy tearing at their hair, the plan also called for Mazda Inc to apply the full factory warranty to this Antipodean hot-rod. But roger me rigid if that’s not exactly what happened. To call the decision a leap of faith is an understatement worthy of some kind of award. As a pat on the back for Mazda’s Aussie skunkworks, it’s the biggest elephant stamp imaginable. 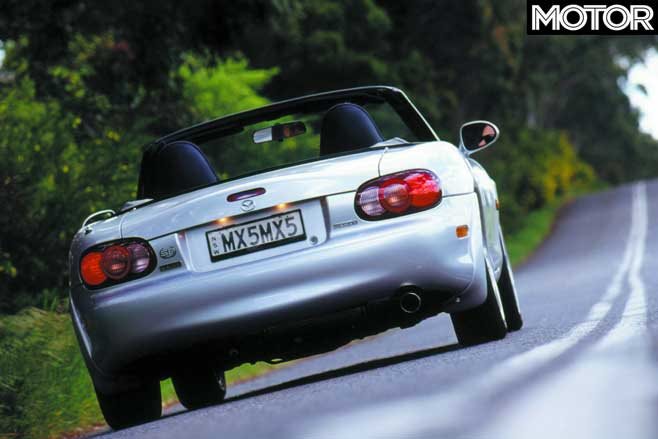 The Aussie hot-rod was essentially the 2002 NB model with a turbocharger bolted on. Of course, it wasn’t that simple at all, and Mazda Australia’s special projects crew spent a lot of time making sure the details were worked out properly and the atmo engine’s reliability was retained after turbo fitment.

The turbo installation itself was a relatively low-boost one, which meant that the MX-5’s original compression ratio did not need to be lowered and that the rest of the engine architecture could go pretty much untouched.

That was obviously good for durability but it also meant that, when off boost, the MX-5 SP (as it was named) felt just like a standard MX-5. Well, pretty much, anyway. 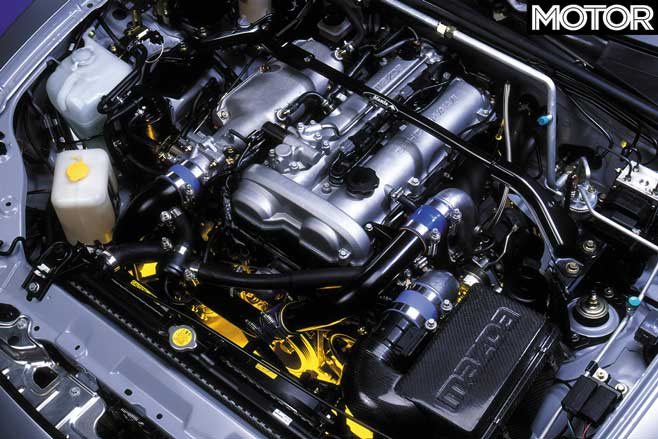 Whip the turbocharger into a frenzy, however, and things changed when a total of 150kW was sent to the rear wheels through the standard six-speed manual gearbox. Torque was also embiggened with a peak of 280Nm; not too shabby for a 1.8-litre engine.

I’ve driven a few MX-5 SPs over the years, and I’ve gotta tell you, the thing improved with age. In fact, the first one I ever drove was more or less a prototype (well, a very early production car anyway) and it wasn’t very good at all.

It was, in a nutshell, a bit underdone. There was bulk black smoke under hard acceleration and she popped and banged on the over-run. Even when you weren’t right up it, the power delivery was a bit stilted and fluffy at times, suggesting that the fuelling was up the creek. 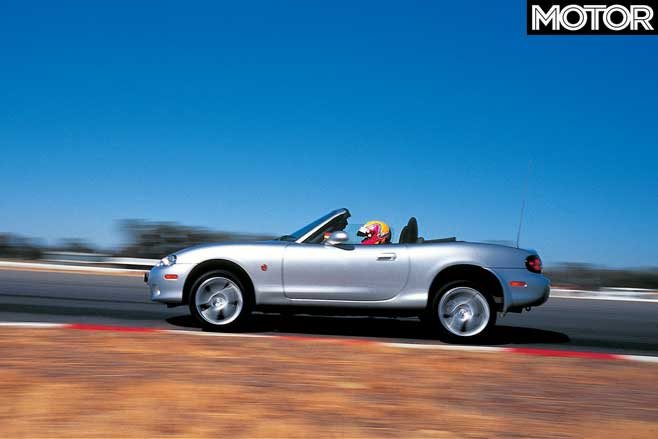 But the next one I drove was a much better car. All those glitches had been sorted out and the SP was as refined and well-mannered as you expect a modern turbocar to be. It was also bloody quick.

Turbo-lag was virtually non-existent (as it should be in the 21st century) and the boost just kept piling on in thick layers as you revved it harder. The turbocharger also smoothed the four-cylinder out quite a bit, too, and gave it a much rortier exhaust note.

The rest of the package was pure MX-5 which translates to pure fun with a snappy gearshift and taut handling with razor-sharp steering. In fact, that super-quick steering rack was probably the most likely element to bring you undone. See, the MX-5 had almost no slip angle. Despite what appeared to be plenty of wheelbase relative to its track, the Mazda was a tricky little bugger to hold in a slide. 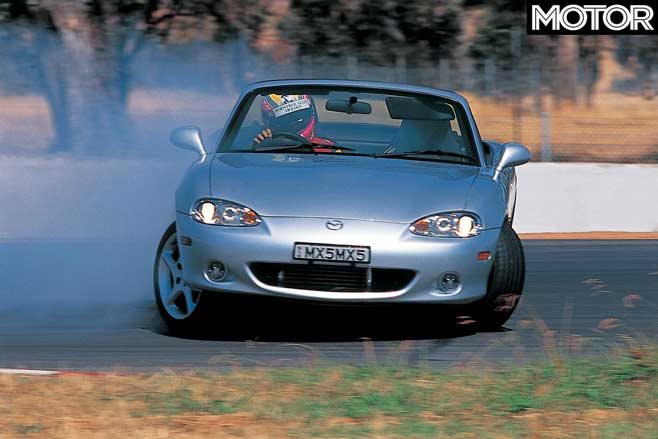 The drift was easy enough to initiate, but once it was out there, you had your hands well and truly full keeping it on that knife-edge balance point. Looping the wee mother was very easy to do.

Given the SP’s obvious appeal to anybody who was likely to dabble in a bit of weekend motorsport, you really want to try to find out as much as you can about any second-hand version’s history. The extra stresses imposed by the turbo installation mean that any SP that doesn’t have a hand-book showing regular oil and filter changes is a bigger chance to go bang some time down the track.

I’ve also done enough tarmac rallies now to know that the MX-5 SP is a popular tool for the loonies who populate the grids of such events. With lots of unsympathetic spannering, a turbo MX-5 can be coaxed into producing eye-watering power figures. But for how long? That’s the question you’ve really got to ask yourself and that goes for any SP that’s been powered up, not just ex-competition cars. 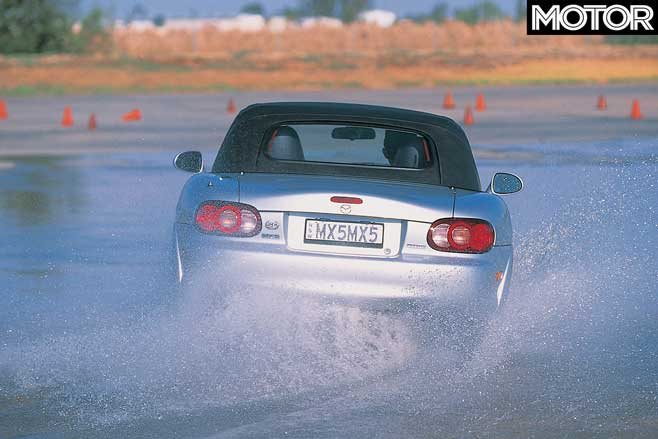 But the rest of the deal is a safer bet than a lot of used performance cars, mainly because the basic MX-5 had about five moving parts. The interior of the later cars (on which the SP was based) could be a bit ordinary and you also got the feeling the bodyshell wasn’t as stiff as the original MX-5 was. But they never leaked water and they didn’t do any of the other stuff that a lot of soft-tops do, so provided that some knucklehead hasn’t sliced a knife through the soft-top to half-inch the CDs and spare change, it’s happy days.

In fact, so happy, that once the shiny-bums in Hiroshima had stopped worrying about exploding engines and ghastly warranty claims (and don’t forget, Mazda knew a bit about that. Remember the early rotaries?) it figured the concept had so much merit, it would build its own and supersede the Australian versions. 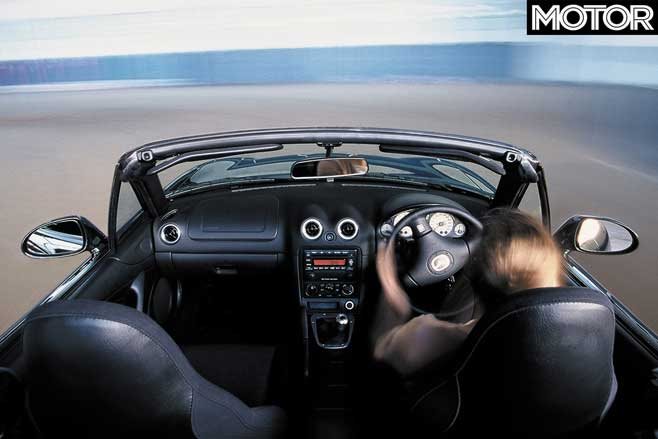 Which it did, and by early 2004, the MX-5 SE as it was called, was on the market complete with its Japanese-designed turbo installation. But whaddayaknow? Head office just couldn’t help itself and came over all conservative as the thing was being developed. So, instead of the pounding 150kW of the local version, the SE got a much milder 121kW and 206Nm.

Watered down? You betcha. In fact, the SE was such a pale imitation of the original, it’s now worth at least a couple of grand less than a good SP, despite being a younger car. And if you drive one, you’ll soon see why.

Where the SP pins you into the seat, you find yourself wondering if the SE is, in fact, turbocharged at all. Or, if it is, maybe the turbo pipe has fallen off. Yep, that’s the degree of sanitisation the blokes at head office in Japan were happy with. Bloody typical. Still, it means the home-grown version will always be the original, and the best. 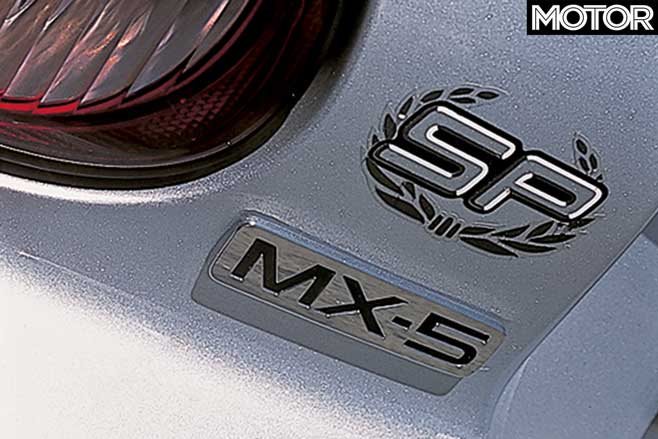 “It’s been 13 long years, but Mazda’s modern-day Lotus Elan has finally reached puberty. And its nuts have dropped, so to speak, to the tune of 150kW being jammed under its snout, into a razor-sharp chassis that weighs just 1119kg all-up.” – John Cadogan, June 2002 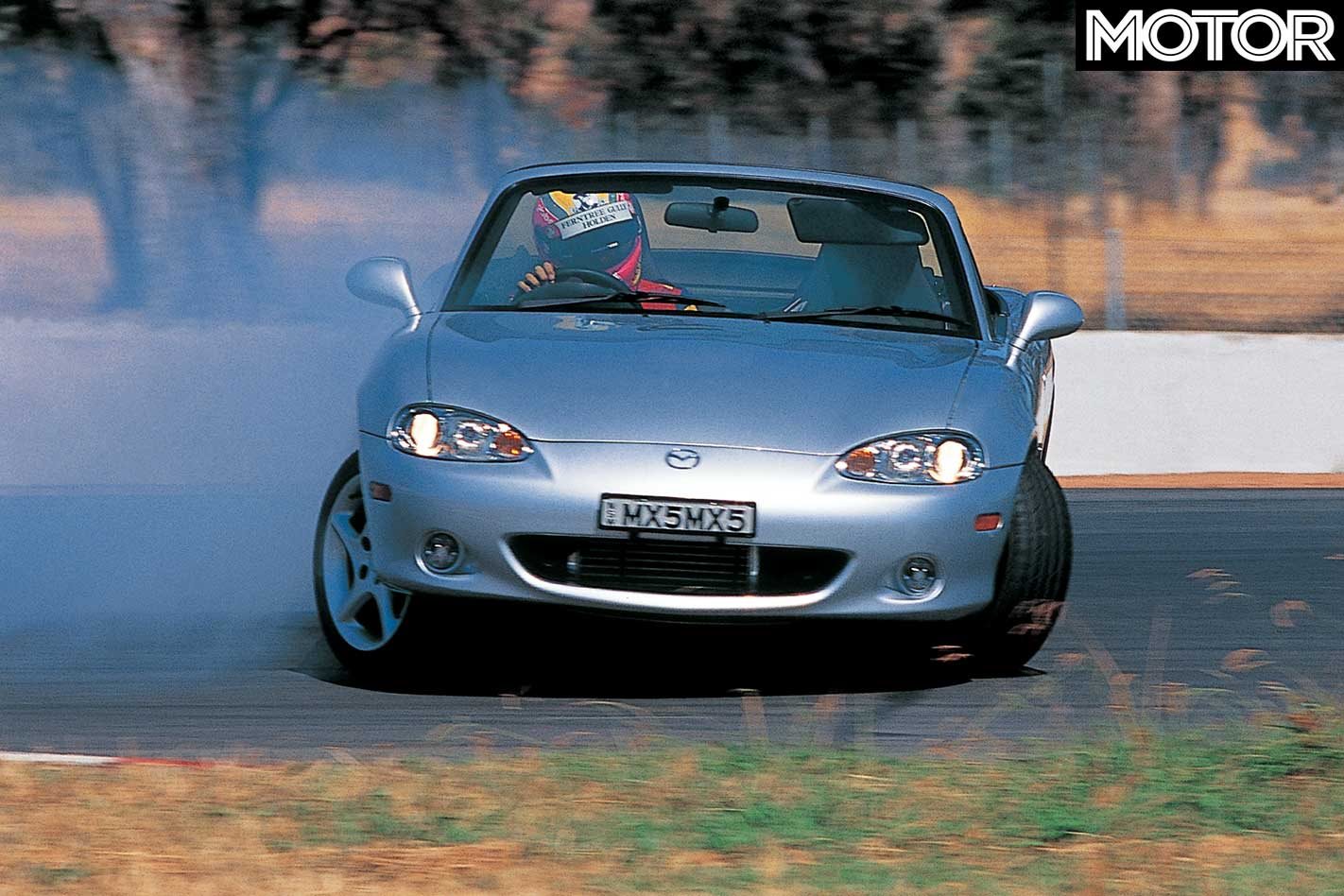 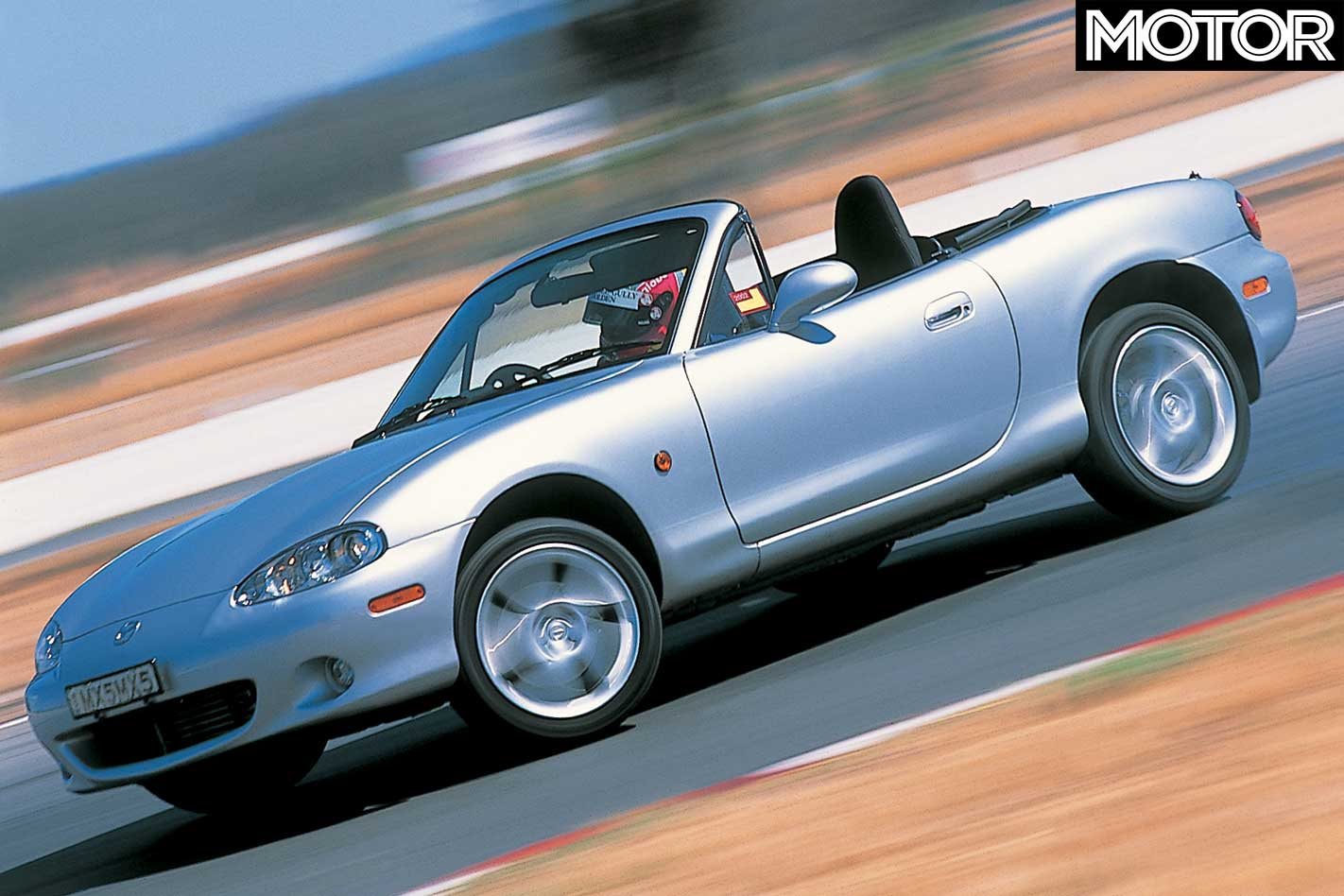 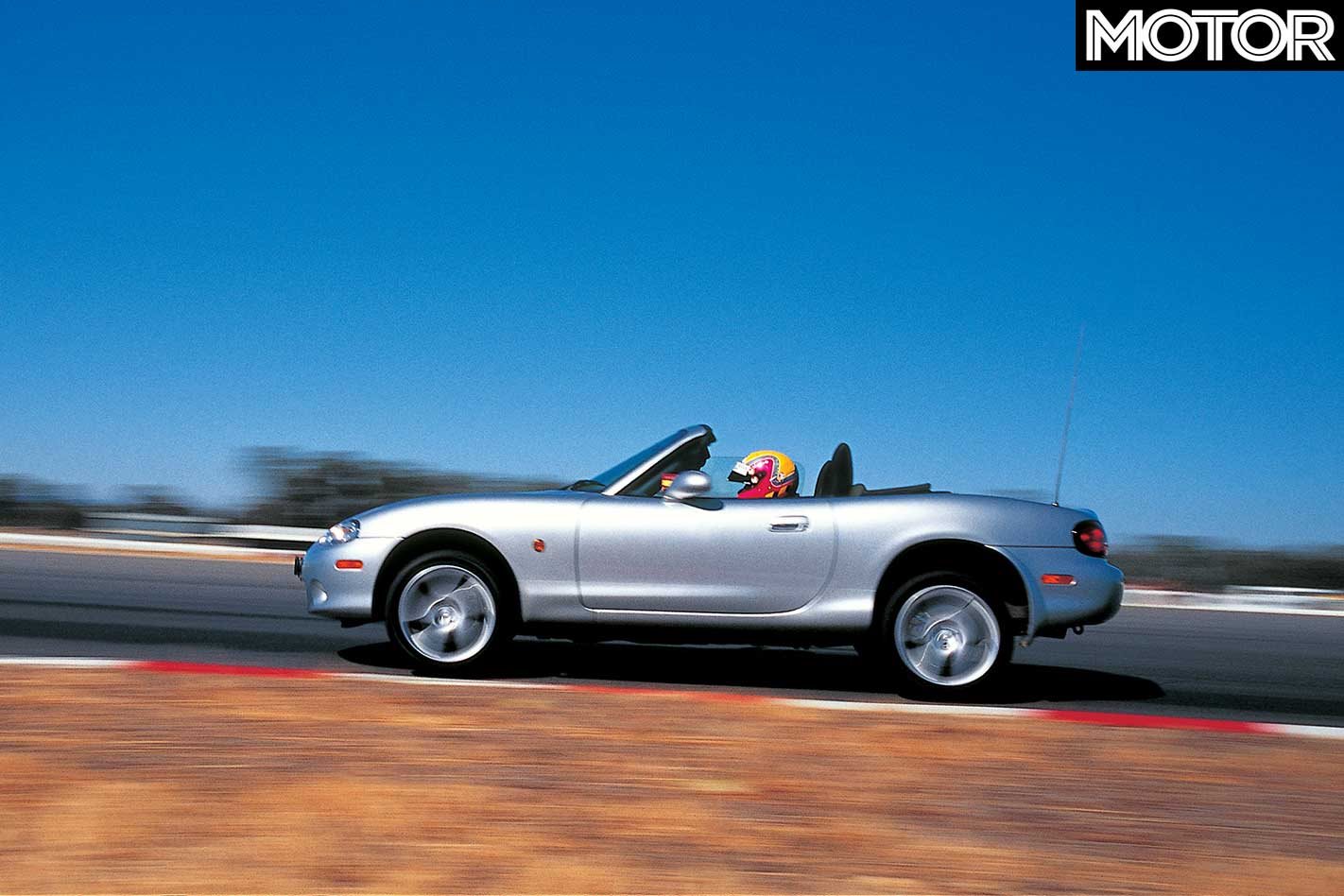 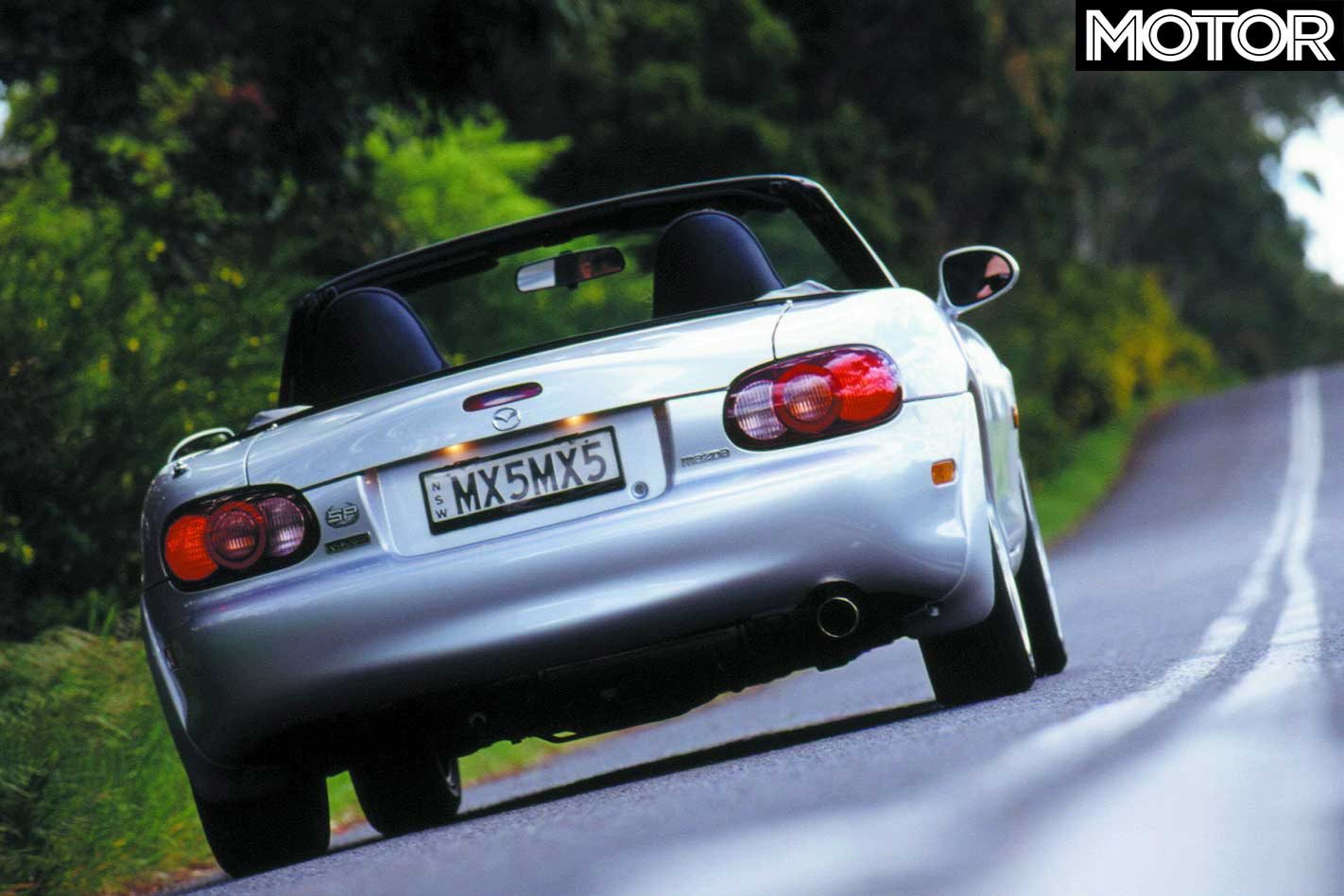 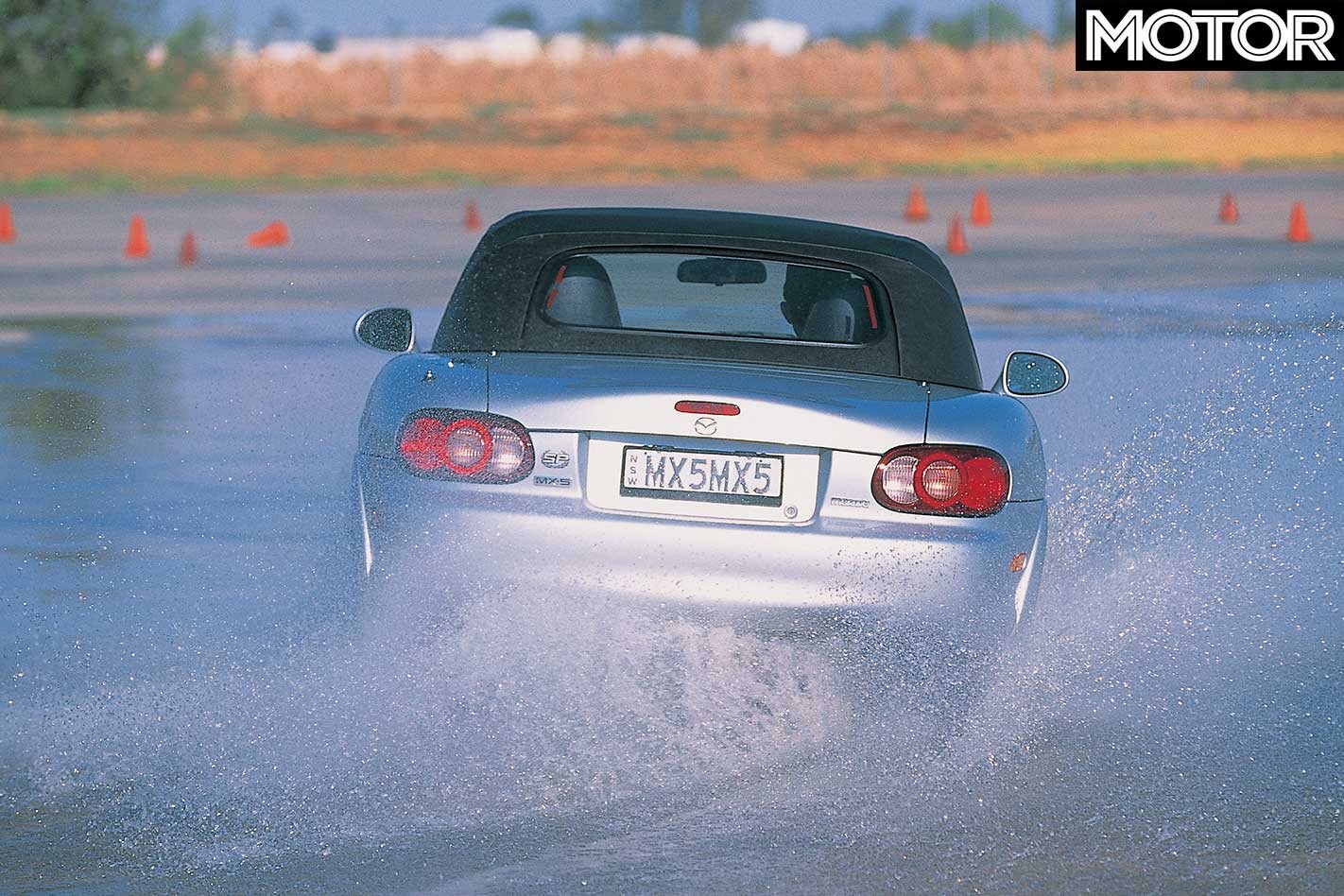 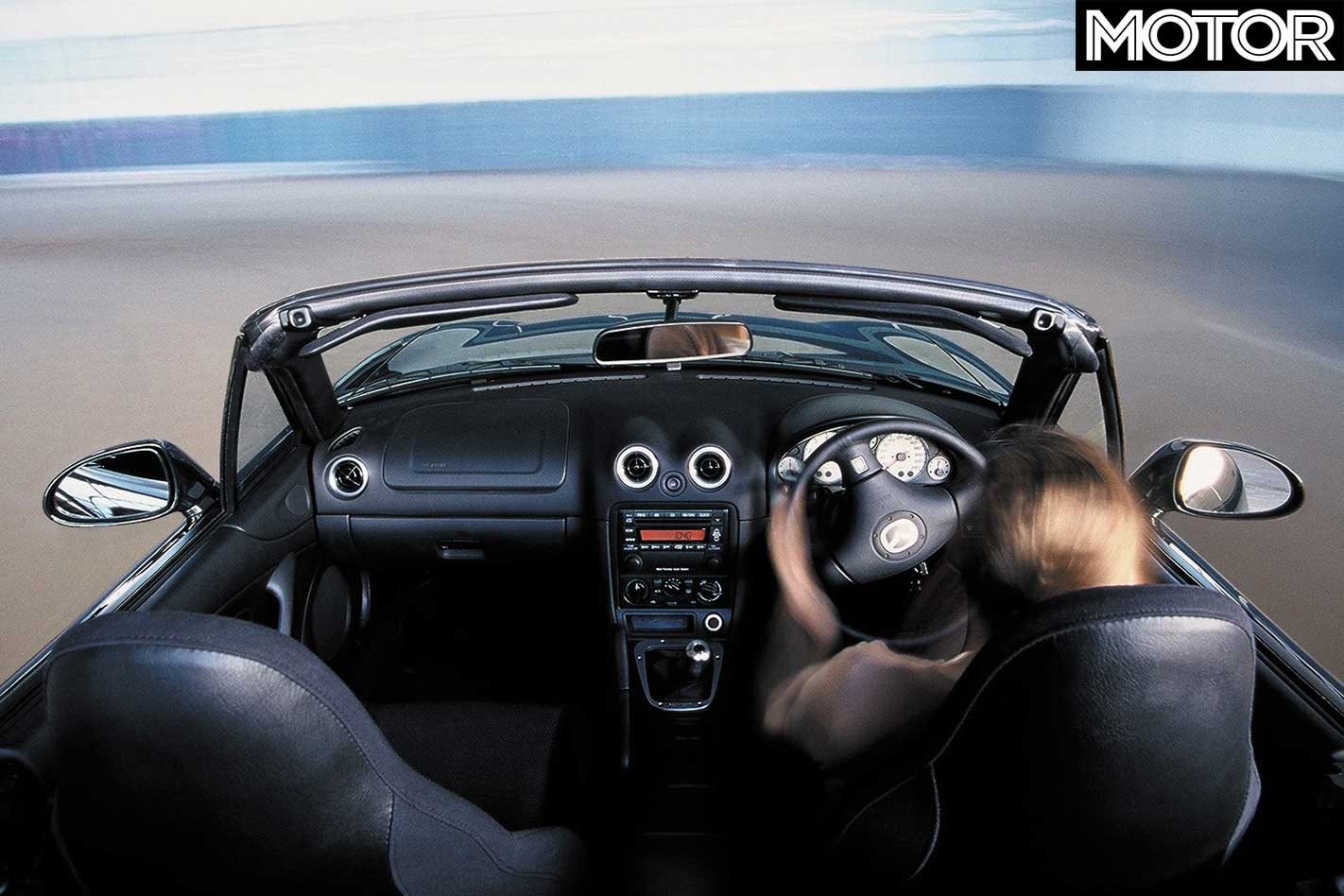 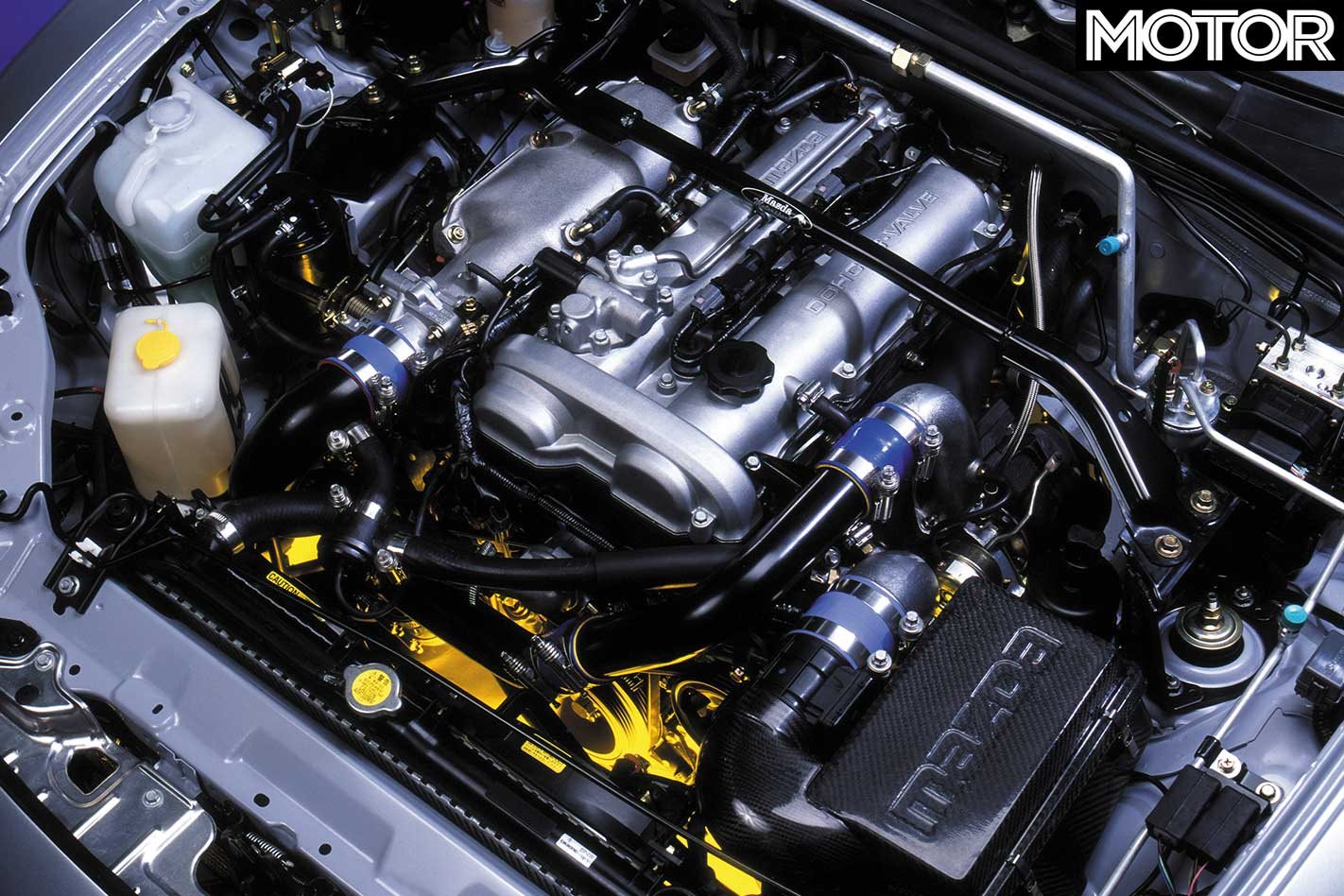