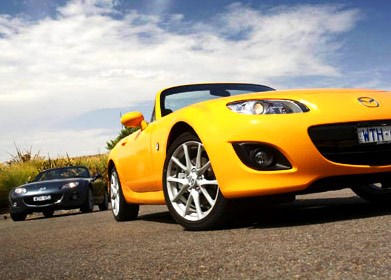 The MX-5 still represents enormous bang for buck in a tight little package.

You have to look hard at the facelifted third series MX-5 to see exactly what has changed - even when a 2005 Gen III roadster is sitting right next to it.

But it's there: the alignment with the marque's new five-point smiley-faced grille, tweaked headlight, foglamp and taillight housings, some ergonomic and aesthetic interior mods, and a new schoolbus-yellow hero hue...

The Induction Sound Enhancer, right, from air filter to firewall.

The engine is beefed up with a more sturdy surge tank, forged crankshaft, and redesigned valve springs to stop bounce at the new high revs.

A new sound unit called the Induction Sound Enhancer (ISE) is a funky addition, funnelling engine vibration straight into the firewall (see above). The previous model's enhancer was a much more basic tack-on version that vibrated on the engine casing. Interestingly, cabin noise is still reduced by 2.7db (tested @ 60km/h on coarse chip).

Apparently, the body of the new MX-5 has been nipped and tucked, but you have to know what's different to see it.

The most obvious is the new corporate grille, which now appears on every car except the CX-7 and CX-9, and the former gets the grin in October.

The side and side sills have been pinched, the rear bumper slightly sunk into the shape, and three new colours of Aluminium Metallic, Metropolitan Grey Mica and Sunset Yellow bring the palette up to eight.

At the risk of adding up to 23kg, Mazda smoothed out the Spartan MX-5 interior.

The reflective piano-black dash feature has been trashed, replaced with a smooth silver finish and soft padded pleather. The dials and dash now features soft-touch knobs and surfaces, and the hard plasticky centre console cover has been replaced with a padded slide cover and pen recess.

The range gets an MP3 3.5 jack, and the speedo and tacho are easier to read.

And finally, the driver's seat has a degree of height adjustment - though big fellas still have trouble squeezing in to either side of the diminutive roadster, and it could still do with reach as well as rake adjustment on the steering wheel.

The wheel feels too fat and large for the car's nimble assertion and handling prowess, and hems larger legs in. But the repositioning of the side door cupholders from the lower front of the door pocket to fore of the armrest ends the annoying indentation in the calf that drivers of the superseded model suffered.

Mazda has not fooled around with the MX-5 formula since its inception in 1989, and it wasn't about to change. However, this is the last generation and version under program manager Takao Kijima, who has just retired on the 20th anniversary of the icon he helped create, so there may be bigger changes in the future...

The MX-5 is still soft in the suspension department, though the initial bodyroll into a corner settles quickly onto the springs and holds firm, while the light weight and grip do the rest. The trade-off is, of course, a ride with very little crash and jolt.

The intricate BBS alloys on the top spec offer a little more feel and marginally reduce weight, but ultimately the best driver's version is the ragtop manual with standard LSD. The paddleshift auto is intuitive and easy, but there is nothing like the Mazda manual with the slip diff and grippy Bridgestone Potenza tyres. Even on loose and damp surfaces, it's hard to step the rear out without deliberately upsetting the balance of the car first.

NVH is still ever-present, with a whistle behind your ears in the soft-top, and a low rumble in the coupe. But it is not offensive: merely whispers in the movie theatre. And action is on the screen most of the time anyway...

Mazda has sold 855,000 MX-5s since the first gen hit in 1989, and holds a spot in the Guinness World Records book as the worlds most popular two-seat roadster as a result. But Mazda Australia are predicting a conservative 500 units a year in the current climate.

Perhaps another small sales barrier is the slight price rise across the range; about 1.6 percent. But the MX-5 still represents enormous bang for buck in a tight little package. It's easy to see why the MX-5 is such an iconic car. To still house a 2.0-litre nat-atmo engine, and still be so much fun, is a big salute to the concept and a big two fingered-salute to the heavyweight V8. 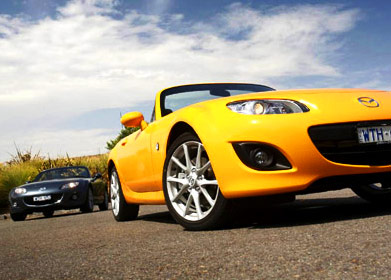 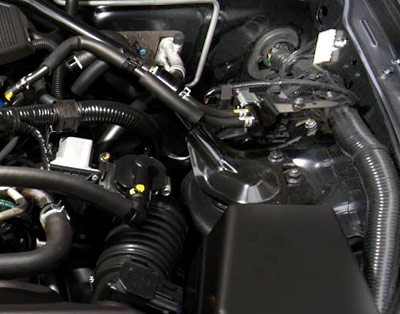 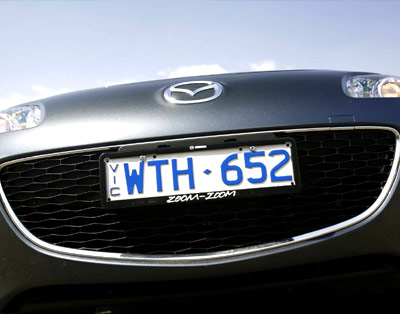 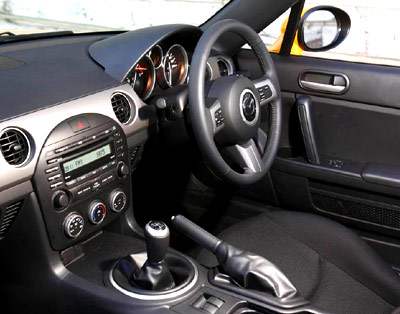