The Peugeot 308 GT is the warm – definitely not hot, according to the French brand – version of its return-to-form small hatchback

The Peugeot 308 GT is the warm – definitely not hot, according to the French brand – version of its return-to-form small hatchback.

WHAT IS IT
The Peugeot 308 GT is a more powerful, better handling and more richly equipped flagship for the 308 line-up.

The GT is offered in 151kW 1.6-litre turbo petrol and 133kW 2.0-litre turbo diesel form (with 400Nm) and both variants inhabit the warm hatch sphere, where performance is brisk, rather than blinding, and back-road ability comes packaged with comfort.

WHY WE'RE TESTING IT
The 308 was represented by the three-cylinder turbo and turbo-diesel variants at COTY 2014, where it was a finalist. Now that the top-shelf 308 GT has landed in Oz, we grabbed the opportunity for a first drive.

THE WHEELS VERDICT
The mainstream Peugeot 308 range’s return to French ride quality is one of its best features, so the fact the GT variant trades some of this in search of sportier dynamics is a small shame. The higher output 1.6 turbo and 2.0 turbo diesel, while more potent, lack character and the honest charm of the base turbo three-cylinder, and add weight over the front wheels.

THE WHEELS REVIEW
IN THE context of Peugeot’s return to loping ride and long-haul comfort with the 308, “GT” seems like the right badge for a warm variant. This, stresses the French maker, is not a GTI.

However, the problem with making that distinction is that today’s highest profile GTI – the Golf – has built a legion of devotees by delivering its corner-carving ability with comfort. The ‘I’ is irrelevant (it originally stood for ‘injection’) and the VW <i>is</i> a grand tourer.

By the same broad modern definition that allows a hot hatch to be a GT (the words “grand tourer” once called for two-doors and two seats), the base 308 is already halfway there. It rides well, but needs speed.

The GT’s high-output 1.6-litre turbo petrol and to a lesser degree the 2.0-litre turbo-diesel duly elevate outputs into the warm hatch realm. The 1200kg, six-speed manual petrol version is light, with 151kW and 285Nm, and feels bang-on Pug’s 7.5sec 0-100km/h claim. The venerable PSA 1.6 turbo is effective, if not exactly effusive.

The 308’s excellent cabin noise suppression meant the GT demands – and receives – a sound-augmentation system that plays through the cabin speakers. The rortiness is synthetic, and without it (outside of sport mode) it’s all too quiet.

The GT diesel’s backing track sounds like a metallicky three-pot, or even an oil-burning bent-eight, and it feels heavier on its front tyres. With 400Nm underfoot, visceral thrills ultimately give way to effortlessness. Meanwhile, the oiler’s six-speed auto has the smarts (mostly), but not a true manual mode, despite a DIY shifter plane.

The stiffen-up of the pseudo-strut front, and torsion-beam rear, suspension is small (10 percent petrol and 20 percent diesel), but with the upsize to 18-inch wheels and tyres and a slightly lower ride height the GT inevitably trades some of the mainstream variants’ long-travel absorbency to deliver heightened handling.

It sits flat, turns in quickly via the small, sculpted wheel and is possessed of palpable balance and cohesion, with only the odd mid-corner bump prompting a squiggle from the rear and ruffling its composure.

Peugeot is right, then. The 308 GT isn’t a GTI because it’s not as much fun as Volkswagen’s evergreen hot-hatch. It largely rides like a GT should but, perhaps unavoidably, it doesn’t do so with the comfort or polish of the more softly sprung, smaller-tyred base variants, which is a quality that, given how long it took the brand to re-embrace, we’re reluctant to lose. 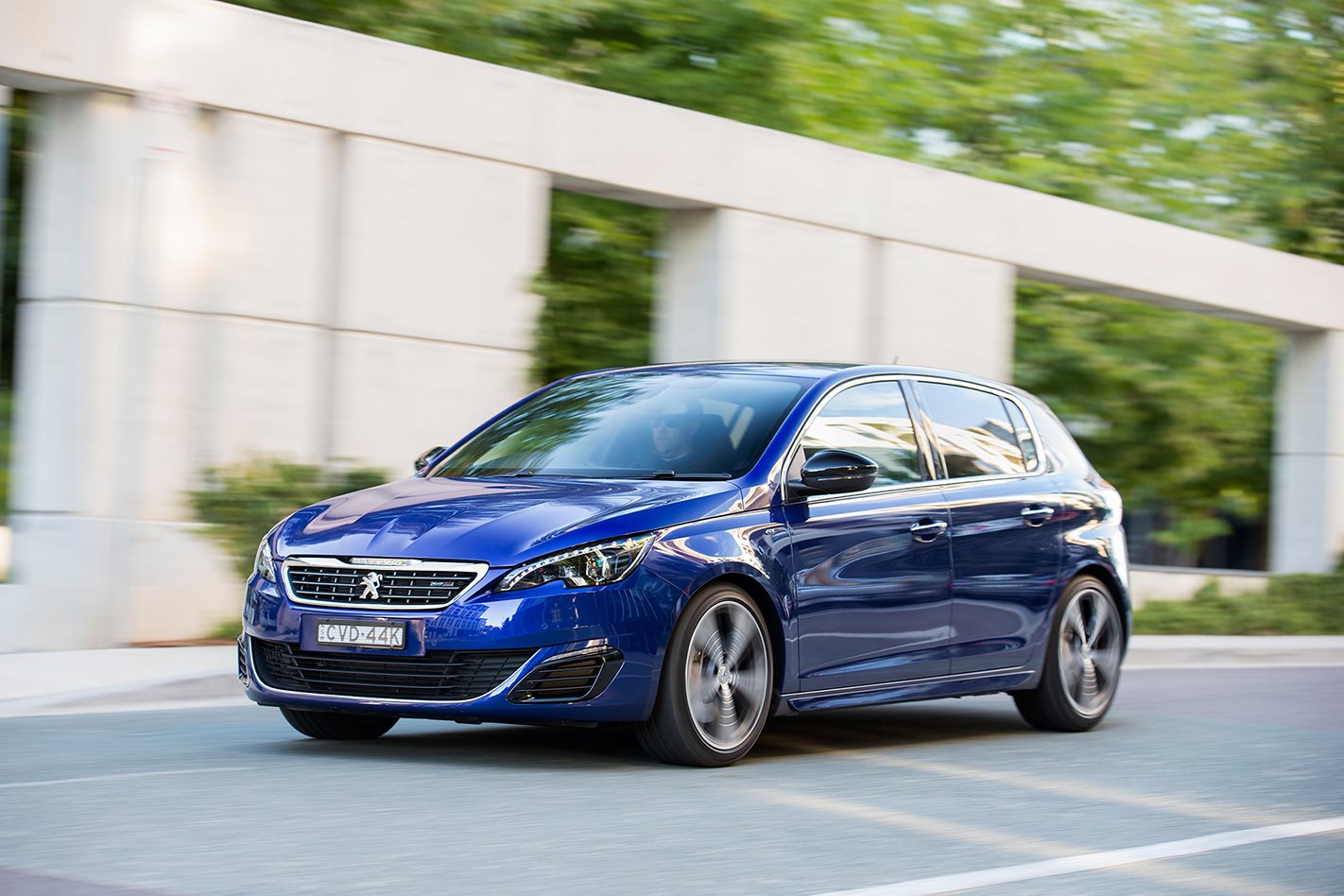 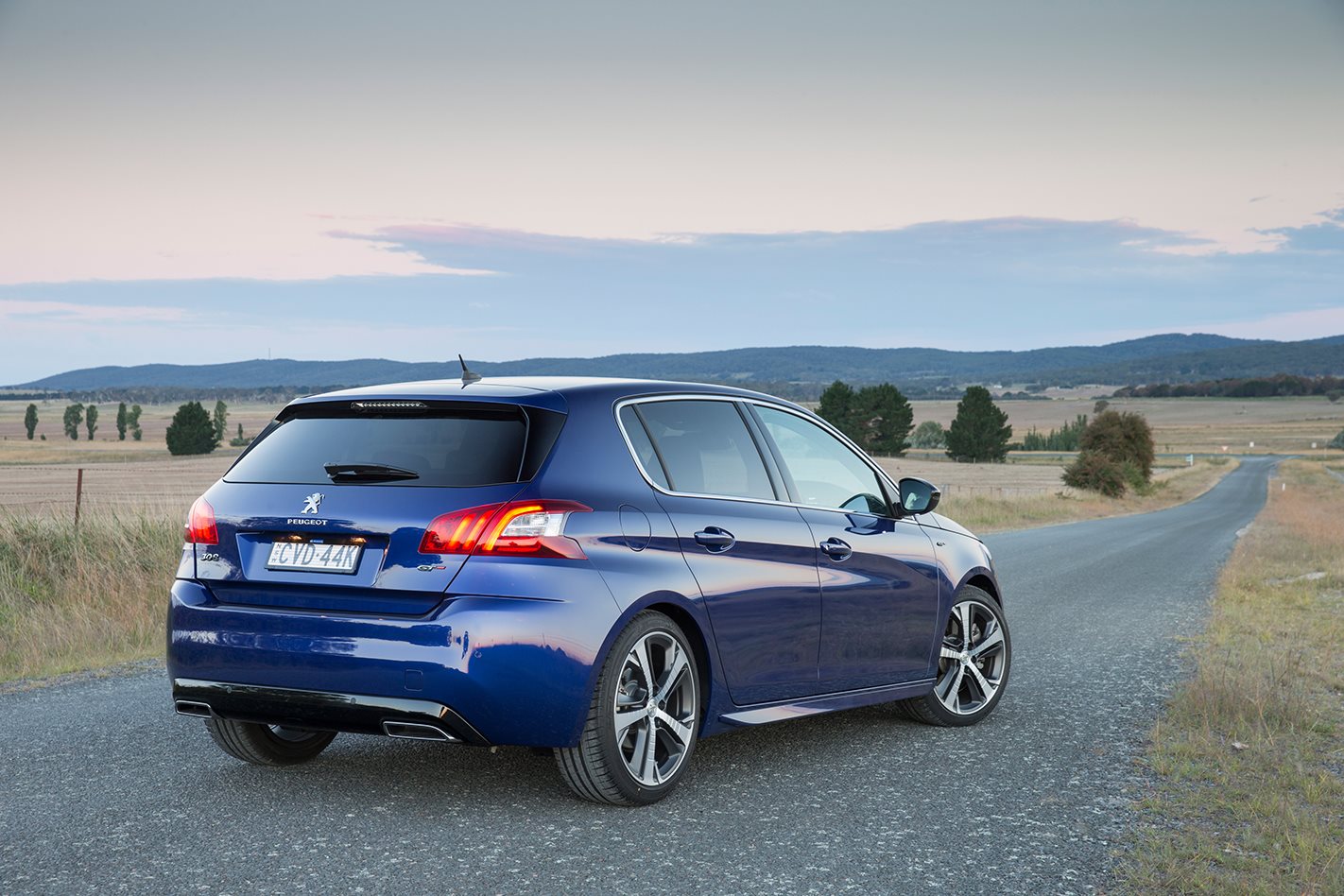 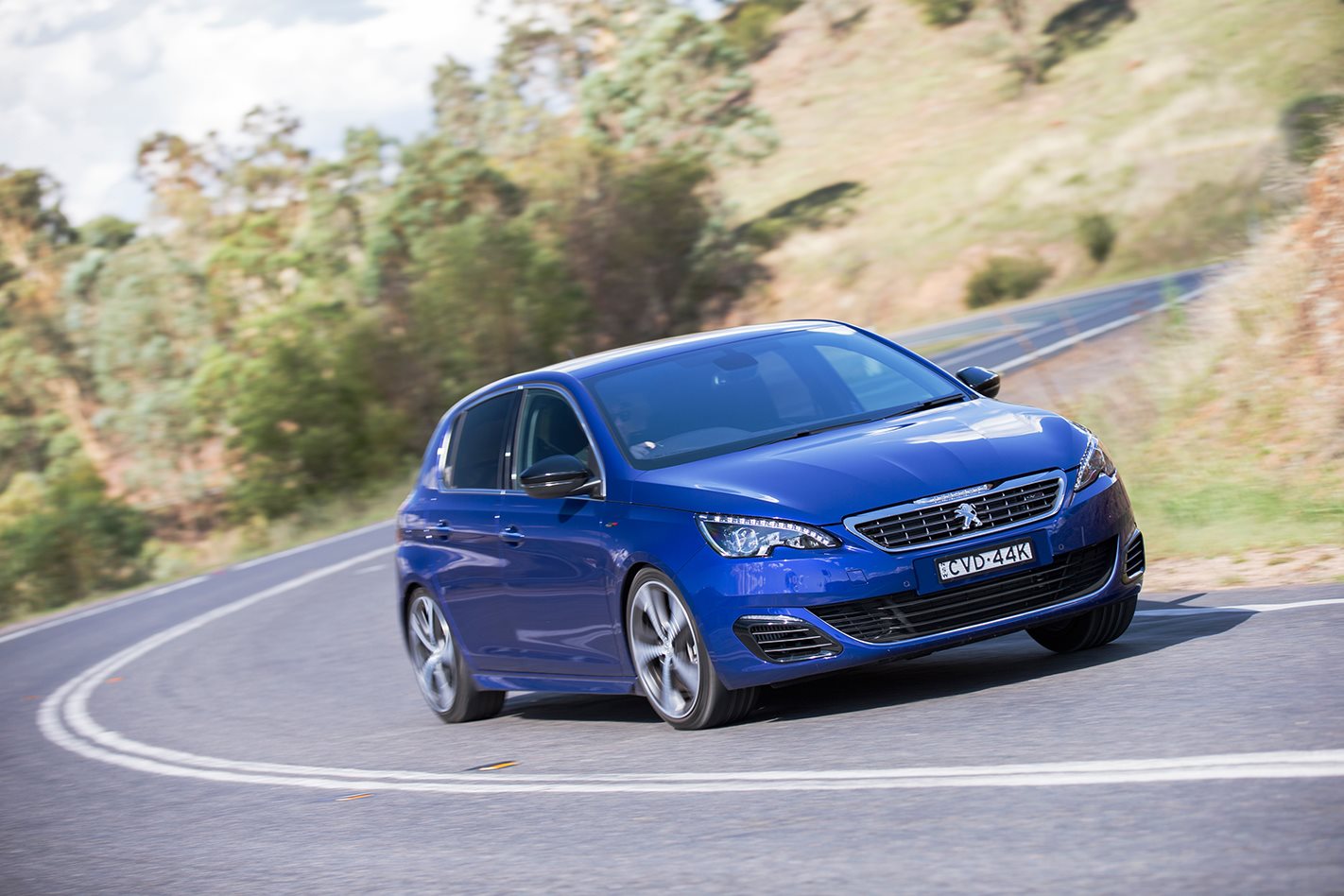 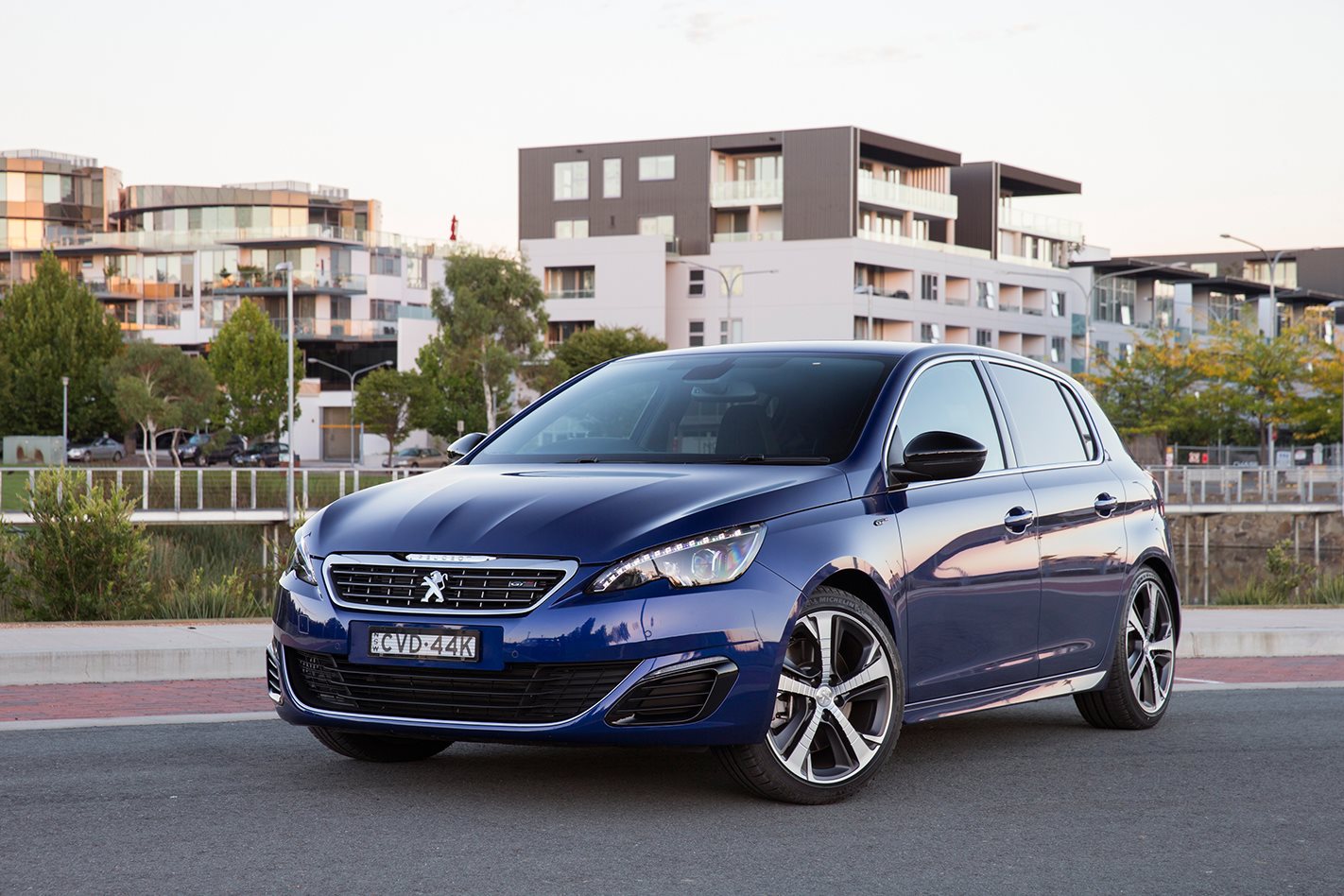 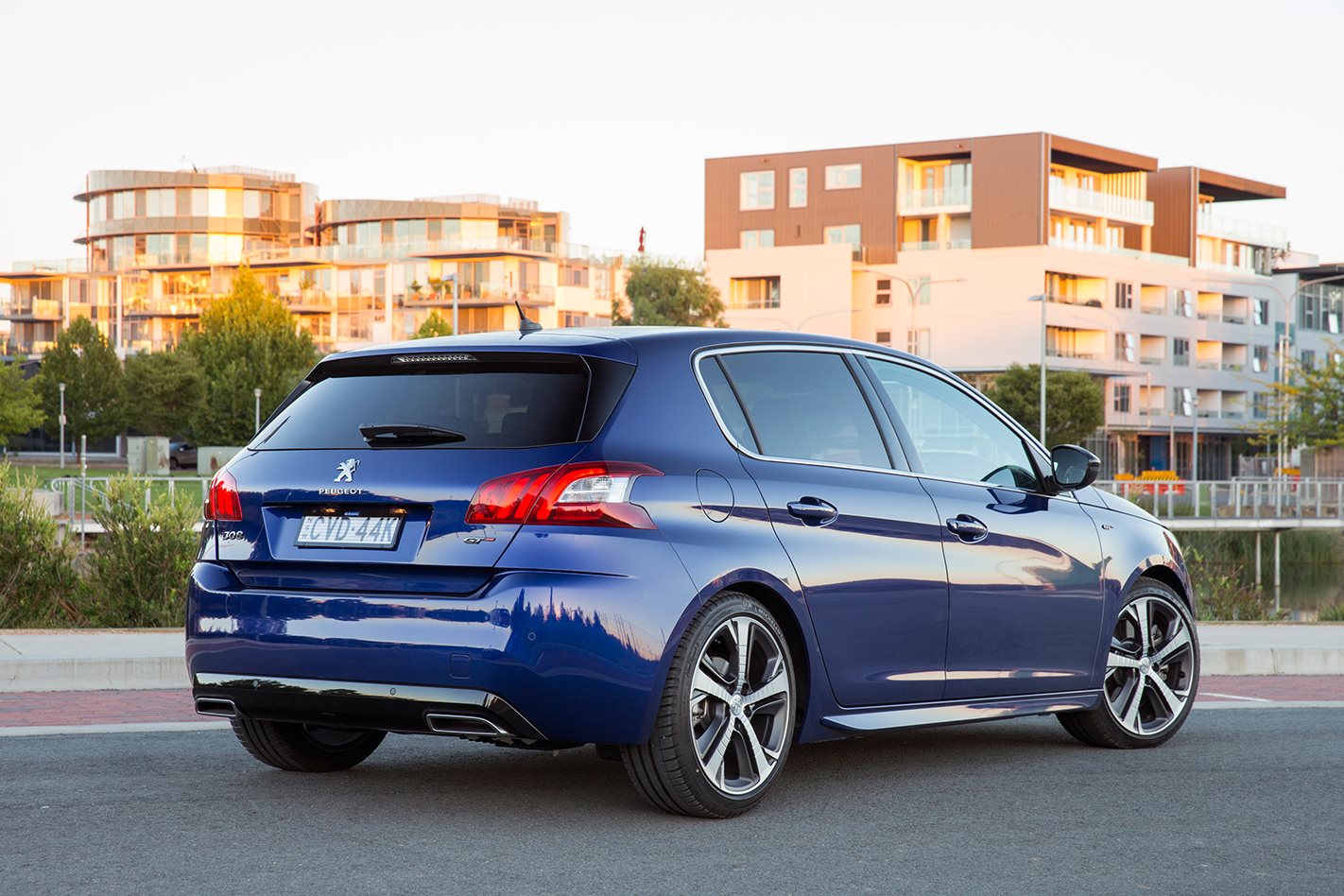 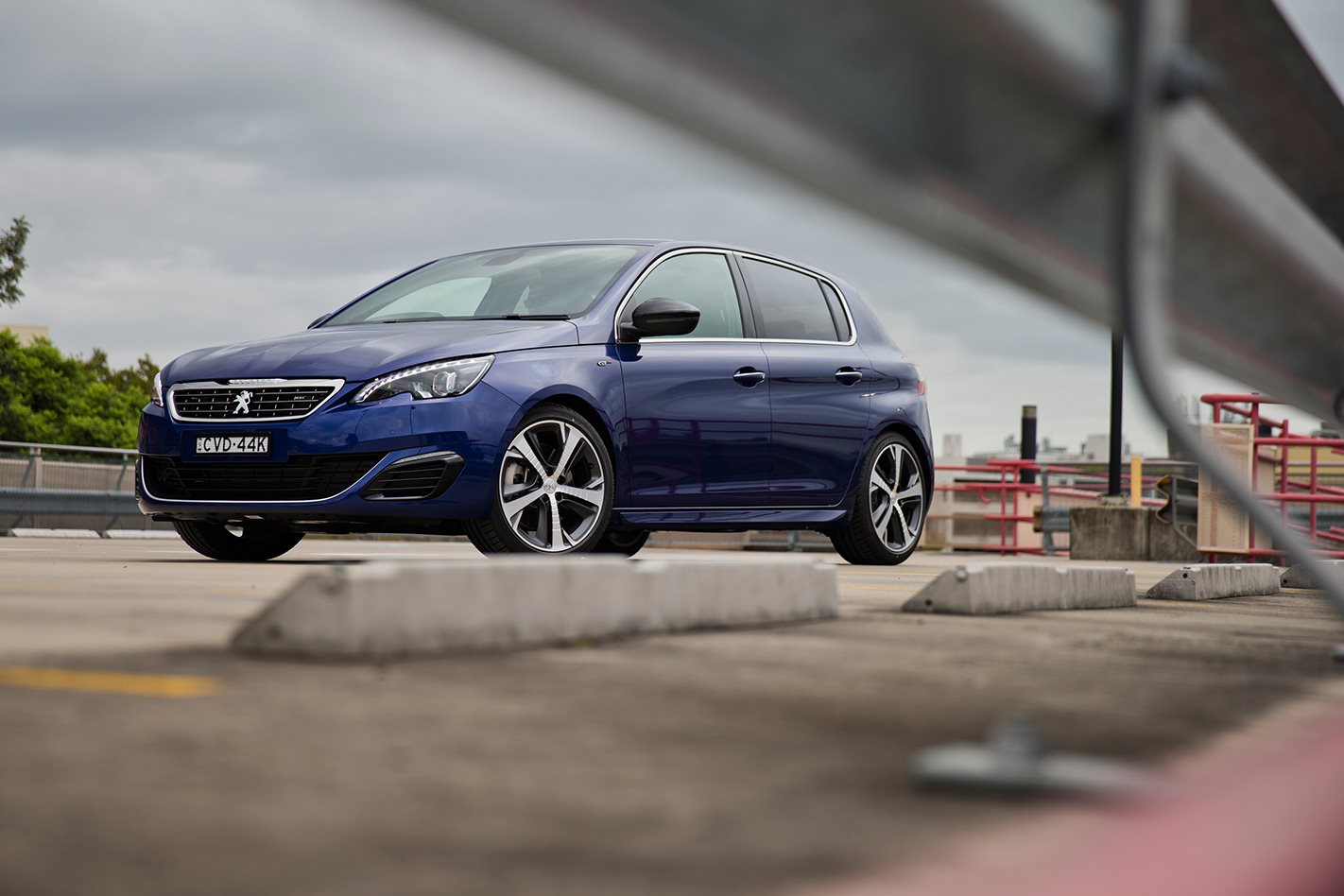 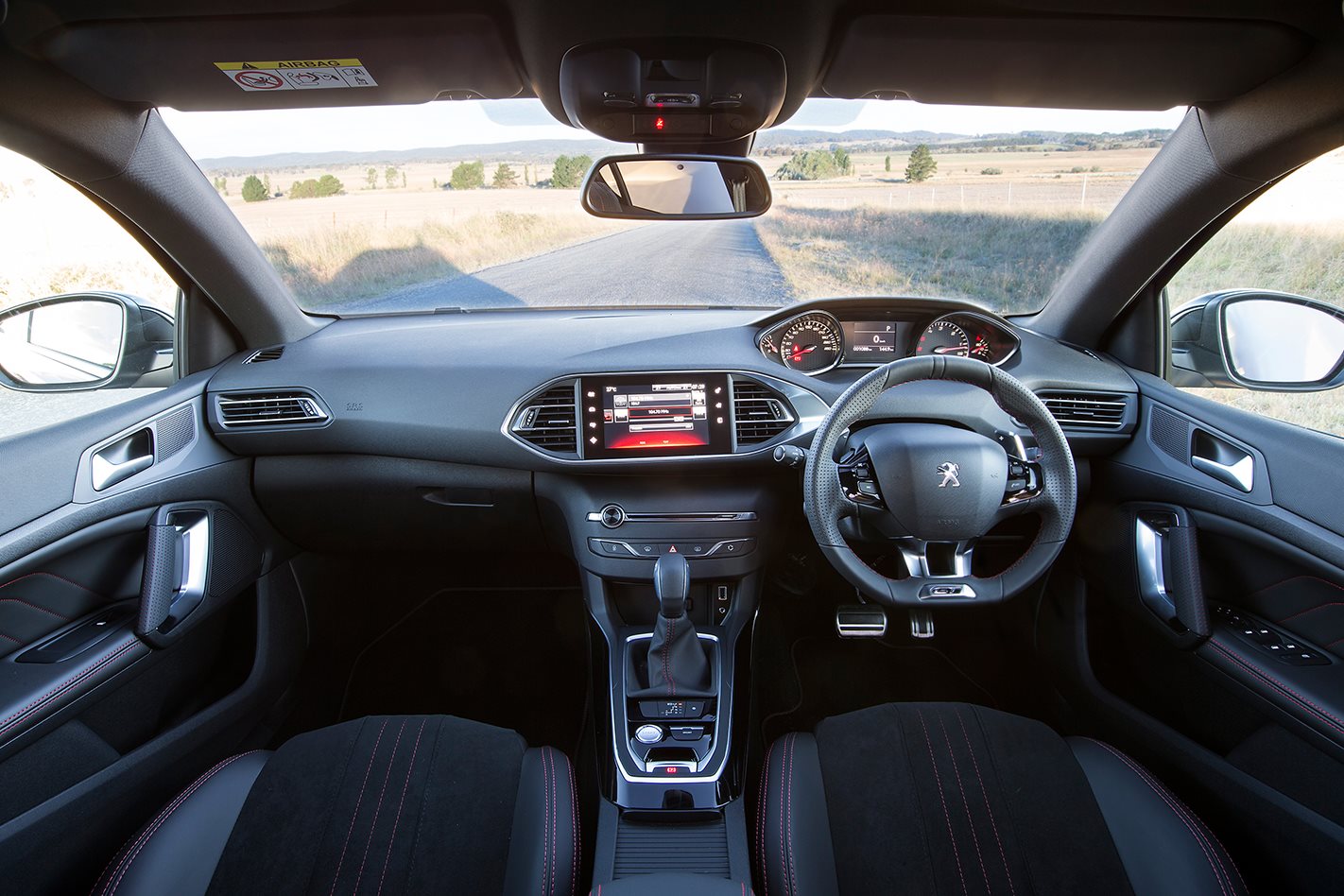 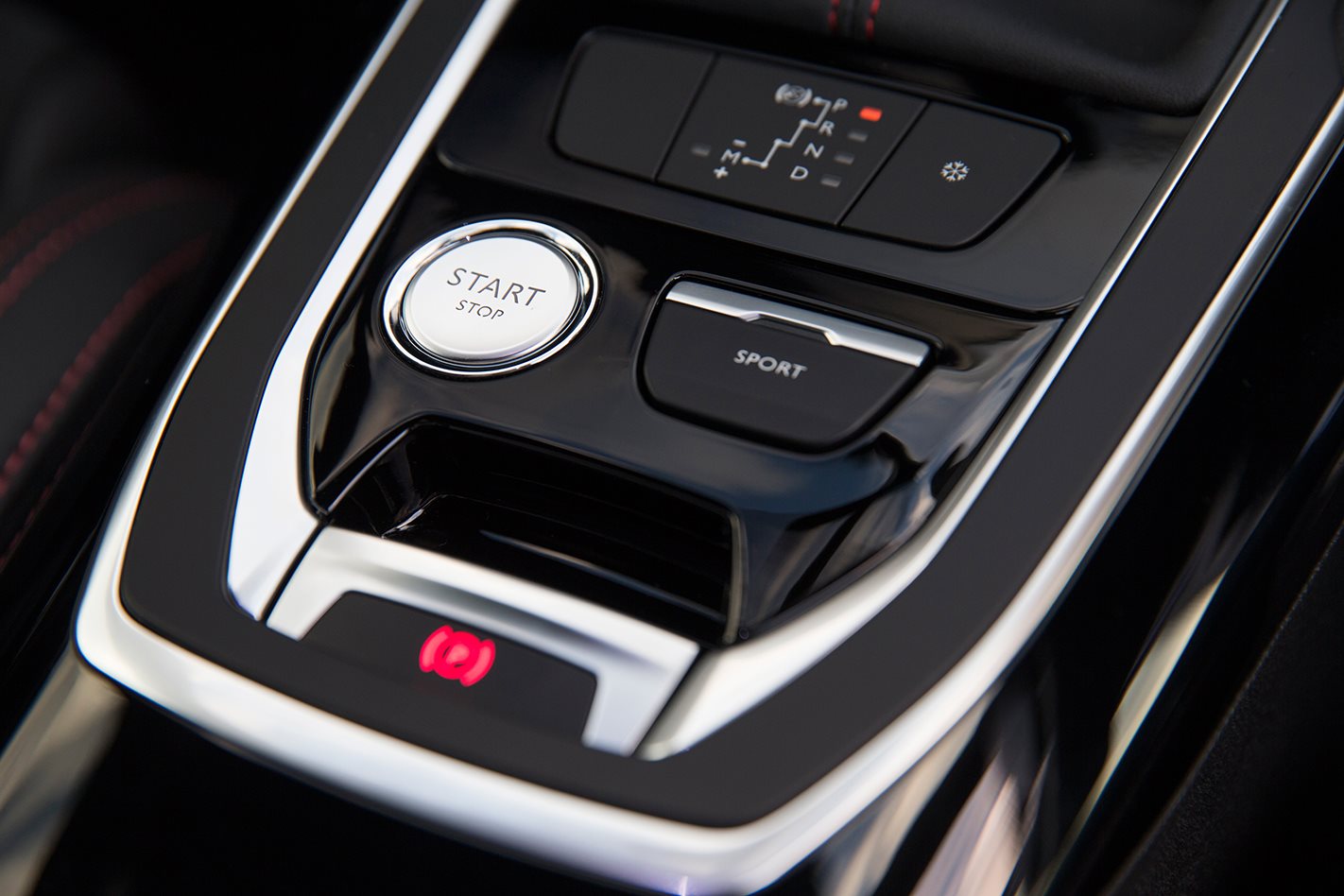