Surprise in store as the Forester takes a belting.

Surprise in store as the Forester takes a belting.

First published in the September 2015 issue of Wheels magazine, Australia’s most experienced and most trusted car magazine since 1953.

WHO knew being rammed up the backside could be such a revelation? Incredibly, despite having been licensed to drive since before Bieber was born, I’ve never been Liberaced, which is surely good luck rather than good management. Even F1 drivers don’t have eyes in the backs of their heads.

But on a busy holiday-weekend Friday, attempting to escape Sydney with my family on board the trusty Forester, I was suddenly and shuntingly bunted from behind.

The initial reaction was, of course, utter shock, because I hadn’t braked suddenly or done anything to deserve a good rear-ending, and also because I just couldn’t believe the force of the impact put through the car, and my back in particular. If I was American I would have rolled out onto the pavement clutching my neck immediately. 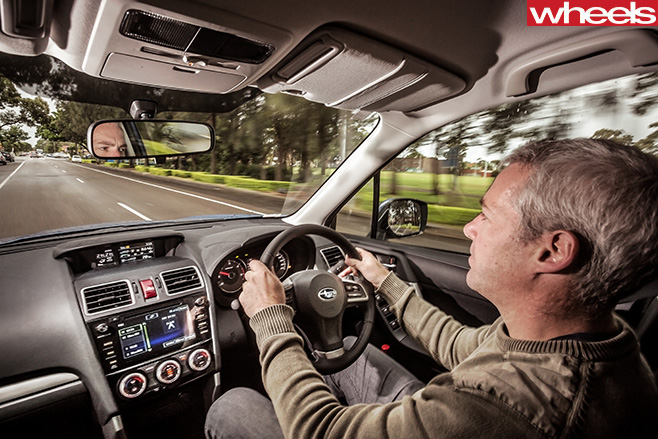 Sadly, I had kids in the car, one of whom – my three-year-old daughter, who can sleep through anything, except the night – wasn’t even woken by the crash, so I had to avoid swearing loudly, which took Herculean restraint.

I was already formulating a great diatribe on stupidity and the necessity of driving with one’s effing eyes effing open as I leapt from the car. My wife tells me the look of fury on my face was alarming; like Joe Hockey being confronted by someone on minimum wage. Possibly worse.

Most of my bluster was blunted, however, by the look of contrition and confusion on the face of the middle-aged mum climbing out of a battered red Mitsubishi Magna, her hands up in “don’t shoot” fashion. 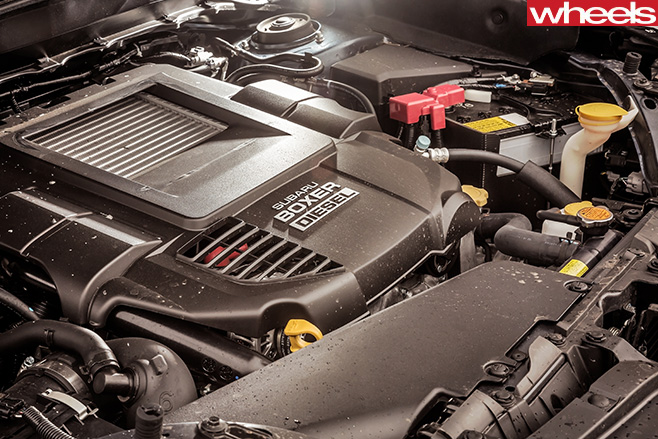 Something about her, and her car, told me this wasn’t her first arse-ramming. Swallowing my bile, briefly, I turned to my Subaru’s rear flanks for that horrible moment of drinking in the damage… and was stunned beyond belief. Not a dent, not a scratch, not even a smear of her red paint.

How is this possible? I know modern cars have deformable bumpers designed to magically pop back out after low-speed impacts, but I thought they were a bit like fairies – nice in theory, but a bit thin on the ground. Now I’m a believer, and my belief that the Forester is one tough-as-teak tank is only stronger.

Forget the Hilux, all hail my Unbreakable Subaru Forester.

I’M REALLY starting to love this car, except for the diesel rattle, which still bothers me. It’s better than diesels used to be, but there’s just no joy in it. When you put your foot down in a car you want a happy sound, as well as a surge forward, but a diesel like this only moans about the effort. Still, our long-ish journey saw us dipping as low as 6.3L/100km on the highway, so it’s a long time between dealing with diesel fumes at the servo. 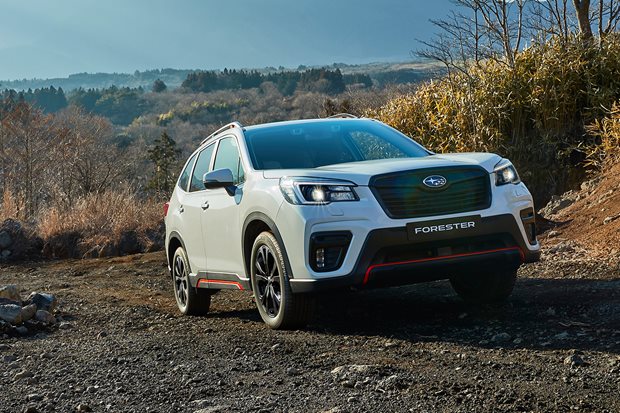