Remember the manual gearbox? One drive of the new Polo GTI and you won't forget the joy of this manual hot-hatch as Volkswagen goes back to the future with its new baby

Remember the manual gearbox? One drive of the new VW Polo GTI and you won't forget the joy of this manual hot-hatch as Volkswagen goes back to the future with its new baby

WHAT IS IT?
Forget the minor facelift: a new driveline means that the Polo GTI goes toe-to-toe with the brilliant Ford Fiesta ST and gives Polo buyers more choice than the five-door, dual-clutch only Renaultsport Clio RS.

WHY WE'RE TESTING IT
This is the first time that the Polo GTI has been offered with a manual gearbox. The new 1.8-litre turbocharged four-cylinder engine replaces the twin-charged 1.4-litre and comes with six gears and three pedals. Oh, and while it's still the same fifth generation Poll, it has been given a minor facelift that the lower-spec Polos were treated to last August.

MAIN RIVALS
The Ford Fiesta ST is the main target, but there's also the Peugeot 208 GTi, both offered in manual. There’s the dual-clutch only Renaultsport Clio RS in the same fight, while similarly sized but much more expensive is the new Mini Cooper JCW, while in terms of the VW's $27K price, you could also look at the just-facelifted Citroen DS3 DSport.

PLUS: Drives and looks grown-up; a condensed Golf-GTI that is better than its predecessor in almost every aspect.
MINUS: Steering not as sharp; reversing camera should be standard, DSG model's torque deficit THE

THE WHEELS VERDICT
The Polo GTI is a class act: it's a polished performer that brings acute dynamics together with a willing, muscular engine that can play hard yet maintain its manners around town. Fun yet absolutely liveable on a daily basis.

THE WHEELS REVIEW
THE 2015 VW Polo GTI proves that the manual gearbox isn't quite dead yet. We have the Ford Fiesta ST to thank as well for this, as the dynamically brilliant, cheap and chips hot hatch has made VW stand up and take notice, so much so that the GTI now comes with a larger engine mated to a manual gearbox, whereas before it was DSG auto-only. Score one for the purists, even if we're talking about a front-wheel drive hatch here in the crosshairs of the Peugeot 208 GTI and Renaultsport Clio.

That's not all that makes the new updated Polo GTI even better than its predecessor. On the outside, it's keenly more GTI-looking thanks to the relatively subtle facelift that makes it clearly a blood-brother of the Golf GTI. It also comes with more safety gear, including collision warning, and is the first VW in Australia to offer LED headlamps (an option, of course).

Yet enough of that: it's behind the large-dished leather-clad wheel that you want to be. Here, the classic white-on-black gauges are as crisp as the new HD 6.5-inch centre screen is to look at and prod. Further down there are two things to light a driver's fire: a traditional hand-brake lever, and a six-speed manual gearbox. While there's no pitted golf-ball knob to ape big-bro Golf GTI, there is classic tartan trim and comfy, supportive seats up front.

It's spic and span but not sterile before you turn on that new 'big block donk. The 1.8-litre EA888 engine is an absolute peach. Taken from the Golf and wider VW Group family, it's 302cc larger than the 1396cc four it replaces, but it doesn't have the supercharger anymore, just a single turbo with an electronic wastegate. It has packaging advantages such as the exhaust manifold that's integrated into the cylinder head, as well as direct and manifold fuel injection that helps save fuel, despite its 141kW being a 9kW jump over its predecessor.

With a smooth idle, it's extremely well-mannered around town, reminding us why it won the 2010 Wheels COTY gong. The all-round vision is pretty good, despite the side mirrors being a tad too small, and the three pedals – and the first clutch pedal for a Polo GTI – are all well weighted in relation to one another don't call on any muscle to operate. The shift itself isn't as smooth as silk, but it’s light and feelsome enough to slot where and when you want it to, and fast.

The pace – and brisk response – from the manual version is something that the 7-speed DSG cannot match, even if the 0-100km/h time of 6.9sec is 0.2 behind the auto. Pick the manual, and you not only get an extra pedal to compensate, but you get 70Nm more torque due to the DSG's inability to cope with anything beyond 250Nm. That means it swells from 1450-4200rpm, and while the DSG model also has a wider spread than its predecessor, its torque spread isn't as broad as the manual's.

On windy Blue Mountains Roads, the manual proves that this is the Polo GTI we always wanted. In fact, VW Oz says that customers had called for a manual since the GTI arrived in 2010, and it was snapped up for us Aussies as soon as Wolfsburg HQ uttered its existence. 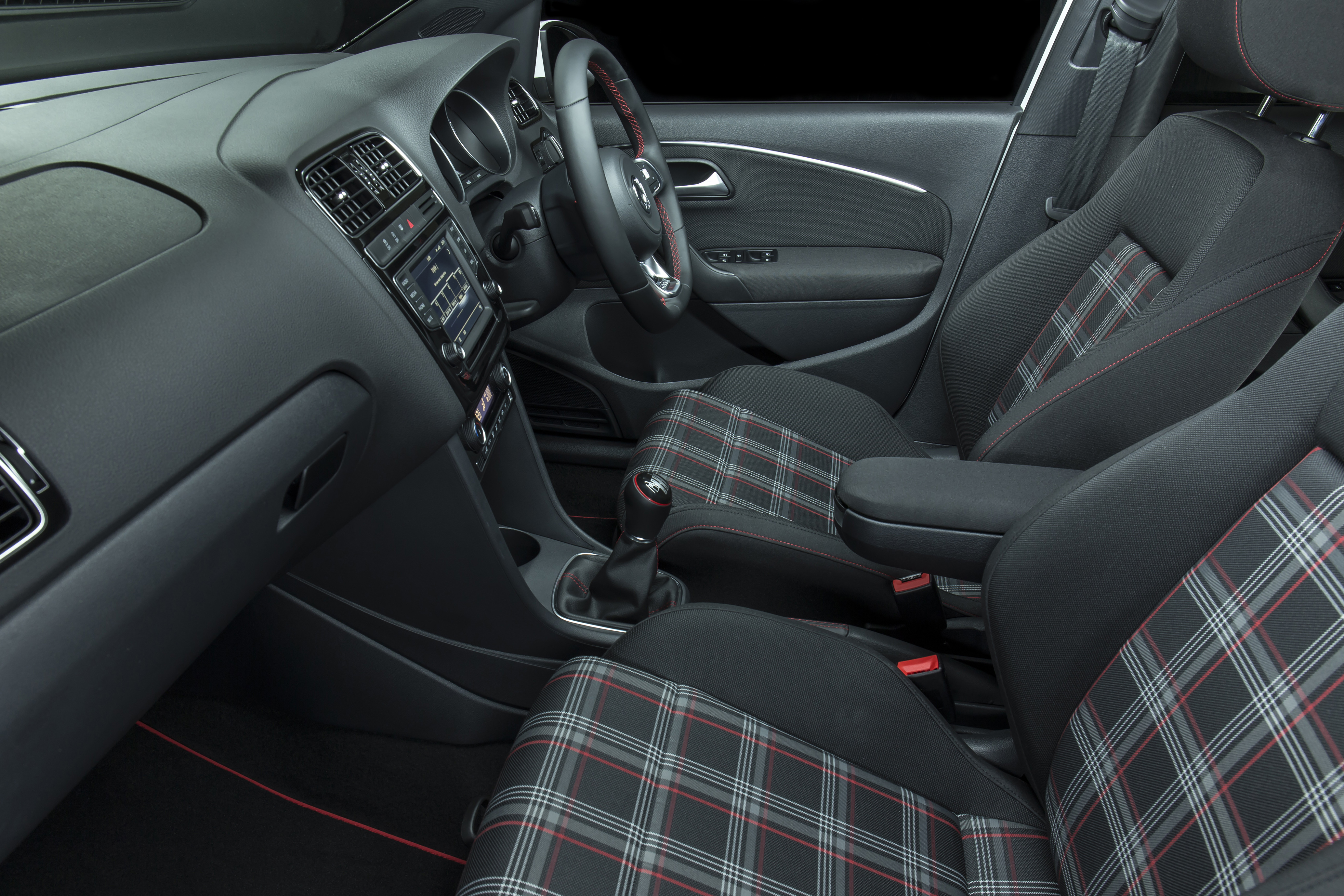 That call to action has resulted in the manual GTI delivering an involving, sharp drive with brilliant response, the control and clarity of what the driveline is doing - thanks to the clutch and lever action - maximising the most of the grip and super traction from the front wheels. Roadholding is brilliant, stretching beyond expectation before the side walls of the 215-wide Continental tyres begin to literally fold, long before the nose begins to show any inclination towards understeer. It dispenses bumps quickly yet isn't skittish or lairy like you’d expect a short –wheelbase hatch to be.

It's a brilliantly capable and responsive performer for carving up traffic on an undulating road - precisely what a heavily trafficked mountain road called for on our drive.

Around town, the GTI hasn't given up its manners. That torque spread helps with fewer shifts in traffic, while the firm ride isn't intrusive, even if it gives up a little compliance in the process. There's also some wind noise at highway speeds, bit tyre noise is limited compared to, say, the Fiesta ST.

VW has done itself a favour by going back to the future with a larger capacity engine and manual gearbox. The Polo GTI is cheaper, faster, drinks less and looks slightly more polished. It's win-win, even if you still decide to buy the DSG - which still gets all the safety gear and bigger engine - ass 80 per cent of buyers do. And while VW may have followed the crowd - Fiesta ST, Peugeot - please don't be in that one-fifth of manual buyers that will have more cash in their pocket and a permanent grin on their face. 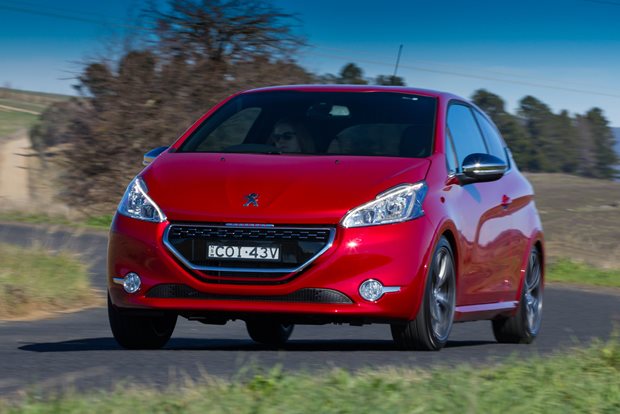 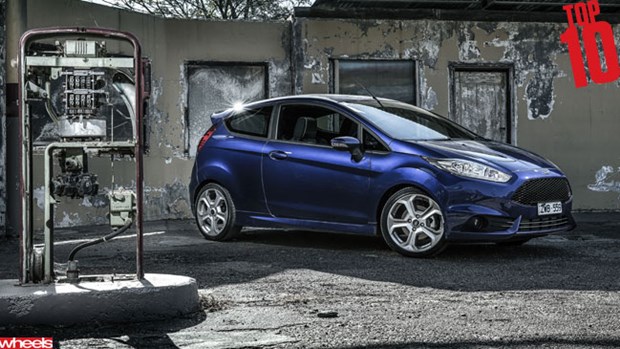 We take a look back at the cars that really moved us in 2013, including the Ford Fiesta ST. 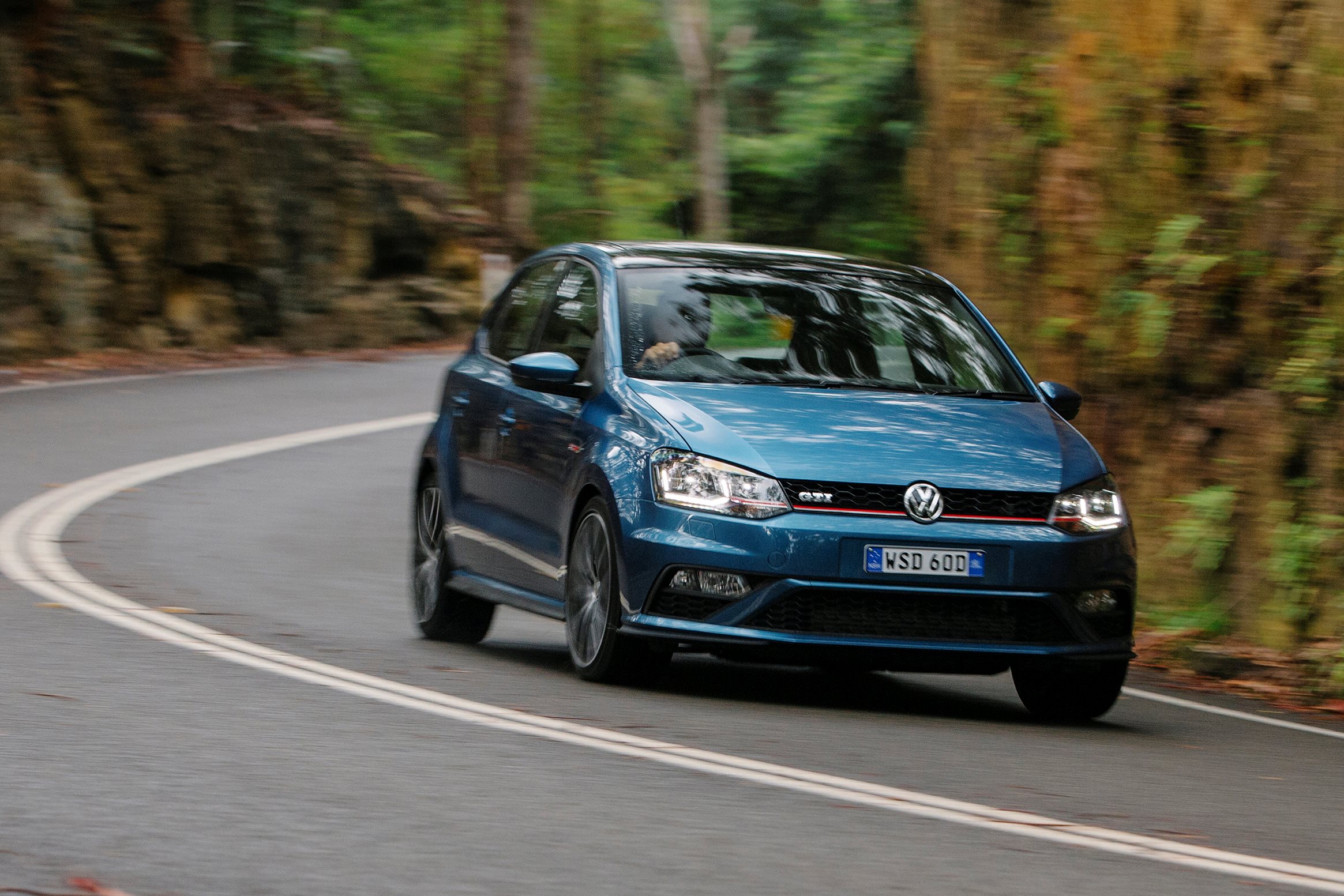 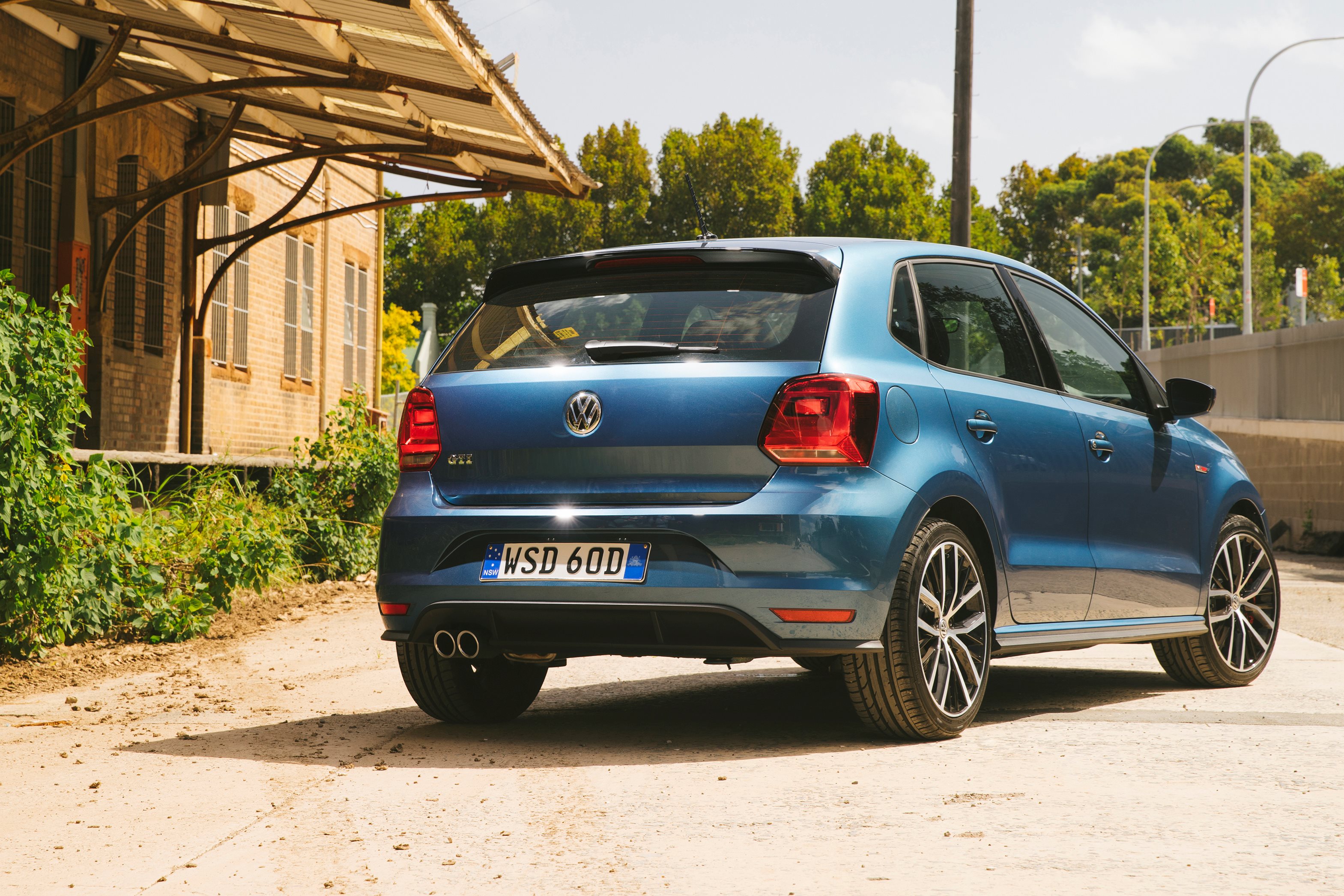