The fourth generation of Audi’s S-badged A4 scores an all-new engine to complement its new-generation platform.

WHAT IS IT?
The first proper performance variant in Audi’s all-new B9 A4 range, available in both sedan and Avant wagon guises, tied exclusively to a new eight-speed automatic transmission.

WHY WE’RE TESTING IT?
Unveiled at last year’s Frankfurt motor show, Audi appropriately launched its subtle new S4 stormer in the hills surrounding the same city. Given the deeply impressive ability of the lesser A4 that (literally) sits under it, the new S4 promises to be a sizeable step forward from its well-liked, supercharged predecessor. 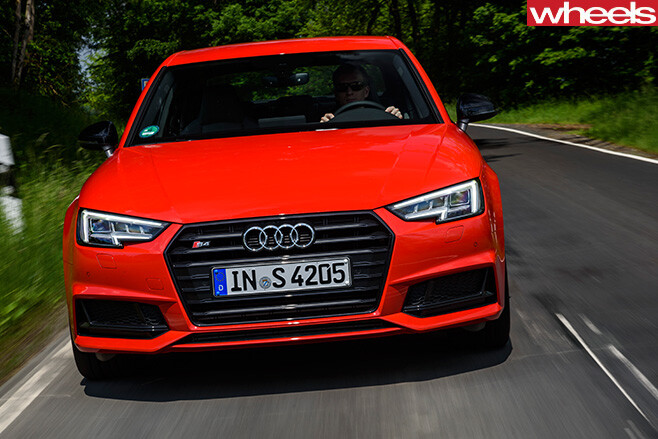 THE WHEELS VERDICT
Suave to look at and beautifully crafted, the S4 is more understated than we were expecting, though the harder you drive it, the better it gets. Nicely balanced handling and tremendous drive out of corners partly compensate for its unsettled ride and over-eager, slightly unnatural-feeling (optional) dynamic steering. And while Audi’s new turbo V6 might be technically proficient, it’s a little lacking in the personality department. If you can withstand the charms of the S4’s bedazzled styling, an A4 2.0TFSI quattro is a smarter choice, and a better car. 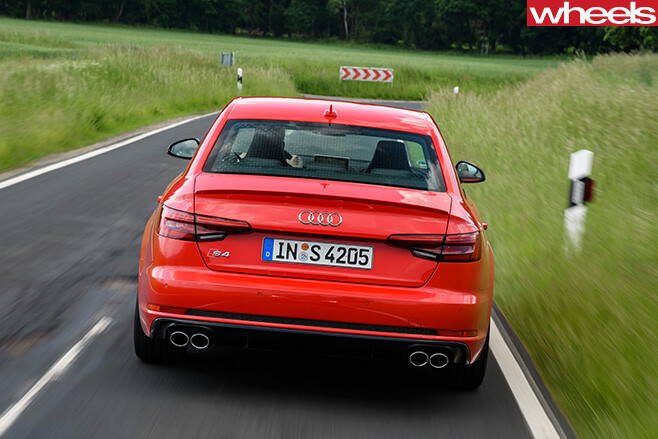 On paper, the differences aren’t so obvious. The new S4’s all-aluminium 90-degree V6 shares its bore and stroke, and thus its 2995cc capacity, with its supercharged predecessor, but that’s where the similarities end. Different bore centres, a new two-phase combustion method with centrally mounted high-pressure fuel injectors, and a twin-scroll turbocharger mounted inside the vee has produced a more compact, lighter (by 14kg), friction-optimised engine with enhanced response, higher outputs and improved efficiency. 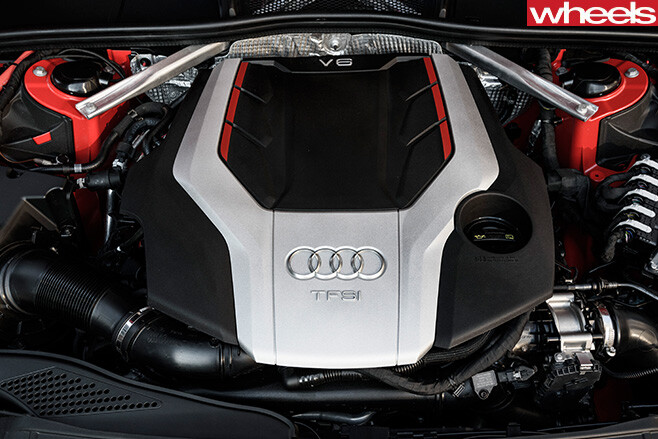 But does different actually mean better? Yes and no. Despite sitting well forward of the front axle line, the lighter V6 achieves quite respectable front-biased weight distribution of 55-58 percent (depending on bodystyle), and has a negligible effect on the S4’s impressive chassis balance. It’s a strong performer, with easily enough muscle to make the most of the S4’s 60 percent rear drive bias and (optional) torque vectoring ‘sport’ rear differential.

The new eight-speed auto seems to match the previous dual clutch’s shift speed, while being smoother in traffic with a slick idle-stop system, and it features a freewheeling mode that saves fuel when coasting in Drive between 55 and 160km/h. If the combined fuel figure isn’t complete porkies, 7.5L/100km isn’t to be scoffed at. 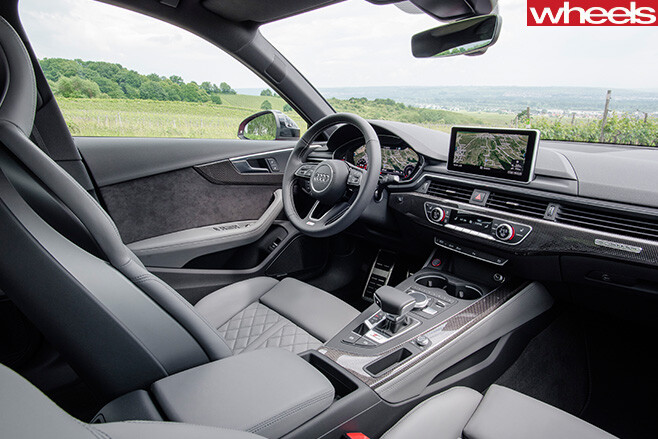 What the turbo V6 lacks is personality. Gone is the old blown V6’s raspy induction snarl as it approaches its 7000rpm redline, replaced by a grainier, though vibration-free, soundtrack and a lower 6500rpm rev limit. We saw 6700rpm once, followed by a loud thump from the rear end as the S4 slammed into the next gear, as well as the requisite upshift blurt from its four exhaust pipes.

There’s a marked difference between the throttle response in the transmission’s Drive and Sport modes, despite the sweet spot being somewhere in between. The S4’s accelerator feels almost resistant in Drive and demands lots of pedal travel to deliver what you’re asking for, while Sport is far too twitchy and throws passengers around when stepping on and off the right pedal. 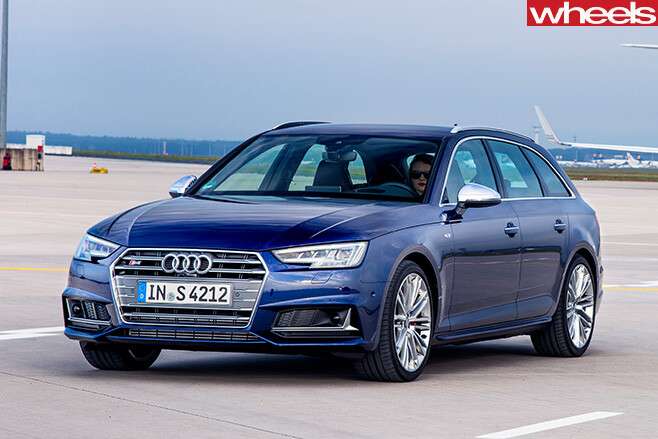 When questioned about the new engine’s shift in personality, Powertrain Development engineer, Johannes Ohland, admitted Audi had done no tuning to the V6’s induction sound, only its exhaust, which is a little disappointing given previous S4’s consistently tuneful reputation. It does produces a pleasant induction blare, however, when under throttle load between 2500 and 3000rpm.

The new-gen S4 definitely handles – especially when enhanced by the razor-sharp turn-in of optional dynamic steering – but it doesn’t ride. Even in the adaptive dampers’ comfort mode, there’s an unsettled knobbliness to the S4’s ride (on Hankook Ventus S1 Evo 2 245/35ZR19 tyres expected to be standard in Oz) that is at odds with the regular A4’s plush composure. While the S4’s suspension discipline achieves handling on a higher plane than ever, we’d avoid ticking the box marked ‘dynamic steering’, as fitted to all launch cars. Its over-eager reaction to inputs gives it an unnatural feel, with weighting and steering ratio at times perceptibly altering mid-corner, and it never quite gels with the S4’s otherwise excellent dynamics. Hopefully the standard fixed-ratio set-up feels more progressive.

Mechanical gripes aside, there’s a lot to like about the new S4. Its interior is fabulous, including a new screen in the Virtual Cockpit display that shows the tacho dead-centre with a digital speed reading inside, and the optional head-up display is arguably the world’s prettiest. Both bodystyles blend subtly sporty looks with practical elegance, and the S4 has great brakes – 350mm front discs with six-pistons calipers and very natural pedal feel. When it lands in September, our S4 will be chocked with equipment, for a similar price to the old car. Expect 19-inch wheels, adaptive dampers and Audi’s virtual cockpit to be standard, but you’ll pay extra for Matrix LED headlights, sport differential, dynamic steering, S Sport seats, Audi Phone Box (inductive charging) and the black pack worn by our red test sedan.

Audi hopes the new-gen S4 will make up three to five percent of total A4 sales, as opposed to the current car’s one to three percent. But we can’t help thinking the sweet spot is at A4 level, in 185kW 2.0-litre turbo quattro guise. Until the S4 receives attention to its ride and its engine acoustics, its baby brother remains supreme.