M division rediscovers its mojo with the fastest version of the BMW 2 Series coupe.

WHAT IS IT?
The M2 is BMW’s new baby M-car, and possibly the most eagerly anticipated release of this year. It’s a rear-drive coupe powered by a front-mounted, turbocharged, 3.0-litre inline six.

WHY WE’RE TESTING IT
We drove the BMW M2 at its international launch in California, and loved it. This is our first chance to try it on Aussie roads.

MAIN RIVALS
High-powered German hatchbacks such as the Mercedes-Benz A45 AMG and Audi RS3, which cost a bit less. Or for direct coupe competitors, there are the Audi TTS and Porsche Cayman. 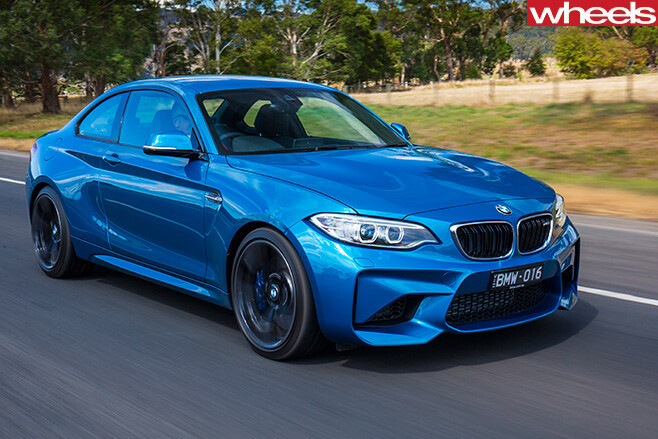 THE WHEELS VERDICT
It’s too long since the list of legendary BMW performance cars was extended, but the M2 will undoubtedly etch itself into history. It hits a dynamic sweet-spot the current M4 couldn’t quite find.

THE WHEELS REVIEW
SO HERE we are. Long rumoured and highly anticipated, the BMW M2 sits before us on local roads – all muscular and squat like a British bulldog.

We lauded the new flagship 2 Series after a drive at Laguna Seca in California, but smooth racetracks are one thing, and cragged and scarred Aussie roads are another.

The local surfaces exposed some misgivings about the M3/M4. Now some stages from the Targa Tasmania – the closed-road tarmac rally event – are perfect for discovering whether our faith in M division has been restored. 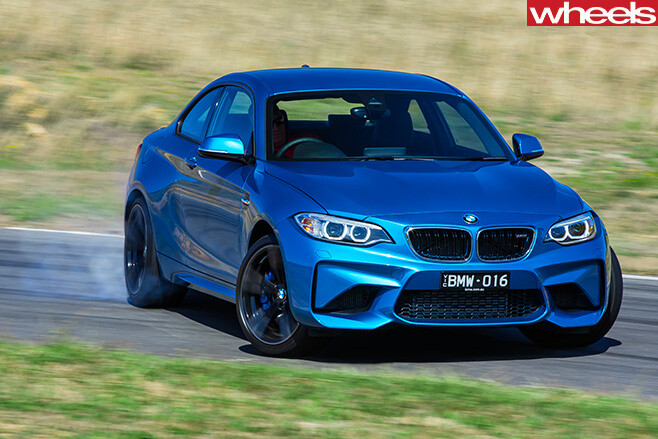 We won’t keep you in suspense: just a handful of challenging stretches are needed to confirm the M2 is a better driver’s car than its bigger brother.

Where the BMW M4 can start to feel twitchy at speed on broken bitumen, the M2, which borrows the M4’s aluminium suspension, refuses to be unsettled. That’s regardless of whether bumps are on the entry to a corner, under hard braking, or mid-corner where the outer tyres are loaded up.

Its electric steering, while not as meaty as that of its most immediate predecessor, the 1 Series M Coupe of 2011, is more fluid and communicative than any other current BMW rack.

The front end’s response to steering inputs is also incredibly sharp, switching the angle of attack with an immediacy that’s darty without being nervy. How planted you want the rear end to be is very much determined by your right foot, and whether you’ve nudged the vehicle settings from Comfort or Sport up to Sport Plus – the latter mode engaging the M Dynamic mode for those desiring less traction and some mischievous sideways antics.

Those settings don’t alter the dampers, though that’s welcome beyond saving money because the M2 allows us to hark back to a time when cars such as the E46 330Ci made you marvel at BMW’s mastery of balancing ride against handling.

While the ride of the M2 is still undoubtedly stiff, there’s a suppleness to it that was never apparent on the aforementioned 1M Coupe (though the M2 shares the 1M’s loud tyre roar). There’s the occasional mild thump as the dampers indicate their intentions to keep a firm lid on rebound, but it’s mostly noise and doesn’t interfere with this car being a commendable commuter.

The M2’s 3.0-litre single-turbo six-cylinder – a ramped-up version of the M235i’s unit – is great for maximum attack or minimum fuss.

Shifting gears with paddles costs an extra $10,000 above the $89,900 M2 Pure that is available only with a (satisfyingly hefty and accurate) six-speed manual. 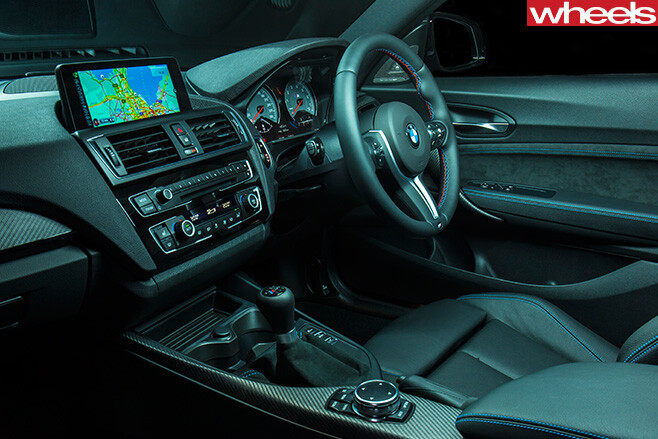 That $10K impost also brings the likes of Harman Kardon audio and electric seats, while a launch control system is chiefly responsible for getting the seven-speed dual-clutch auto version to 100km/h quicker (4.3 v 4.5sec).

Adults will also be more appreciative of the rear seat space in the M4, and some of the smaller coupe’s cheap cabin plastics can’t be disguised despite flourishes of carbon fibre and Alcantara.

Dynamics are everything for an M-car, though. And here the least expensive of them all is, at least for now, the greatest.