Sibling rivalry is fierce at BMW at the moment.

While the BMW M2 has been flexing its beefy bodywork and stretching its 465Nm turbo six, its overshadowed M235i little brother has been determinedly lifting weights out of the limelight to now finally emerge as the renewed M240i… with a 500Nm turbo six.

Both models use a 3.0-litre inline six powered by a single twin-scroll turbo, but where the M2 scores a variation of the M235i’s N55 engine, the M240i gets a new modular unit – the design can run as a 1.5-litre three, 2.0-litre four or even 4.0-litre V8 – dubbed B58. The new engine has a tougher, closed-deck block pinched from diesel cousins, with fewer cooling jackets. New metal coatings for the bores and connecting rods claim to increase smoothness, decrease friction and wear, and permit greater heat dissipation, with the electronically-controlled thermostat now variable in operation for finer control. Finally, the formerly front-mounted intercooler is now a water-to-air unit positioned inside the intake manifold and teams with a shorter intake tract from the turbo to boost response.

The upshot of all that work is 250kW at 5500rpm, a mild 10kW lift over the M235i, but that impressive maximum torque figure, produced from 1520-4500rpm, represents a substantial 50Nm increase over its predecessor and a potential problem for its big brother.

While the M2 can match the M240i's twist, the full 500Nm are only available on overboost between 1450-4750rpm. Worse still, the M240i matches the baby M-ster for equipment while asking for substantially less money. A price cut of $2600 versus the outgoing M235i has the M240i starting at $74,900 as an eight-speed automatic, with a six-speed manual a no-cost option. 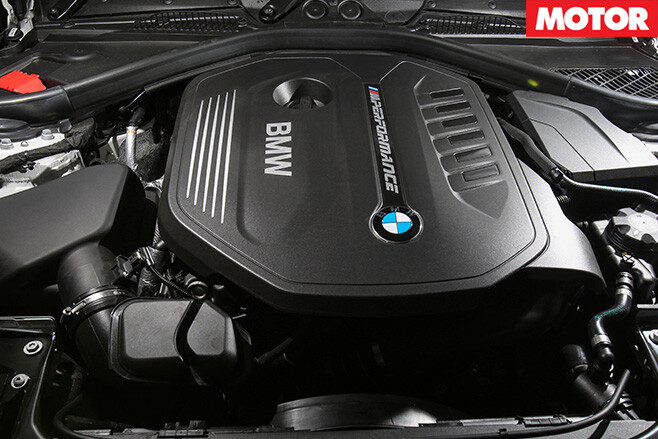 On paper it looks like a no-brainer: the M240i has similar outputs and equipment levels and with its sharp new 0-100km/h claim of 4.6sec, gives away just three-tenths to its more powerful sibling. So, $24K for three tenths, right? Well, not so fast.

The new B58 doesn’t feel hugely different to the N55. It still sings a creamy mid-range tune, but feels slightly keener at the top end. Both transmissions are terrific partners, delivering a more cohesive and characterful driving experience than most four-cylinder rivals. 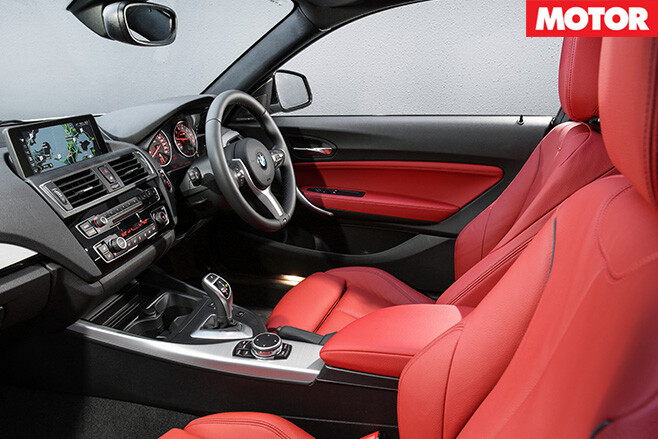 On northern Victorian black-top and at Winton Raceway, however, the M240i lacks the explosive power-down of an M2. The steering is nicely sharp and tight to a point, but when loaded it provides less feedback from a front-end with less bite than its fat-tracked sibling, which also has much more rubber to lean on.

Nobody wants to see a little brother bullied, but on a twisty road it sorta gets knocked out. There isn’t nearly the same bulldog-biting aggression on turn-in, nor the ability to choose between explosively rapid corner exits or precise, poke-in-face oversteer. Instead the M240i requires some delicate balancing on corner entry followed by calm and considered throttle on exit.

This BMW is most rewarding below nine-tenths, which is probably fair considering the adaptive suspension provides the sort of rounded ride that is less likely to drive your partner mad. Particularly in Sport, it is firm but controlled. At three-quarter intensity it is sweetly engaging and feels lighter on its feet than hot hatch rivals like the A45 and RS3. The linear power delivery gels beautifully in a compact rear-drive package, the only downside being the lack of a limited-slip diff – it’s a hefty $5390 dealer-fit option that should be standard.

But there’s another BMW sibling that should be considered here. The M140i hatch is $10K cheaper than the M240i, and 500Nm for $65K suddenly places greater distance to the M2 and leaves cash to splash on an LSD. It seems this is one family feud that's set to continue.