Lambo's most affordable bull is far from tame

Lambo's most affordable bull is far from tame.

WHAT IS IT?
A rear-wheel drive variant of Lamborghini’s two-seater, mid-engined V10 sports car. By dropping the all-wheel drive system, pruning power back sightly and trimming the price compared to its AWD coupe and convertible siblings, the LP 580-2 is pitched by the Italian sports car manufacturer as its ‘entry-level’ model.

WHY WE’RE DRIVING IT
We had limited track and road time in the LP 580-2 at its launch in the UAE earlier this year, but were enthralled by its character and dynamics. This is a chance to see how well its talents translate to Australian roads, and enjoy some less restricted track time. 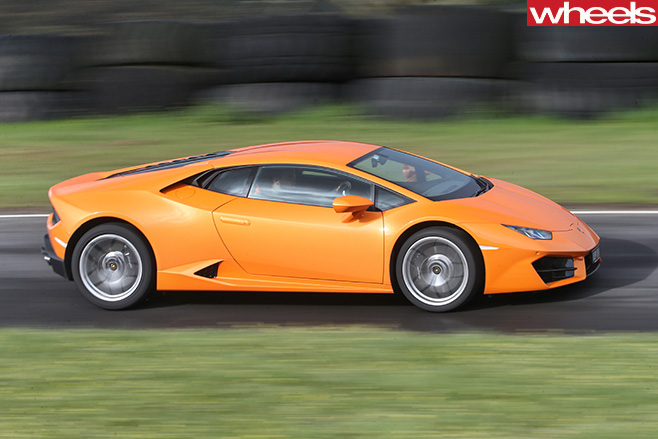 VERDICT
It may lack the latest tech of some rivals, and the engine demands to be worked hard to make this supercar feel super, but its old-school brawniness, rev-ability and dynamic purity make the cheapest Huracan also the best

THE WHEELS REVIEW
The supercar taken back to bare bulls.

FOLD yourself in half, slide into the low-slung seat of the Lamborghini LP 580-2 rear driver, then close your eyes. It’s easy to imagine hearing the cheers of the Lamborghini powertrain team when they first learned, back around 2009, that they could finally bin the front drive shafts of what would become the Balboni edition of the Lamborghini Gallardo. 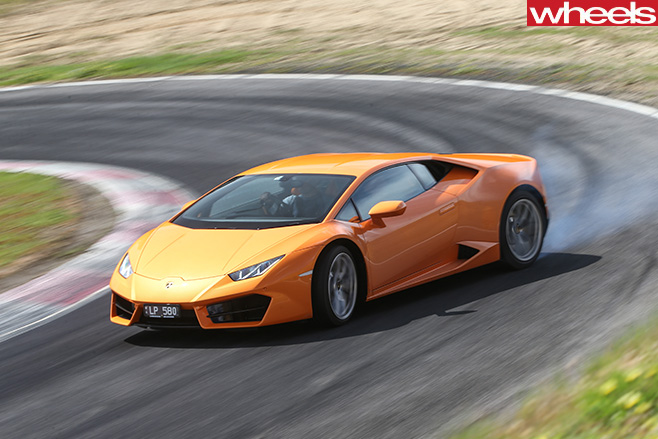 We cheered too. If you buy into brand values and image, then surely a Lambo should be edgy, extroverted, and just a little threatening: “caution – bull may gore if provoked.” The security of all-wheel drive should be left safely clutched to the bosom of parent Audi.

From relative low-rev docility, the note hardens, the growl drops a few octaves, and its chest opens. Work it harder and listen to that full-throated holler, as if veins are starting to bulge in the side of the cylinder heads. 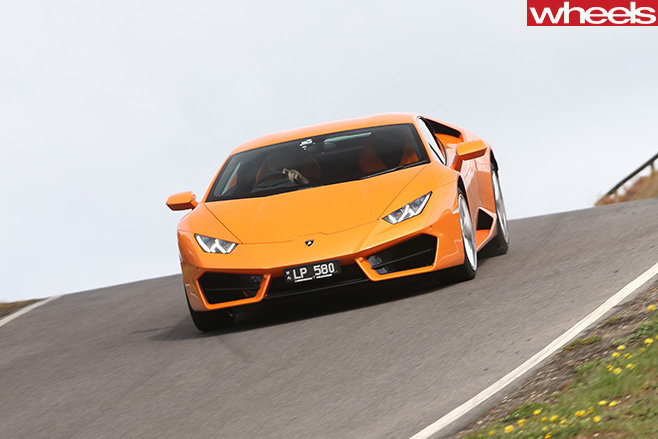 Up top, near 9000rpm, it’s a frenzied, feral animal of a thing, angry, yet somehow delighting in being able to unleash its full potential, like a UFC fighter in ground-’n’-pound mode.

But brilliant as this is, it’s obviously not the core USP of the 580-2. In fact, this is actually the least powerful Lamborghini Huracan, down 23kW on both AWD coupe and Spyder. Trust us, you won’t know or care about those “missing” kilowatts when you point it with vigour into the first corner and start working that laser-precise right pedal. Turn in, and, compared to the AWD car, it’s as though your fists are clamped around the front axles. 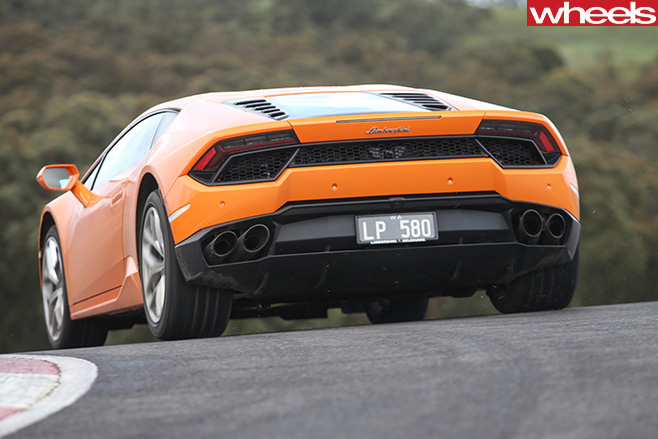 There’s no layer of quilting diluting your connection; no torque apportioning going on. Sure, in tight conditions it’s probably slower than the AWD car. In the wet, no question. But here’s the point: it’s a supercar, not a race car. It’s supposed to deliver the barrage of super sensations, not shave tenths from a lap time.

Further evidence of this philosophy – party time, not lap time – is found with the ESC system. Yes, there are suspension and tyre compound tweaks intended to make the car’s breakaway point more accessible and controllable, but the ESC calibration is arguably more influential. 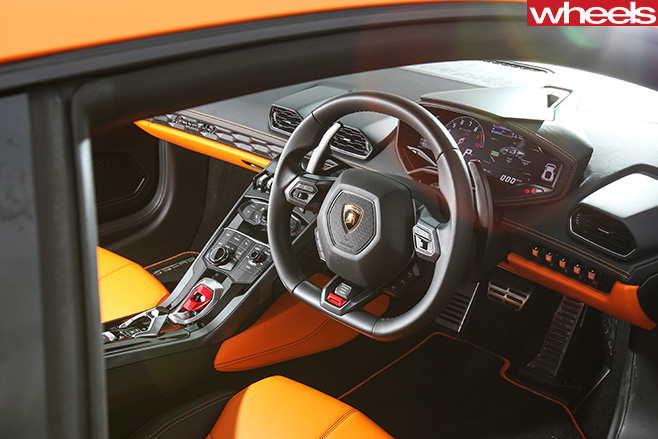 Fact is, you still need to carry proper corner speed to even sniff the messages of pushy understeer. Then, with the ESC indicating ‘off’ in the first of its two stages, if you commit and goose it, the rear does break away with commendable progression. But the electronics are subtly working to help, as evidenced by a blinking green ‘tyre tracks’ icon while you’re busy turning and burning.

The LP 580-2 may not be the fastest, smartest, most-super supercar in this segment, but is among the most fun and engaging, which counts for plenty. So yes, the lower-powered, least-expensive Huracan is actually the best Huracan, and the one we reckon that would raise a cheer from Ferruccio Lamborghini.