It’s as authentic as ever, but the latest update to the G-Wagen brings driving tweaks and a new V8 engine.

WHAT IS IT?
The latest iteration of the mighty Gelandewagen. The shape hasn’t changed since the original of 1979 – ensuring authentic appeal and rugged off-road credentials – but the engine and electronics are as modern as those in any Mercedes-Benz.

WHY WE’RE TESTING IT
To see how the new G-Class runs with a detuned AMG heart. The 4.0-litre V8 is now standard in the G500 and we were given an early taste test.

MAIN RIVALS
We hate to pike out on this one, but there really are no direct rivals. Mercedes-Benz likes to see the G-Wagen as a discretionary purchase like a boat or small plane.

For things on four wheels the Land Rover Defender is the closest in concept – old, rugged design that’s been vaguely thrust into the 21st century – but it’s a lot cheaper. So think cars with a similar price tag like the Porsche Cayenne Turbo or even Mercedes-Benz’s fresher GL (soon to become GLS). 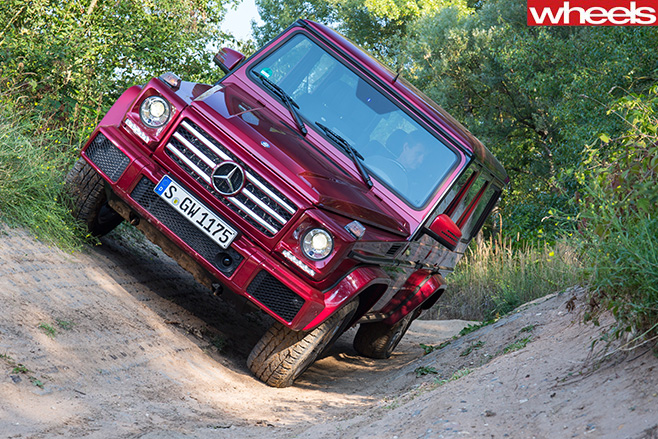 THE WHEELS VERDICT
As rough, rugged and flawed as ever – but now with a sweet AMG-derived powertrain. But the biggest trick will convincing people to consider the 500 over the punchier G63 AMG.

PLUS: Rugged looks and cult following; serious off-road ability; faithfulness to orginal
MINUS: Steering; dynamics; ride; fuel use; space for people and phones

THE WHEELS REVIEW
WHEN it comes to retro, they don’t get a whole lot more retro than the G-Wagen – Mercedes-Benz’s first off-roader and still its most capable. But it’s not because designers have gone out of their way to recreate a legend. Other than in the occasional detail, designers haven't got near the thing. The bodywork is identical to the 1979 original, as is the ladder frame architecture that underpins it.

A mild front-bumper freshen-up is the main visual change with this latest tweak.

Underneath, too, the latest G is more technically minded. 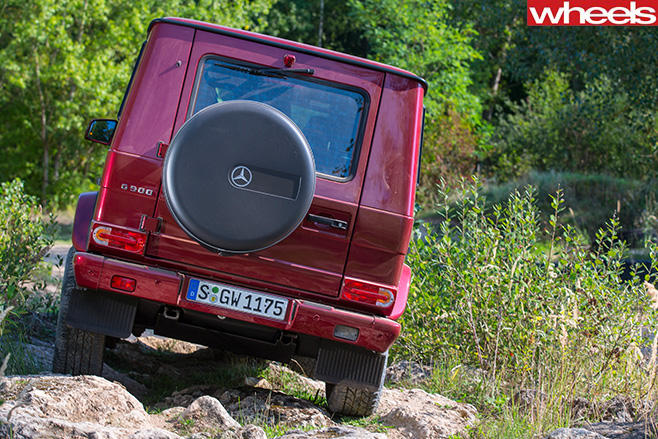 There’s slightly more pace from the G350d and G63 AMG, but it’s the G500 sandwiched in the middle that gets the most tantalising update. It plucks the 4.0-litre twin turbo V8 first seen in the AMG GT, Mercedes-Benz’s two-seater hero.

Fire it up and there’s some residual AMG rumble to its side-exit exhausts, less glitzy than the bigger chromed units in the G63 AMG. The G500 also has an impressive low-rev thrum that reaffirms this ain’t your average bush basher.

Noises are key to the G’s appeal. The doors thunk shut with a 1970s clang before the locks fire downward with a rifle-bolt clink shortly after take-off.

Speaking of which, it’s brisk. The 500 responds enthusiastically to throttle inputs and easily overcomes the 2.5-tonne heft. Initial acceleration, in particular, is stout, and if you keep it pinned it’ll whisk past 100km/h in 5.9 seconds.

But it’s the mid-range that’s the 500’s best asset, with a muscular surge that isn’t miles behind the flagship G63. It’s less toey when revved to its shift point, a smidge before 6000rpm. That V8 sound, too, winds back the intensity as revs rise. 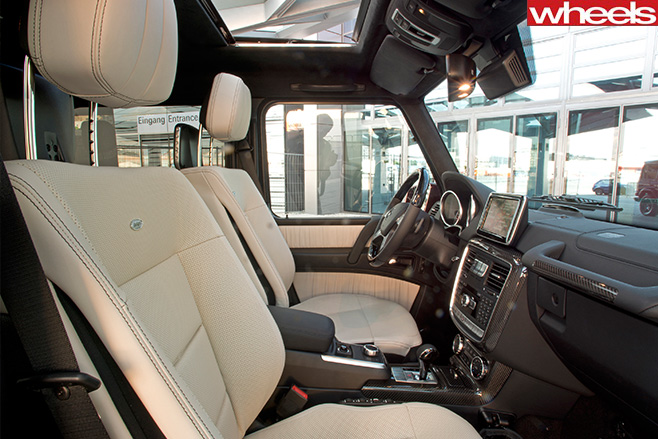 Like the G63, the G500’s top speed is limited to 210km/h. We saw 212km/h in both before the electronic limiter kicked in, and on a brief downhill autobahn stretch the G500 ticked over to 216km/h. At that stage the V8 roar is no longer, instead replaced by a wind whistle that sounds like a cat might if it were stuck in a boiling kettle.

The engine has more left in it to push the draggy G through the air (its coefficient of drag is 0.54; some trucks do a better job) but the chassis has had enough by then. Actually at any speed the dynamic package is terrible, and anything above 120km/h is a wild old ride that requires delicate and well timed steering inputs. Even at modest speeds there’s a vagueness to responses and enough leaning to encourage plenty of forward planning for anything that involves changing direction.

While it’s too much in town, the heavily weighted recirculating ball steering – yep, it’s slow to respond – makes it less likely to overstimulate things at speed. Even during moderate cornering, though, the G500 rocks and rolls at the slightest hint of driver input.

Punch hard out of a tight bend, too, and the inside front wheel might briefly wheelspin, more a product of the lurching than genuinely overwhelming the 18-inch hoops. 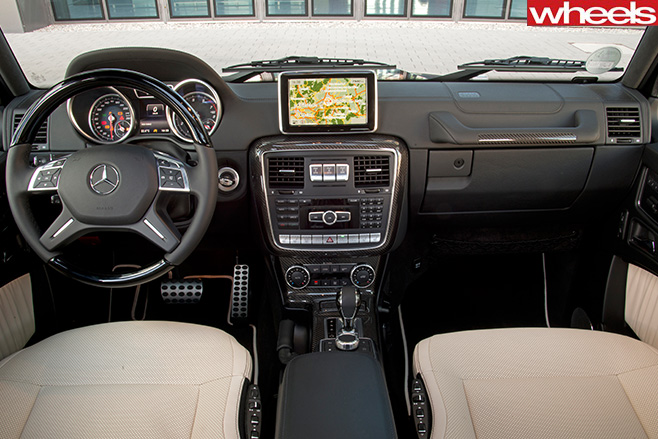 And while the suspension has been tweaked for ride improvements, it’s far from supple, with chopping and kicks over moderate imperfections. Body control is not a strength of the G-Class, although the 500 now comes with optional dynamic dampers to tighten things up.

Other G downsides remain. For such a big, boxy truck it’s tight for space, with rear legroom particularly tight. And it doesn’t have the elegant ergonomic flow of Benzes designed in the last few decades; ventilation controls are low on the console, everything is upright and in your face, and the door handle is a fumble away. Even finding space for a phone is a challenge, which is perhaps no bombshell given mobiles didn’t exist when the G was spawned.

Off-road, though, is where the G sparkles. While it lacks the adjustable ride height and downhill assist control of fresher four-wheelers, it has the hardware to ensure that little will halt progress. It towers high off the road and has solid metal components to protect anything sensitive underneath.

Whatever it loses on-road it makes up off it. The G is an astonishingly capable machine.

And therein lies the appeal of an ageing – but enduring and ever popular – stalwart of the world’s toughest tracks. The G is a dynamic disaster and as politically incorrect as any. But it’s an eye-opening riot to drive, and one that musters character-laced appeal that many new cars can’t begin to approach. 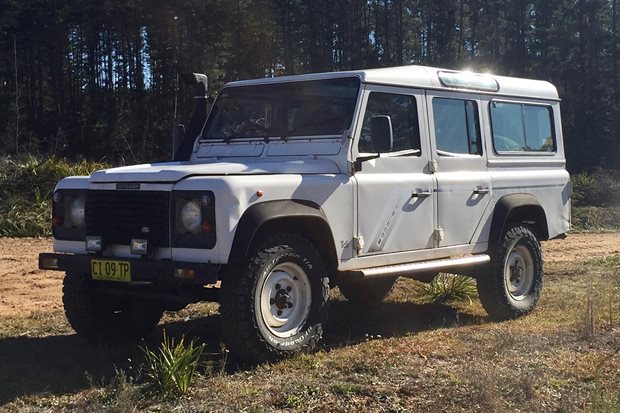 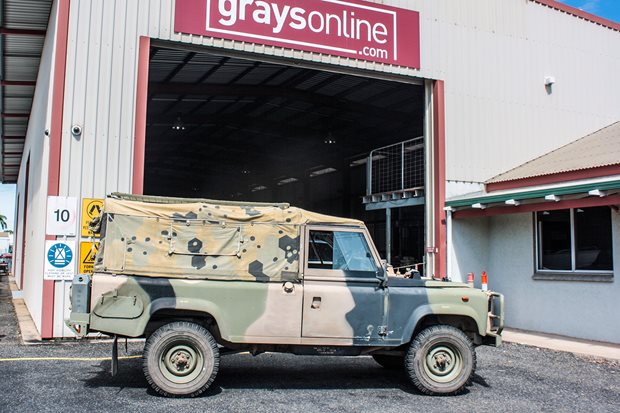 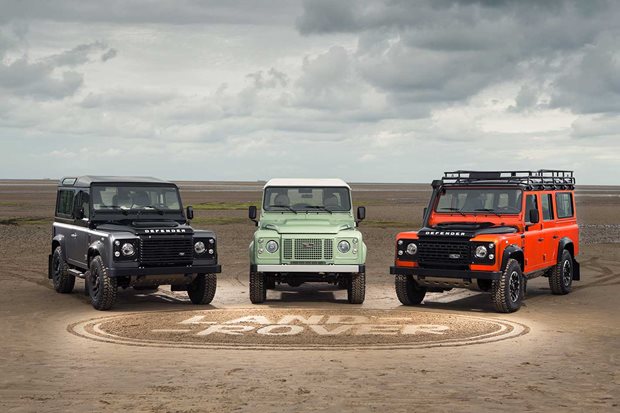 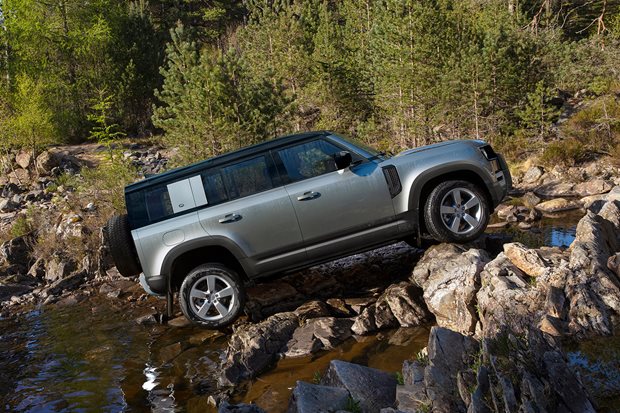