Remember the old SL55 AMG? In hero silver with multi-spoke wheels, it was once splashed across a poster in MOTOR.

It’s always a bit unfair to compare two cars from totally different eras – of course the SL500 should be better given the passage of 14 years. In some ways, considering the progress of most other performance cars, it should be even faster than it is. 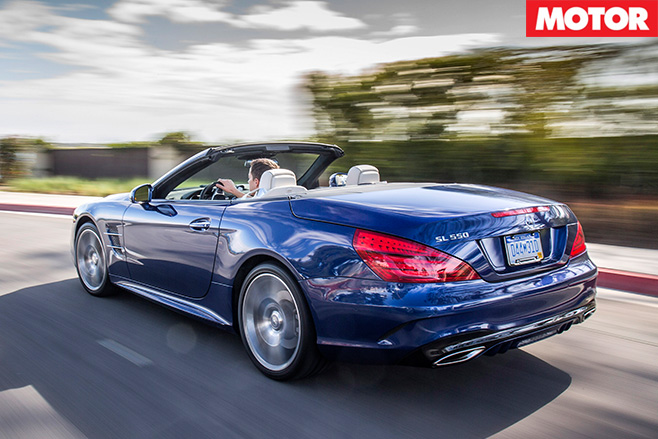 Mercedes can't be criticised for scrimping on the spices with the SL500 though. It's just released a new one and it’s even faster than before. Cosmetically the front end is totally new, copping Merc’s new corporate styling DNA. The bum is largely the same as old model.

The burly 4.7-litre twin-turbo M278 V8 has powered up by a token 15kW, now 335kW, torque unchanged at 700Nm. But the big news mechanically is a new nine-speed torque converter auto.

Presumably its more tightly-stacked ratios, and snappier upchanges, are to thank for the hastening of acceleration from 4.6sec to 100km/h, to a now bordering-on-silly 4.3sec. And all for less fuel, too, the big Merc benefiting not only from lower ratios at cruising speeds but also a new sailing function, the engine decoupling downhill and off-throttle to save 0.4L/100km, now 9.0L. 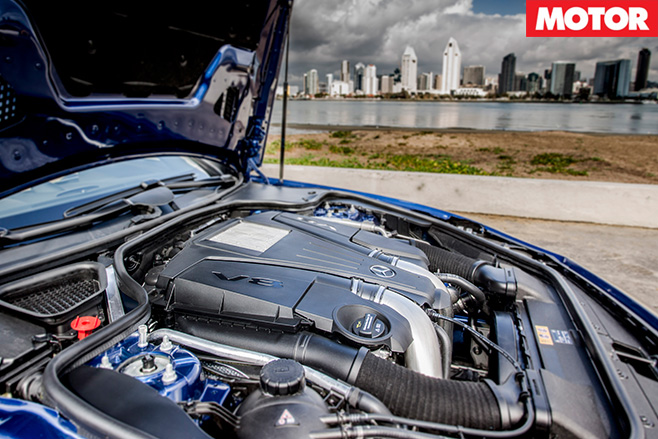 A first for SL500, there’s also a Sport Plus mode, which comes with a more lenient ESP setting, and tenses up the hydraulic Active Body Control suspension, a system mainly designed to improve ride comfort, but also does away with swaybars by shifting hydraulic fluid from corner to corner to resist roll, dive and squat.

The SL500 misses out on ‘Curve’, the system on SL400 that tilts the suspension into corners, more a comfort than performance feature. Much like the old one the SL feels big around you, a long bonnet extending outwards, and as you attack the first few corners it can be difficult to pick an initial steering input, and you never quite nail it. Of the performance droptops there are easier front ends to point.

The SL500 attacks corners with competence and owing to its fat Pirelli P-Zero rubber (255 front, 285 rear) can carry impressive speed. But unless you’re the kind of driver who goes through rear tyres twice as fast as fronts, it makes its progress in a more functional than enormously fun manner. 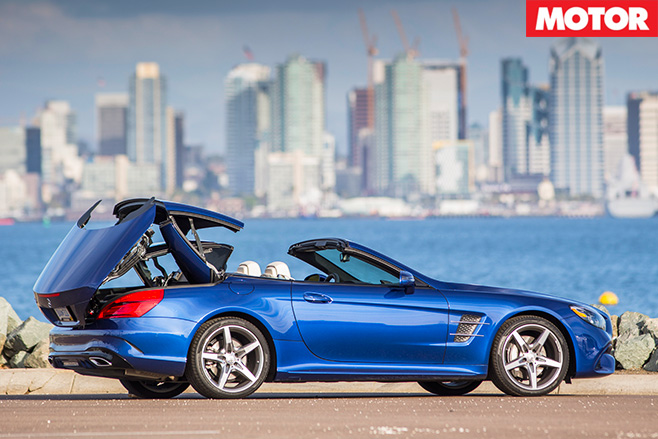 If it’s a sunburnt head and a driving itch you’re looking to scratch we might steer you towards a Ferrari California T or Porsche 911 Turbo Cabriolet. But the SL500 doesn’t purport to be a direct rival for either of these cars and Mercedes knows many owners who want a hardcore driver’s convertible will likely have one parked in the garage beside their SL anyway.

Instead the SL500 is made for lapping boulevards and it’s this brief it nails. It rides beautifully despite rubber band tyres and even with the roof down at highway speeds the interior remains serene and breezy.

And in a straight line it’s still frightfully fast. Owing to its twin turbochargers the SL500 is more torque monster than redline screamer, there being no enormous reason to extend the car to its 6250rpm limiter. 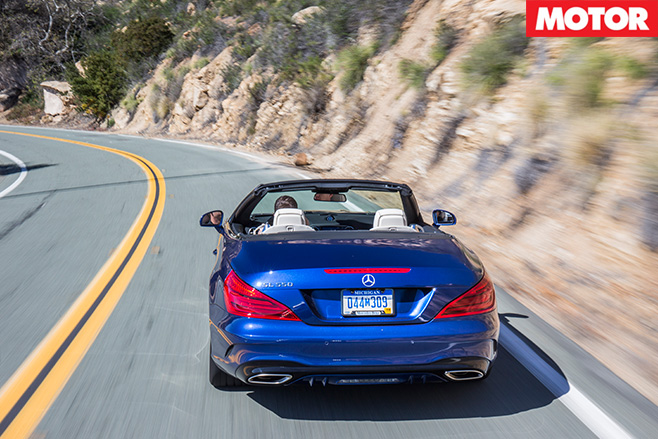 From off idle there’s a glut of torquey, lazy V8 grunt. Boot it and you’ll be pushed back in the seat, the traction control working overtime as the big Merc tries to shred its rear treads in first and second. Beyond that, it’ll keep going long after your licence has left its comfort zone. The new tranny also grabs gears impressively quickly.

Sound-wise, the SL500 mixes menace with restraint. It burbles in a lower pitch, gurgling a V8 note as you potter about town in the lower revs. It’s not as brash as its SL63 bigger sibling but the exhaust note is still reason to fold the roof down. The facelifted SL500 goes on sale in Australia in July. SL55 AMG owners, consider yourself warned.

LIKE: Massive grunt; ride; serenity even with roof down; cruising ability
DISLIKE: Hard to place; there are better driver's cars 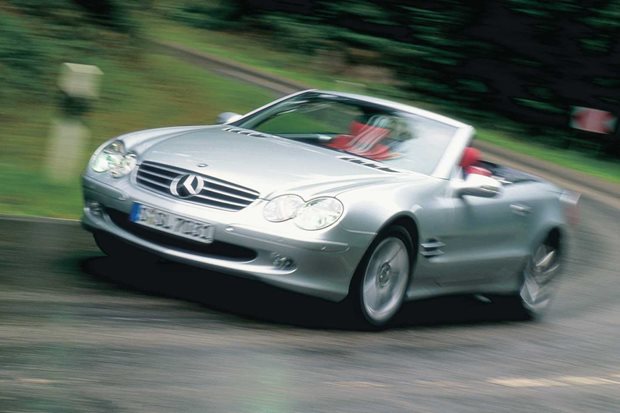 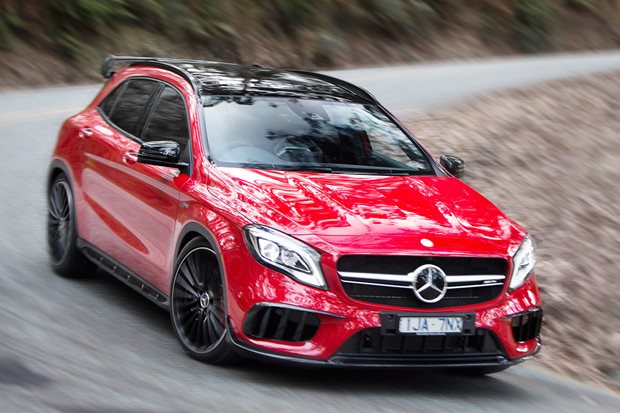 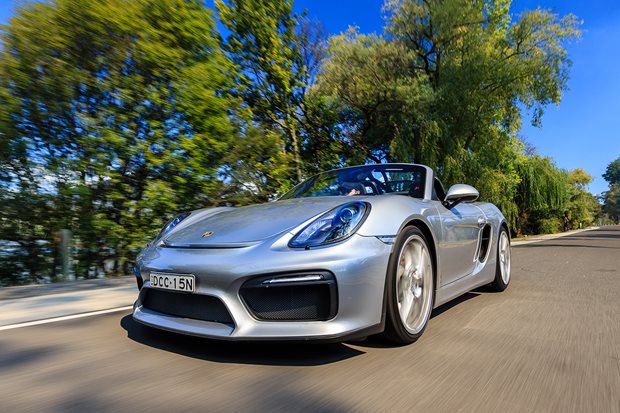 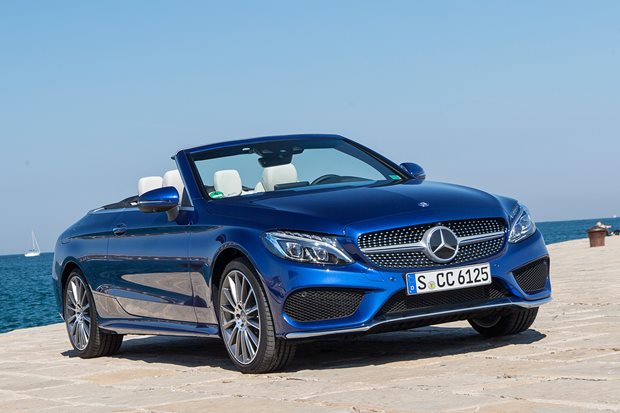 If you fancy a four-seat convertible that offers an attractive design, strong engines and sporty handling, Mercedes’ new C-Class Cabriolet deserves a look 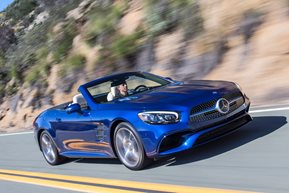