We sneak an early look at a Euro-spec Renault Megane GT ahead of its local launch later this year.

We sneak an early look at a Euro-spec Renault Megane GT ahead of its local launch later this year. It’s a crucial car for the French brand, and promises good things to come.

WHAT IS IT?
It’s the fourth generation of the Renault Megane, a premium hatchback best known for the high-performance RenaultSport versions adored by Aussies. The core model range has struggled to cut through to mainstream buyers in the past, but the new car could change that.

WHY WE’RE TESTING IT
Renault has fitted the Megane GT with a first-in-segment four-wheel steering system and believes this new model is the best equipped and most competitive yet. 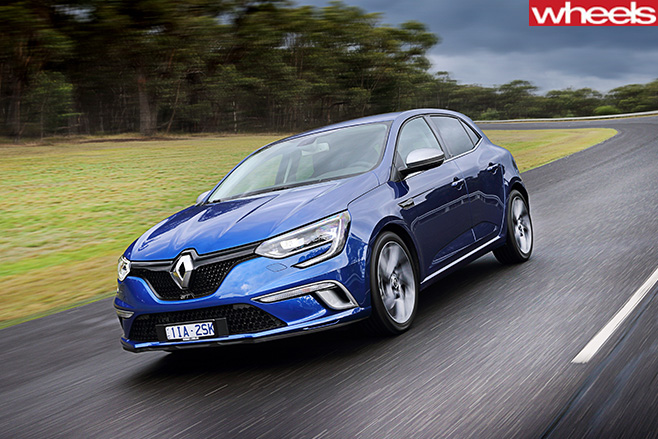 THE WHEELS VERDICT
Renault has delivered a more fully-formed Megane package with remarkable composure and stability. It may prove a real challenger when it arrives in local spec later this year.

THE WHEELS REVIEW
You don’t buy a Renault by accident. This thought runs through my head as I sit at the wheel of a left-hand drive Megane awaiting its run around the high-speed loop at Angelsea Automotive Research Centre in rural Victoria.

Renault Australia has brought four European-spec Meganes around the globe for local staff and press to get briefly acquainted with, ahead of its proper introduction later in the year. It’s clear this car means a lot for Renault. 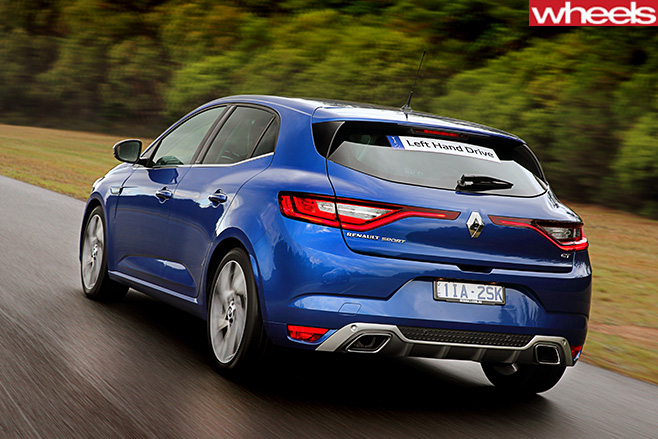 It’s an elegant machine in the metal, carrying design flourishes that separate it from less-brave competitors. LED lighting features prominently, particularly up front where the hockey-stick headlight extensions run down over the bumper bar.

The GT TCe205 EDC tops the core Megane range, featuring a development of the Clio RenaultSport’s  1.6-litre four-cylinder turbo petrol engine producing 151kW and 280Nm. It’s the fieriest Megane outside the potent RenaultSport models that are still more than a year away, and will compete with other warm hatches like the Peugeot 308 GT and VW Golf 110TSI. A price tag around $40,000 is expected.

The engine is punchy, particularly when driven through Sport mode’s sharpened throttle map. It revs freely as the turbo spools to full boost with a satisfying torque kick. It sounds good, too, though in Sport mode the car’s speakers add fake engine noise to the cabin, which is a gimmick we could do without. 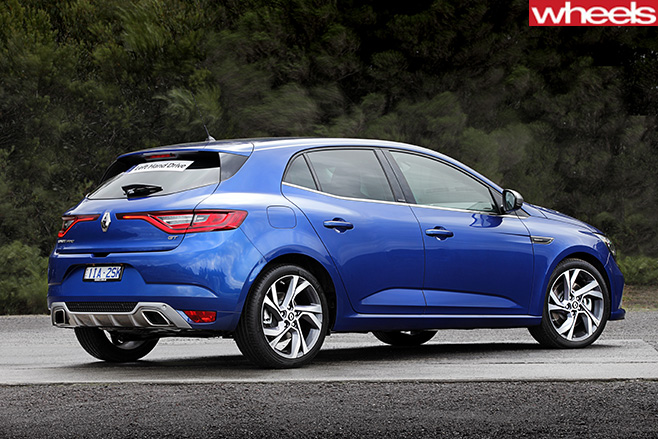 On each short evaluation circuit the seven-speed dual-clutch gearbox is quick to react and slick, something previous Meganes have lacked. The GT has launch control and a multiple downshift feature, accessed by holding the left paddle until the ‘box lands in the desired cog. We won’t know how good it really is until we can conduct a proper local test, but the signs are promising.

A first-in-segment four-wheel steering system called 4Control has been added to the GT. At low speed the rear wheels turn in the opposite direction to the fronts, giving a sensation of the car turning from the middle. It’s surprisingly natural. On a tight handling demonstration course the 4Control system was immediately responsive and added considerable pointedness to the front end.

Run the speedo up above 60km/h (80km/h in Sport mode) and the 4Control system swaps to turn the rear wheels in the same direction as the fronts. At highway speed the feeling of stability is remarkable. For the most part, 4Control is undetectable, adding a level of surefootedness without muddying the drive experience. Only sharp mid-corner adjustments bring out a bit of ‘bendy bus’ behaviour. 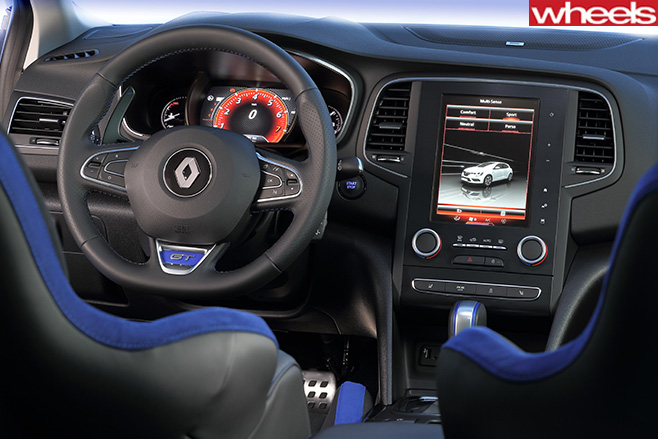 Renault’s effective new steering is a welcome extension to the Megane’s poised ride and handling. Body control is particularly impressive. The GT recovers quickly over big heaves in the road surface and has an overall sense of composure, as though it would easily allow you to carry more speed through corners than the local constabulary would.

The body itself is bigger and more rigid than before, housing a longer wheelbase and wider wheel tracks. It’s more spacious inside with notable improvements to leg and knee room in the back seat, where second-row passengers get generous headroom and their own air vents too.

Interior appointments are on par with others in the Megane’s class, though the sophisticated cabin lacks the premium finish of a Golf. A fully digital TFT instrument display is a great addition and well implemented with unique graphics for each of the five drive modes – Comfort, Sport, Eco, Neutral and a user-customisable mode called Perso. 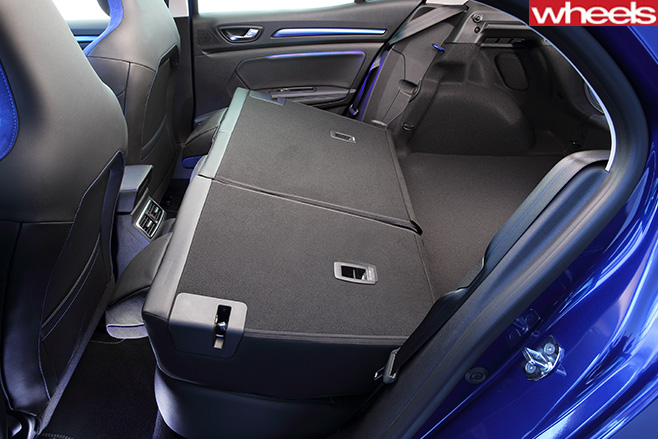 The GT’s low profile 225/40/18 tyres easily manage its accurate road holding without detracting from the compliant ride, but they do rumble over coarse-chip roads. Wind noise around the A-pillars at highway speeds was the only noticeable disturbance in an otherwise well-insulated cabin.

Megane has typically found favour with people attracted to its individuality and ability to stand out from the crowd, particularly in the case of the second-gen’s polarising, booty-licious backside. To buy a Megane is to make a deliberate decision not to buy anything else.

The new car is more accessible and potentially more competitive, depending on local specification and pricing, which will be announced closer to its Australian launch in September. Certainly this early first impression suggests the new Megane has the best chance yet of cutting through to mainstream buyers in Australia.