If your garage has room for an ultra-luxury, four-seat convertible, the Rolls-Royce Dawn is the new must-have

Rolls-Royce Dawn goes straight to the top of the ultra-luxury, four-seater convertible class.

WHAT IS IT?
A Rolls-Royce Wraith without the fastback roof or engine performance tweaks. Picture the twin-turbocharged, V12-powered, hand-crafted four-seat convertible you’d be driving on the Cote d’Azur, or in Santa Barbara, or on the shore of Lac Leman. Now transpose that to pollution-choked Beijing or Dubai. The Dawn is that car.

WHY WE’RE TESTING IT
The Dawn fills the convertible role of the Phantom drophead coupe, which will vanish (along with the current-generation sedans) later this year. Dawn masterfully marries traditional Rolls-Royce grace with unexpected colours and materials and some of the up-for-it-ness of its naughty sister, the Wraith. 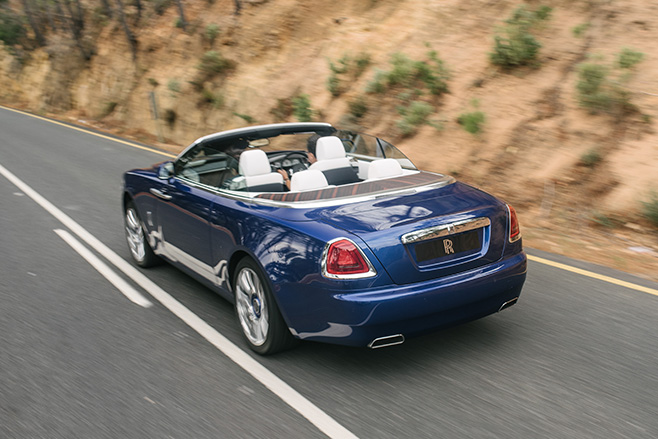 THE WHEELS VERDICT
Probably the only true four-seater convertible, and one that magically elevates a top-down journey to something more than just driving

THE WHEELS REVIEW
“IN THE case of the new Rolls-Royce Dawn, 2+2 does not equal 4.” Thus quipped Rolls-Royce design director Giles Taylor of the convertible that shares many of its underpinnings with the brand-bending Wraith coupe.

He meant that “four-seater” convertibles usually aren’t. Having driven the Dawn at its launch in South Africa, we tend to agree that it’s one of only two cars deserving of the description – the other being the outbound Phantom Drophead Coupe, which the Dawn effectively replaces.

To those who can afford it, the Dawn will be worth every renminbi, riyal or dirham. It not only changes the game for Rolls-Royce’s interior and exterior design, but delivers a unique experience that transcends normal motoring. 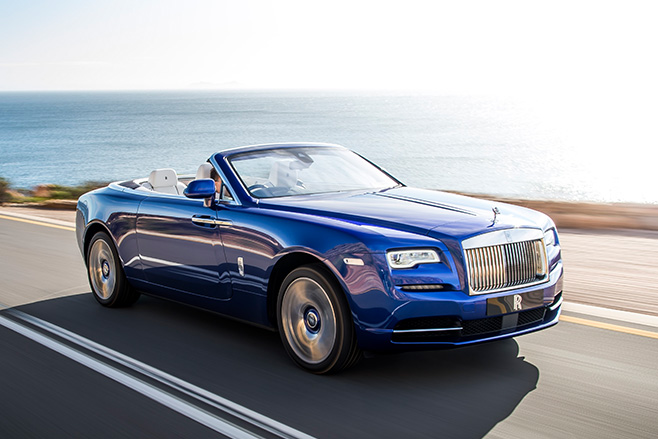 The chassis strength engineered-in for Rolls-Royce’s characteristic rear-hinged doors supposedly gives Dawn a structural head-start, but extra sill reinforcement and the roof itself – impeccably tailored (German, not British) in six layers – still contributes to a whopping 200kg gain over the Wraith coupe.

Dawn eschews the more powerful Wraith version of the 6.6-litre, twin-turbo V12 for the Ghost II’s standard outputs of 420kW/780Nm. No complaints there: Dawn silently teleports itself to 100 km/h quicker than a new Mustang GT auto.

Anyway, if a Dawn owner wants to get somewhere faster – or slower – there’s almost certainly a Ferrari or Phantom in their typical seven-car collection.

No-one should be quick to dismiss it. Progress is majestic and spookily silent, helped by the GPS-linked eight-speed auto that anticipates hills and corners. Despite the light steering and controls, the sensation is more heavyweight sports-sedan than hi-po SUV, with a truly well-controlled body, masses of grip and a fast highway-hauling confidence bordering on arrogance. 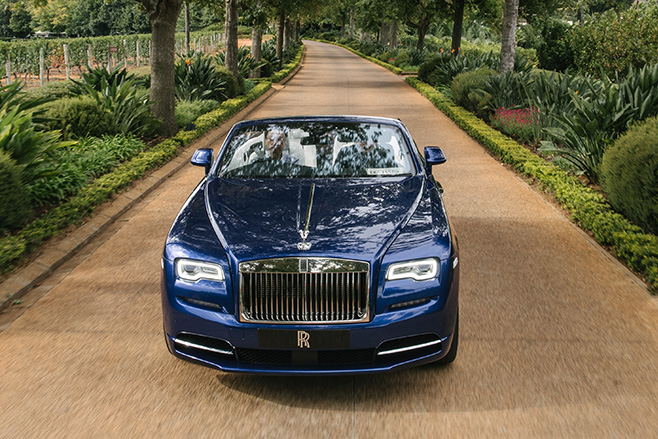 With windows and roof down – a 20-second operation, at anything up to 55km/h – it gets a tad blustery in the front, though our car lacked the available wind-blocker screen.

In the spacious rear seat, which lacks any compromise in terms of backrest angle and legroom, the ‘high-collared’ seating position can’t diminish the buffeting that gets tiresome beyond about 80km/h.

For all its delights on the open road, you’d still prefer to pay someone to pilot it through inner-city streets and double-park in loading zones.

A much appreciated, if mysteriously unseen, feature of the cars on the launch was an ‘auto-180’ parking function. None of the dozen-odd Rolls-Royce staff standing sheepishly around after each restaurant stop was able to explain it.

There again, nor can anyone adequately explain the unique ambience when riding roof-down in the Dawn. The effortless ride, the bright leathers and the open-pore timber panelling make it feel like a recreational outing in a wooden speedboat, or a vintage aeroplane. Yet this is a hugely competent and comfortable motor car. Somehow, it doesn’t add up. 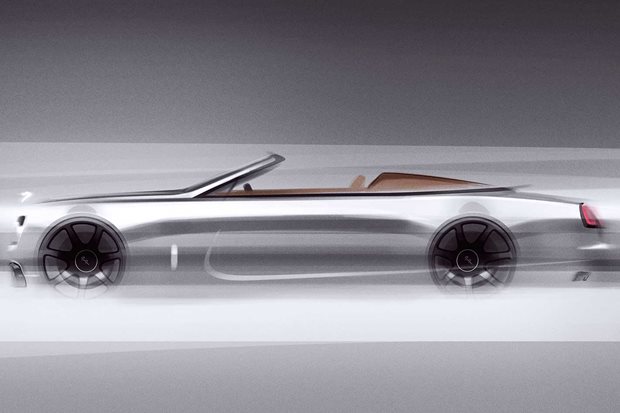 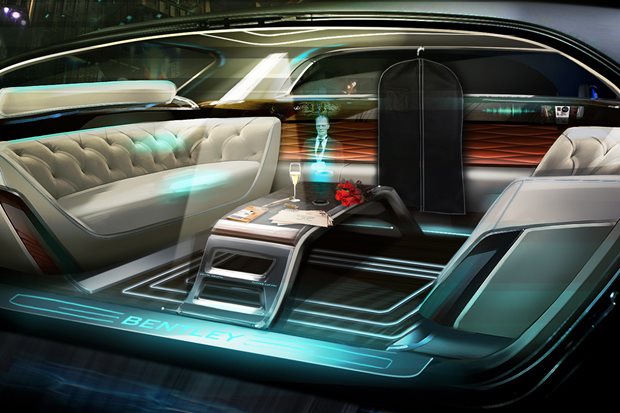 Bentley’s take on the driverless limousine

Holographic ‘driver’ could be the future for the luxury car brand, although Bentley is not looking to ditch the driver in a hurry. 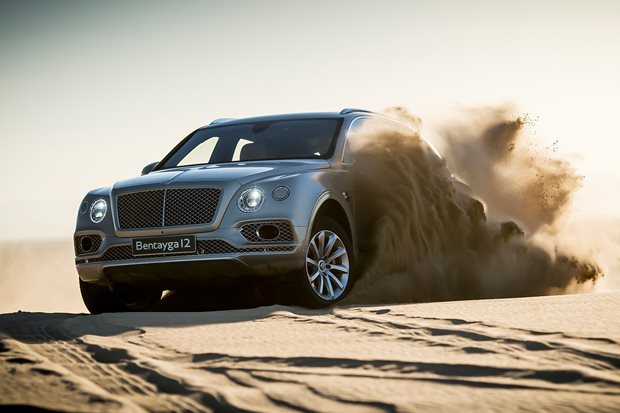 Bentley claims no other SUV - indeed, no other car – is as broadly capable as the Bentayga. Are they close?