Mellow gets a spring in its step

You can’t accuse Subaru of missing a trend.

Long before SUVs heaved their oafish bodies into the gym, various Foresters – first the 1998 GT, then the 2003 XT – had been pumped with performance parts and gathered loyalists in the process.

Then the Fozza grew up and today’s XT is the first without a bonnet scoop or a manual (and with only a dreaded CVT). It blended – or blanded – into the scenery, and with a 2.0-litre turbo boxer four from the WRX detuned to make 177kW (down from 197kW) and 350Nm, its claimed 7.5-second 0-100km/h time is slower than that of previous generations. 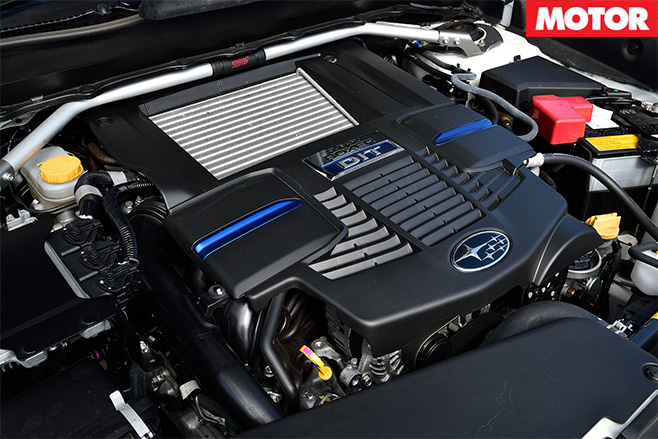 On the surface, this limited edition Forester tS looks like a sticker-pack special, particularly given that STI badges tally six outside and five inside yet drivetrain changes amount to nil. But this XT Premium-based Forester is one for the original fan base, rather than for more sedate family-focused buyers.

It looks a bit JDM-cool on the outside, with pink licks on the front grille and rear diffuser, black mirrors and lower front spoiler, and multi-spoke Enkei 19-inch alloy wheels (up from 18s) with cheeky red Brembos behind them.

Under the skin there are new STI-sourced inverted dampers with 15mm-lower coil springs and flexible draw stiffeners, while the front gets a tower-bar brace and new stabiliser bushings, with extra subframe support for the rear. 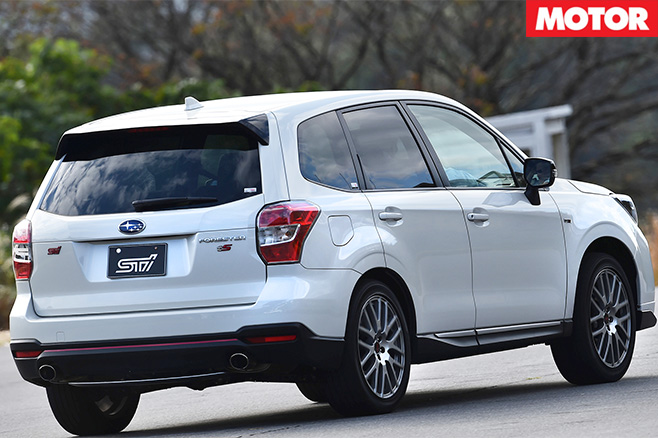 The changes hit rewind on Subaru’s attempt to make the latest Forester a more liveable proposition, primarily because urban ride quality turns lumpy (although crucially the ride is never harsh).

On twisting tarmac, however, it feels like the fast-forward button has been thumbed, with the tS delivering new-found front-end sharpness teamed with reduced bodyroll all round. The tweaks support the variable all-wheel drive and torque-vectoring systems, so this souped-up Subie SUV can be bullied through successive changes of direction without flinching.

Even when the average Bridgestone Turanza rubber starts to squirm, there’s decent adjustability on or off the throttle – although the stability control could have a more lenient, sporting tune. Even the steering now feels tighter just off centre, though it remains too slow. 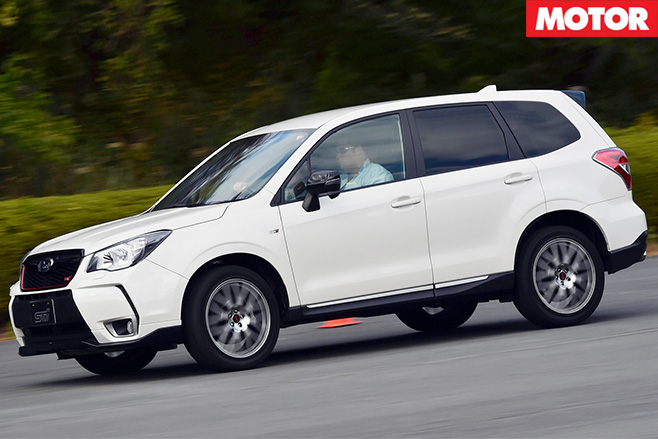 The Forester tS feels brisk rather than fast, its eight-step CVT smooth but uninspiring and the muted and linear delivery adding to the case for extra boost in a chassis that can now cop it. But that might be too old-school for this grown-up model.

Not that the tS feels premium for the price. A surprisingly characterful SUV it may be, but Subaru is asking $54,990 plus on-roads – $7K beyond an XT Premium. With a smallish boot and an Impreza-derived dashboard, the value equation disappears with the panoramic sunroof that’s swapped out for sports buckets (and they’re still too flat).

Any comparison with a similarly priced Commodore SS-V Sportwagon is valid but cruel. And that leaves this Forester tS as most definitely one for welded-on loyalists. 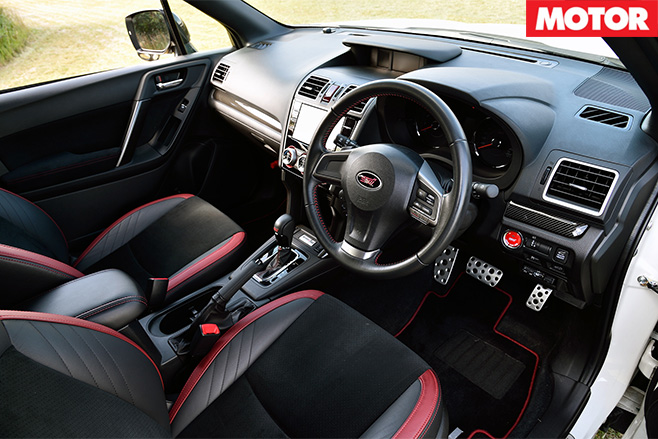 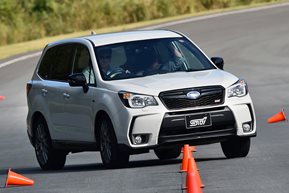