Substantial tech upgrades for Audi’s sporty small hatch and sedan offset a slight price rise, to give an already-sharp package a new edge.

WHAT IS IT?
The Audi S3 is Audi’s accessible C-segment performance offering, and a consistently popular model within the broader Audi A3 line-up.

Now halfway through its lifespan and the recipient of a cosmetic nip n’ tuck, the 2017 S3 range – which includes manual and automatic sedan and hatch variants – gets a minor power boost and an extensive standard equipment upgrade to keep it competitive. 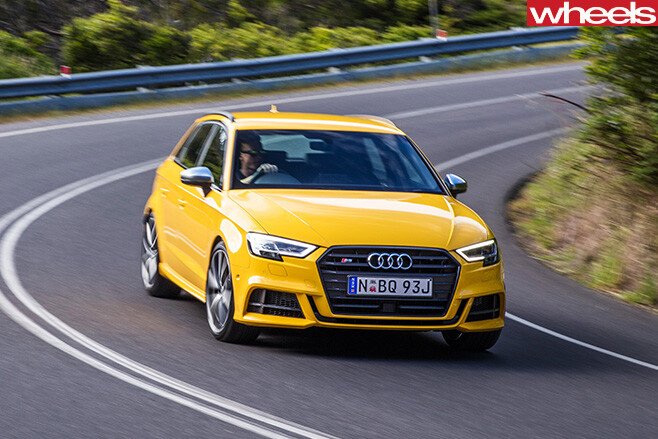 THE WHEELS VERDICT
The current-generation S3 arguably had the formula right from the beginning, but new equipment for 2017 adds a sharper edge to the S3 Sportback and Sedan’s offering. Performance upgrades are relatively minor, but buyers will relish the added tech. 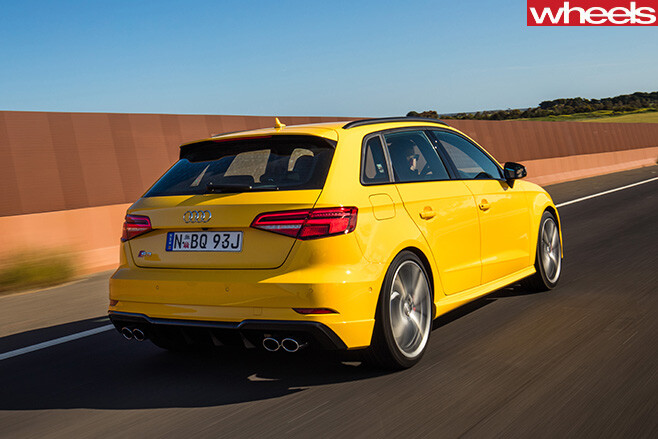 THE WHEELS REVIEW
The Audi S3 has received its first major facelift, but that word – “facelift” – is perhaps a bit unkind to the S3. It suggests that something was wrong in the first place, that something needed correcting.

And that’s not exactly true of Audi’s popular all-paw hot hatch. It didn’t necessarily need to be changed, but Audi’s gone ahead and done so anyway. The A3 is entering middle age, after all – there are bound to be a few small wrinkles here and there. 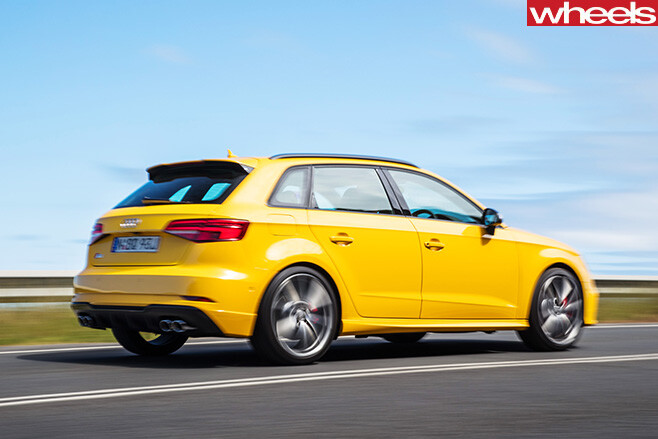 But happily Audi’s tweaks are largely enhancements, not corrections. The styling has been updated with new headlamp and tail lamp graphics, new exterior plastics, new wheel designs (18s being standard on the S3) and a range of interior updates including a new perforated leather steering wheel, and Audi’s jaw-droppingly cool Virtual Cockpit electronic instrument panel.

Even the engine is largely untouched; gaining a paltry 3kW and precisely zero Newton metres to bring outputs to 213kW and 380Nm. Did it need more grunt? Not really, though the fact that Euro-market S3s make 228kW and 400Nm stings us a little. 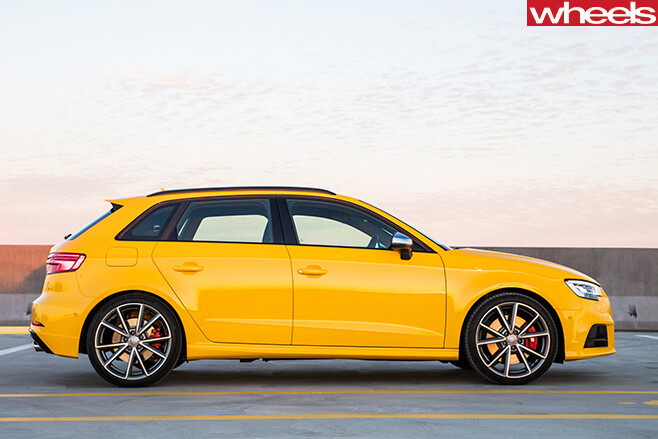 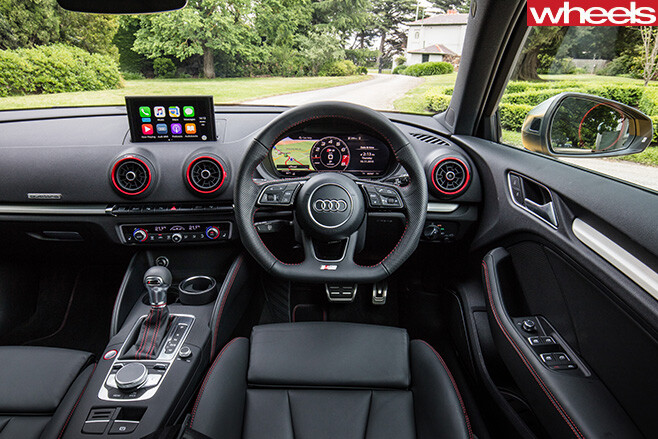 It’s ultra-rapid in seven-speed dual-clutch automatic guise, with a 0-100km/h sprint of 4.8 seconds being 0.2s quicker than the 2016 model. Fancy a little more driver involvement? A six-speed manual is a no-cost option, though it adds 0.6s to the zero-to-hundred time.

And that electronic instrument panel is no gimmick either. For the S3, Audi has bestowed a sports-oriented default layout with a large central tachometer, and clear digital speed readout in the middle. When hurtling from corner to corner, it’s ideal for keeping tabs on how close you are to shredding your licence. 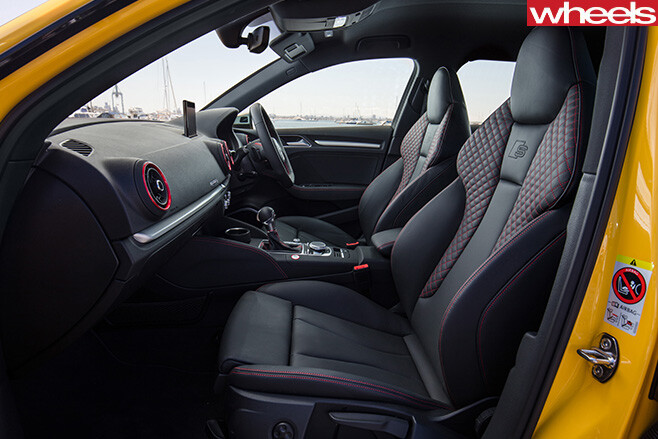 What isn’t so ideal is the S3’s refusal to hold gears in manual mode. Did you brush redline with the shifter tipped into the sequential-mode gate? Too bad, it’s gonna upshift. Accidentally push the accelerator past the kickdown switch? The car doesn’t care that you wanted to keep a taller gear, it’ll downshift on its own.

The standard suspension is also relentlessly firm. It’s worth splurging extra to get the optional Magnetic Ride dampers – they iron out bumpy roads so effectively, it makes an S3 shod with 19s feel more compliant than a base model A3 on 16-inch alloys.

And specced as such, it’s a do-it-all device that’ll blast up the side of a mountain and take you to work and back without any complaint – all while packing space for four adults and their luggage.  It’s as versatile as it’s ever been, and that’s why we love the S3.