The first fast version of Audi’s all-new B9 A4 range flies under the radar, very quickly.

MORE power for less money. The first fast version of Audi’s all-new B9 A4 range flies under the radar, very quickly.

WHAT IS IT?
This is the first performance iteration of Audi’s all-new B9 mid-sizer, and the most affordable and powerful Audi S4 ever. With a brand-new engine it sits between the everyday Audi A4, which finished in the final three at Car of the Year, and the extraordinary Audi RS4, an updated version of which is soon to be officially announced.

WHY WE’RE TESTING IT
The B9 S4 debuts an all-new 3.0-litre turbocharged V6 engine that will make its way into other models, including S5 and Audi SQ5, in the near future. As the first properly fast version of this A4 generation, it’s the best indicator of what is yet to come. 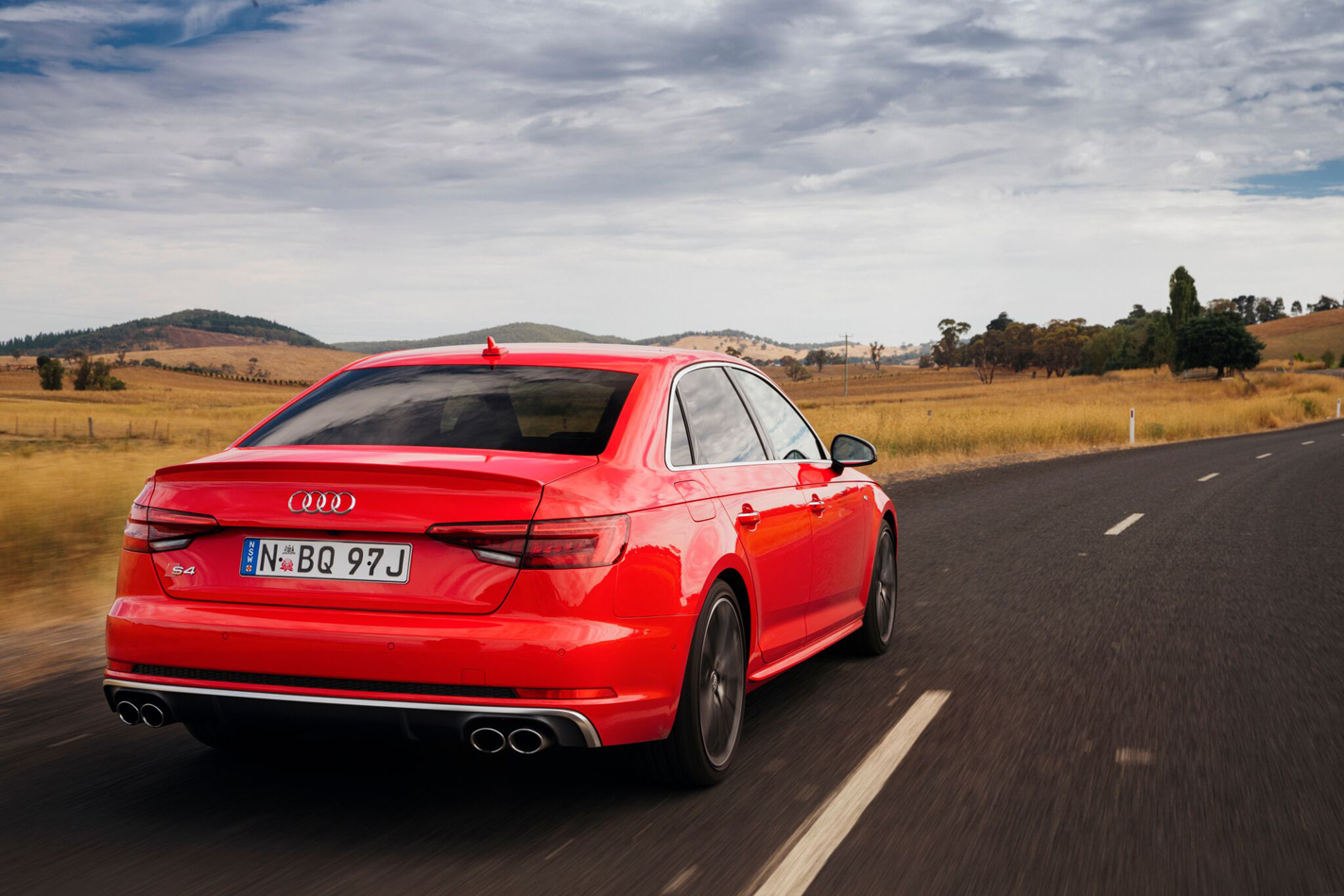 THE WHEELS VERDICT
Beautifully finished mid-sized sports sedan with a polished and powerful engine that melds with excellent dynamics to form the most capable S4 ever, though some of the old car’s attitude has been lost.

THE WHEELS REVIEW
ON PAPER, Audi’s suave halfway house S4 sports sedan has it easy: add performance to the most dynamically polished A4 ever produced, and leave something in the clip for the full-noise RS4 still to come.

In one way it’s a tease – much like its launch, which took place at Mt Panorama without any track time – but lap records aren’t the stealthy Audi S4’s main game. 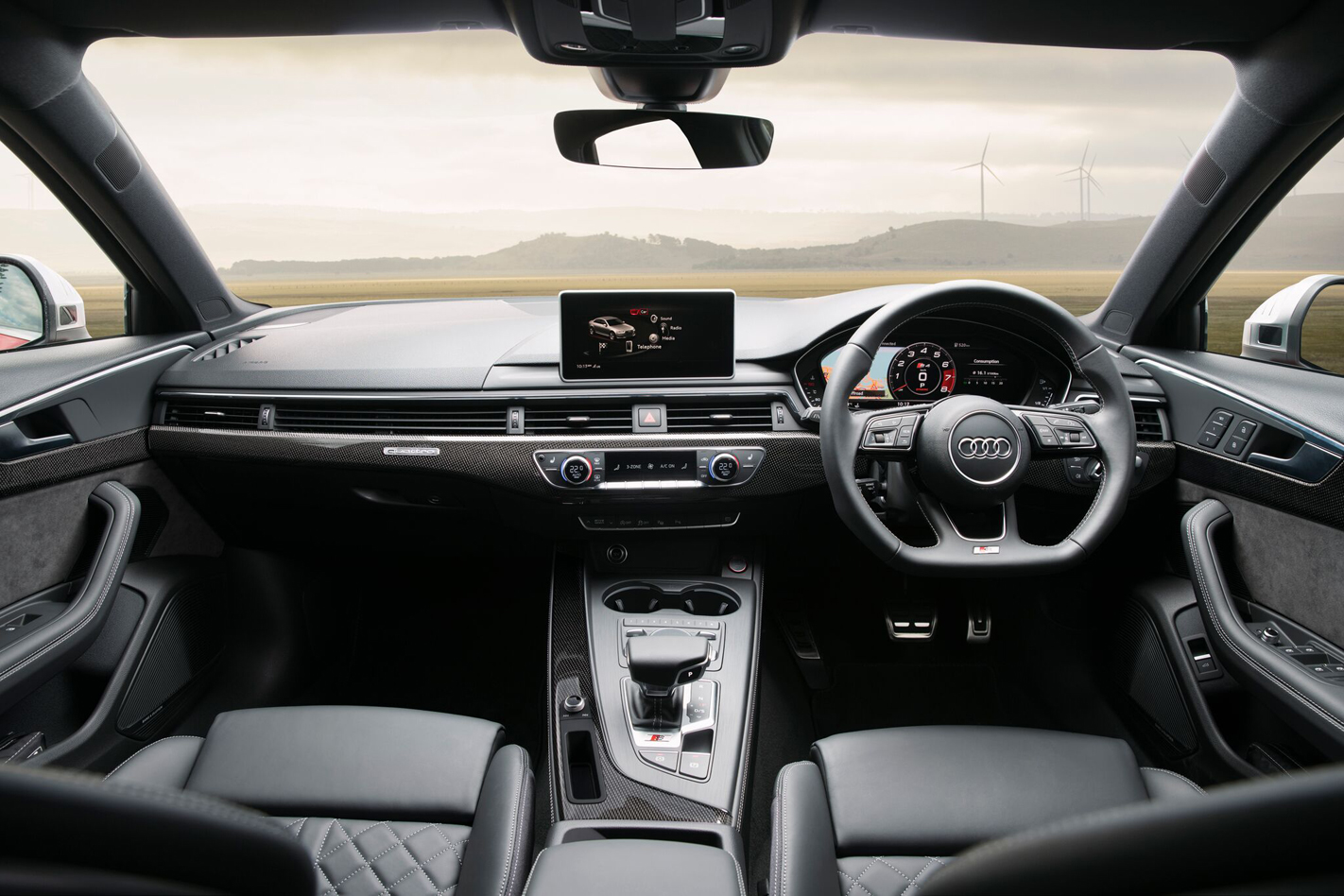 Peak torque arrives earlier and hangs on longer (1370-4500rpm), bringing 100km/h up in 4.7/4.9sec (sedan/wagon). It’s properly brisk, and in isolation has a sporty, cultured exhaust note in keeping with the S4’s newfound gentility.

It’s a personality switch from the snarling induction roar and top-end urgency of the old blown V6, which spun 1000rpm further to 7500rpm. That shift in focus extends to its silken eight-speed torque-converter auto, which is easier to live with and more efficient than the seven-speed dual-clutch it replaces, though not as razor-sharp.

Priced at $99,900 for the sedan and $102,900 for the wagon, this is the most affordable S4 ever, especially when factoring its high level of standard kit. Interior detailing is impeccable, and the S4’s digi-dash gets an S-specific layout with a central tachometer and speed readout. 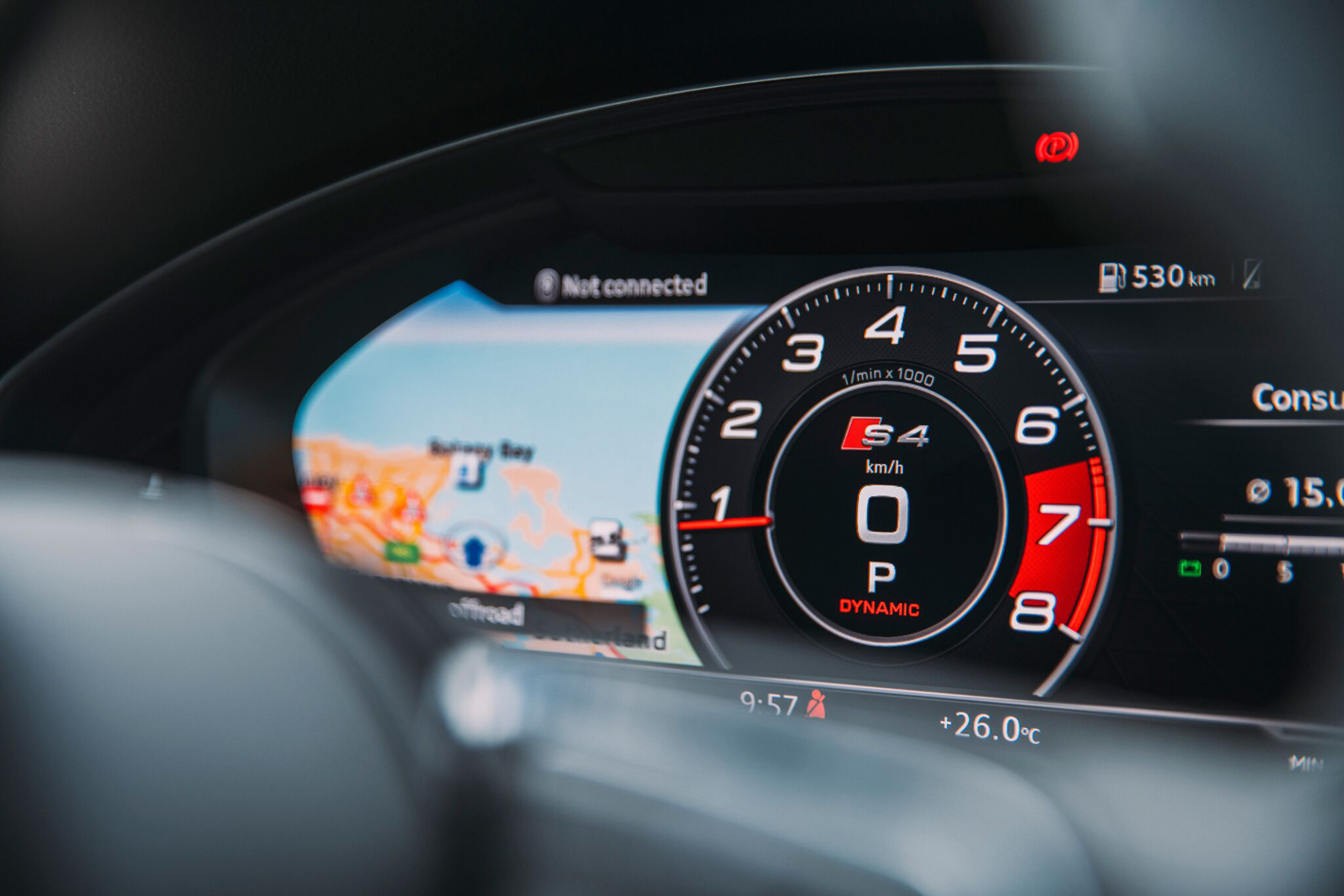 Every available driver assist is standard, leaving the Quattro Sport diff as the most worthwhile box to tick, for maximum traction under power. Even if you don’t shell out for the tricky diff, the standard S4’s clever AWD offers huge grip. A unique torque management calibration gives the S4 a more rear-driven flavour than vanilla A4s, and is able to channel up to 85 percent of twist to the back.

There’s no need for Audi’s overly sensitive (but thankfully optional) dynamic steering, though. The lesser A4 is already deliciously pointy, and the S4 builds on its fundamental agility. Only an occasionally lumpy ride, even with adaptive dampers at their softest, goes against the normal A4’s plush cohesiveness. 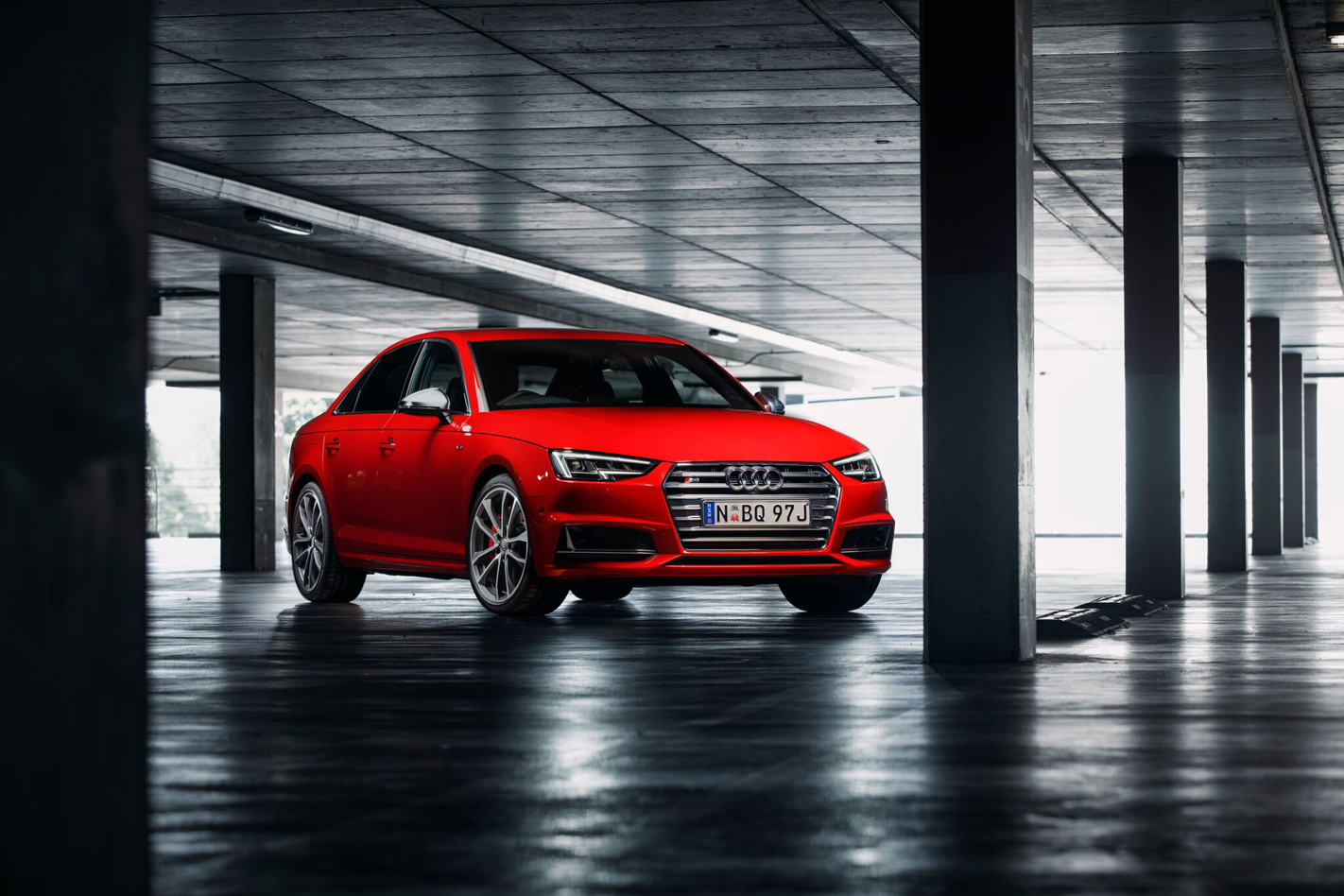 LED lighting, 19-inch wheels and distinctive bodywork lend visual sophistication but the 2017 S4 is less overt than its predecessors.

Though it downplays its sportiness the Audi S4 is more capable than ever. Its ultra-polished engine has serious strength if you want to find it, and the underlying balance of its chassis bodes well for future fast Audi mid-sizers. 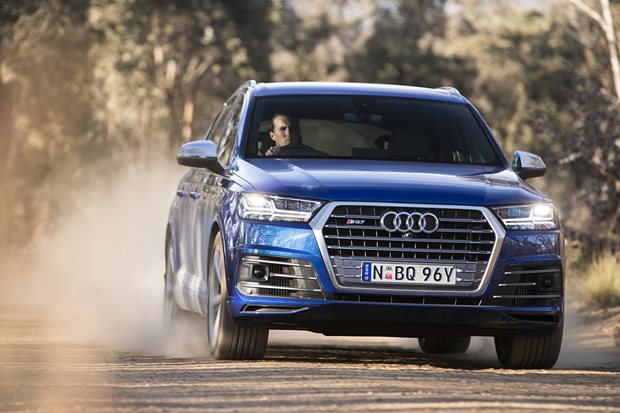 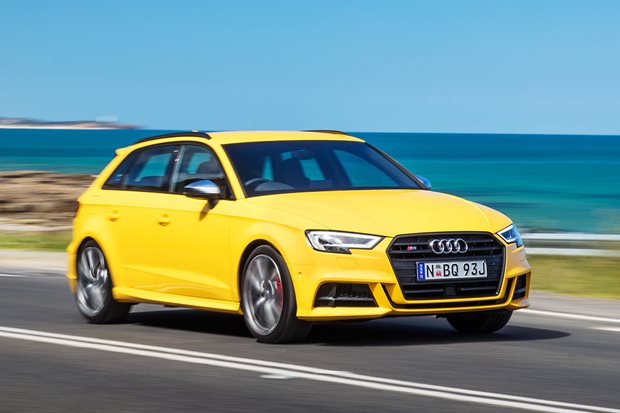 Substantial tech upgrades for Audi’s sporty small hatch and sedan offset a slight price rise, to give an already-sharp package a new edge. 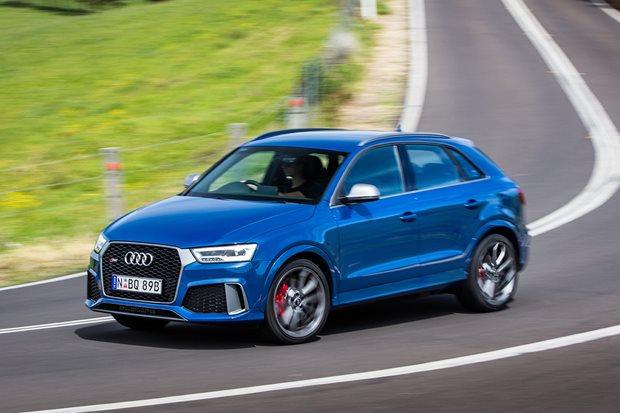