Ford gifts its roomy, comfy and sporty mid-size SUV with a new name and a new lease on life

FORD… what on earth were you thinking?

Back in 2013, you launched one of the safest, roomiest, comfiest, sportiest, and most practical medium-sized SUVs out there.

But then you mucked it all up with a weird made-up name that some people frankly felt uncomfortable with… no, not Trump, but Kuga. Sales never hit the heights that the car deserved.

Welcome, then, to the 2017 Ford Escape. An old name revived for the Kuga facelift, will it finally give one of our favourite medium SUVs a fighting chance at success?

If legendary Hollywood tough guy John Wayne could make it after changing his name from Marion Morrison, then anything is possible.

ON PAPER
The switch from Kuga to Escape has brought with it a tougher new face dominated by a substantially-bigger grille that’s more in line with other Ford trucks and SUVs, as well as slightly cleaner tail-light treatment behind.

Along with new-look wheels, the result is surprisingly effective in modernising an ageing design. 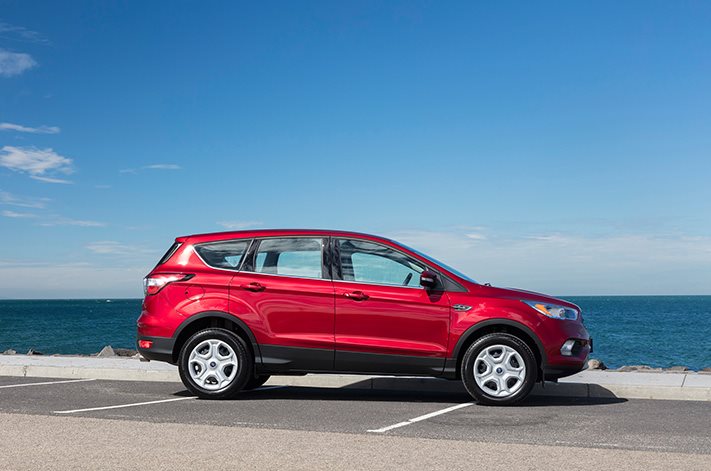 While the 1.5-litre engines remain largely unchanged, the 2.0-litre petrol turbo tearaway has been thoroughly overhauled. Lighter and more efficient than before, it adopts the smaller powertrain’s start-stop tech, to cut consumption to 8.6L/100km.

Towing capacity is between 1500kg and 1800kg depending on whether it’s petrol or diesel, and it’s worth noting that – despite what the new name, AWD badge, and lofty 200mm ground clearance imply – the Escape cannot go off-road at all.

WHY IS IT IMPORTANT?
The really big news is that, compared to the preceding Ford Kuga, the 2017 Escape offers a broader and more complete line-up, as well as representation in the hottest part of the medium SUV market.

Put another way, buyers can now have the popular Trend at a more affordable price, since the newly minted 1.5L FWD variant from $33,000 is almost $4000 cheaper than the old, 2.0L AWD-only version.

Ford has put some work in making the cabin quieter and more refined, with the Trend gaining acoustic window film to cut noise paths, as well as an available foot-operated, hands-free tailgate opener. 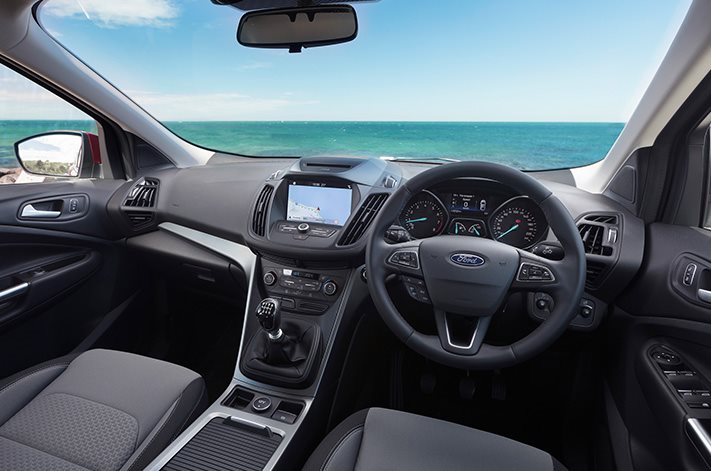 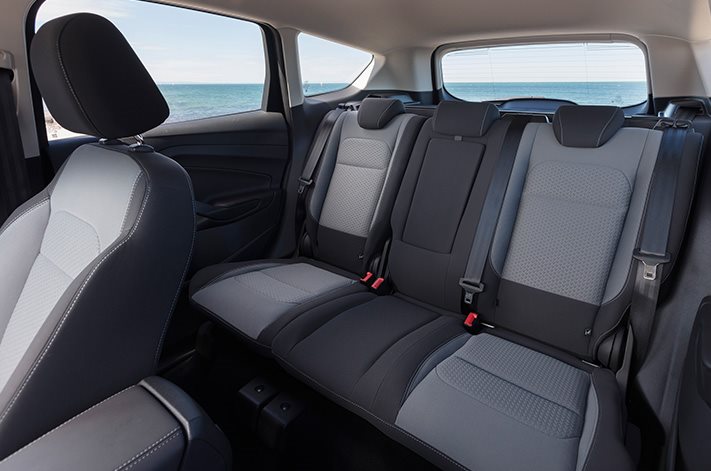 These systems were co-developed with safety-obsessed Volvo when Ford still owned the Swedish brand, reflecting the uniquely European design, engineering, and packaging that the Escape offers in a class that is otherwise almost dominated by competitors from Asia.

So is the increasingly rare manual gearbox availability – which makes the cheapest Ambiente the keen driver’s choice amongst all medium SUVs – not just the Escape range – at a sensational price.

VERDICT
We expected the Escape to feel a bit tired and dated after the rash of recent arrivals like the VW Tiguan.

But with its handsome new nose, upgraded multimedia tech, broader model range (including the cracking base manual), improved refinement, and powertrain efficiency gains on the gutsy 2.0L AWD, the Escape takes over from where the Kuga left off as one of Australia’s most likeable – and fun – medium SUVs.

The new name is just the beginning. 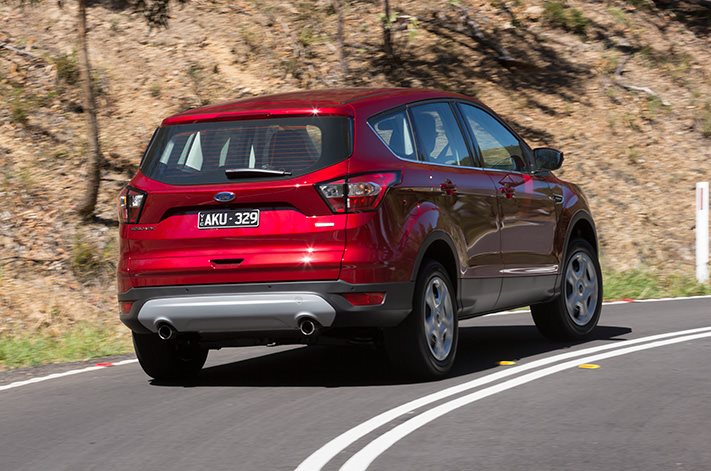