The Astra is back, better than ever, and ready to duke it out with the Koreans, Japanese, French and Germans in the mega-competitive small car segment.

Holden ups its competitiveness in the small car segment with the launch of the latest-generation Astra five-door hatch.

WHAT IS IT?
Astra is an Opel-developed five-door hatchback based on a brand new architecture and offered in Australia with a choice of two petrol-turbo four-cylinder engines, manual or automatic transmissions and three equipment specifications.

WHY WE'RE TESTING IT
Despite the rising popularity of SUVs and pick-ups, small passenger cars remain the number one sales segment in Australia. After both its Korean experiment and building the Cruze locally didn’t work, Holden has opted for the Astra to reclaim its share of the market. 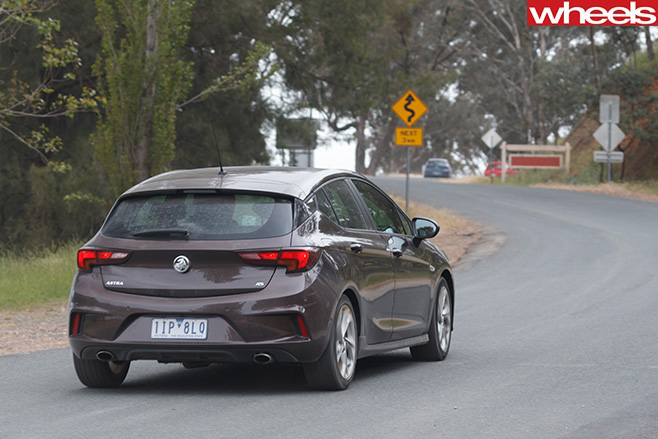 THE WHEELS VERDICT
The all-new Astra is a convincing attempt at an enjoyable, comfortable, premium small car.

THE WHEELS REVIEW
So here we go. Holden hasn’t become an importer yet, but the arrival of the Astra small car is the latest significant milestone on the way to that momentous change for Australia’s automotive brand. 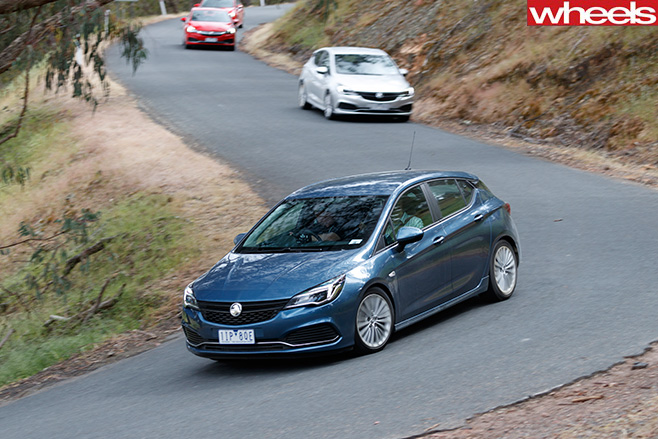 It’s back to the future for Holden with the Astra nameplate. It’s sold five different generations here – the first two were rebadged Nissan N12 Pulsars – while the last three have come from Opel.

The European arm of General Motors also had a crack at selling the nameplate here in its own right in 2012-13, but that foray was built on an unconvincing rationale and ended quickly and badly.

Holden is selling the Astra as a benefit of the transition from manufacturer to importer. Without the need to keep the assembly line rolling at Elizabeth it can pick and choose what models it wants from the global GM larder.

And in this case it’s chosen well. Astra raises Holden’s competitiveness in the largest new vehicle segment of them all from also-ran to potential gold medallist. This car has the all-round composure and sense of quality of the Volkswagen Golf, steers with the clarity of a Mazda3 and rides with the suppleness of the Honda Civic.

There’s nothing revolutionary about the way Opel – with some input from Holden engineers – has gone about all this. As its Monza concept-inspired looks suggest, it is simply bang-up-to-date. 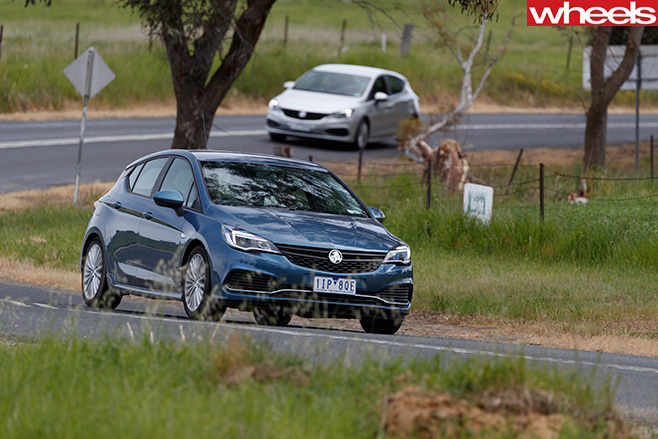 The Astra is based on the new D2XX front-wheel drive architecture, powered by two sophisticated turbo-petrol engines – an all-new 1.4 and an upgraded 1.6 – mated to either six-speed manual or automatic transmissions, up to 160kg lighter than the previous Astra and ekes more room out of a smaller footprint.

The suspension set-up is absolutely orthodox Mac struts and Watts link beam axle, while the steering is electric assist rack and pinion, which like the auto’s shift points and throttle, can be adjusted through normal and sports modes.

Flinging both the 1.4 and 1.6 along some winding roads north of Canberra during the local launch reminded us just how much fun a well-sorted, lithe and moderately powered vehicle can be.

Torque vectoring by brake, an acute steering tune – developed by Holden – and an adjustable, flat-riding chassis helped the Astra happily burrow its way into corners and then pull out nice and hard with the aid of two engines that enjoy a rev. 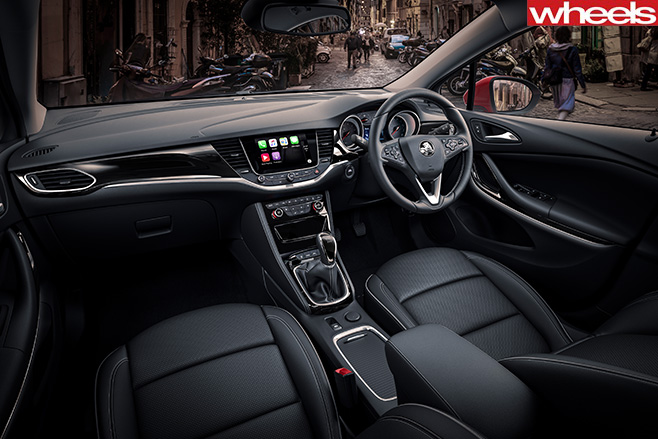 The 147kW/300Nm (including 20Nm overboost) 1.6 is the star of the show, while the 110kW/245Nm 1.4 has to be worked that bit harder. In fact, the auto version really needs to be in Sport mode to deliver keen-edged response. In normal mode its throttle response is lethargic and the auto oriented towards saving fuel.

Inside, the Astra can comfortably accommodate four adults in a cabin that is noticeable for stylish presentation, supportive – if Germanically-firm seats – and some clever touches like the pocket in the centre stack to slot your smartphone and the ledge to rest your thumb on when operating the touchscreen. If you’ve ever bounced down a rough road stabbing at the screen and ended up listening to One Direction while trying to select Rage Against the Machine, you’ll know what a nice detail idea this is.

But there are some drawbacks. There are no rear air-con vents or door grabs and only the driver gets an auto-up power window.

But the real issue for Astra is Holden. It has acknowledged its past flaws, declared itself a new-age car company and set its sights on the future.

The Astra will be a great test of its mettle, because the three-model range is no longer cut-price – as the Cruze was. It is well equipped, but Mazda, Hyundai and Toyota – heck VW for that matter - play this game hard and if sales numbers don’t hit targets it will be telling to see how well Holden and its powerful dealer body resists the instinct imbued over decades to discount in search of volume.

So yes, the Astra is the vanguard of a future many of us are dreading, but at least the car itself is worth welcoming. 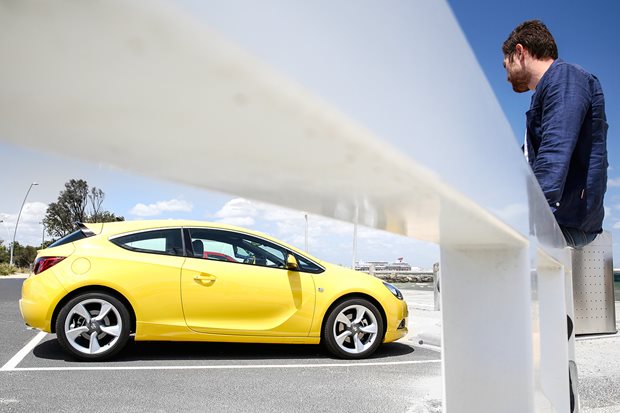 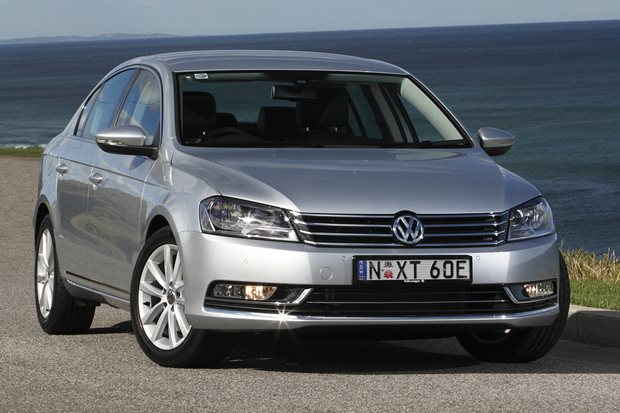 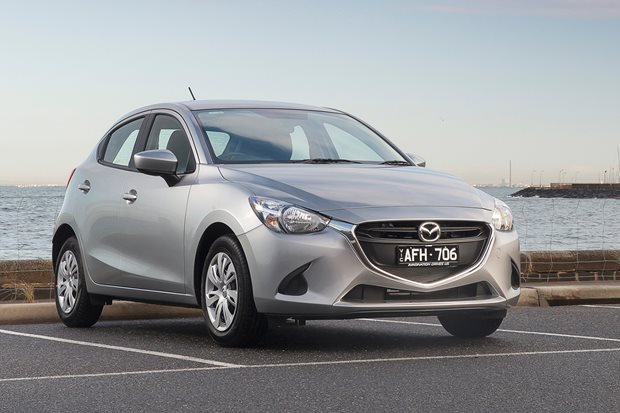 For the best value in motoring, look no further. 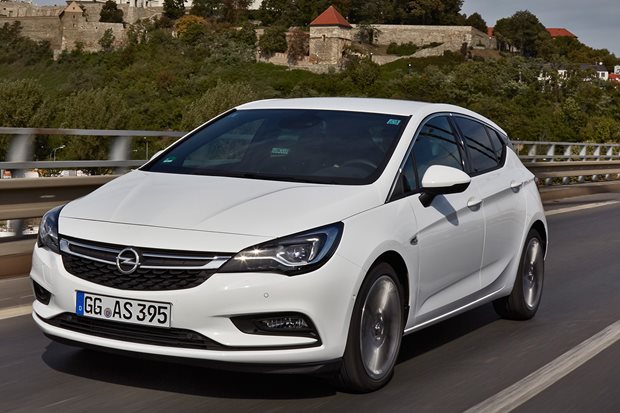 The Opel Astra is new from the ground up, and will headline a cutting edge, high-tech future for Holden when it replaces the Cruze