THE 2017 Kia Rio is a smarter, classier package, let down by an ageing heart.

WHAT IS IT?
Rolling on a new platform and sporting a new-found maturity, the three-tier range (S, Si and SLi) is now offered solely as a five-door hatch and has just one engine choice from launch – an aspirated 1.4L-litre mated to either a six-speed manual or four-speed automatic.

WHY ARE WE DRIVING IT?
Because after years of lagging behind the top-three in the cut-throat small-car segment, this new-gen model is a chance for Rio to leap to the top of its class. And it has arrived spoiling for a fight with the Mazda 2 and Volkswagen Polo thanks to improved space and packaging, even sharper styling and the addition of crucial equipment like Apple CarPlay and Android Auto. 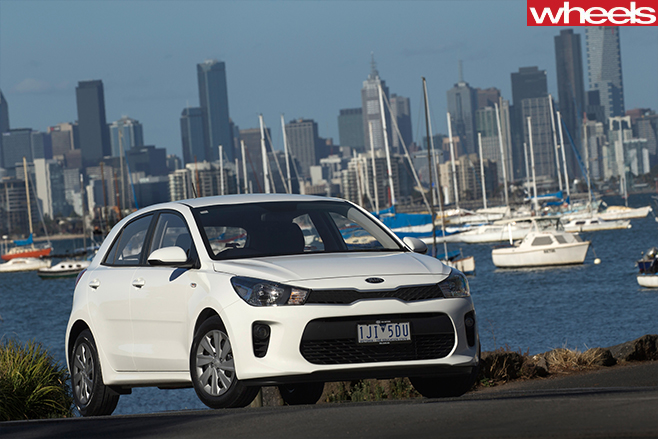 THE WHEELS VERDICT
Better in every way, except for under the bonnet. New-gen Rio’s carry over 1.4L-litre is an ageing heart in an otherwise impressive and decidedly good-looking package that continues Kia’s trend of producing convincing and well-equipped models. Kia Australia’s plan to add a faster and more efficient, three-pot turbo to the range can’t happen soon enough.

THE WHEELS REVIEW
GOOD, but not quite good enough to trouble the small-car elite was the story with the previous-generation Rio. Kia’s popular city car has long hovered on the cusp of segment leadership thanks to its locally tuned chassis, solid equipment levels and the assurance of its seven-year warranty, but it lacked the verve, the dynamic nous and the drivetrain sparkle to truly rival the likes of the Mazda 2 and Volkswagen Polo.

Enter the fourth-generation Rio. Now bigger, better looking and better equipped than before, the new-gen Rio brings a welcome dose of maturity to Kia’s small-car line-up. Riding on a new platform and a wheelbase that’s grown by 10mm (overall length is up 15mm), the Rio makes the most of its boosted dimensions with a crisp, well-proportioned exterior design that looks distinctly European.

It’s the same story inside, where a floating 7.0-inch touchscreen which adds Apple CarPlay and Android Auto connectivity, and Audi-esque drop-down buttons for the air-conditioning controls provide a quality Euro feel. You notice the extra-space too. Leg and shoulder room has increased in both rows, and there’s ample headroom for 6ft-plus passengers in the rear seats. The seats (cloth in S and Si, fake leather in SLi) are firm but comfortable and provide decided back and thigh support.

Of course, this being a Kia, the interior ambience is dark and monochrome with none of the design flair or colour you find in a Mazda 2, but there is plenty of useful storage including large bins in the doors for water bottles and a two-level cubby in-front of the gearstick to place phones and wallets.

There’s plenty of equipment, too. Every Rio scores a reverse camera, keyless entry, auto headlights and power winders, while Si grades and above add sat-nav, digital radio and cruise control. 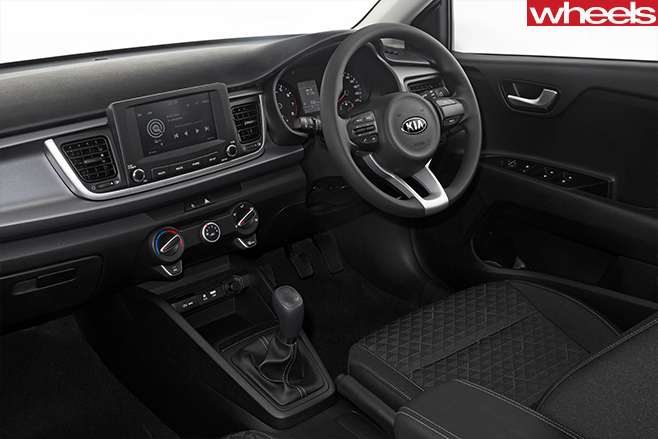 Pricing remains unchanged and starts at $16,990 for the six-speed manual S (well above entry-level models from Mazda, Renault, Ford and Toyota which all begin around $15K) before topping out at $22,990 for the SLi auto.

Where the Rio really stumbles, though is in the engine department. Kia has dumped the old car’s muscular 1.6-litre donk, meaning that for now, the sole engine option is an ageing, and uninspiring 1.4-litre aspirated four-pot. Carried over virtually unchanged from the previous-gen Rio, the atmo lump has undergone some efficiency improvements for a minor fuel consumption gain (6.2L/100km), a move that has seen outputs drop slightly to a modest 74kW/133Nm.

Gearbox choices include a six-speed manual (base S only), or a four-speed automatic, with the latter only emphasising the 1.4’s lacklustre power and torque. Performance is acceptable in city traffic thanks to decent step-off from the lights, but on the open road the auto’s lack of ratios expose a torque-light mid-range and a harsh top end, which can make hills and overtaking a noisy and lethargic experience.

At least the dynamics make up for the disappointing drivetrain. Like most of Kia’s range, the Rio has been fettled for Aussie roads by Kia’s suspension guru Graeme Gambold and the result is handling that feels taut, controlled and on twisty roads, even fun. The steering in particular is a highlight, and is well-weighted, fluid and accurate. So while the new Rio offers important steps forward in terms of design, quality, connectivity and dynamics, it’s a disappointing step backwards under the bonnet. And in this saturated, cut-throat section of the market, that’s enough to cruel the Rio’s attempt to leap to the top of its class. 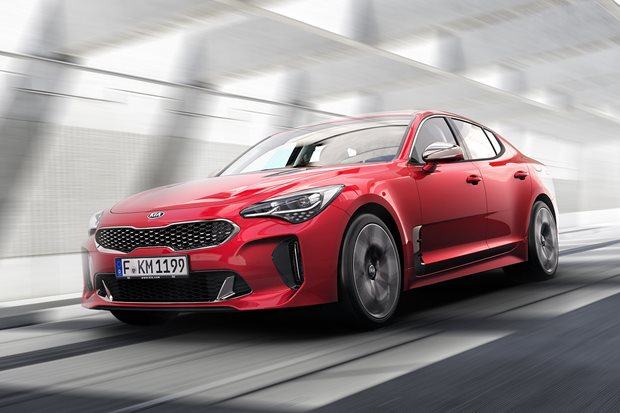 Kia sedans are boring, right? So why is the internet losing its mind over this one? We explain why the new Kia Stinger is the Korean carmaker's most important car in a long time, 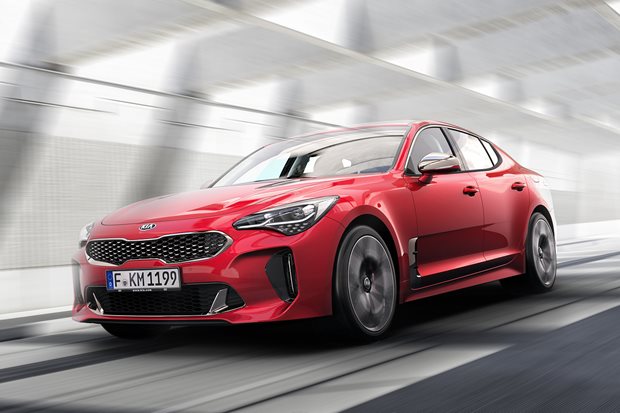 There was no shortage of tasty metal released last year, but 2017 is already shaping up to be another big one in the world of cars. Here are the cars we can’t wait to... 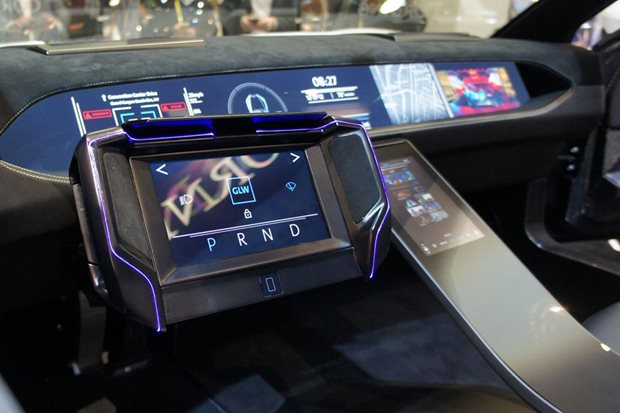