WHAT IS IT?
Mazda’s brilliant ragtop roadster range has diversified and grown to include the Mazda MX-5 Retractable Fastback (RF), Mazda’s second attempt at a folding hard-top for its iconic sports car, but with a greater focus on coupe aesthetics and maturity.

WHY WE’RE TESTING IT
Mazda worked off the flab and went back to basics with its fourth-gen MX-5. After such an effort to reference the original of 1989, does the hard-top MX-5 RF take away from the regular car’s revived purity? 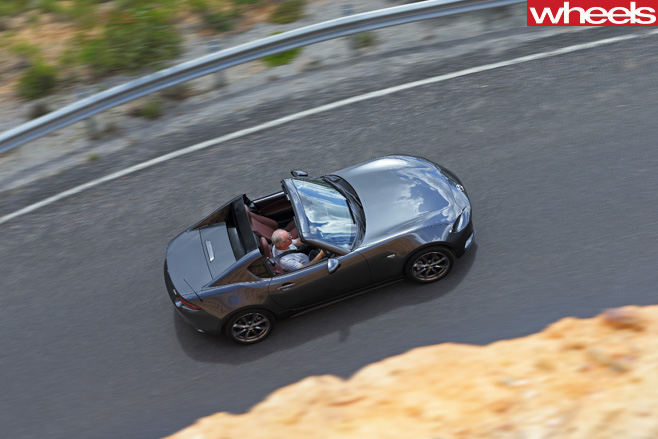 THE WHEELS VERDICT
An alternative take on a familiar philosophy, RF manages to be more alluring outside and more refined inside without taking anything away from the brilliant sports car on which it’s based.

THE WHEELS REVIEW
Mazda has a legacy of ambitious engineering exploits spanning seven decades, and the MX-5 RF bears witness to it. Its folding metal lid wasn’t envisaged until two years into fourth-gen MX-5 development, when packaging it without extending the wheelbase or greedily eating into cargo space became a complex conundrum to crack. 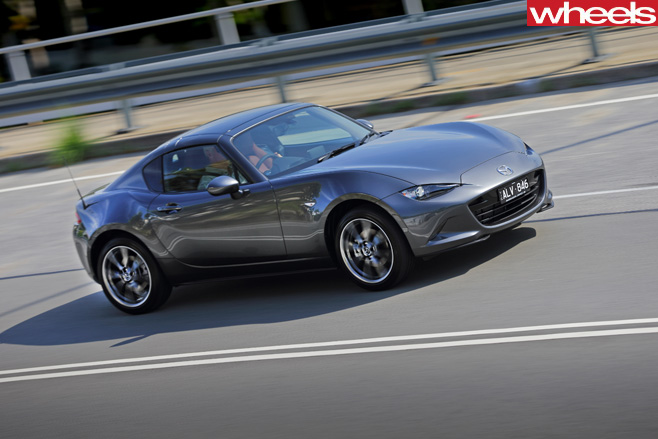 Chief designer Masashi Nakayama’s elegant targa solution is far less compromised than the flabby third-gen’s retractable hardtop, and bears a convincingly premium and coupe-like appearance that Mazda hopes will broaden the appeal of its revered roadster to those who wouldn’t normally consider one.

Crucially then, the four-piece roof mechanism adds more than just 47kg of moving parts. It brings maturity and a kerb-side allure the regular car lacks, with an imperceptible impact on its dynamic purity. 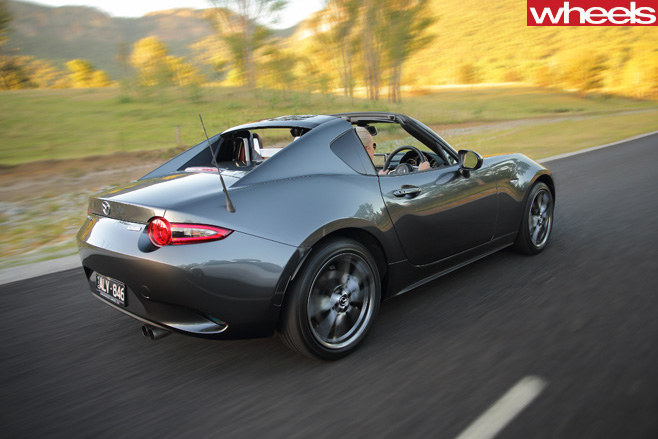 Mechanical changes are limited to a firmer front anti-roll bar, increased stroke for the front dampers and more compliant rear suspension bushes. The ride, though soft for a sports car, is brilliantly controlled; leaving the MX-5’s fabled steering sharpness and poised chassis unspoilt. 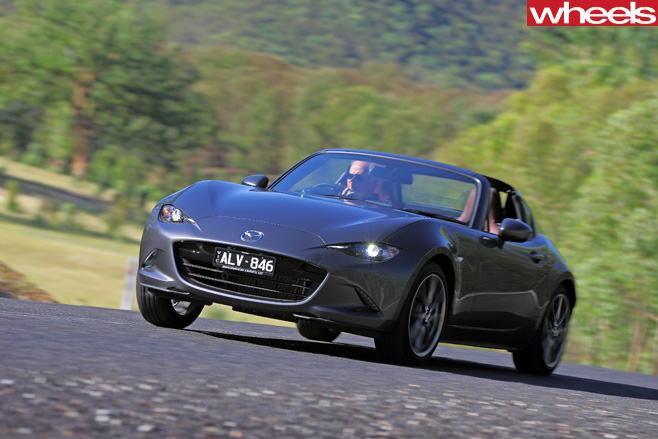 It’s deliciously encouraging when driven enthusiastically. Relatively moderate power outputs are enough in such a lightweight frame, and there’s still no picking the weight difference without a back-to-back test, which should say enough about how minimally it impacts.

It takes 13 seconds to open or close the RF’s lid, which can be done at speeds of up to 10km/h. Mazda’s engineers laboured over the final stages of the roof’s articulation, and by slowing the servos at the end of their movement they managed a smooth and quiet latching motion, like soft-close drawers in a modern kitchen, that does a lot to realise the upmarket experience Mazda set out to achieve. 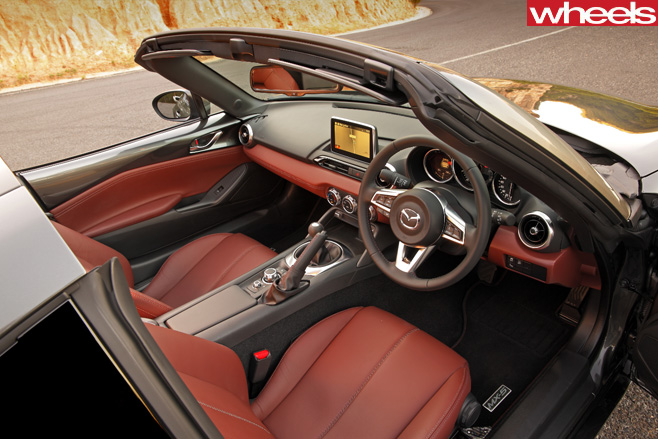 Roof up or down there’s a posh feeling inside the RF that verges on flashy in GT trim. Tyre roar remains a carryover issue from the soft-top, and there’s some unwelcome wind noise around joins in the roof at highway speeds, though overall cabin refinement is improved by the solid canopy making the RF more intimate.

Additional safety systems include blind spot monitoring, which it needs considering the huge obstruction of the RF’s tapering rear buttresses. Sadly, a rear-view camera is still an optional accessory for all models.

The greater sense of freedom offered by an open-top car usually comes at the expense of security, sports credibility and roof-up looks. The RF manages to cover those bases without losing any of the Mazda MX-5 essence that charmed its way to the top of COTY 2016. And if it means more people get into one, then the RF deserves its place in the line-up.