It's an update for Volkswagen's iconic hot hatch. This Mk 7.5 is a midlife facelift; a freshen up that retains the core (and rather excellent) mechanic fundamentals of the existing GTI, but adds small styling tweaks, new alloys, a smidge more power and revised infotainment and instrument clusters.

While mechanical changes might be minor, Volkswagen is expanding its Golf Performance range. If you loop in the GTI's burlier, all-wheel-drive sibling, the R, customers will soon have the choice between 11 variants across three bodystyles. We drove the range to find the sweet spots and to see if the GTI can still hold its own against a growing armada of faster and harder rivals.

It’s easy to be cynical of the ‘new’ Golf GTI. Glance at its specs, or even spot one in the metal and the changes appear so small that you'd be forgiven for thinking Volkswagen has phoned it in. Or worse, that Dieselgate’s cost-cutting measures have finally hit home.

Yet while similar on the surface, the Mk 7.5 GTI’s magic lurks in refining one of the great hot-hatch recipes. This remains one of the best, if not the best, hot hatch on sale thanks to a duality of character that ensures it isn't only fun when the road gets twisty, but refined, comfortable and practical when it doesn’t.

PLUS: Overall polish; all-round ability; traction and balance; rorty performance; broader range
MINUS: Too polished for some; Drive mode button hidden behind gearstick 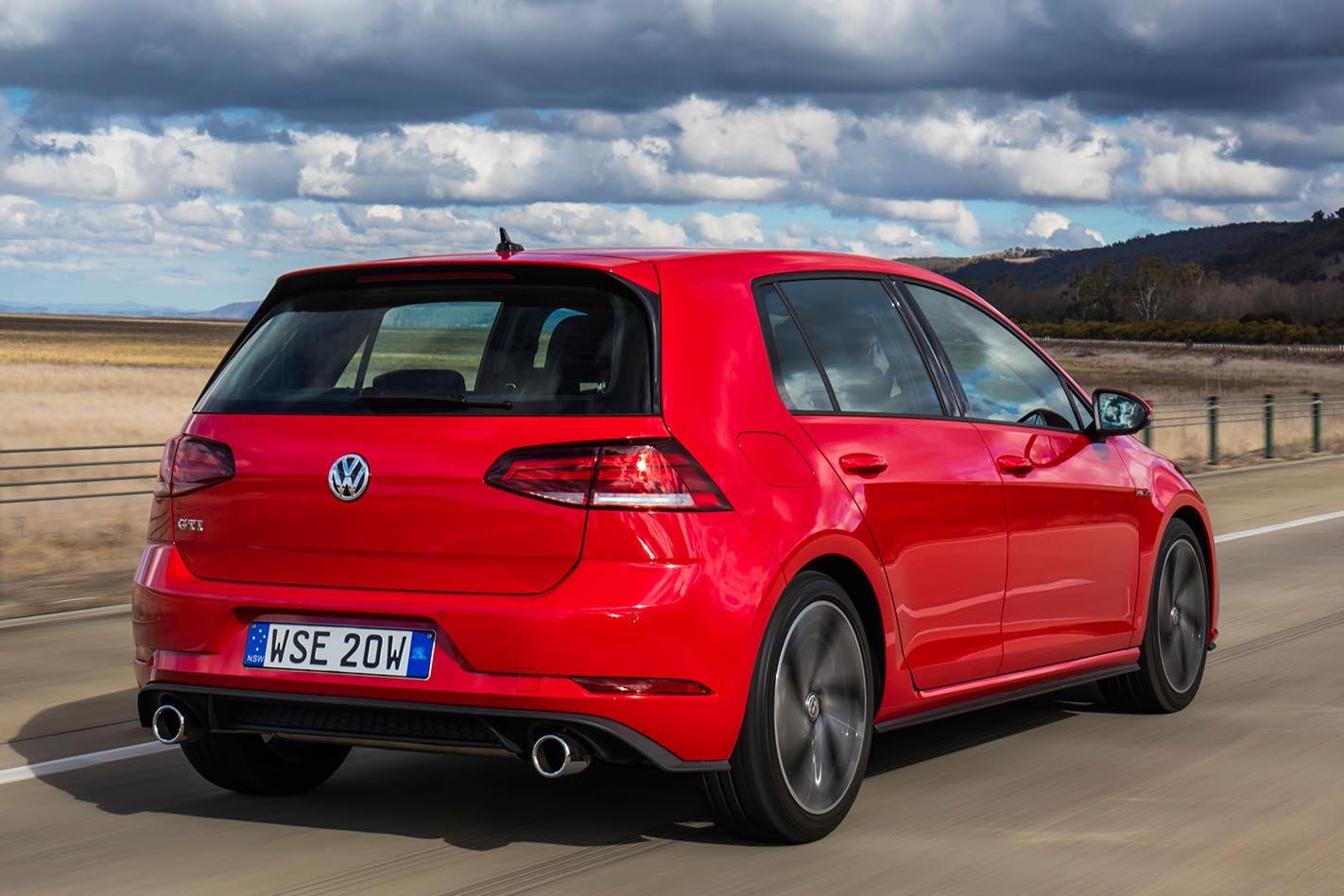 AT A dinner party recently, I ran into a friend who’s poised to buy a hot hatch. He'd been researching for months, he told me, and then, with the wild look of a man who has spent too much time in front of a computer trawling through spec sheets, he exclaimed, "We're in a hot-hatch boom!" I could see his point.

Today's hot-hatch buyer is spoilt for choice with ever-rising power outputs, cutting-edge all-wheel-drive systems and exotic-sounding modes that start with ‘Drift’ all jostling for position. All of which has had an interesting impact on Volkswagen’s iconic GTI. Once the ‘go to’ hot hatch, the GTI now finds itself relegated to virtual ‘lower-tier’ status without the hardcore performance focus of more advanced rivals. Don’t think this means the GTI has lost its appeal, however. 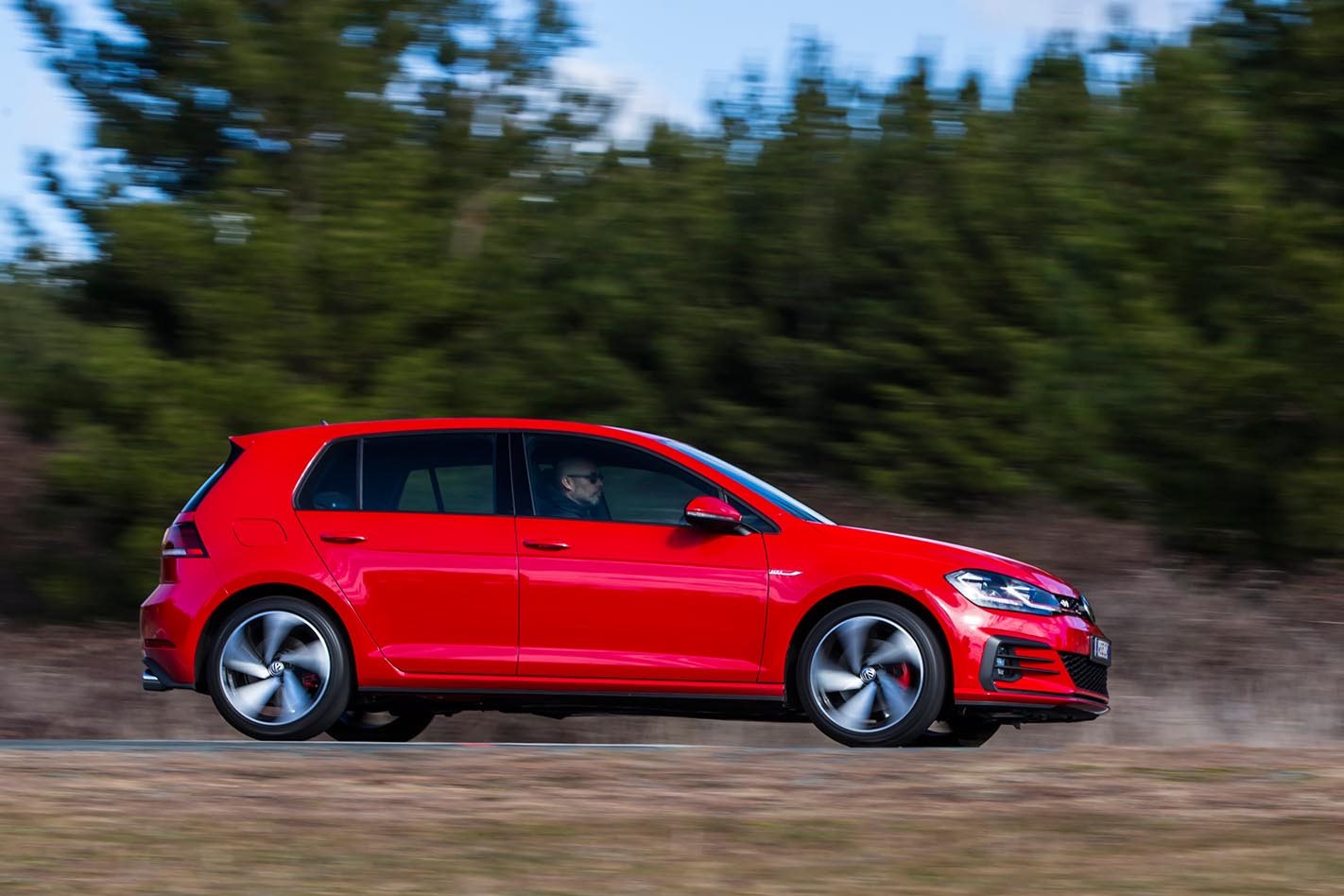 Here now in ‘Mk7.5’ guise, like the rest of the updated Golf range we reviewed last month, this ‘new’ GTI is effectively a facelift. Tweaked front and rear bumpers, new 18-inch alloys, larger exhaust pipes and LED headlights that replace the old car’s Xenons are the extent of the visual changes, while inside, the cabin refresh extends to a new-gen infotainment system with a larger screen, and the inclusion of an Audi-esque virtual cockpit instrument cluster to the options list.

The mechanical changes are, if anything, even more subtle. Power from the EA888 2.0-litre turbo is up 7kW to 169kW and torque remains at a meaty 350Nm, though is now available over a wider 1500-4600rpm rev range. Buyers will have the choice of either a slick-shifting six-speed manual or a six-speed dual-clutch, with the latter helping propel the GTI from 0-100km/h in 6.4sec.

Small changes, then, but refining one of the best all-round hot hatches on sale is no bad thing. Point that red lipsticked nose at a winding road and this remains a hugely engaging family hatchback. The 2.0-litre engine is gutsy, smooth and quick enough to feel exciting, the six-speed manual (VW says a full 20 percent of buyers will opt for the stick) is a real highlight, and the traction from the front axle is excellent. 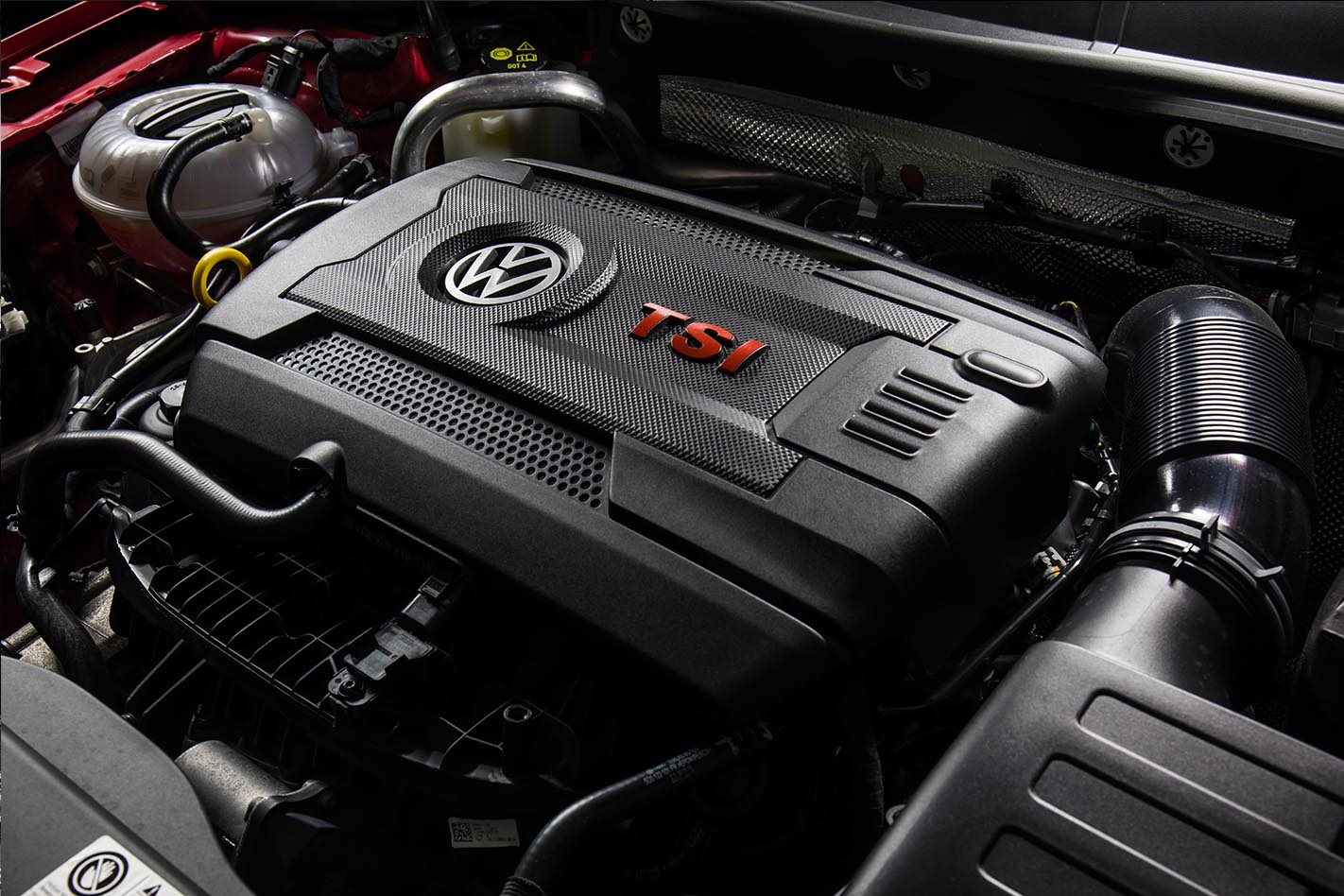 Unlike the three-door-only GTI Performance Edition One, which is limited to 150 units and boasts 180kW/370Nm, plus an electrically controlled mechanical limited-slip front differential, the regular GTI uses the car’s electronics and brakes to achieve a similar result. Barrel into a bend too quickly and you can feel the brakes nipping away to trim your line, but the progressive variable-ratio steering (2.1 turns lock-to-lock) is communicative enough to ensure it’s easy to tread the line between grip and slip, and eventual ESC intervention.

Driven hard, the GTI is lighter on its feet, more playful and arguably more rewarding than its angrier, all-wheel-drive sibling, the R, which feels squarer on the road and more hunkered down as it slingshots you out of corners.

Yet where the GTI’s magic lies in its duality of character. Drive it around town or on lumpy country roads and you’ll notice how quiet the cabin is, and how amiably the suspension soaks up bumps. That the cabin is richly trimmed and generously equipped, and the seats comfortable and supportive in both rows. 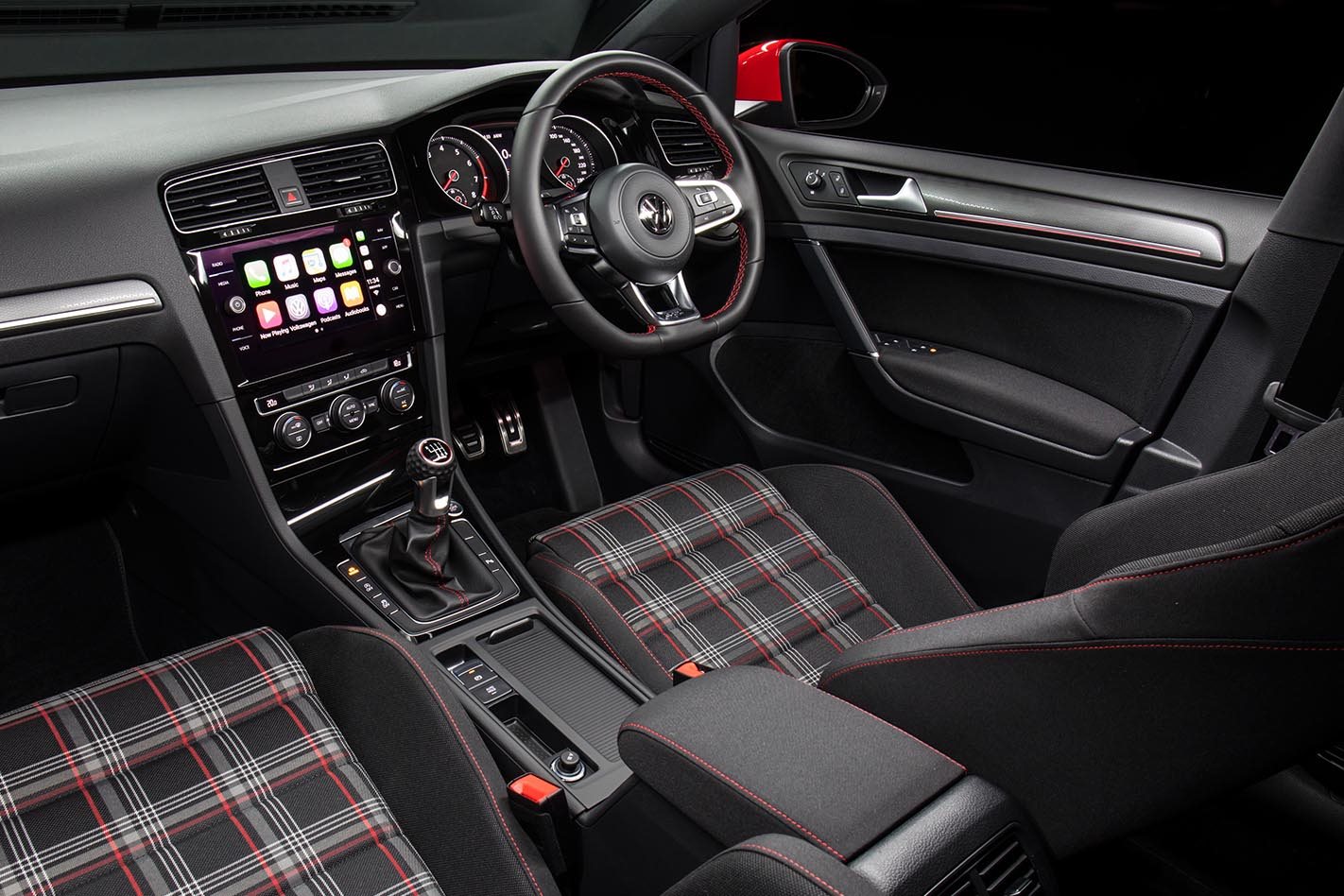 Even better news is that while you could argue Wolsfburg’s engineers haven’t been that busy with the new GTI, VW’s Australian product planners have been. Set to join an expanded local line-up is a sub-$40k variant, dubbed GTI Original, that will sport a lower specification (such as passive, not adaptive, dampers) and a three-door-only bodystyle.

A five-door version of the 180kW GTI Performance is also on its way, with the plug-in hybrid GTE also under consideration. It means the GTI family is now a broad church, but whichever you choose, as a blend of all you need, the GTI remains the master.